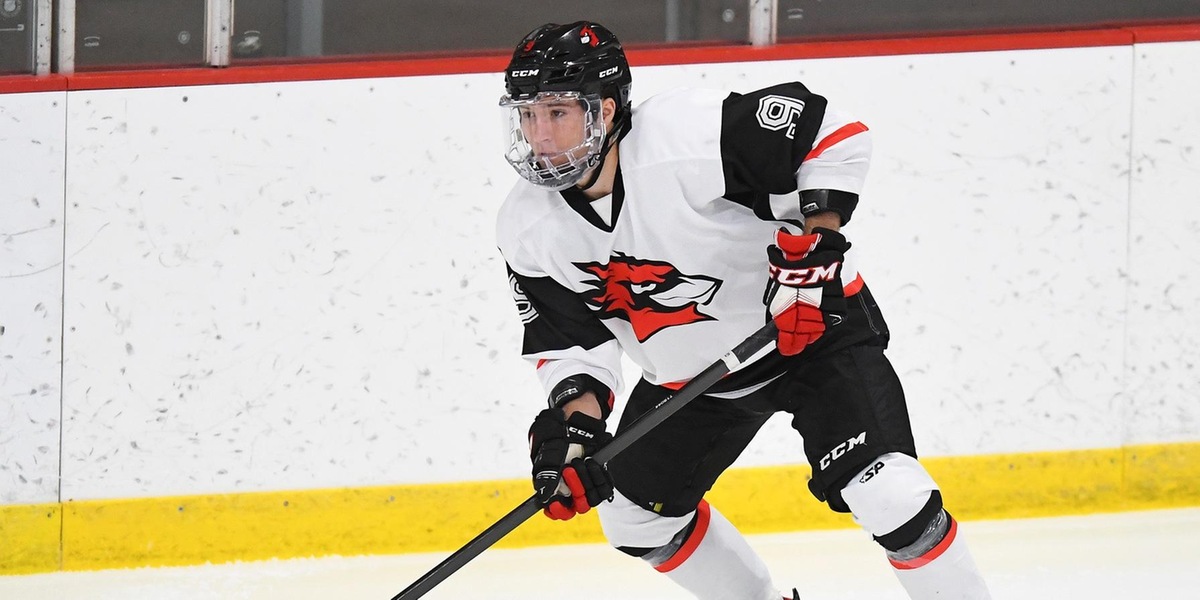 The men’s hockey season has been defined by one word: inconsistency. They have not won back to back games since Jan. 18th and 19th. Over the weekend, the trend continued when the team beat Colby on the road, but then lost to Bowdoin the next day. This erratic stretch left the Cards with a record of 7–8–1 in NESCAC play and a 11–10–1 record overall.

In the game against the Mules on Friday night, the Red and Black won 4–2. Despite the final score, the game got off to a rough start; the Cards fell behind right away, after Colby scored in the first minute of the game to take a 1–0 lead that lasted for the rest of the period. However, Wesleyan responded in the second, as Matt Zandi ’21 scored with just under 13 minutes to go in the period to tie the game at 1-1.

Wesleyan then scored twice more to take a 3–1 lead into the second intermission, as Tyler Wyatt ’20 scored with just under six minutes to go. Zandi added a second goal just three minutes after Wyatt’s to put the Cards up by two. In the third, the Cards added a fourth goal, as Walker Harris ’20 scored with just over 12 minutes to go in the game. Colby added a second goal but it was too little too late to make a comeback.  Throughout the game, Wesleyan was actually outshot by Colby 27–22, despite winning the day. However, goalie Tim Sestak ’20 made 25 saves, standing strong in the victory.

Despite the positive momentum of the win, the Cards could not string together back to back performances. After their victory, the team lost to Bowdoin by a score of 3-1. Similar to the game against Colby, the Red and Black fell behind early, as Bowdoin got on the board in the first period just over five minutes in. The Polar Bears then added a second goal just under three minutes later to take a 2–0 lead. The score remained the same until the end of the third, when Tyler Levine ’22 scored with just over a minute left to cut it to one. Unfortunately, the comeback fell short as Bowdoin added an empty-net goal shortly after to secure the victory. On the stat sheet, Wesleyan was outshot 36–24 and Sestak made 33 saves in the losing effort.

Captain Spencer Fox ’20 discussed the erratic play of the Cards.

“The team was inconsistent this past weekend and has been characteristic of our year so far,” Fox said. “We seem to bring our ‘A’ game one day and then have a letdown game the next.”

He added that putting the pucks in net was a major reason why the team was able to rebound from the prior loss against Middlebury to beat Colby.

“The key to getting back in the win column against Colby was our execution,” Fox said. “We were able to capitalize on our opportunities and get four behind their goalie.”

However, in the game against Bowdoin, Fox felt that the team let their guard down a bit which led to the bad loss.

“The difference between the win against Colby and the loss against Bowdoin was our focus,” Fox said. “I think complacency started to creep in against Bowdoin, and we thought it was going to be a cakewalk. In the NESCAC anybody can beat anybody on any given night, a lesson we learned the hard way.”

Next, the Cards wrap up their regular season with a pair of games against Connecticut rival Trinity. The home game is on Saturday afternoon at 3 p.m. Trinity is currently in second place in the NESCAC with a record of 11–4–1 in conference and 16–5–1 overall. In addition to Trinity’s stellar defense, they are also second in total scoring offense with 51 goals scored. This will be a good test for the Cards as they try to secure their position in the NESCAC playoffs.

Fox emphasized the need for the team to bring their best game this weekend against competitive teams like Williams.

“The key against Trinity will be to minimize our turnovers because they capitalize on their opportunities,” Fox said. “Playing fast will also be essential because they’re a bigger and slower team. We’ve shown this year that we rise to the occasion against good teams, and I don’t expect anything different this weekend.”