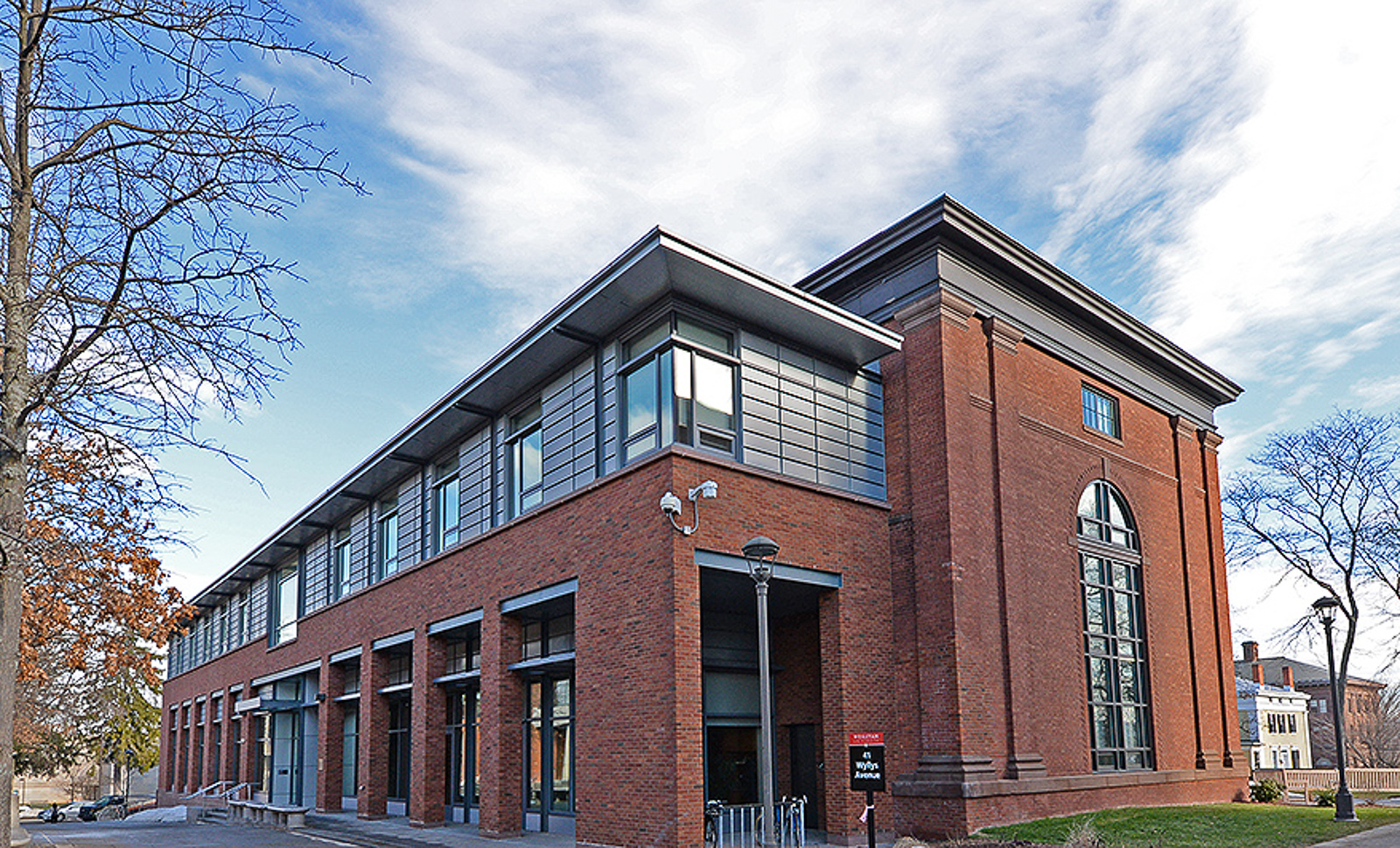 Attendees began the discussion by commenting on the fact that Long Lane Farm’s EarthTubs (fully enclosed vessels that perform on-site composting) are broken, which means that all industrial and residential compost from the University now go to a facility in Massachusetts. Students then discussed the fact that solar panels only account for six percent of the University’s energy use, but in order for the campus to move towards carbon neutrality, approximately 25% of the campus would need to be powered by solar panels.

The group also talked about a plan that is currently in the works that would require the University to switch from steam pipes to hot water pipes.

“Before we can electrify all of campus, we have to replace all of the heating systems…because right now they are based off of steam and that takes a lot more energy than hot water,” Miles Brooks ’20 said. “So they’re working to convert the steam pipes to hot water pipes and then once those are in place then they can use solar panels or other renewable energies to heat that water.”

The discussion then moved to the role of EFs. Students spoke about how EFs can better inform residents about sustainability. Some tangible goals students set during the discussion included requiring a SustainabilityEDU course (like the AlcoholEDU course that incoming first years must complete) as well as developing and incorporating a sustainability tour into orientation programming.

“[The EFs] mostly have focused in the past on composting [and] recycling,” one EF said. “That’s what we are working on with the freshman in the beginning and just making sure everyone knows where bins are located and doing the sustainability tour. But that is something that we are definitely open to adding to in the future.”

Arnaud Gerlus ’22 raised concerns about how sustainability groups on campus—and environmental movements more broadly—tend to be predominantly white, wealthy spaces that often feel inaccessible, which deters students of color at the University from engaging in their efforts.

“I just hear generally from students of color a lot that they really want to get involved in environmental issues and sustainability at Wesleyan, but they constantly feel imposter syndrome in these spaces because they are pretty overwhelmingly white,” Gerlus said. “I think that’s something that sustainability at Wes should be working to change to secure those students, because we have students from communities that are going to be primarily affected by climate change and often those voices are not heard by sustainability groups at Wes.”

Given these concerns, Bryan Chong ’21 asked how sustainability groups on campus may not be as accessible as they would like to be.

“What are sustainability groups right now doing—or not doing—that is making it not inclusive enough for students of color to join, or anyone else really?” Chong asked.

One student responded that this barrier is rooted, in part, in the fact that people of different backgrounds have different levels of climate change education, and some students may feel like their voices will not be value or heard.

“I think a big part of it is just having the background and vocabulary,” the student said. “It can be really daunting to take a class or step into a space where a lot of people are speaking with a lot of technical knowledge about an issue, that you feel your voice is not as important in the room if you don’t have the scientific or social history and knowledge of the depths of things that are being talked about.”

One student also mentioned that intersectionality should not serve as peripheral to the climate crisis and sustainability, but rather be a main tenant to campus-wide dialogue in order to increase attendance from a more diverse coalition of students.

“Some of these things…like anti-racism, indigenous rights, these shouldn’t be peripheral to climate change,” the student said. “It has to be a part of the conversation…. It’s good to have events that also explicitly talk about environmental justice.”