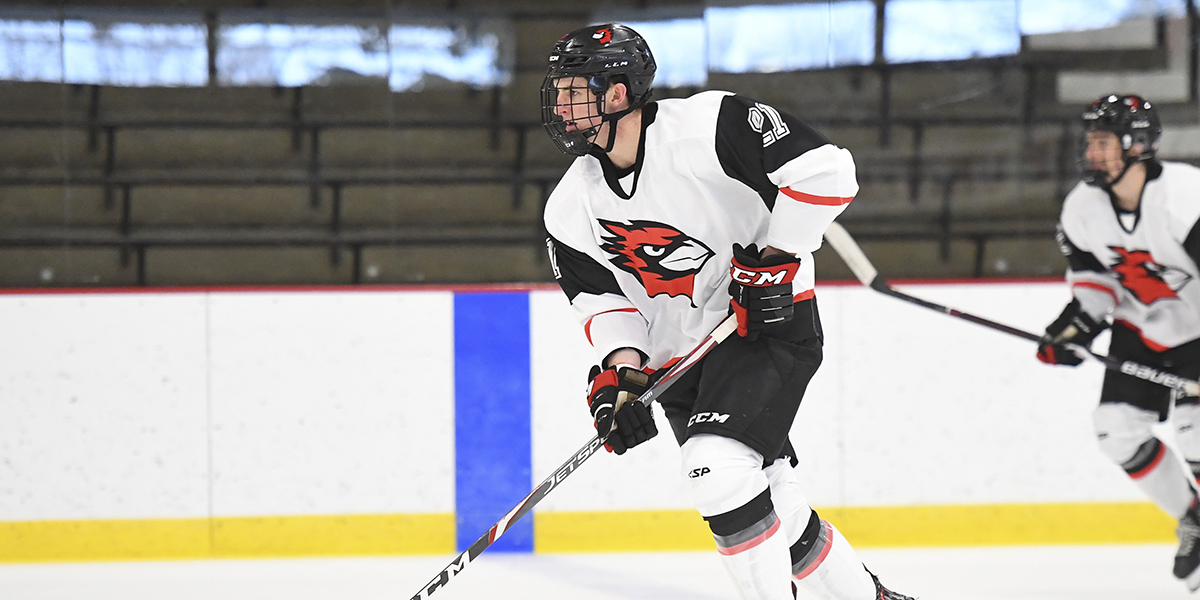 Following a four game losing streak, men’s hockey finally climbed back into the win column, upsetting no. 9 ranked Williams by a score of 3–1.

Going into the contest last Friday, Feb. 7, the Ephs had only been giving up an average of about a goal and a half each game. In the first period, the Ephs defense looked like it would continue its strong season, as Wesleyan tried everything to put the puck past a stingy Ephs defense. Despite 20 shots on goal, the Red and Black could not find the back of the net. However, the Cards were able to jump on the scoreboard during the second period, as Walker Harris ’20 scored on a short-handed breakaway at the 13 minute mark. The Red and Black added to their lead later in the period, scoring on a two-on-one opportunity. Harris fired a pass over to Cam Peritz ’21, who finished the play with a successful shot.

In the third period, the score remained 2–0 with just over three minutes remaining in regulation, until Williams made it a 2–1 game.

Fortunately, Wesleyan restored the two-goal lead shortly thereafter. Tyler Wyatt ’20 scored with just under two minutes left to seal the exhilarating upset victory for the Cards. This completed a total offensive effort for the Wesleyan, as they outshot the Ephs 38–30 for the game. On defense, goalie Tim Sestak ’20 made 29 saves in the upset victory.

However, the Cards couldn’t keep the momentum going in their next game against Middlebury, falling to the Panthers 4–1. Similar to the night before against Williams, the game against the Panthers remained scoreless after the first period. In the second period, Middlebury scored first to go up 1–0 a little over halfway through the period. The Panthers then added a second goal just under a minute and a half into the third period.

Wesleyan then cut the lead to one as Tyler Kobryn ’21 scored to break the shutout later on in the third. Nonetheless, it was short-lived as Middlebury answered within three minutes to extend the lead back to two. The Panthers then added an additional fourth goal to clinch the victory. Sestak made 23 saves in the loss, and Cardinals outshot the Panthers 30-27 despite losing by three goals.

Captain Spencer Fox ’20 was pleased with how the team played in both games over the weekend, emphasizing their quality skating and aggression on both sides of the ice.

“The team played well this past weekend,” Fox said. “We were fast on the forecheck, even faster on the backcheck, and blocked a lot of shots.”

Fox added that the key to winning against Williams was controlling the puck on offense and the agility of Wesleyan’s forwards.

“The key to the game was chipping pucks in deep and using our speed to retrieve,” Fox said.  “We made their defense turn very often which wore them down by the end of the game.”

Despite playing well in both games, Fox attributed the Saturday loss to their carelessness with the puck.

“The biggest difference from Friday to Saturday was the turnovers,” Fox said. “On Saturday we were trying to do too much at times instead of simplifying like we did on Friday.”

Next up, the Cards head up to Maine to take on both Colby and Bowdoin in their final multiple-game road trip of the regular season.

Colby is currently in last place with a 3–9–2 conference record, and Bowdoin is in eighth with a 5–8–1 record. Not surprisingly, this also means that they are near the bottom of the NESCAC in the stats column. Colby has the lowest scoring offense and Bowdoin has been the worst defensive team in all of the NESCAC this season.

Even though both teams are near the bottom of the conference standings, Fox stressed the importance of every game heading into the final four games of the season, with the Cards sitting in sixth place with a conference record of 6–7–1 and an overall record of 10–9–1.

“We need to treat these games like they’re playoff games and not look ahead,” Fox said. “We need to take care of business on arguably the most difficult road trip of the year.”

David Gottlieb can be reached at dgottlieb@wesleyan.edu