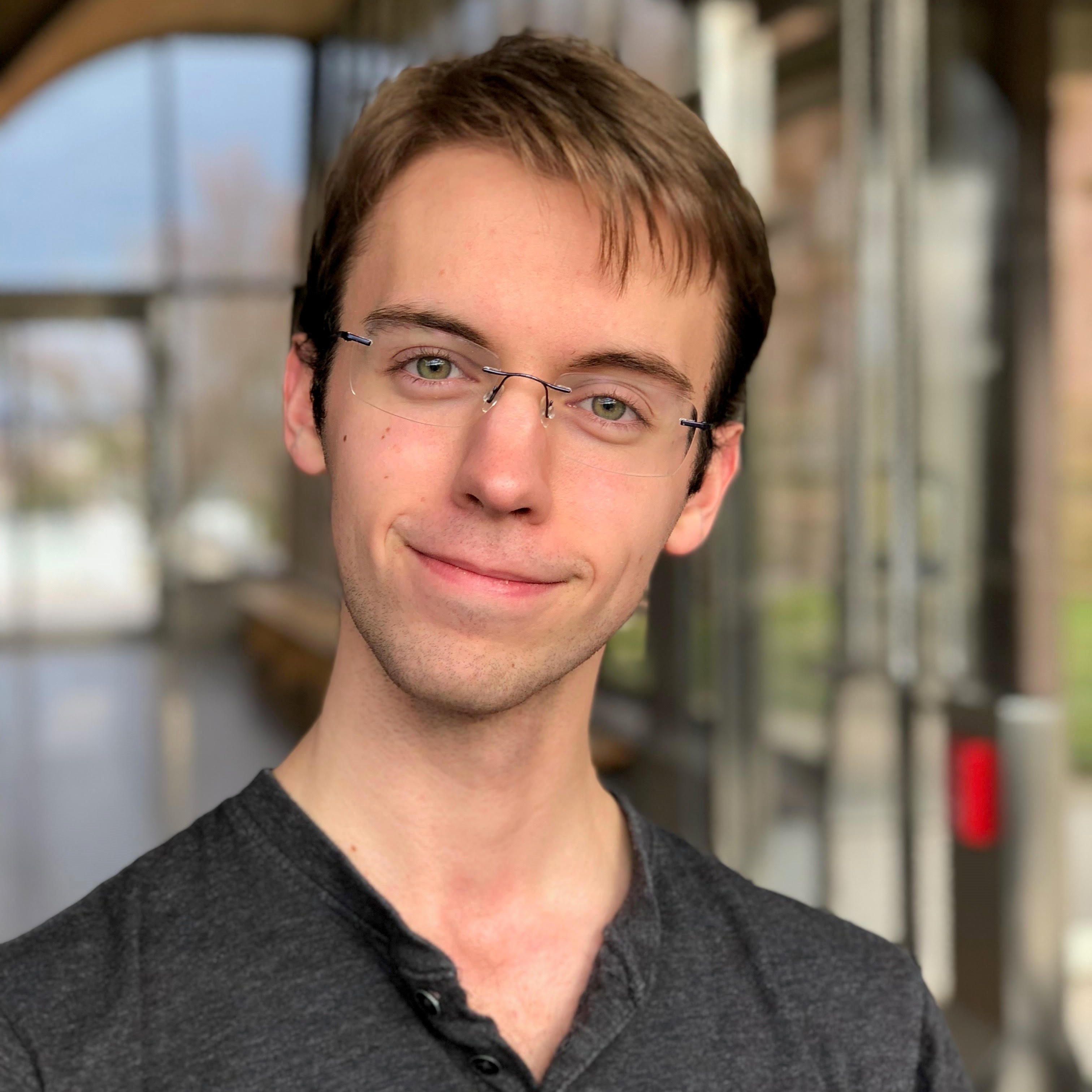 This particular WesCeleb’s four nominations contained a clear theme: Dylan Shumway is a ray of sunshine. After interviewing him, we completely agree. From The Dream Circus Project, to Video Game and Development Club, to the a cappella group The Mixolydians, and even a TedX Talk, Shumway has been involved in a wide range of activities at Wesleyan. His breadth of interest is reflected in his pursuit of his University major, a mixture of Neuroscience, Music, and the IDEAS cluster. We sat down with Shumway to learn more about this unusual combo, his years at Wes, and possible vandalism.

The Argus: You did a TedX Talk last year. What was that like?

Dylan Shumway: It was wild. It was cool to be able to give a speech like that in that sort of arena, because it is very structured and cool to get to share your own ideas and have people be engaged. It was very consuming in a way, there was a lot of thought and focus that had to go into it, and sometimes it felt like the structure was very confining. But it’s cool to have people come up and be like, “You’re the guy who gave a TedTalk on this,” like, “I saw it on the stream” or “I saw it live, and I really appreciate what you said.” That feels good, to be able to know that your words had an impact on people’s lives. Cool stuff.

A: What made you want to do a TedX Talk in the first place?

DS: This is going to sound really silly. I was in high school, we had senior superlatives in our yearbook, and I was one of two people nominated for “Most Likely to Give a TedTalk.” There was a part of me that was like, “Okay. This opportunity is here. I feel like I have to do this.”

A: I mean, if you get the superlative…

DS: It’s destiny, it has to happen! But it’s also just like, I did Speech and Debate in high school a little bit, and so I was really interested in bringing that part of my life back and being able to speak publicly and get that experience. And be able to share the idea.

A: Do you have a favorite project that you’re working on now, or that you’re going to work on?

DS: I think I’d have to say “Dream Circus.” Because I wrote the score for the show, which ended up being an hour fifteen worth of music. It was just so cool to see that music bring the show to life and have your creative work resonate with people, and like people come up to the directors at the end of the show and be like “Who wrote the music? That was so cool!” and knowing that it impacted people and made people’s experiences so much more engaging was just really empowering.

A: When you work with that length of time, does it change the process?

DS: So it’s interesting because “Dream Circus” was a nonlinear show, so people wouldn’t necessarily hear all of our music, and they wouldn’t necessarily hear it in order, so one thing that was interesting for me was thinking about how…how do all of these songs relate to one another, in terms of sound, feel, and vibe? Because someone could go from one room to another, and you don’t want them to be jarred out of the experience. And so in terms of managing that much work, it became a process of going back and listening to what I’d already written and being like, “Does this still fit? Is it still in the same texture, or vibe?”

A: Do you arrange for The Mixolydians?

DS: I’ve done a bit the past couple semesters, it’s not anything spectacular. We do a lot of—The Mixolydians do a lot of pre-arranged work, because we do a lot of choral texts, so we’ll often sing like Renaissance music, or modern choral stuff. We try and do some world music here and there, and there are lots of interesting composers and arrangers from all different walks of life. Usually we try to source from pre-existing places. But if we need someone to arrange something I’m happy to lend my hand.

A: Why are you interested in this specific genre of a cappella?

DS: I grew up as a choir kid, so part of it is past experience, but I also think that choral music involves a certain amount of tuning and just different technical practices—not necessarily more or less—but there’s a lot more focus on unifying group sound and changing your sound depending on what type of choral music you’re singing. So like an 1800s European piece is going to have a very different vibe from a contemporary Filipino folk song. And thinking about that, to me, has been a really creatively satisfying experience, to be constantly thinking about, “Okay, how do I do this, how do I grow my abilities as a singer?” And also it’s a great collaborative space, because everyone is doing that, not only by themselves but also in relationship to the group.

A: How does that style of music and composing relate to video game development, because I know you did some scores for video games…we found your website.

DS: [laughs] I feel like it falls into a similar vibe of unifying the sound across different tracks, where it’s the same type of thought process. Where in a choir setting, you’re thinking “How does my voice fit into the ensemble?” and composing for games, I’m thinking about, “How does this song fit into the greater soundscape of the world, or mesh with the visuals?” I guess the background creative process is the same between the two, if I had to find something that was similar.

A: You do a University major. What’s the process of that like? Can you tell us a little bit about your major in general, too?

DS: So I’m doing a mix of music, neuroscience, and the IDEAS cluster, which is like design/engineering, and I’m looking at how cognitive science can be used in design in both creative and productive applications. It’s similar to user experience design or interaction design, but it’s looking at both the productive side of like software development, and thinking about government systems, but also the creative side, of how can you craft art that takes advantage of these perceptive systems to get certain emotions, feelings, or convey a narrative in a specific way? It’s a fun way to combine STEM and arts, which is something that I really wanted to do while I was here…. It’s been rewarding and I’m glad I did it, because I now have this toolset of classes and experience that I’m really interested in. It is a little draining at times, though.

A: What’s it like being a senior? Is it a weird period of time?

DS: I feel like I haven’t had much time to think about it. [laughs] Sure, this is the last year, so I want to be conscious of doing things I haven’t done yet. But I’m just here…doing the Wesleyan grind, and making it through.

A: Do you have any bucket list items you want to do before the end of the year?

DS: One of them was to do Terp, and I did that. Which was fun.

A: What was your dance?

DS: The evolution of Taylor Swift, which was a really fun time. It was a very wholesome good time. [As for another bucket list item] part of me really wants to get on a roof…[laughs] somewhere on campus.

DS: I’m particularly drawn to the CFA because it’s so flat, and I feel like if you got on top you could see all of it, if you get up on…. I guess the music studios are the tallest one? But you could see the tops of all the other buildings which I think would be really cool.

A: You could write a message on top of the other roofs for the next person who climbs up.

DS: Ooh, yes! In the vein of bucket list items that are not necessarily…allowed? There’s a slight act of wholesome vandalism that I want to do. There’s one seat in Olin, on the second floor, the area where there’s a counter running along the edge. Part of me, either on the pillar or on the ceiling above the pillar wants to write “you got this” on it in very small black marker. I don’t think that will happen, because it’s vandalism.

A: To go off of that, what do you hope to leave behind?

DS: I remember one thing my mom told me freshman year when I was having trouble making friends: “You should just smile at every person you see.” Freshman year I was like, “No, that’s too hard,” but it’s become a conscious choice of mine to do that, in the vein of the “small moments” thing. I don’t know how I would do it, but to leave behind some cultural element that’s just a little more openly friendly to people you do and don’t know. I also fall victim to this, but getting stressed, eyes glazed over, “I need to go to my next thing, god, what am I going to do about x, y, and z” and when you’re in that space it can feel very alone and sometimes having someone look at you with a smile on their face can be a slight thing. It might not fix your problem, but at least helps you spin out of that thought process. So that’s something I’d like to do. I don’t know how…I still haven’t figured out how to do it on a campus-wide level.

A: Do you have a favorite Wesleyan moment?

DS: There was a moment last year, where I was sitting with a senior friend on Foss and just talking about the campus experience. Sitting in Usdan on a quiet morning and just having the entire place be empty except for a few people and having the sun coming through the windows is very calming…. I have a lot of very good moments with friends, like the a cappella group I’ve been a part of and the communities I’ve been involved with, but also being aware and learning my limits. The moments where things felt like they couldn’t go on and then they did go on. Those moments aren’t necessarily happy to remember, but are things that I think are important to remember, and I do find myself going back to and I know it’ll be okay. It’s going to sort out, somehow.