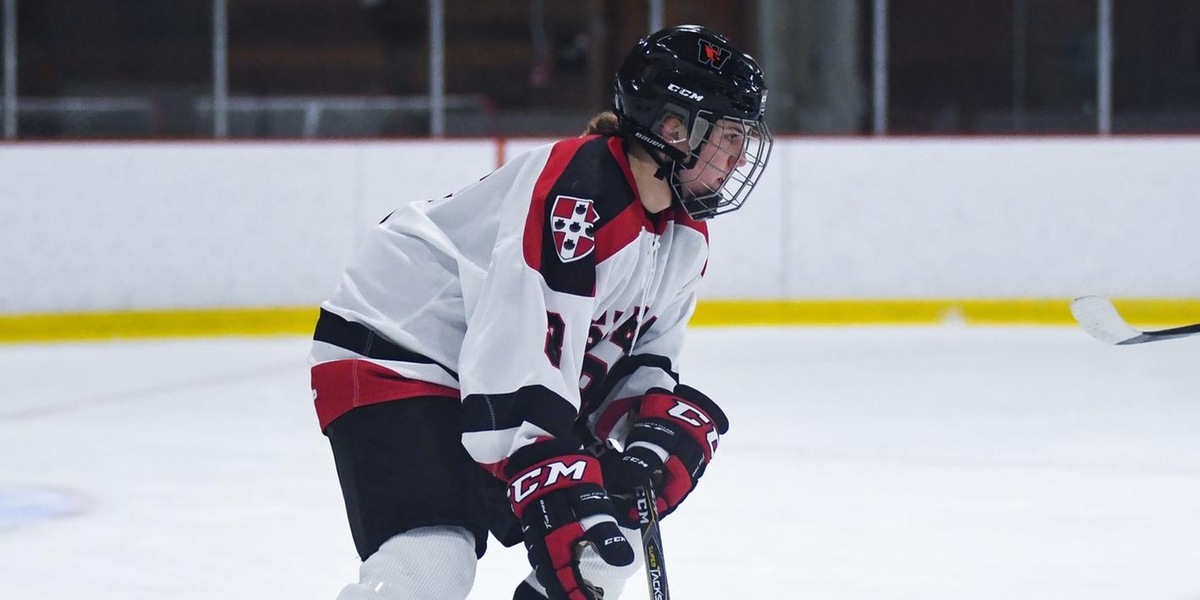 Wesleyan Women’s Ice Hockey began its season last week in a doubleheader away at Bowdoin. After going through a rocky 8–16–1 season last year, the Red and Black hoped to start this year off strong, facing a Bowdoin team who had a 2018-2019 record of 3–19–2.

The first game, which took place on Friday, Nov. 15, was an absolute thriller. Wesleyan was the first to get on the scoreboard with a quick goal made by Steph O’Brien ’22 less than two minutes into the first period. Rachel Ziff ’23 had carefully moved the puck deep into the right corner of the Wesleyan zone before she found O’Brien ’22, who weaved it through Bowdoin’s defense and past goalkeeper Dani Marquez for the score.

The game remained 1–0 until six and a half minutes into the second frame, when Alicia Nickolenko ’20 tapped a rebound from senior Colleen Castro ’20 into the goal, giving the Cardinals a dominant 2–0 lead.

Apparently, Bowdoin took notes from Castro, as four minutes later, Polar Bear Peyton Mulhern smashed a rebound off a denial from Cardinal All-American goalkeeper Allegra Grant ’20 into the goal to finally get Bowdoin on the board.

Less than a minute later, the Cardinals took a 3–1 lead. Audrey McMahon ’21 caused a turnover deep in the Bowdoin zone, before finding Cali Stevens ’21 in the slot for the tally to give the Cardinals a comfy two-goal lead again.

Unfortunately, the Polar Bears were able to rally over the next period and a half, with two goals by Mulhern and Izzi Stoddard. With the game tied up 3–3 at the end of regulation, overtime began.

Overtime was a defensive slugfest, with neither team managing to procure any points. Right when it seemed a second overtime was in store, with only 38 seconds remaining, Mulhern, who was all over the rink for Bowdoin, deflected the puck from the slot towards Angelina Joyce. Joyce connected with the bouncing puck, sneaking it past Grant and, securing the 4–3 overtime win for the Polar Bears.

While the loss was still heartbreaking, the game demonstrated the Cardinals’ offensive depth; each goal they scored was made by a different player.

Unfortunately, the second game at Bowdoin on Nov. 16 wasn’t nearly the nail-biter the previous day’s play had promised.

In the second matchup, the Polar Bears opened the scoring 10:03 into the first period. After back-to-back Bowdoin bids were denied by Grant, Jess Cloutier collected the rebound and wristed a shot top shelf for the 1–0 edge.

With 14:20 expired, Cloutier tallied her second goal of the game to give Bowdoin a 2–0 lead.

With just ten seconds remaining in the opening period, Wesleyan managed to cut the deficit to 2–1. Castro wrapped around the goal on the right post before tucking the puck through the five-hole.

Tala Glass responded and increased the Polar Bear advantage to 3–1 at the 5:03 mark of the third period, when she one-timed a rebound into the net.

Bowdoin added an insurance goal at the 10:18 mark of the final frame when Katie Leininger tucked the puck inside the far post for the 4–1 final.

While starting 0–2 was certainly not the start the Cardinals hoped for, there’s still plenty of reason for optimism for the remainder of the season. Grant spoke to the team’s successes last winter and what the team’s new members will bring this season.

“Our defense [contributed to our success last season],” the NCAA All-American Cardinal goalkeeper said. “We did such a great job battling in front of the net and forcing bad angle shots, which made my job really easy…. We have a younger team this year, so there has been a process to grow together and learn how each other plays. Despite that, we’ve been doing really well in the defensive zone, and have been generating some really good offense.”

Even after the losses to the Polar Bears, Grant remains hopeful for the rest of the season.

“I’m really excited to see us progress further this season, and grow as a team,” Grant said. “We have such a great group both on and off the ice, and regardless of what happens on the ice I’m excited to have a great year with my teammates.”

Just like the team, the season is young. The Cardinals are only two games into their 24-game campaign.

The Cardinals play their next game at home against Salve Regina, where they hope to snatch their first win of the season, at 7 p.m. on Tuesday, Nov. 26.