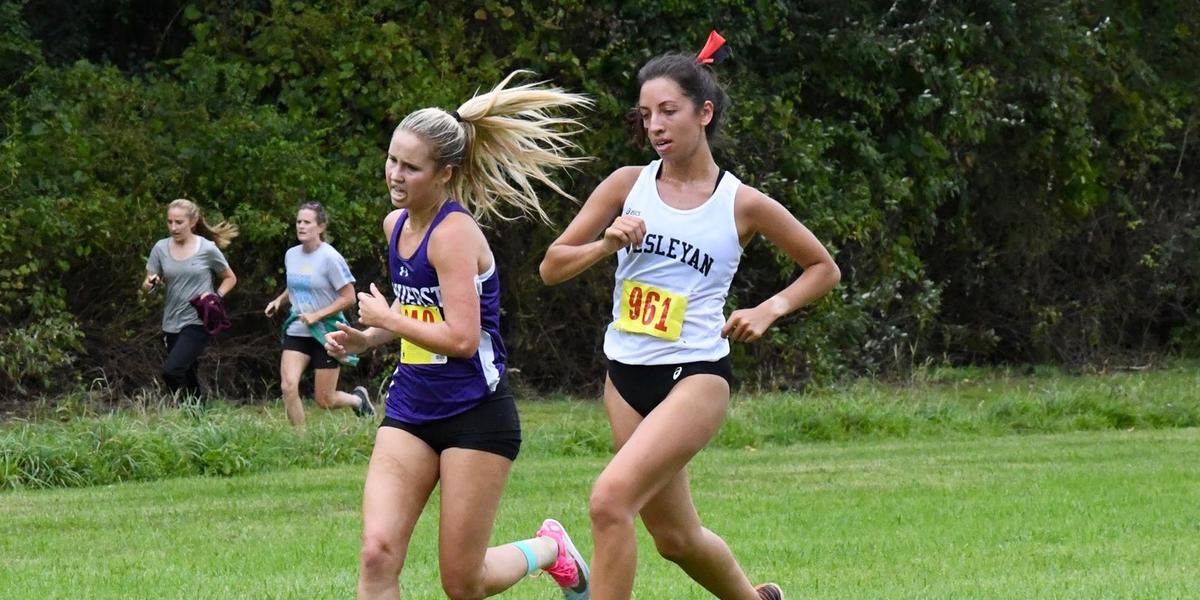 The women’s cross-country team earned an at-large bid to the NCAA Championships this weekend, a feat that the Cardinals haven’t accomplished in years—not since the current seniors joined the Wesleyan roster.

On Saturday, Nov. 16, the Wesleyan women’s cross-country team competed at the NCAA Division III New England Regional Championships. The 6K race took place in Brunswick, Maine, at Bowdoin. The Cardinals were focused, determined, and speedy, causing them to earn 6th place out of 54 teams that competed in the event. Having recorded 263 points, with all 5 scoring runners in the top 70, the Red and Black sprinted their way to their best results since 2009, when they also earned fifth place. Last year they only managed to place 11th.

The successful results reflect the team’s hard work and collaboration with one another, which have been the two key factors in the season.

“The team had great energy [last weekend],” said Maddie Nagler ’22, who has supported and cheered on her teammates through the season, but has been mostly out due to stress fractures. “So many people made the road trip out to support, which was really cool to see. During the race everyone worked together really well. It was awesome to watch.”

Senior Sara Pinsonault earned All-New England honors for the second year in a row. At the race, she was the first Cardinal to cross the finish line, with a time of 22:26.6, placing 32nd and sustaining a speedy 6:01.2 seconds per mile pace. Her effort on Saturday was an eight-second improvement on her 2018 performance at the same event, when she placed 23rd. These results are impressive and unsurprising: Pinsonault has been the first runner for the Cardinals in most of the races this season, and has demonstrated growth and commitment throughout her four years as a member of the team.

Mariah Saunders ’23, Sara Greene ’23, Becky Lopez-Anido ’21, and Emma Trapani ’21 were the other scorers for Wesleyan, placing in the top five for the Cardinals. Saunders placed 49th, managing to break the top 50 and achieving an impressive personal best 6K time 22:44.6. Greene was right on her heels, finishing at 22:50.2 in 54th place. Lopez-Anido and Trapani finished the course with respective times of 22:56.7 and 22:58.9.

First-years Jane Hollander and Maeve Hoffman also exhibited solid performances in their first collegiate Regional Championships. Hollander clocked in with a time of 23:06.1, and Hoffman crossed the finish line at 23:36.1.

It was an all-around admirable performance from the Cardinals, particularly from the first years, who have grown immensely throughout the season and developed their discipline and skills while navigating their first season of college-level cross country. The future of the team seems bright with the addition of these young runners, even with the loss of valuable seniors Pinsonault and Rosie Skovron.

Hopefully, last season’s success will carry into the Dirty Birds’ final endeavor of the season, the NCAA Division III Championships. Thirty-two teams compete in the championship, with 16 automatic qualifiers and 16 at-large teams. The Red and Black has been steadily ranked in the top 30 throughout the entire season, and are primed for success.

“Nationals is so exciting and these girls have worked so hard and are so deserving of this unique opportunity,” said Nagler. “I think this is a team that steps up in the big moments and is able to get excited about the big meets, so I have no doubt that they are going to have an impressive race on the big stage.”

In the meantime, the Cardinals will continue to practice and hone their skills as they have been doing throughout the season. Many of the women on the team will go on to participate in indoor track this winter, which will be another exciting opportunity to develop their skills, both in speed and teamwork.

“On our team we have a saying that goes ‘Have fun and hurry back,’” Nagler said. “Running can be a really challenging sport both mentally and physically and it can really test you, but this team is so good at balancing that intensity with making sure to find the enjoyment of running and just being around each other. I think my favorite moment [of the season] was when we all arrived at Bowdoin [last weekend] and everyone was just so excited to see each other. I think everyone just had this sick feeling like, ‘It’s go time,’ but we’re going to have fun as we do it.”