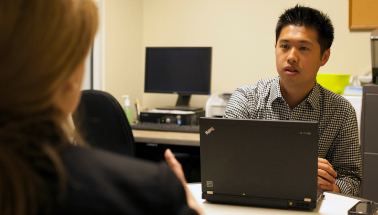 Performer, composer, and Wesleyan alum Alex Dea Ph.D. ’80 performed “The Secret of Overtones,” a concert featuring sounds from Javanese gamelan music, this past Wednesday, Nov. 6 in World Music Hall. The show proved that musical experimentation is open to everyone. From a one-man piece that exposed the hidden overtones of the string instrument to a piece played by over 50 performers, including many young children, Dea’s three-part work serves as a model for the accessible exploration of the intricacies of sound.

Expecting a massive performance that utilized the astounding array of gamelan instruments presented on stage in the World Music Hall, I was surprised when Dea alone stepped out to play the first piece, “Magic Rebab.” Centered around a traditional Javanese variant of the Rebab, a centuries-old instrument used by musicians from North Africa to Southeast Asia, the piece involved Dea playing series of overtones, hidden frequencies that usually accompany the playing of a harmonic note. After playing a phrase of overtones, Dea would lift his bow, signaling to the music technicians to start the process of looping—replaying Dea’s previous phrase through speakers as he moved on to the next one. Despite its uniqueness, the piece managed to provide an accessible musical experience by making its processes explicit and utilizing its clearly unconventional sound. To an audience without musical background, Dea’s shrill string loops still manage to make explicit his avant-garde status.

This delicate process, which involved live recording and mixing, was not executed perfectly; during the first phrases, Dea would look over to the technicians to signal their cue to no avail, and it was not until a few phrases in that the looping process made an abrupt entry. This blemish nevertheless served to highlight the contrast between the bare, voice-like tones of Dea’s solitary phrases and the intricate, multilayered cascade of sounds produced by the looping software.

The second piece, “Angst Angel,” shifted the concert’s focus from the individual to the interpersonal. Slowly creeping onstage to the sound of a pre-recorded guitar piece, classical Solonese dance master Urip Sri Maeny joined Dea on stage. As Dea walked across the stage, playing overtones on a flute-like instrument, Maeny followed, making subtle yet decisive dance gestures that incorporated the use of a long yellow ribbon. The contrast of familiar guitar and screechy wind instrument tones provided a fitting sonic foundation for the piece’s subject: angst. The feeling of the piece managed to evolve greatly over time, with Dea swapping the flute for his own deep, gravelly singing as he took a seat on the stage floor. Barely moving his mouth while singing, the ambiguity of the sound’s origin allowed each listener to participate in their own personal search, experiencing a necessary angst in the process. In this instance, and throughout the show, a pervasive question seemed to prevail throughout the audience: “What is he doing to make that sound?”

The full extent of the concert’s focus on accessibility was made clear when a group of children walked onstage to begin the performance of the final piece, “Gangsaran Sapto.” Steadily striking a variety of percussive brass gamelan instruments with mallets, the children laid the substructure upon which the rest of the piece, which came to include more experienced performers, was built. Starting with small clusters of bell-like tones, the piece evolved into an avalanche of different metallic sounds, each one commanded by a new group of performers Dea called to the stage. By the time every instrument was occupied, the performers had achieved a pulsing, shrieking wall of sound, with only the large, gong-like bass instrument being individually perceptible. Despite the vast array of musicians’ backgrounds, the resultant sound was wholly unified, speaking with one, clearly determined voice.

“I performed with a group of Indonesian people from the community,” said Daisy Mayer, a Wesleyan sophomore who performed the piece. “At one point in the piece I was haphazardly holding three mallets. Normally you hold one so you can dampen the sound with the other hand, but this piece broke all of those rules. I felt the community aspect of the piece the most when [I] could feel the vibrations from playing all seven brass keys of the saron [a xylophone-like gamelan instrument], but it was that times like 20. It was fun when we were instructed to play louder than what we thought possible.”

Despite its accessibility, the experience of Dea’s work is nevertheless aided by a knowledge of the experiments that preceded it. The composer’s use of short repeated phrases is heavily inspired by the work of minimalist composers such as Terry Riley, with whom Dea studied composition. Songs such as Riley’s “In C” involve a cooperative layering of instruments centered around one note, culminating in a dense block of sound that can be added to by players with a variety of experience levels. Further inspiration arises from the work of fellow minimalist Steve Reich, whose trademark style of music making was to layer simple, pre-recorded fragments in a similar way to Dea in “Magic Rebab.” Like Dea, these composers sought to show the limits of simplicity, constructing endlessly complex works from basic fragments, shattering elitist preconceptions of traditional music.

While not always comfortable to hear, the sounds produced by Dea’s concert were intriguing in their hopeful implications for the future of experimental music. For a genre in which most songs are incomplete without an accompanying explanation, Dea’s gamelan music sticks out as a bright spot of accessibility, synthesizing the input of those with and without formal training to create something truly innovative. As the late Pak Sapto Raharjo, the founder of the Yogyakarta Gamelan Festival after which Dea named the final piece, would say, “Gamelan is everything, everywhere, anytime.”