Frenetic Frittata: Sasha the Chef and Her Super Scrumptious Specialty 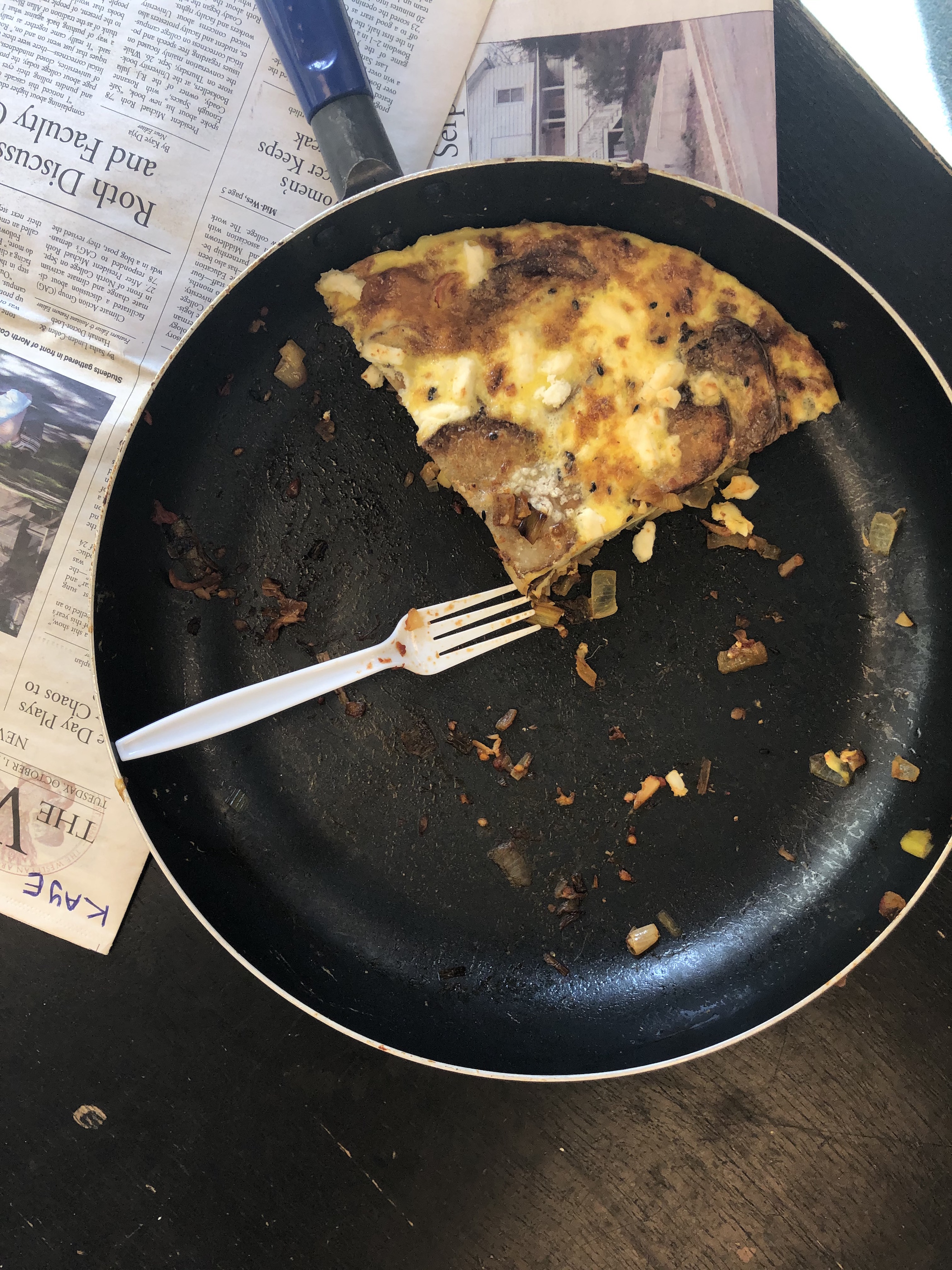 On Saturday morning, I awoke in a panic. Cocooned in a plush duvet, my eyes flickered open slowly at first, and then all at once, frantically blinking away the grogginess—and eye boogers—as I jolted upright, realizing that I had forgotten to set an alarm. My tightly-packed Halloweekend itinerary washed over me, and I had no clue what time it was. My club’s brunch congregation was scheduled for 11 a.m., and I had promised to make a frittata! Was it too late!? Had I unwittingly deprived my peers of a delicious egg casserole?! I quickly de-cocooned and my phone emerged from the rubble, hopelessly dead. Outside, the grass was still dewy, and the light shining through my window felt bright, fresh. My breath began to steady, and my charging phone soon affirmed what I had begun to suspect: It was still early, just 9:30. Not sleeping through the event, however, was only half the battle. There was still a frittata to make.

I had never made frittata before, so I texted my friend’s mom, a well renown frittata expert named Sakina, to ask about the potato situation. That is, the question of whether or not to use already-cooked potatoes or raw potatoes in the dish. Sakina promptly FaceTimed me, and we went over the basics (Spoiler alert: The potatoes need to be pre-cooked). Ten minutes and several questions about the status of my academic and social life later, I was in the kitchen chopping. At around 10:30, I called Luke, my co-editor and part-time chauffeur, to ask if he would drive me and my soon-to-be-frittata down to the club congregation, and he obliged. But when he arrived at my house 20 minutes later, the frittata was still liquid, and my teeth were still unbrushed. He snickered at the mountain of dishes, but I had no time for snark. I bounded up the stairs to change and instructed him to alert me if there was a fire. Moments later, I heard a distant crash, and I winced, as a melancholy montage of a face-down frittata flashed through my mind.

“I burned my hand!” he answered.

Sneakers in hand, I hurried back down, grabbed the frittata, and looked at him expectantly.

“What are you waiting for?”

Luke is a party pooper, so he wasn’t exactly amused by my antics. However, if he’d been lucky enough to actually try the frittata, which was, in fact, remarkably tasty, he’d likely have changed his tune. In retrospect, I would not recommend this dish to anyone in a time crunch. But I WOULD recommend it to anyone who loves flavor and/or has impeccable taste for fine dining.

It should be noted that I used (almost!) entirely co-op ingredients to make this dish—aside from the spices.

1 big potato, or a few little ones

A handful of mushrooms

A dash of milk