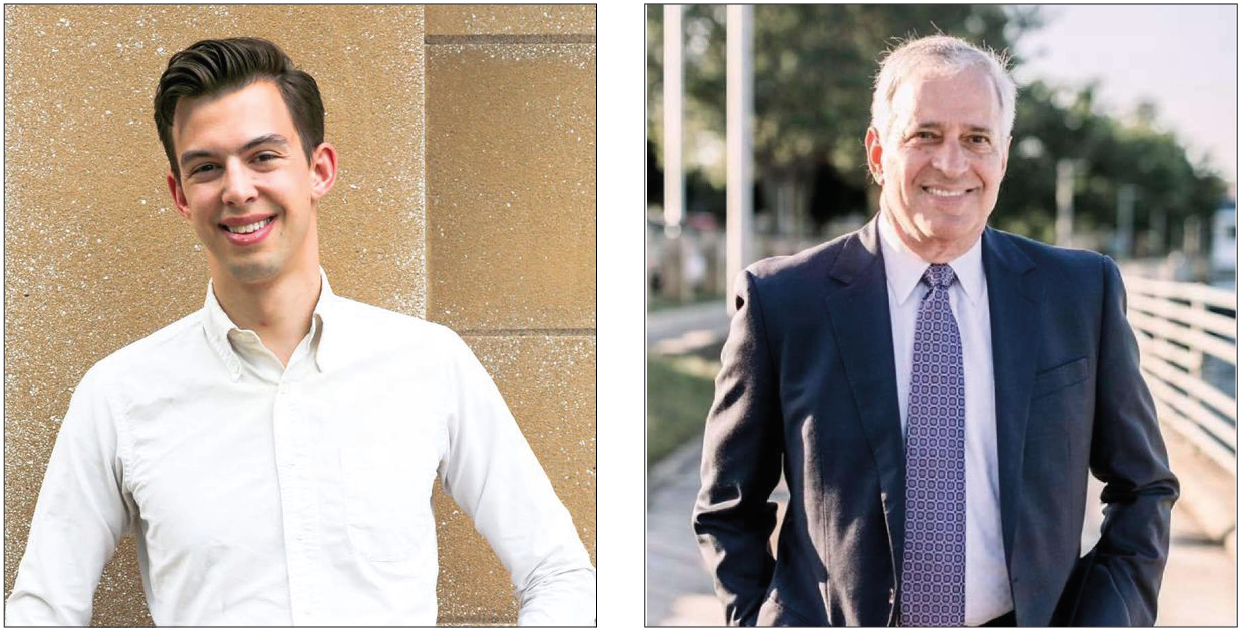 In just four days, Democratic candidate Ben Florsheim ’14 and Republican nominee and former mayor Sebastian Giuliano will face off in the Middletown mayoral election. Since the primaries in September, both mayoral candidates have been intensely campaigning for votes in what is shaping up to be a competitive race. Due to their vastly different backgrounds, a large part of each candidate’s campaign has been dedicated to creating a distinct contrast between their respective platforms and abilities. Giuliano, the former three-term mayor of Middletown, is running on experience, while 27-year-old Florsheim promises to bring youthful energy and progress to Middletown.

If Giuliano wins, he will be Middletown’s first Republican mayor in the eight years since Mayor Daniel Drew’s election. Giuliano acknowledges that his path to mayor is not as straightforward as it would be if he were a Democrat.

“Ben is a formidable candidate with an enthusiastic and well-organized team behind his effort,” Giuliano wrote in an email to The Argus. “It will take a lot of work, on my part, to overcome that—and a 3-to-1 disadvantage in the registration of the respective parties.”

This statistical disadvantage is not a new challenge for Giuliano. Active Democrats outnumbered active Republicans 3 to 1 when Giuliano was first elected in 2005 and nearly 4 to 1 when Giuliano defeated Drew in 2009. His success was likely influenced by a considerable disparity in voter turnout between the Democratic and Republican parties in that span of time. While turnout by party is not available for 2005 or 2009, data indicates that in 2010, nearly 30 percent of Republicans registered in Middletown showed up to vote in the statewide primary, compared to approximately 25 percent of Middletown Democrats.

Turnout also proved to be one of the reasons behind Giuliano’s defeat in the 2011 election, which saw the largest voter turnout since his election in 2005. According to the secretary of the state, 42 percent of Middletown residents showed up to vote, approximately 5 percentage points higher than in 2005 and 2009. This turnout was, in part, affected by the 450 Wesleyan students that registered to vote in Middletown that year, a sizable increase from previous years.

Florsheim’s campaign is hoping that the Wesleyan vote will help them, as it helped Drew’s campaign in 2011. Despite the campaign’s statistical advantage, campaign representatives have said they are determined not to take anything as a given.

“I’m out here knocking doors every night,” Florsheim staffer Ron Meehan ’21 wrote in a message to The Argus. “Nothing is guaranteed. [We] need all the help we can get.”

As the competitive edge becomes more and more difficult to glean, contentions between the two candidates have gained higher visibility. In the past few weeks, the candidates’ attacks have become increasingly personal. On Oct. 12, tensions flared when Creative Director of Marketing and Public Relations Services for the Giuliano campaign, Joe D’Ambrose, made a Facebook post suggesting that Treasurer for the Florsheim campaign and Assistant Director of the Jewett Center for Community Partnerships Diana Martinez was a former felon and should not be trusted with managing Florsheim’s finances. While it appeared that D’Ambrose had confused Martinez with a different person, another person connected with the Giuliano campaign made a similar false insinuation about Martinez’s criminal record shortly after the first incident.

“It struck me as funny that the folks who are positioning themselves as proven effective leadership can’t even do proven effective research,” Martinez said in a statement appearing in the Middletown Eye. “A simple…check would tell you there are 19 people named Diana Martinez registered to vote in Connecticut. I share a birth year with two others, so there are three of us, and there’s probably countless other Diana Martinez who aren’t registered to vote. And that a candidate could pay someone, have someone his campaign is paying to do his marketing, who doesn’t do basic research like that is a little bit appalling.”

“Middletown voters would like to understand how a young man would have such a large amount of funds available to fund a campaign, especially when he has been on unpaid leave from his job since July,” Giuliano’s campaign manager, Nick Fazzino, told the Middletown Press. “Very few Middletown voters are in a position to be without a job for months and still be able to contribute $57,500 to a political campaign.”

Florsheim defended his contribution, arguing that it is necessary in order to remain competitive against candidates with deeper pockets.

“When we realized that we were getting outraised during the primary…we decided that the best way to level the playing field was a personal loan to basically front-load some of the costs we would need to cover, since we knew it was virtually impossible to raise $50,000 in small-dollar donations in the space of just a few weeks,” Florsheim wrote in an email to The Argus. “I’m very fortunate that I was able to do that, and because of that good fortune, I felt all the more obligated to stick to the pledge and—pardon the expression—put my money where my mouth is.”

Luke Goldstein can be reached at lwgoldstein@wesleyan.edu