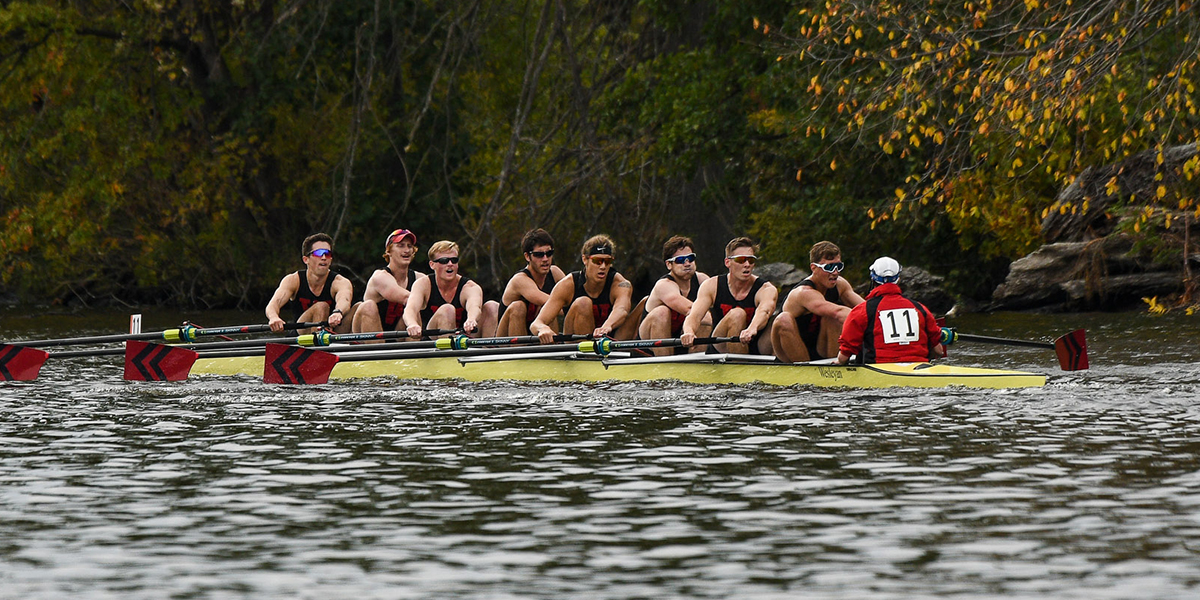 While many Cardinal students flocked away from campus to Fall Break excursions, Wesleyan crew took a trip of their own: a journey to Cambridge, Mass. for the most famous rowing event of the year, the Head of the Charles. The annual regatta, where both men’s and women’s crew teams finished middle of the pack this year, brings over 11,000 athletes to compete and tens of thousands of spectators, making it the world’s largest two-day rowing event.

“Head of the Charles is definitely the highlight of my fall rowing season,” Andrew Martin ’21, a member of men’s crew, said. “As a Boston guy, rowing the Charles feels like playing at Fenway Park. Seeing all the alums there who continue to support the program is awesome. Always a privilege to represent Wesleyan, and wear that W on my chest.”

With a final time of 14:58.4, the team missed the 10th spot by just two seconds, and was just about 30 seconds behind the Massachusetts Institute of Technology, which claimed top honors. Despite the average finish for the teams, fellow team member and sophomore Jimmy McShane agreed with Martin’s positive sentiment.

“My favorite part of the fall season has to be the Head of the Charles,” McShane said. “It’s something that I look forward to every year. The racing is always a blast, and you’re always bumping into friends off the course, both old and new. It also provides a good checkpoint to see how our program stacks up against both familiar teams we’ll race in the spring and teams we’d probably never race against otherwise.”

Martin emphasized that he was proud of the team’s performance.

“Head of the Charles is challenging in that there are many possible distractions for the guys,” Martin said. “It’s the Super Bowl of fall rowing. We did a good job in ignoring the noise, competing, and keeping our heads in the boat.”

“I think what contributed the most to our success at the Wormtown Chase was how we went into it with the intent to just enjoy each other,” Babbott-Ward wrote in a message to The Argus. “I’ve felt like the team bonding this year has been off the charts, and we’re all just a bunch of weirdos who like boats and working hard for each other…. You really can’t go fast unless you love each other.” 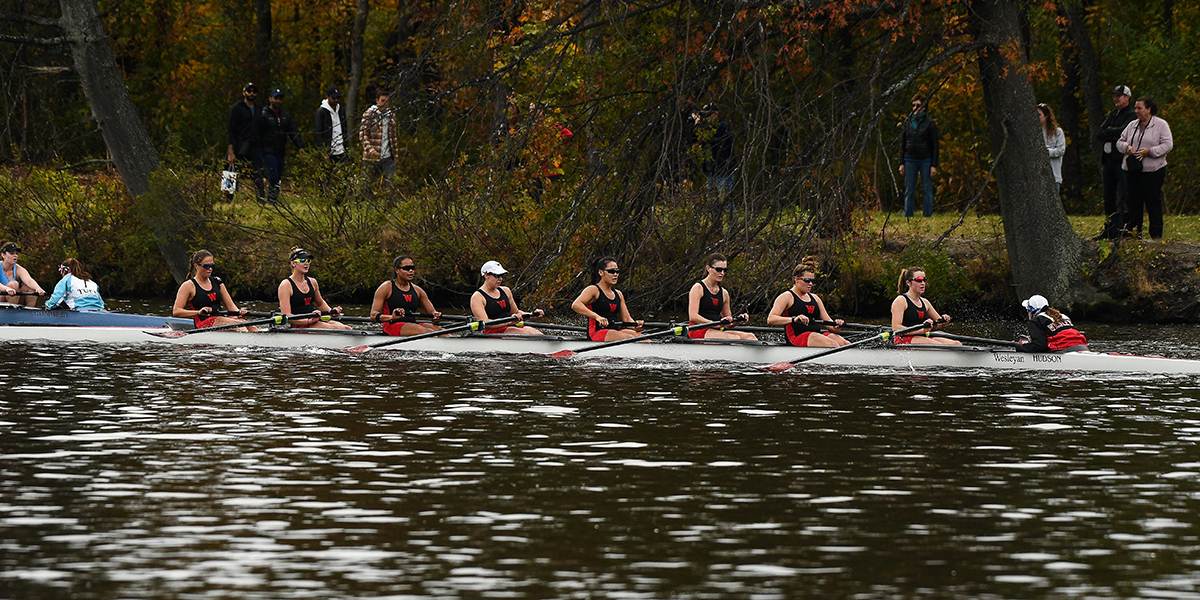 “My favorite moment of the fall season was probably seeing the novices finish their first race,” Babbott-Ward wrote. “This is a weird sport that has a lot of hidden twists to it that a lot of other people don’t understand; when I first started, I had no idea how much it would hurt. People always ask me if I need moisturizer for my hands. People would think it’s a bad thing if I ripped a pair of spandex. So seeing all the new people who joined this year complete their first race was SO RAD because of the sense of pride I am hoping they’re feeling. [I hope they see] what it’s all about, and how all the crazy new terms and training and muscle pain and being out of their comfort zone is all worth it.”

Men’s crew took second place in a field of 17 boats with a time of 17:25.6. The B and C crews followed in 6th and 12th respectively, with times of 17:57.2 and 18:59.5. Williams took top honors in the men’s race, but the Cards beat NESCAC foes Trinity and Conn. College, as well as Williams’ second and third boats.

The Fall Rowing Festival concludes both teams’ 2019 season, yet there’s much to expect of these crews come spring. The Cardinals won’t hibernate in the upcoming months, but rather use the winter to prepare for 2020 regattas.

“As the river freezes over, we’ll bring the training inside for the winter,” McShane said. “We’ll be looking to build fitness on the erg and in the weight room. I always enjoy the winter season because it’s fun to watch your teammates progress as they get stronger and fitter.”

Martin emphasized the importance of work in the offseason as the teams get hyped for spring competition.

“Winter training is critical to success in the spring,” Martin said. “We have a great group of guys who will push each other everyday to get faster. Winter workouts are very challenging—both physically and mentally—but we’re excited to get after it!”