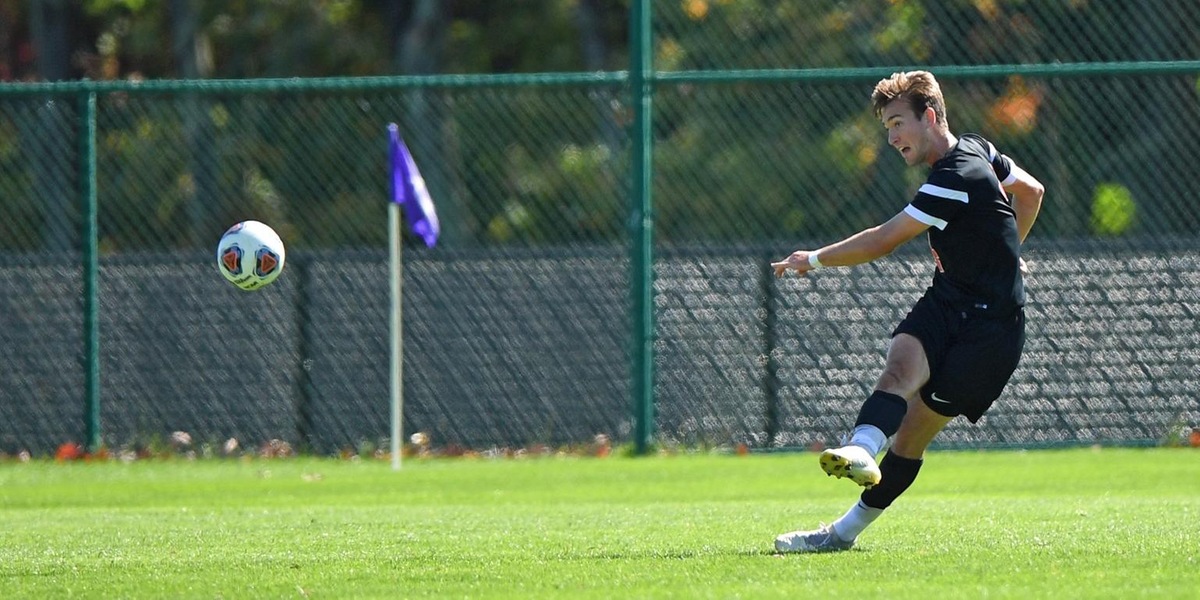 The last time we caught up with men’s soccer, they were coming off a difficult stretch that saw them play league powerhouses Tufts and Amherst. Unfortunately for the Red and Black, their road got no easier.

Only three days after playing Amherst on Oct. 8, Wes went to New London, Conn., to play the Coast Guard Academy. Just five minutes into the game, the Bears struck first, hitting the back of the net. The rest of the afternoon was a frustrating affair for the Cards, shooting 18 times without managing a mark. While the Cards played stellar defense the rest of the way, their offensive effort never supplied a crucial goal.

On Oct. 12, our fearless Cardinals returned to NESCAC action, this time in their senior game against Bates. The first half was a goalless affair, each team swapping blows and committing a combined total of 13 fouls. However, as the second half began, Bates drew first blood with an unassisted goal. The rest of the half played out much like the match against Coast Guard. The Cards ripped 11 shots, but once again, could not find the back of the net. Goalie Liam Devanny ’23 gave his best effort, making six saves including on on a thundering header from inside the six-yard box. Unfortunately for Wes, it was another shutout.

After two straight shutouts, Wes was ready for an offensive explosion. The Fitchburg State University Falcons were the competitors that lay in their way, and the Cardinals were determined to show them who owned the sky. After a scoreless first half, the Red and Black burst to life following the break. The Cards rattled off five goals, including a brace from Mike Gallo ’20. Trevor Devanny ’20, Ben Tardiff ’23, and Lucas Kimball ’21 also found goals in the Wes offensive awakening.

“We have struggled to score goals in the NESCAC, being such a strong league defensively,” senior captain Jack Wolf said. “Just seeing the ball reach the back of the net can bring a boost in confidence in front of goal and we are bringing that to our last few regular season games.”

After the thumping 5–1 defeat that Wes gave the Falcons, the Cardinals looked to build on that momentum on a trip up to Hamilton. However, the high level of competition in the NESCAC once again made goals into a premium. The physical contest saw 29 fouls exchanged in regulation. With Wes firing 13 shots and Hamilton adding another 17, it was only by superb goalkeeping and defense that the game went into overtime. Just seconds into the OT period, Hamilton found the goal for which they had been searching all game. The final for Wes was a disappointing 1–0, after another long, hard-fought game.

Despite such a strong season, Wes fell to 1–4–3 in conference play and was in need of a win. Going into a tough game against Trinity, the players knew the magnitude of the moment.

“Our backs are against the wall,” Gaelin Kingston ’22 said before the game. “We are fighting for our season, and the rest of our games are basically single elimination. It is important that we continue to focus on what we can control, and right now that is beating Trinity on Saturday.”

Before Saturday’s matchup, the Cards had failed to score in the first half in their last seven games. This was about to change. The Red and Black erupted to the tune of three goals in the opening 45 minutes. Throw-ins were the catalysts for the first two finishes, as Wes used the set pieces to their advantage. Matthew Rubinstein ’23 struck only 27 minutes into the game, and three minutes later, T. Devanny continued his hot stretch by scoring and putting the Cardinals up 2–0. The icing on the cake of the marvelous first half was a sublime finish off a rebound from Gallo, just before halftime, which effectively sealed the match. Wes did its job in the second half, continuing to stonewall Trinity. They left triumphant with a 3–0 victory.

While this has been a hard stretch for Wes, it appears that they are ready to break out of it in time to keep fighting through the end of the season. The Cardinals face Conn. College for their final regular season match of the year on Oct. 29.

The strategy for the match is simple.

“We need to let our game plan and style of soccer dictate the game, and make our opponents adapt to us,” Kingston said. “Beyond this, I think we just need to play with a great amount of heart and urgency.”

If the Cardinals play like they did on Saturday, this should be winnable match.

“We have to compete and leave it all out on the field for the entirety of the game,” Wolf said. “It is crunch time, and now is the perfect time for us to execute what we have been working so hard to do. We have worked so hard to develop a hardworking, committed, and positive culture—something that will last and get our program back on track. This is the best team I have been a part of, being the closest amongst all classes and types of players. No matter what, I am proud to be a part of it.”