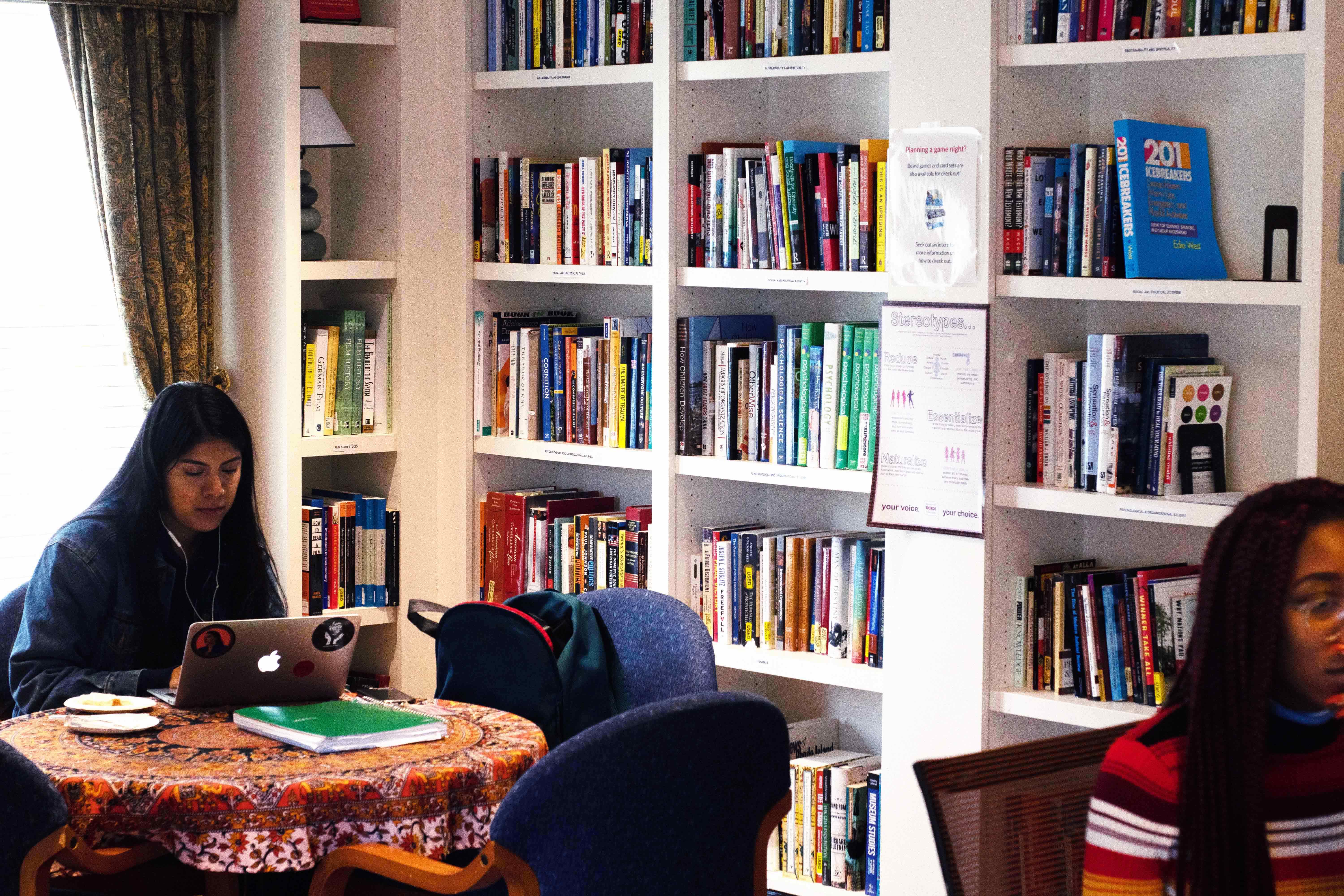 The first episode of The Self Sessions video series, a live-audience series intended to be an accessible space for people of color to hold conversations about the self in relation to healing, mindfulness, and spirituality, was filmed on Saturday, Oct. 12. Led by Resource Center interns and co-producers Kimberly Ortega ’20 and SeArah Smith ’21, the episode discussed how healing journeys can be different for everyone and talked about their own experiences with healing.

Ortega and Smith originally introduced the idea of a video series during a weekly Resource Center staff meeting, with many other Resource Center interns contributing to the development of the series. In future episodes, they hope to cover more themes, like self-care, intergenerational trauma, and healthy relationships, while centering on one’s relationship to the self.

In order to make the sessions accessible to as many people as possible, the decision was made to film the conversations so that they could be viewed online. Smith hopes that the series will spark thoughts about the inner healing process and become an asset for perspective and guidance on introspective thought.

“I wanted to be involved in creating the Self Sessions because I wanted to share my truth,” Smith wrote in an email to The Argus. “I wanted to put my experiences out in the open as a way to help others question themselves, their wellbeing, and the way they’ve navigated this space.”

Smith especially hopes the series will inspire viewers to take a moment for self-reflection and focus more on their internal state of mind.

“At Wesleyan and even in more general contexts, one’s life is always so focused on the external,” Smith wrote. “This is why this film series is so important. It sheds light on concepts such as self-awareness and looking introspectively at oneself.”

Arnaud Gerlus ’22, who currently works as an intern at the Resource Center and contributed to the development of the first episode, believes the series will be important in promoting self-care at Wesleyan.

“I don’t think Wesleyan students truly commit to the idea of self-care,” Gerlus wrote in an email to The Argus. “When people have mental crises or are just very stressed about something related to academic work, it seems like we retreat into ourselves or into one or two close confidants…. I just feel like we as a school and just people in general should invest in each other and feel comfortable asking for help.”

Smith agreed with this sentiment, pointing out that she has not had many chances to speak introspectively and reflect on the idea of the self during her time at the University.

“I think that The Self Sessions is important because for me, it is one of the first conversations that I have personally had at Wesleyan that talks about the Self and the human experience that comes with it,” Smith wrote.

Additionally, Gerlus thinks that the broad focus on the subject of self-care will be helpful in highlighting the different ways students take care of themselves and in acknowledging the different identities at Wesleyan.

“It enables us to address a wide range of self-care techniques and practices that come from people’s own commitment to themselves as well as how they deal with the positives and negatives of being a student at Wesleyan,” Gerlus wrote. “The broadness also allows for us to stay committed to intersectionality/the intersectional identities of all [Wesleyan] students.”

Though a date for the next Self Session episode has not been decided, Smith wrote that it will take place around the end of November. The Self Sessions will have an official launch party in the Resource Center on Oct. 30 from 6 to 8 p.m., where music, dinner, and a safe space to watch and discuss the first episode will be provided.

Jiyu Shin can be reached at jshin05@wesleyan.edu.