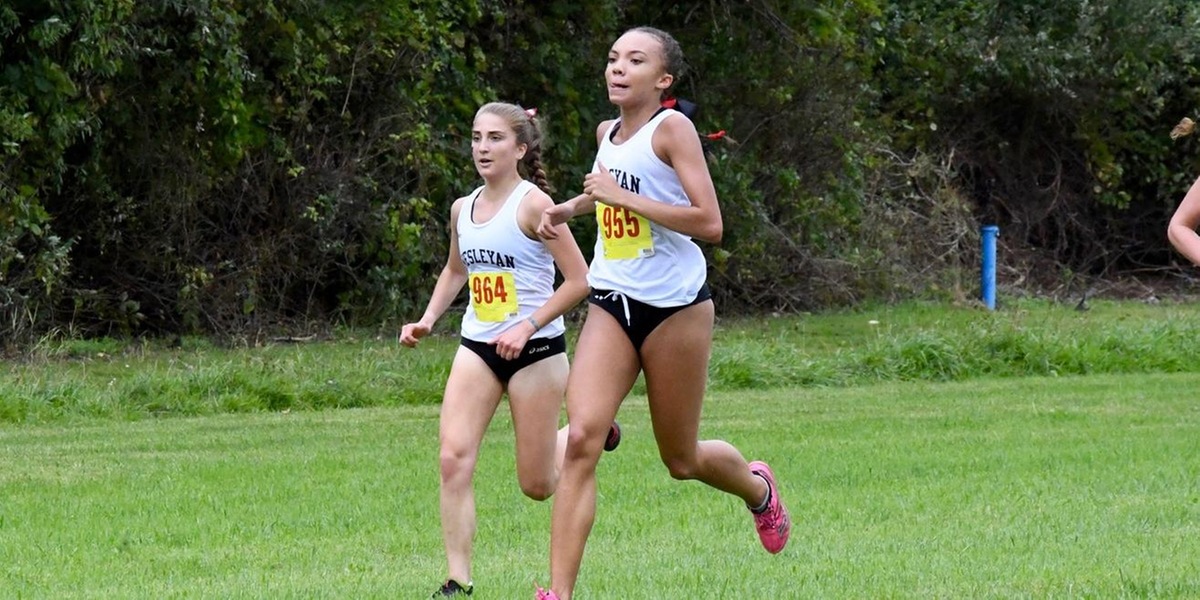 The women’s cross country team continued their season’s excellent momentum on Saturday, Oct. 19, when they traveled to New London for the Connecticut College Invite. The Cardinals placed 9th out of 29 teams, with standout performances from several runners.

Just like their last race—the Paul Short Run—the Conn. College course was six kilometers, presenting the Red and Black with an opportunity to hone their skills and attempt to beat their times from two weeks ago. The race was another crowded one, packed to the brim with energetic runners and fans alike. When the gun went off, hundreds of runners scrambled forward, trying to navigate the course in the midst of the uproarious cheering and thick cloud of other racers.

“Conn. College was a really competitive race on a beautiful course, but it came with some challenges,” Jane Hollander ’23 said. “It was very narrow, especially in the start which made it difficult to get out in a good position. But ultimately it was a good day for me individually, and for the team, even though we were racing without some of our top girls.”

Although the Cardinals’ performances were, on average, better when racing two weeks ago, the results of last weekend were promising for many runners, including several first years.

The top finishers of the Connecticut College Invite closely mirror those in the Paul Short Run, which took place on Oct. 5. Once again, Sara Pinsonault ’20 was the first Cardinal to cross the finish line. This follows her success at the Paul Short Run, where she managed to place in the top 50 out of 328 runners. She clocked in at 22:13.2 as the 26th runner out of 365, with an average mile time of 5:57.6. Although her time two weeks ago was about eight seconds faster, her results last weekend were nothing short of impressive. Through her hard work and speed, she has established herself as one of the strongest runners at both Wesleyan and among the teams against which Wesleyan has competed in the past four years.

Also similarly to the Paul Short Run, Becky Lopez-Anido ’21 came in second for the Cardinals, placing 44th overall with a time of 22:37.2 and an average mile pace of 6:04.4. Lopez-Anido got off to a strong start to the season when she won the Little Three Championship and has continued to demonstrate skillful racing in the ensuing competitions.

Despite the success of these seasoned runners, the power and potential of the women’s cross country team lie in the performance of the first years. Having nine of them has proved to be valuable to the team, as several of them have crept up the ranks and already shown impressive speed, grit, and improvement since the beginning of the season.

These qualities were exemplified in the race last weekend, as three of the top five Wesleyan runners were first-years: Hollander, Sara Greene, and Miranda Graves. These young runners crossed the line in 23.02.2, 23.18.7, and 23.25.7, respectively. Mariah Saunders ’23 also followed close behind, clocking in at 23:27.4. This is just the beginning of these runners’ careers; these fortunate results will hopefully lead to further improvement as the team continues their season.

The Red and Black have a weekend off from racing next weekend, and then will travel to Williamstown, Mass., on Nov. 2 for the annual NESCAC Championship meet. The race will follow the men’s competition and is expected to begin at 1 p.m. at Mount Greylock High School.

The Cardinals are gearing up to match and even improve on last year’s success, when they placed third, falling only to Middlebury and Williams. Pinsonault and Lopez-Anido unsurprisingly led the charge during the race; if they continue their success from this season, they may do the same this November.

“I’m super excited for championship season, and using all my training to push hard in these next couple of races,” said Hollander. “We’ve been training hard, and starting to cut back mileage a bit to freshen up our legs for the more important meets.”

With experienced leaders and a pack of dedicated first years, all runners are primed to display their strongest performances at one of the most crucial meets of the season.