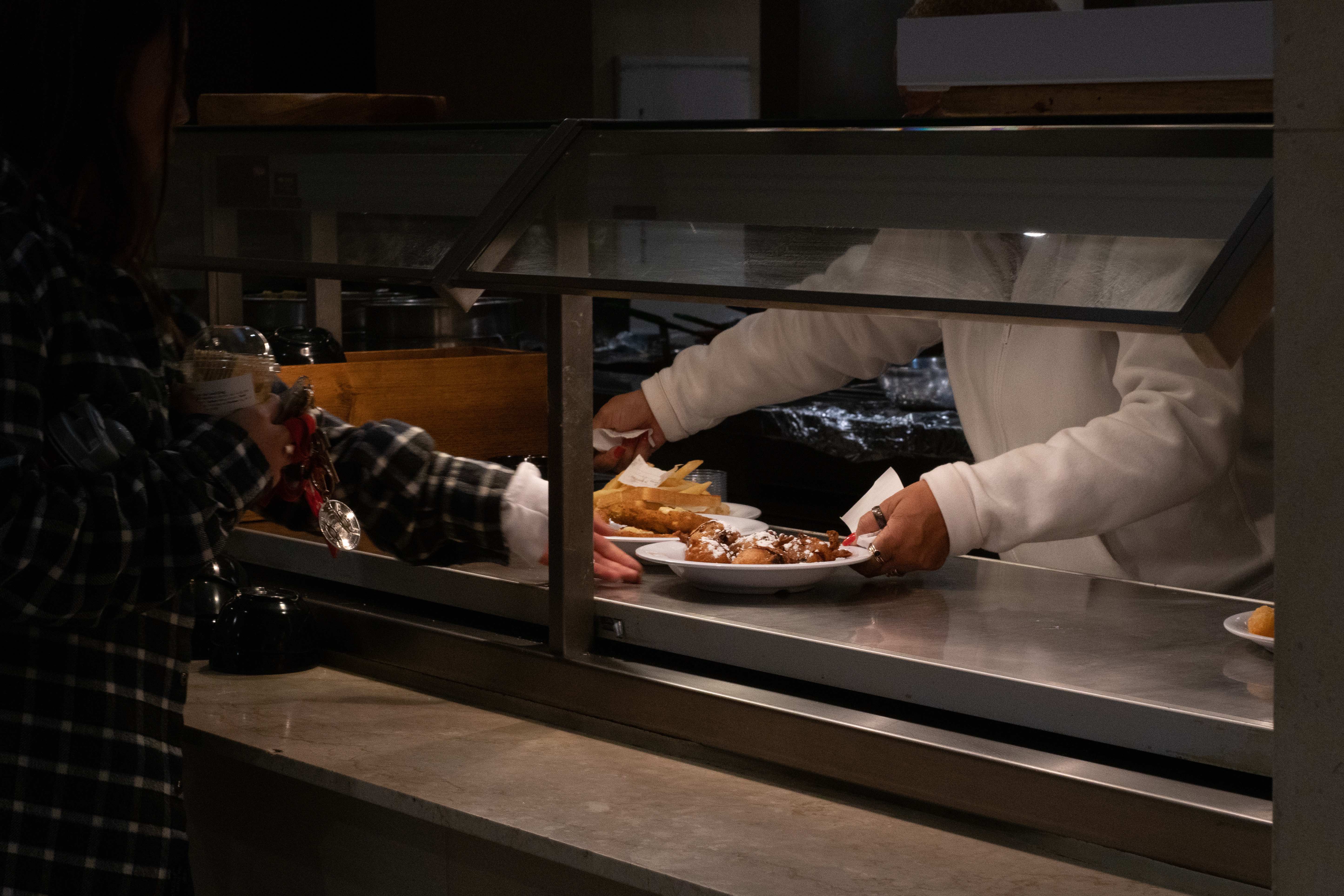 In the past few weeks, rumors have begun to circulate about the potential closure of Late Night, the points-based dining option in Usdan that is a staple for students who eat on an irregular schedule or tend to crave pancakes after midnight. Students took to the WesAdmits Facebook groups to voice their concerns, not just about losing a source of food, but also about the potential difficulties Late Night’s closure could create for student workers who are employed by Bon Appetit and need the work hours that Late Night provides.

“Please consider class when discussing Late Night closing,” wrote one student on the page. “Late Night closure could mean the loss of jobs for Bon App workers, a student Late Night position, as well as a space for students who may be workers and not able to eat at normal meal times, or just students who do not have a lot of access to off-campus food or spaces.”

However, according to Wesleyan Dining’s Resident District Manager Michael Strumpf, closing Late Night is not something that has even been on the administration’s radar.

“There’s no basis to it all [the rumors],” Strumpf explained. “Myself and the administration are not talking about closing Late Night. If we were, it would not be this academic year. It’s not a topic that’s high on our list of conversation.”

Strumpf emphasized that if the administration were to make any changes to Late Night, they would certainly not do so without input from students and the WSA. Student Life Committee Chair Huzaifa Khan ’22 affirmed the WSA’s involvement if such changes were to occur.

“It’s going to need WSA approval for the administration to agree to it,” Khan said. “I’d say in this matter, they really value our perspective. And [the WSA] wouldn’t make a decision on that without involving the student body.”

With rumors of Late Night’s closure proven inaccurate, the question remains: where did the stories come from? Strumpf said he thinks that talk of Late Night closing began with a miscommunication.

“Somebody heard something and didn’t hear it the right way, and it’s one of those things where people hear partially what is being said and run with it, and now the sky is falling,” Strumpf said. “People talk, and you know, students are concerned, and some of the employees are concerned too.”

What Strumpf stipulated certainly matched the experience that one student worker, Roby Mann ’21, described. Mann detailed the cloud of uncertainty that had fallen over the Late Night staff for the past few weeks.

“I heard the news first from the staff, and they said they had heard from the administration that Late Night was not bringing in enough revenue, so the administration was complaining that the amount of money they were spending on lighting and heating was not worth the profit they would get back from food sales,” Mann said.

Mann explained the effects these rumors, even if they ultimately weren’t verifiable, had on workers’ lives.

“This was all we talked about for weeks,” Mann said. “Students workers and other workers on the staff expressed considerable opposition to the idea of closing Late Night. In particular there are a few staff workers who have other obligations during the day, so they wouldn’t be able to work at Usdan during the day, and Late Night is their only means of working. So it put them in a really tough position. If Late Night closed, they’d have to find a completely different job somewhere else.”

Khan also got the impression that Bon Appetit workers have been concerned for some time that Late Night might close based on what they had heard from their managers and supervisors.

“That’s how it came to me at least,” Khan said. “The chief of staff for the WSA, Felicia [Soderberg ’21] said that a worker from Bon Appetit had approached her during lunch and told her that Late Night is closing, and asked for help pushing back against the administration.”

Khan explained that WSA members were surprised by this information and immediately reached out to Usdan Administration and Operations Director Michelle Myers-Brown, who said that the administration had no intention of making changes to Late Night.

Khan also cited some concerns about how Bon Appetit has handled communication with their workers, who were fairly distressed about the possibility of losing hours or even their jobs.

“One worker, I believe, left their position because they had been told that Late Night’s future was uncertain, so their job certainty wasn’t very high,” Khan said. “That was concerning to hear, at least. What dining has told us and what they are telling workers have been two different things.”

Strumpf emphasized that he has assured employees that Late Night will not be closing any time soon, and that changes to Late Night are not even a topic of discussion.

However, as it turns out, concerns about Late Night’s finances are not all that unrealistic.

“We have seen a drop in Late Night, not just this year, but the past couple years,” Strumpf said.

Khan also mentioned in a report to the WSA that Late Night has been losing money for the past six years, which means that even when Late Night was at its peak, revenue was still low.

As Late Night looks forward, Mann underscored its essential role as a staple for college life on campus and the need to figure out options to improve Late Night’s financial structure rather than scrapping it all together.

“Along with the job opportunities it offers, I think the decision to close would have been very short sighted,” said Mann. “Many students rely on getting food during those hours for various reasons, one being that some students can only spend points on food and don’t have the means to spend on food off campus, so after midnight Late Night is the only option to get food.”