Keeping up With Cultural Capital: Why I’m Playing Fantasy Football 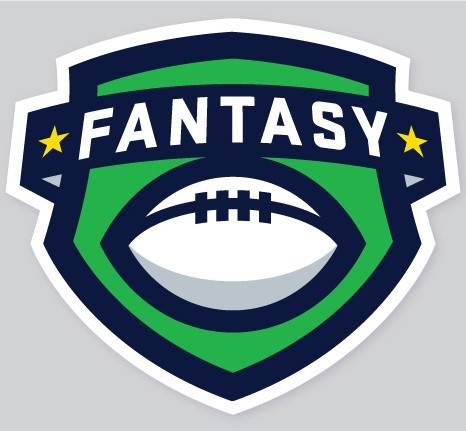 This week mostly likely marks the sixth time I’ll lose my fantasy football matchup. There have been six weeks of play.

I got the Yahoo! Sports app a little over a month and a half ago when some of my (notably male) friends asked me to join their fantasy football league. I wasn’t their go-to choice, but they needed an extra player, and I’m a sports editor who happened to be in their vicinity when they were gathering the league.

I liked the people I knew in the league and they promised it’d be low-key, so I accepted the offer because I wanted to learn more about football.

I’ve watched football since I was little and my dad unfortunately told me our family liked the Jets. We made mini hot dogs and nachos on Sundays for “game food” and rotated sitting in the living room from 1 p.m. to 11 p.m. When I got to high school and my homework started picking up, I’d sit in my pajamas all day in front of the TV, half-reading U.S. history and half-watching the games.

Yet my knowledge of football in tangible terms is closer to none. I can’t name more than four or five quarterbacks and I have no idea who had the most rushing yards last season. The only other times I’ve played fantasy in my life—once for a math class in middle school and then again with my high school guy friends—I’ve picked up a little more information. I knew that playing this season would keep me somewhat in the loop, updating my sports knowledge as the weeks went on.

Now we’re here, in week six, and my fantasy team has nearly—there’s still games after I finish writing this, but I’m not hopeful—lost six weeks in a row.

My squad apparently isn’t a lost cause. My matchups are brutally close. My dad, who basically told me exactly who to draft, was excited about my prospects. Now, every Sunday rolls around and there’s another voicemail from him telling me how sad he is that I’m going to lose and that he’s let me down as a father.

As I have entered into total loserdom and I can finally take a step back from focusing on winning, I’m wondering how I really got here, record scratch and freeze frame and all. Why do I even want to know about football? Why haven’t I known before? Why do I feel like I need to know the names, the stats, and the teams?

Similarly to knowledge about a cuisine or film genre, there’s cultural capital in knowing about sports. Sports knowledge can bond you with other sports fans, easily, even if there’s tension over who you’re rooting for. Your shared wisdom of all things baseball or hockey gives you a wealth of information to talk about. There are always player or team updates; if you want to get personal, you can yell emotionally about how your favorite team member was injured or how this other guy’s team cheated someone else out of the postseason. Knowing about sports gives you a conversation starter, but it’s not just one that gets the ball rolling; it’s one that immediately connects you and whoever you’re speaking with.

My dad is always down to talk with me about sports, but it’s not the same as when he calls up his high school buddies to talk about their fantasy lineups. It’s not the same when my male cousin comes over and they talk for hours about the upcoming football season. I can’t have the same conversations, and therefore the same bond, because I don’t know the same information. Try as I might, I can’t keep up with my fellow sports editors because I just don’t have that knowledge.

Maybe it’s my fault for not watching all of those Sundays (and Mondays and Thursdays) with a more focused, critical eye, memorizing facts and figures as each play was made. Maybe it’s because I was never looped into the conversation in the first place. I didn’t grow up having these discussions like my dad and my cousin did. It doesn’t make sense for me to be able to join them now without putting in effort. What was natural for them to learn becomes a burden I feel I need to undertake so I can keep up.

So I’m playing fantasy, again. I’d be lost for what players to put in without the points projections and my dad, only a phone call away. I’m procrastinating my thesis by looking for who to pick up and trying to figure out what matchups will be in my favor. I’m still lost and trying to prove myself. Each defeat feels like a representation of my lack of knowledge, but with each week I’m picking up more sports information. Maybe that’s a win in itself.