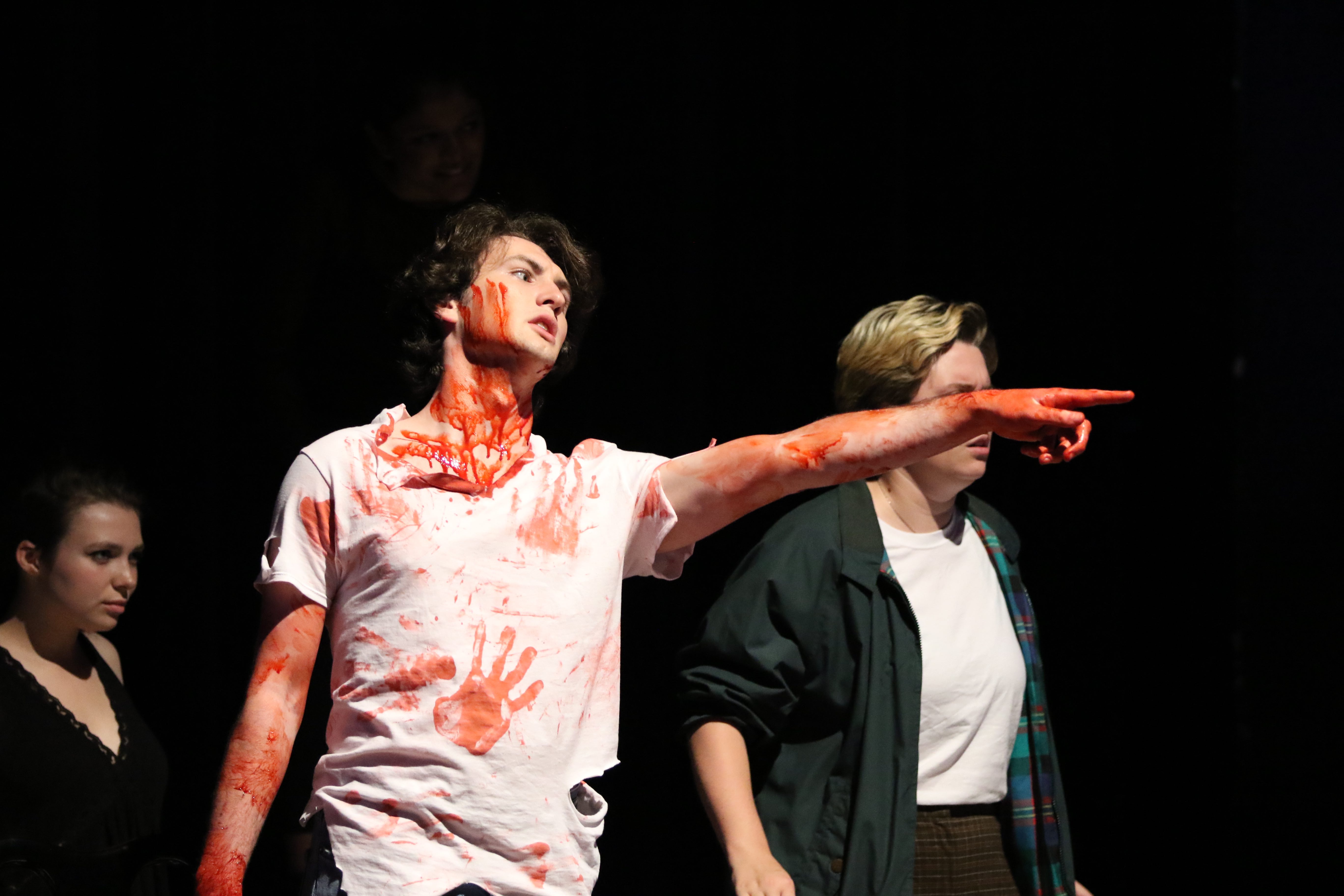 “When shall we three meet again, in thunder, lightning, or in rain?”

The famous quote, spoken by one member of a cabal of witches, begins and ends this Second Stage season’s production of “Macbeth,” directed by sophomore Annie Kidwell in the ’92, premiering Thursday, Oct. 10. While the show included some exciting design choices and changes to Shakespeare’s narrative, other technical elements were more ambiguous, some performances lacked in intention and direction, and the overall message of the production was unclear.

Kidwell’s production orients itself towards the witches, who orchestrate the infamous bloody tale. Played by Maren Westgard ’22, Tanvi Punja ’22, and Miranda Derossi ’23, these mystical figures remain on stage for nearly all of the 90-minute production. They’re always present, whether lurking in the background during conversations between Macbeth (Evan Sullivan ’22) and Lady Macbeth (Kyla Frieden ’22), or actively helping Macbeth carry out his plot by killing his victims for him.

While the production brings the witches to the forefront, the rest of the characters’ motivations seems to fall behind. Lady Macbeth is not the power-hungry, crafty woman she is normally read to be, and that’s okay—yet her Macbeth doesn’t seem to have much internal drive either. Friedan’s Lady Macbeth is inherently nervous and sensitive, so much so that the famous “Out damned spot” sees Lady Macbeth not as a cunning manipulator breaking down as she becomes plagued by guilt, but as a sensitive and amenable woman. Sullivan’s Macbeth takes on some of the greed and evil, yet these characteristics run consistently throughout the play—rather than developing over the course of it. His hunched shoulders and spewed, quick language don’t build, but rather come right after the first murder and remain until his death. 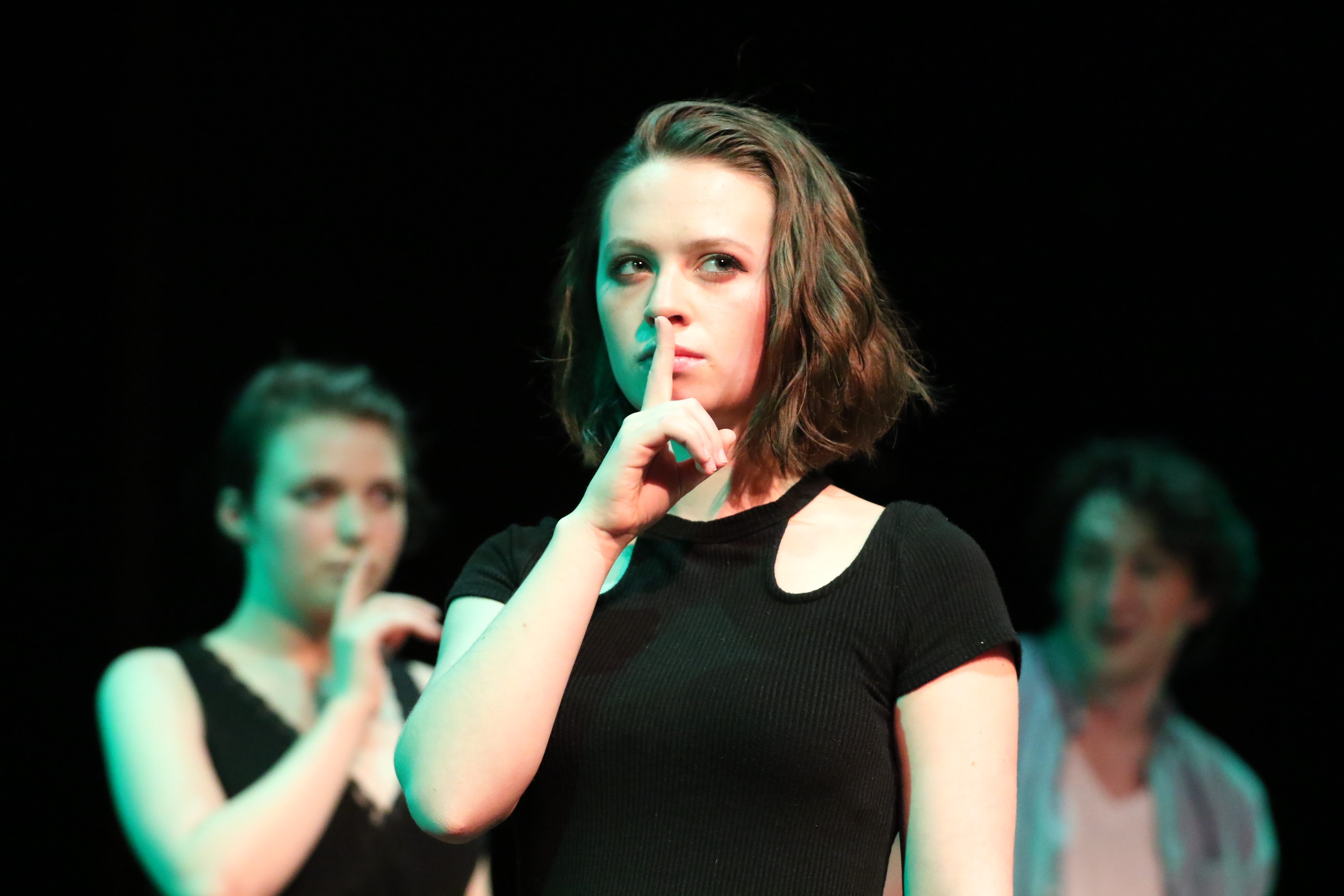 Outside of the leading roles, the play is populated with an ensemble of numerous characters, so many that unless you’re very familiar with Shakespeare’s work, you won’t catch more than a couple names. Despite their potential anonymity, the cast works well to shape shift with each scene, whether they’re royals in the castle, soldiers on the battlefield, or even ghosts in the witches’ creation.

Perhaps the most notable ensemble member performance is first year Monique Gautereaux’s scene as the Porter. She provides the only comic relief of the play, stumbling around the stage drunk, calling out to ask who’s knocking. Her performance is spectacular, but in such a shortened play, where even some main characters (Malcolm, where are you?) are cut, it’s hard to love the scene without wondering why it’s there in the first place. Why keep the comedy in the edited version, when the rest of the production is focused on serious, power-driven plotlines and eerie darkness?

The darkness comes primarily from sophomores Anya Kisicki and Daniel Knopf’s lighting design, which works mostly in greens and reds to illuminate the large playing space. The cast performed both on the ’92 stage and on the leveled floor beneath (set designed by Elam Grekin ’22 and Lucas Gray ’22), creating a three-part performance space. Kisicki and Knopf highlighted downstage, the witches’ arena, with mostly green, and contrasted the stage, an empty chair as a throne, illuminated with red. The rest of the performance remained mostly dark, with little light to see Macbeth’s hunched-over angriness, or the witches’ murderous performances. The dinner scene with Banquo’s ghost was the brightest, highlighting Will Miner ’22’s bloody shirt and hands well to contrast Macbeth’s dismay.

The gore comes through with this blood, specifically blood on costumes and the actors’ bloody hands. The show’s costuming (designed by Sophie Williamson ’22 and Fiona Slusarev ’21) is ambiguously contemporary, leaving audiences unsure just where in time this gore is taking place. Despite the lack of a concrete time period, the use of blood in costuming impressively doesn’t distract from the performance but rather adds to the vulgarity and horror of the piece. The show’s violence, which comes through in numerous stage combat scenes (choreographed by Pablo Puente ’22 and Dimitri Fulconis ’20), makes use of the show’s large cast, providing visual representations of the battle scenes. The last fight between Macbeth and Macduff (Max Johnson ’20) effectively shows a life-or-death power struggle, with unidentified props (designed by Caitlin Sergi ’22) as weapons.

The production ends as it began, with the witches, highlighted in green light, circling the cauldron downstage, wondering when they’ll meet again. It’s this ending that puts a pin in the show’s work, making sure each audience member really knows the show is supposed to be from the witches’ perspective. 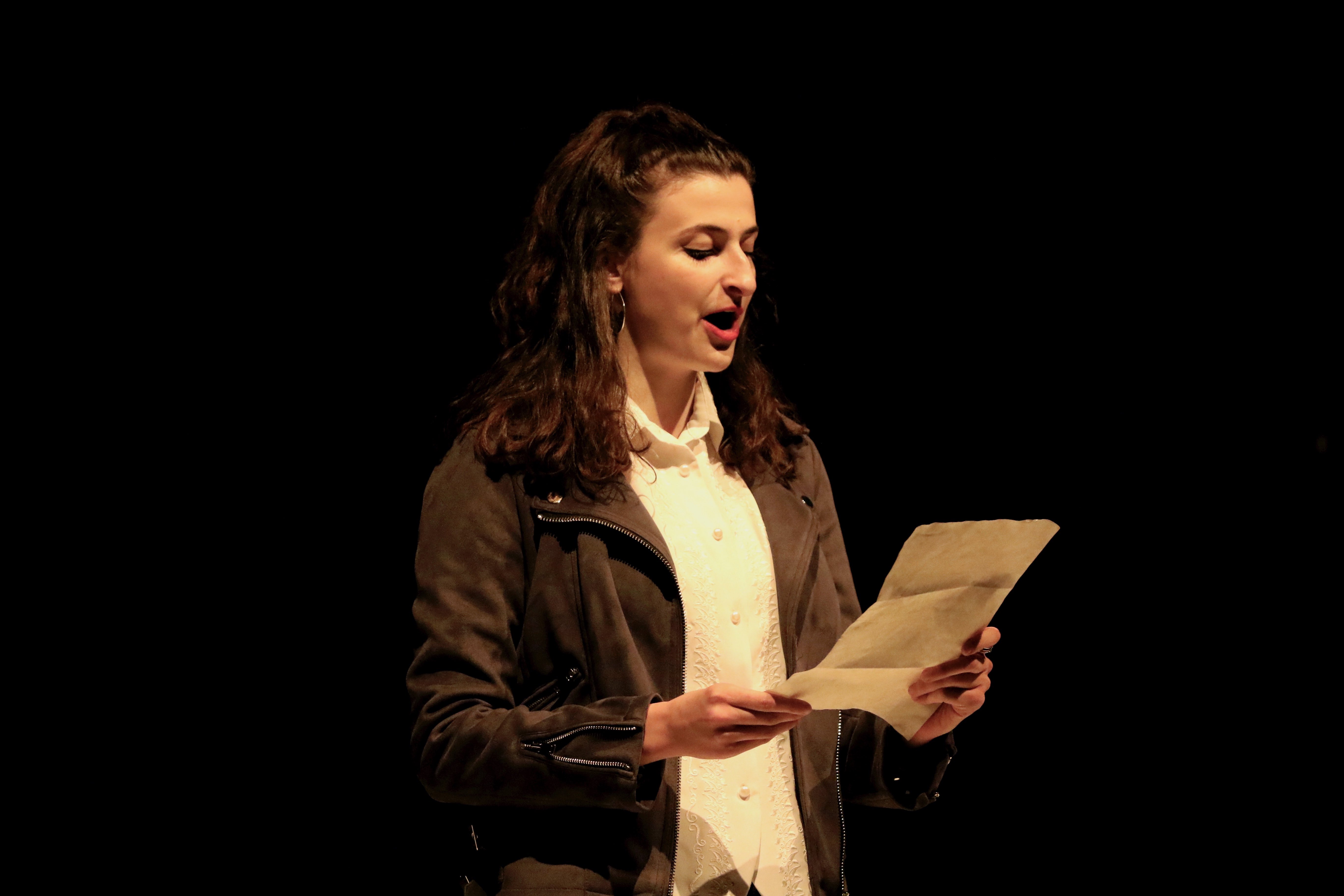 While the show has been slanted to focus on the witches, it’s important to ask—as with any work, but especially Shakespeare—why it’s being performed at all, and why in this current moment. Why do Wesleyan audiences need to see “Macbeth,” with the witches as all-powerful? Why now? What message does this work give us about our current moment? We’re left feeling like these supernatural entities overcome all and that the witches make common men puppets in a larger plan. But why is that important to us? What does retelling this story do for Wesleyan audiences?

These questions are especially crucial in a time when Second Stage is reworking itself to become a curating organization, carefully picking shows that represent the broader Wesleyan community rather than a selective privileged group. This season’s “Macbeth” moves away from traditional Shakespearean norms, making space for non-white, non-cis-male actors and bringing untraditional characters to the forefront. This allows us to see Shakespeare’s tale differently—giving responsibility to mystical forces rather than man—yet it fails to give this work meaning in the present.

Zoë Kaplan can be reached at zkaplan@wesleyan.edu, or on Twitter @_zoekaplan.