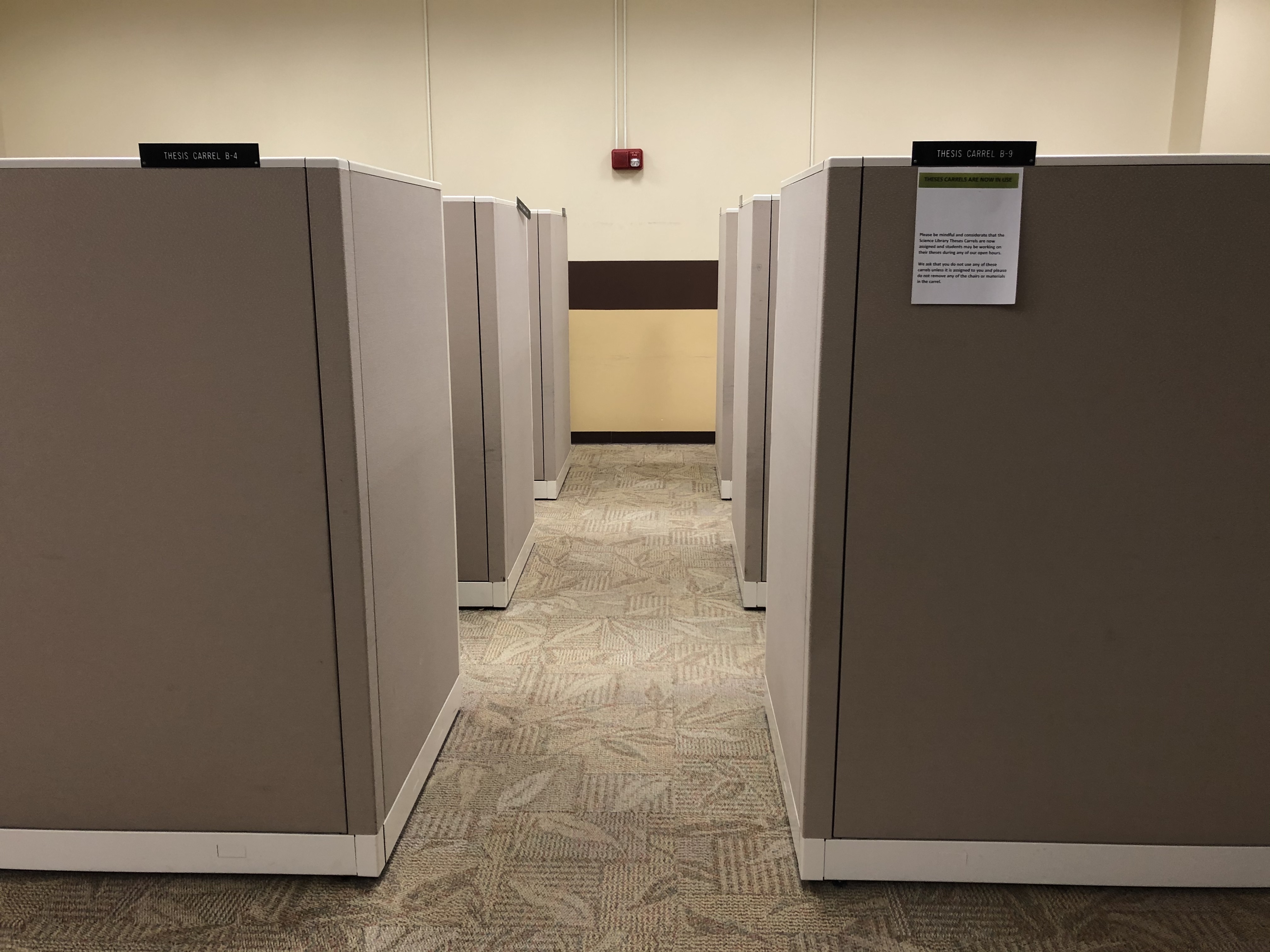 A new thesis carrel assignment process for honors thesis writers, which assigns two students to each carrel rather than assigning one student to each carrel, began this fall. This new process was developed by Caleb T. Winchester Librarian Andrew White and Aaron Cheung ’19 last spring.

Last year, under the old process, 169 students applied for 98 carrels and 67 were placed on the wait-list, in a pattern similar to previous years. After dissatisfied students voiced their concerns about the assignment process, White and Cheung designed this new process in the hope of increasing the number of students who would get carrels. This year, 216 students applied for carrels, and before the list of honor thesis candidates was released, 16 were placed on the wait-list.

“From a process point of view, it seemed to work pretty well,” White said. “There were some concerns on the part of a few students about sharing, but when we explained why we’re doing this—to make sure that a limited resource is available to as many people as needed—most students have been like ‘Oh, okay. I get that.’”

Students were able to either select the student with whom they wanted to share a carrel or receive an assigned carrel mate. In addition to assigning two students to a carrel, the application this year was online rather than on paper, as it had been in previous years. Digitalizing the process, White said, caused more students to apply for carrels than previous years.

Each carrel now has a QR code sticker for students to provide anonymous feedback on the new carrel process or request help with their carrel.

“What we wanted to do was give students an opportunity throughout the year to say ‘This process works,’ ‘I’ve got this problem with my carrel,’” White said. “It’s a direct line for them to give us some data, so if we look at the process next year, we’ll have a set of opinions from students.”

“Next year we plan to wait for that official list before we start to assign the carrels,” Library Facilities Assistant Jessica Steele said. “That won’t necessarily stop non-honors students from applying, but at least it will give us the chance to reach out to those particular students and see whether they’re in the petition process or if there are various reasons that they are not an honors candidate at that moment, we’ll be able to determine that quicker instead of placing students in carrels and then having to ask for keys back.”

Update: White wrote to The Argus on Oct. 8, stating that no students are on the waitlist after the final honors thesis candidates list was released.