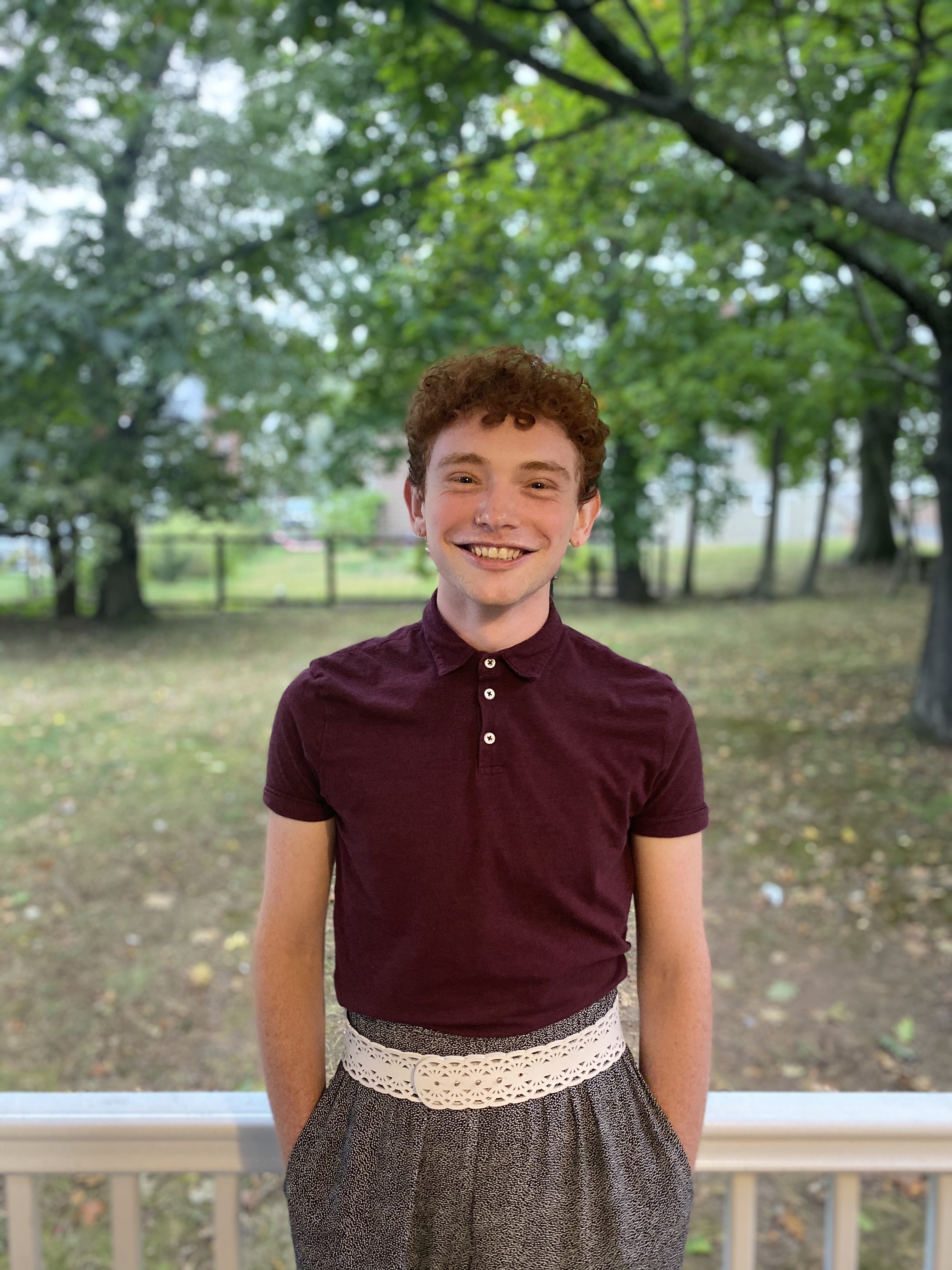 As a first-year student coming to Wesleyan, Ariel Munczek Edelman ’20 felt that there was a lack of what they called an “intentional queer community.” Sophomore year, they co-founded HOUSE (Human Organisms Undertaking Sexy Entertainment), a drag collective, partially to fill that void and partially out of a love for the art form they describe as their “one personality trait.” The Argus sat down with the sociology major to talk data, RuPaul’s drag race, their thesis, and John McCain cardboard cutouts.

Ariel Munczek Edelman: I mean, I do know who nominated me…. I don’t know, I guess–God, this question is bad for my ego, as is being a WesCeleb at all. Why do I think–I mean, I like to think I’ve had an impact on this campus, somewhat, in not necessarily huge ways but particular ways.

A: In what way do you think you’ve had an impact?

AME: I think mainly, like, I’ve led two student groups while being here. I like to think I’m friendly enough that people know who I am.

A: What student groups do you lead?

AME: I co-lead HOUSE, which is the drag group. I started it sophomore year with Sammy Morreale [’19], who graduated. We thought drag was something that people at Wesleyan might really like, and y’know, it’s still around, so to some extent we were right.

A: Do you hold events? What’s the function of the club?

AME: So, it’s kind of varied year to year, what the group looks like. When we started it we kind of thought—neither of us were experienced in doing drag, at all. Sam was a theater major and a performer, and I also have done a lot of kinds of performance, but I hadn’t done drag. I’d played with makeup a little bit, but that was it. The summer between freshman and sophomore year I got obsessed with the art form. We wanted to bring it to Wes and we wanted it to be a kind of learning together, kind of community. Which it didn’t really end up being the first two years. It ended up being kind of a party-planning group, which was fun and good in its own way, but the people who were involved for the most part were not particularly interested in skill sharing much, or even like developing performances together. There [were] exceptions to that, but I think that’s changed a bit this year, though. Hillel Friedland [’22], who is a sophomore and joined the group last year, is co-leading with me, and we really wanted to emphasize the queer community aspect of it. Something we had talked about a lot was that a friend of mine joked that Wesleyan is one-fourth freshmen and three-fourths gay. But there’s so little intentional queer community here. There’s a lot of friend groups that are like lots of queer people, which is great and important, but there’s a lot less intentional community building, and we wanted HOUSE to be a very intentional community, and we wanted the community aspect of it to be primary, and the drag to be a vehicle for that. Drag as an art form is really important to me, but cultivating community is even more important to me.

AME: I’m very, very lucky. My dad is an anthropologist, my mom is a psychologist. I knew I wanted to do something with social science, even if it wasn’t going to be my main focus. I took Intro Soc my first semester here. Again, like ranked it first, was very lucky, and got in. And just fell in love. I was like holy shit, everything about this is mind-blowing. I hadn’t thought—there’s ways of thinking in sociology that never occurred to me before. Particularly at Wesleyan, to some extent I would say it’s not a traditional soc department, I’d say it’s kind of a like a critical cultural studies department, in some ways, and some professors might really disagree with me there. But it’s pretty critical of sociology as a field, as it should be, because sociology was basically invented to pathologize poor people. I think from the time I took Intro Soc, I was like, “I can’t major in anything else, this is going to be it.”

A: What’s your thesis? 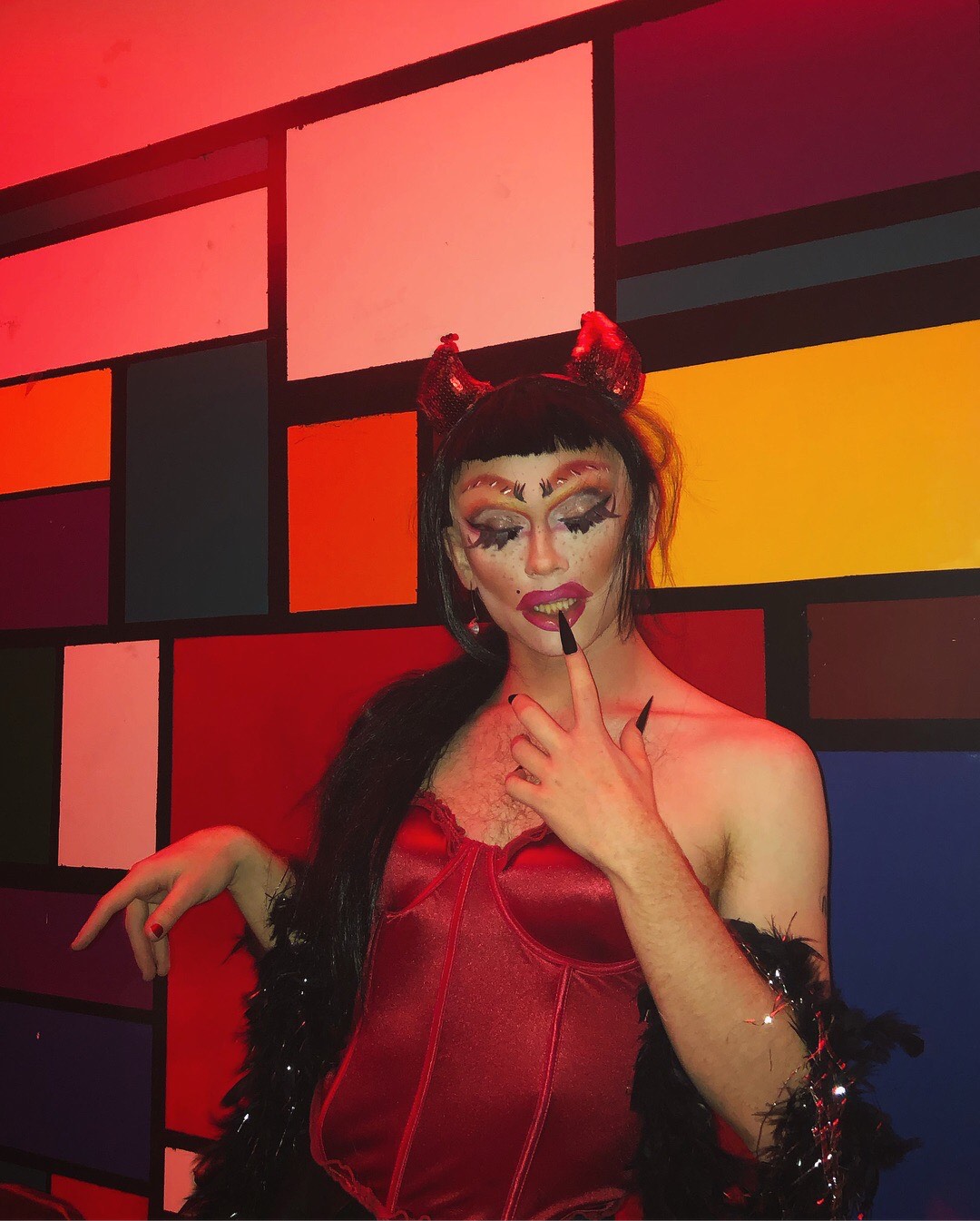 AME: The thing about a thesis is I don’t think it’s for everyone, but when you’re passionate about something and want to spend that much time on it, it’s an amazing opportunity. So I have one personality trait, and that is drag. I’m writing about drag markets. I’m really interested—there’s this whole international drag economy right now, that’s been building up over the last decade or so, that kind of started with “RuPaul’s Drag Race,” but it’s expanded so much more outside of just that one TV show. Still, the production company that makes “Drag Race,” World of Wonder, has a crazy amount of influence over…. I mean drag culture is all over the world, right, like drag—drag is interesting because for most of the 20th century, as it was growing, it was super localized. First of all, people couldn’t really be open about performing in drag because it was so associated with gayness. That said, gender performance has existed as long as gender has existed, which is as long as people have existed, unfortunately. But, throughout the 20th century, what we now kind of think of as drag was super localized. I think you see towards the ’90s, when RuPaul is becoming super famous internationally, and then particularly in the late aughts, when “RuPaul’s Drag Race” premieres, you see this internationalization of drag and a kind of—homogenization is a strong word for what I mean—but there is a through line between what gender performance and drag is across the world, in many different places now, which is not always true. Drag, or gender performance, for most of time, because it was often a very local thing, would be really specific to how gender functioned in different places. And gender functions really differently in different places, even within the same country or even within the same city sometimes. You do see large patterns in how local drag cultures function, which I noticed while working with drag communities abroad last semester. What I’m trying to explore in my thesis is how that happened. How did we get to this moment in drag right now where drag is almost a mainstream thing now, that has tons of straight consumers of drag? But also it’s become this heavily, heavily commodified art form. So how did we get here? And what does that mean for drag artists, for people who consume drag? And what does it make possible or make impossible for what the art form can do?

A: Do you think that because you do sociology, and data analysis, too, do you think it gives you a different lens for looking at society in general?

AME: I think sociology is a bunch of tools for thinking about the social world. So yeah, I think it absolutely gives me perspectives, I think that it’s—almost more than anything—what soc has taught me here is to read critically, and to look for who benefits from certain structures or even certain arguments or ways of thinking. The ways we think about the world are not separate from power structures. I think it’s actually made me really critical of data. I enjoy data stuff, I kind of like the programming and some of the—I don’t really like the math, the math is really hard, not a math person—I like the charts, they can be pretty and that’s fun. I think sociology has made me really critical of data, which doesn’t mean that I don’t think data can be useful, I think it really can be, and it’s one of the few tools we have for looking at larger patterns in social lives, but it also—again, sociology and statistics were invented around the same time in order to pathologize poor people and to manage poor populations in Britain. You can’t separate those histories from what sociology is today, even if sociology is really critical, or certain departments of sociology are really critical of the history of sociology.

A: How do you hope you’ll be remembered after you graduate? What do you think your legacy is here?

AME: Oh god, I kind of hate the idea of a legacy. This is going to sound so cheesy. I feel like the people I know here have impacted me far more than I ever could leave a mark on this place. Right, by how it’s built, this place has a whole new group of people every four years. It’s really hard to leave any kind of significant impact here. But it’s not so hard, I don’t think, to be impacted by the people here. I think that Wes, with its many, many, many flaws, attracts people who are so fucking smart, and so cool, and are pushing the boundaries of every discipline they work in, and I feel so lucky to have met the people that I’ve met here and to have worked with the people that I’ve worked with here. And then also to see what people do after, I mean people do such cool things, this is like…. To me, Wesleyan, I like to think, Wesleyan isn’t the institution, but it’s the people. That’s cheesy.

AME: There’s this one time freshman year. I don’t know why this is what stands out to me but whenever someone asks me, like, “Tell a Wesleyan story,” this is it. And I feel bad about this, but it’s also really funny. Sometime second semester freshman year, some friends and I ended up at a senior house on Lawn. It was a party. It wasn’t a big party. We didn’t know anyone there. People were dancing, people weren’t really paying attention to us, and we noticed that there was a Mitt Romney cardboard cutout that was just right by the door. We thought it would be funny to dance with it and play with it and take pictures—we were freshmen, we were being silly. At some point I was close up to it, and I realized the Mitt Romney face was stapled on. So—and this is where I feel bad, because I assume, hopefully, that this was some kind of ironic joke that these people had this in the first place—I ripped off the face, the Mitt Romney face, and it was John McCain underneath. When no one was paying attention we took it to a friend’s room and glammed it up and did cardboard John McCain’s makeup. That’s probably one of my favorite Wes memories still. I mean there’s a million others but that’s a pretty ridiculous one.

A: Is there anything else you’d like to add?

AME: Oh, steal from the school. Like, okay, Fred Moten and [Stefano] Harney, Harney writes about how the only ethical relationship to the university is one of theft. Fucking take this university’s shit. There’s so much wealth accumulated here, so much stolen wealth accumulated here. Like, get your money. There’s so much you can do with the resources this university offers. Don’t let that pass you by. That’s my creed. Steal from this fucking place.

Sophie Griffin can be reached sgriffin@wesleyan.edu.