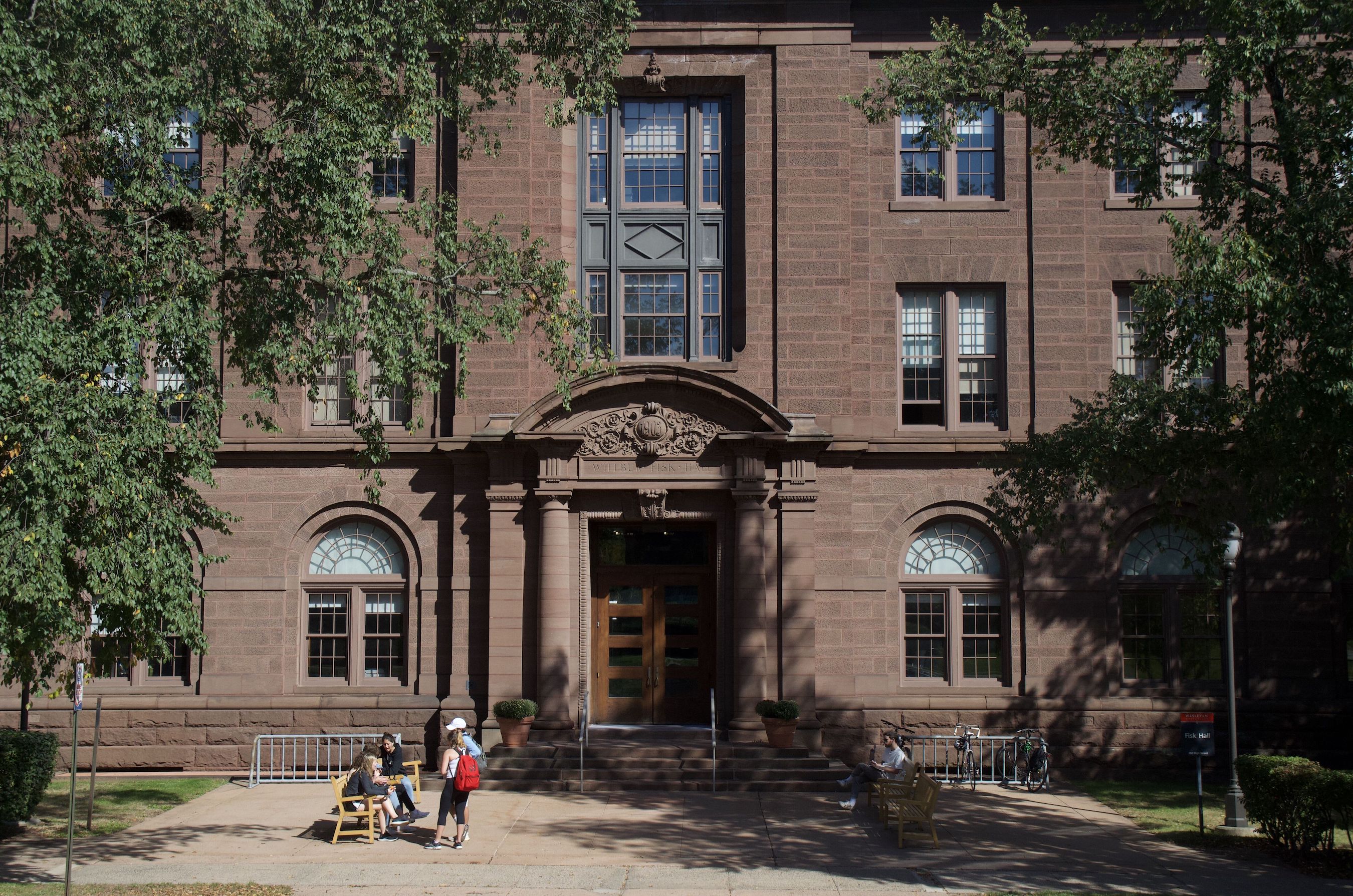 Picture this: You’re staring off into space in your Italian class, the new adjectives that you just learned swirling around in your head. You took Italian to learn about the culture of pasta making or what the deal is with that thing Italians do with their hands when they talk. But all you’ve been learning are verb cases and conjugation. The language feels like it’s missing something integral: the culture of the place.

Enter the foreign language teaching assistants (FLTAs). They’re students—postgraduates or still working on their degrees—at international universities who come here to work and take up to two courses per semester.

Categorized as graduate students, the FLTAs have a year-long, non-degree seeking position where they are designated to help enrich their given language department. This year, FLTAs are from Tunisia, Spain, Japan, France, Colombia, China, and Italy.

In her office in the Fries Center for Global Studies, surrounded by friendly succulents with hand-made name placards, Assistant Director of Language and Intercultural Learning Kia Lor discussed the importance of the program. She emphasized the potential of language to create connections across cultures.

Lor has been in charge of integrating and streamlining all of the different contracts and departments, pulling the FLTA program towards a more structured whole. She’s also the point person who FLTAs go to if they’re having problems with sociocultural differences, such as tipping, or other Americanisms, ranging from small to significant.

Yuki Sakomura, an FLTA for the Japanese Department, is from Osaka Prefecture and wants to be a Japanese-as-a-second-language teacher. He’s in his second year and has found the program to be a valuable way of learning how to teach language. However, he finds there are still sociocultural differences that can cause difficulties in communication. Sakomura discussed these complications which come with understanding spoken English even after studying it for years.

“If a student is asking me a question, of course they will ask it in English,” Sakomura explained. “Like, I studied English, and I came here with some qualification exam in English, but it’s really hard to listen to American students questioning in English. In the morning, in the 8:50 a.m., they are so sleepy, and they are speaking like…I’m like ‘What?’”

“I am here as a cultural ambassador too,” said Mehdi Rezgui, a current FLTA for the Arabic Department and Fulbright Scholar from the Higher Institute of Languages of Tunis. “This is part of the whole program—a lot of people don’t know about Tunisia, don’t know a lot of North Africa—and yes, it’s great to tell them about the specificities of these countries.”

Lor also mentioned that the Arabic Department tries to find an FLTA from a different nation each year, due to the regionality and diversity of the language and its dialects. Tunisian Arabic, specifically, has over 11 million speakers and is separate from Modern Standard Arabic, the official language of the country. By bringing in a native speaker students can gain a more nuanced understanding of the complexity of the language. Rezgui is able talk to students about his culture, giving them insight into a perspective they might not encounter otherwise.

“Some people tell me I am the first one who they have ever met who is from Tunisia,” Rezgui said. “So it’s good to give the broader picture of the country, of North Africa, Tunisia, the first country to initiate the Arab Spring and [begin] revolutions in the Arab world. These are things that I would like to tell, to transmit to my students, this eagerness to know about a country that is not their own, in a completely different area, probably that they wouldn’t get the chance to go to in the future…. ”

Lor explained that the international programs the University partners with are often the same ones it sends Wesleyan students to for study abroad opportunities.

“It’s wonderful because then the students—when they go abroad—they’ve had the TA here and they’ve met the person here,” she said. “And then when they go abroad they get to meet each other again, and they have a connection there.”

Because of this system, students can get exposure to multiple sides of learning a language. For example, maybe after you and your FLTA have bonded over the structure of Mandarin here in Connecticut, you’ll see each other again in Beijing, with a flipped lingua franca.

The FLTAs aren’t professors, so there is space for students to develop a relationship more like that of peers, which can lead to better and clearer communication.

“My relationship with my students has been good,” Rezgui said. “I think they don’t feel any problem telling me which thing they want to work more on, things like that.”

“They can easily be friendly to us, because we aren’t professors,” Sakomura added.

Another avenue to get into conversation with an FLTA is through a language table, which allow students to practice casual conversation outside of a classroom setting. Some of the tables are also open to any student who is a speaker of or interested in the language.

“It’s very easy, and a good way to feel comfortable about the language,” Sakomura said of the tables.

Within Fisk Hall, the various FLTAs have offices, and hold office hours. This can be an opportunity for students in their classes to come ask questions about material. But students are also welcome to ask questions beyond the scope of classwork.

“Most of us have office hours, so if you are curious to talk to us about our language or culture, you can come talk to us too,” Sakomura said.

Within Fisk Hall, the various FLTAs have offices and hold office hours when students in their classes can come ask questions about material. But students are also welcome to ask questions beyond the scope of classwork.

“Most of us have office hours, so if you are curious to talk to us about our language or culture, you can come talk to us too,” Sakomura said.