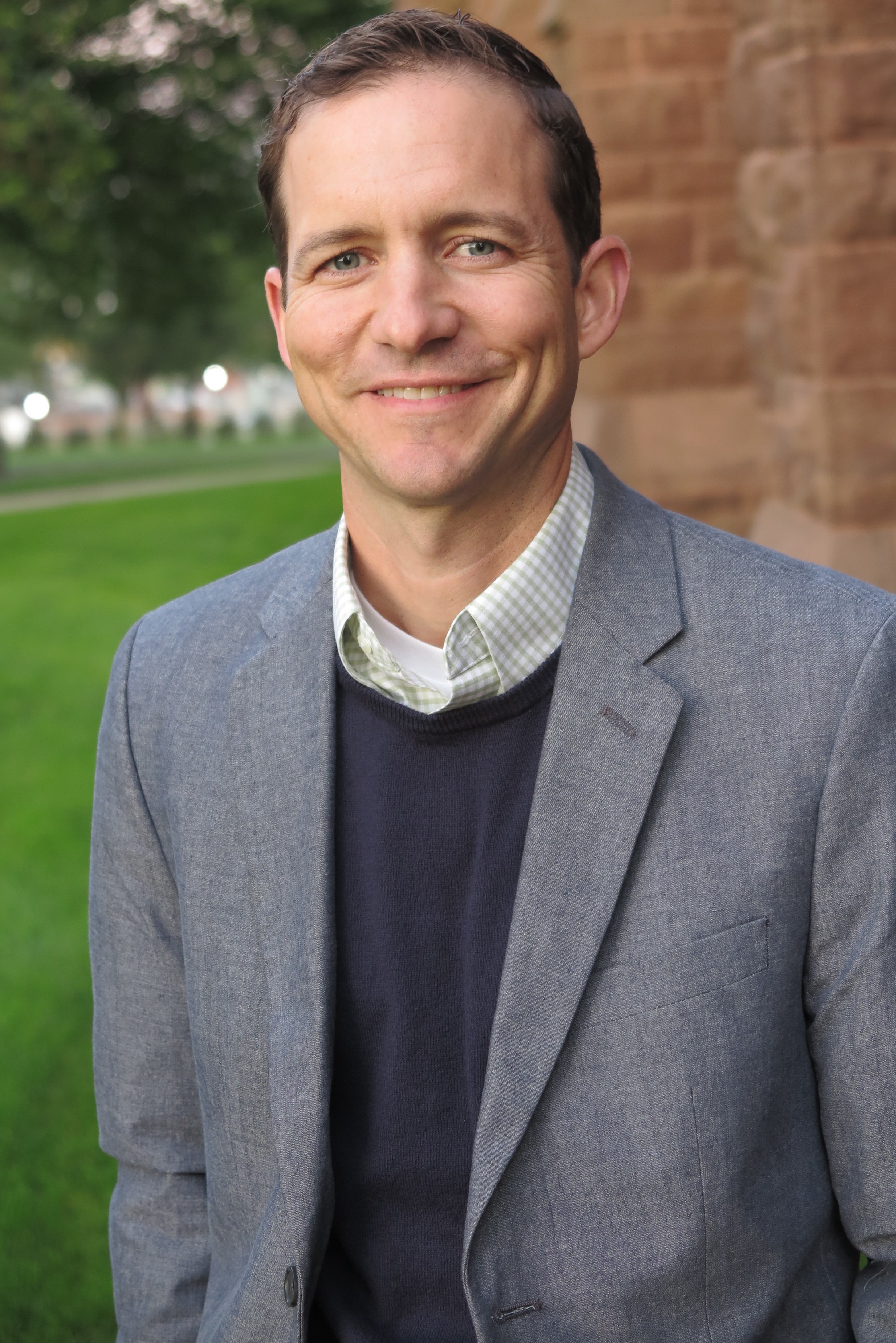 Though Visiting Assistant Professor of History Joseph Slaughter received a college education and military training at the United States Naval Academy and flew as an active duty officer after graduation, when given the choice a few years later, he seized the opportunity to return to the academic world. Now, one doctorate in history later, he and his family reside on campus, just a short walk away from his office on the first floor of PAC. The dark blue walls of Professor Slaughter’s spacious office are flanked with floor-to-ceiling bookshelves that feature an impressive collection of literature punctuated by the occasional photograph, model, or artifact. The Argus sat down to chat with Professor Slaughter about his life, career, and of course, his favorite books.

The Argus: First of all, since you’re a new professor, could you talk about your transition to Wesleyan and what that’s been like?

Professor Slaughter: It’s been really good actually. People have been super welcoming and warm and really helpful, so it’s been a pretty easy transition, other than the fact that I had lived in Annapolis, Maryland for the last nine years, so once you’ve been in one place for a while, that obviously can cause you to put down some roots and that makes it a little bit harder to move. I was leaving an institution that was a little different from Wesleyan, the United States Naval Academy, which considers itself to be liberal arts, but is definitely a completely different sort of concept. So learning some about the culture of Wesleyan has been fun for me, actually, it’s been a good different cultural experience. I think we always grow a lot when we experience different cultures.

A: Agreed. I understand you live on campus here. What do you like about living on campus at Wesleyan, or on a college campus in general?

S: So, we used to live across the street, and kind of as close to the [Naval Academy] campus as we could before, but it’s a little bit different and a little bit more fun here to be on campus because there’s a different energy, in the sense that you could walk across campus on a Saturday and there are students around, enjoying life and such. We’ve just really enjoyed that aspect, enjoyed even meeting some of the [upperclassmen] that live in the dorm right next to us, so that’s been super fun to get to know them even in that proximity. I grew up with a fortunate exposure to college campuses—my parents used to take us to visit different colleges even when we were young, just because they wanted to expose us to that–so I think it’s just a fun environment to be a part of.

A: Can you talk a little about some books that are on your bookshelf? Either academic books that have been formative for you, novels that you love, really anything you’d like to talk about.

S: So obviously, historians have way too many books on our bookshelves. I would just say even some that I just really enjoy, that aren’t necessarily the exact kind of stuff that I teach right now, would be—so this is my colonial section over here—would be this book “Changes in the Land” by William Cronon. It’s a really famous book of environmental history. The thing that I really enjoyed about it was that it let me see history beyond just written records, and Cronon does a really good job of talking about what New England was like before Europeans got here. And when we see nature out and about, that’s probably not even remotely close to the nature that people were experiencing 400 years ago, that nature is always changing, so in taking an approach that wasn’t just relying on written records was a really eye-opening idea for me in terms of history. So that would be one book.

I’ll give you one more, and then a fun one. So, this was a present to me, and this is a facsimile of the 1560 edition of the Geneva Bible. And the cool thing about this as a facsimile is that you can see it’s written in the old style, and it has also commentary that was written by Protestant reformers on the text. The other kind of cool thing too is it has some of these old woodcut illustrations in it, so this is supposed to be the Israelites crossing the Red Sea, and a depiction of that in the Exodus story. For me in my studies, specifically why it’s helpful is that this is the Bible that Puritans and Pilgrims and these other sort of conservative Calvinistic Protestants were using in the 1600s and the early 1700s. They eventually switched to the King James Version, but this is initially the version they’re using. So, again, it’s kind of a window into their mentalities when you read this and you see how things are phrased. ’Cause, you know, they use different words for things than what we would use today, and it’s kind of fun to see that.

So the last one is the history of Richard Scarry. It’s really fascinating, my family got this for me at a library discount sale. It’s really, really cool because it goes through with a lot of his artwork and a lot of his narratives, and it talks about some of the history of his publishing and his upbringing, and I just find it really fascinating to see a window into something that is woven into my childhood and maybe many peoples’ childhoods. This kind of lighthearted, or at least more so for me, history is something that is a nice diversion from the stuff that I’m really serious about: academics or something like that.

A: That’s awesome. I see that you have a lot of photos and items on your shelves that aren’t books. Can you talk about some of these objects?

S: Yes! I’ve got a lot of artifacts in here, don’t I? I’m really blessed and fortunate to have such a large office, because I don’t have room for a lot of this stuff at home and a lot of this stuff is probably not really welcome for our decor at home anyways. So this is my helmet from my days as a navy pilot. That’s a picture of our aircraft, and this is a model of it, the C2 Greyhound. The other models are other planes that I flew during flight school. This is a piece of an arresting gear wire. You can feel it, it’s pretty heavy, even though it’s just a small little piece. That’s the wire that planes grab with their tail hook to stop on the deck of a flight deck. This right here is a friend of mine [who] was on the staff for a former senator in Florida, Bill Nelson, and he had some friends who were on the staff of former Senator John McCain, and he got this little letter from Senator McCain congratulating me when I got my wings in flight school. So that’s something that I’ve always really appreciated and valued quite a bit.

This is another sort of vestige of my childhood, historic flags of the early United States, some of which I’ve learned are complete frauds. Like the Betsy Ross flag, which unfortunately now evidently has been co-opted by the alt-right, unbeknownst to me, but things like that are actually more of a mythology that emerged in the late 19th century after the Civil War.

This little print over here is kind of fun, it’s actually something that was published at the end of the 19th century and it’s trying to show the emergence of and the change of political parties over time. So it starts at the beginning where there are, in theory, not really political parties, and then it’s advancing through all these different administrations of the 19th century and all the fragmenting and when there are third parties that emerge, and it has different famous events, and it has listed the different members of the executive branch, so it’s super, super detailed. Some time if you look at it with a magnifying glass there’s a lot of really cool things to learn about.

A: Very cool. So that’s all for my questions, but is there anything else that you want to add, or that you want students to know about you?

S: No, just that I’ve been super impressed with Wesleyan students. Having taught high-achieving, motivated students in the past, I think Wesleyan students are super engaged, and I’ve just been sort of blown away by our discussions and the preparation people are coming to class with. It’s been an awesome experience being here in the classroom so far.