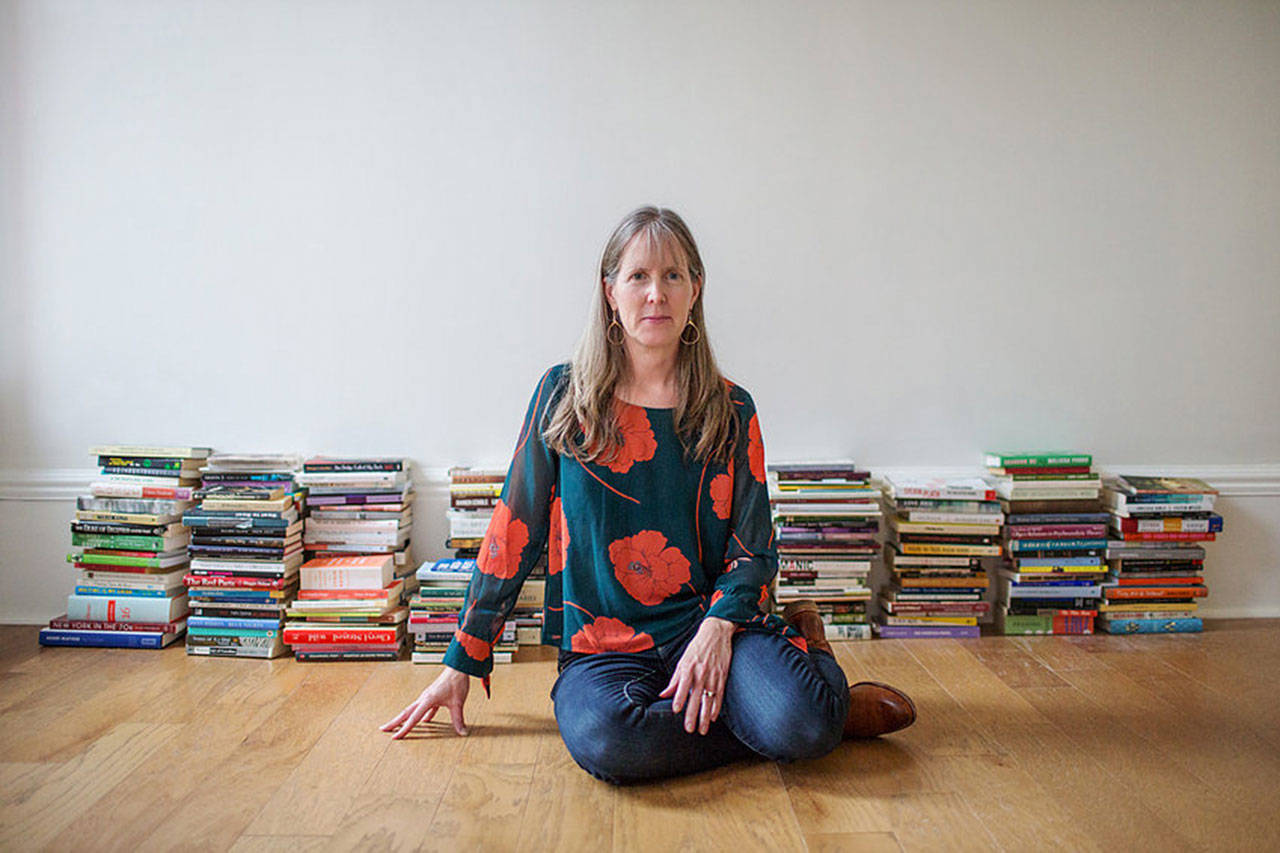 Note: Sara McCrea ’21 is a Features Editor at The Argus.

Author Sarah C. Townsend ’90 discussed her new memoir “Setting the Wire: A Memoir of Postpartum Psychosis” with Sara McCrea ’21 on Thursday, Sept. 28. Townsend spoke at R.J. Julia about her inspirations, the process of crafting her memoir, and the structure of her narrative in a discussion led by questions from McCrea.

Townsend’s memoir is a novel written in various fragments that discusses postpartum psychosis, motherhood, and family. Townsend graduated from Wesleyan with a bachelor’s degree from the College of Letters, received her M.F.A. in creative writing from Goddard College, and her master’s degree in counseling psychology from Northwestern University.

Though McCrea pointed out the circularity of the memoir’s journey, Townsend explained that she hadn’t initially arranged a specific structure for the book.

“On the whole, the book was not planned,” Townsend said. “It wasn’t as if I tried to make something happen, it was more that I had to manage what was happening.”

McCrea said that she thought they were all inherently connected to one another by the memoir’s many through lines.

“The scope of this book is so large that starting to talk about one part of it will link you to so many other pieces of it that it will spiral out,” McCrea said.

Townsend also devoted part of the evening to discussing her writing process and the way the various fragments of her memoir developed connections. The book’s non-chronological structure didn’t initially occur to her as the best way to tell her story, but instead developed while she was writing.

“I thought I was writing about postpartum psychosis, and what I found myself writing was vignettes of my parents, or stories about my father in particular,” Townsend said. “I think that when I let that process go uninterrupted, eventually I could see that there were themes.”

In writing those themes, Townsend wanted to replicate the immediacy of the authors she admired, like Maggie Nelson and Sarah Manguso, but her lack of extensive experience with creative writing led her to experiment with the way she wrote. She would try typing with her eyes closed, for example, or writing very fast by hand in order to avoid getting bogged down in her own self-criticism.

Though she mentioned many authors whose writing styles influenced “Setting the Wire,” Townsend focused especially on the inspiration she received from the documentary “Man on Wire” about tightrope walker Philippe Petit.

“Along the way, I became most interested in voice and intimacy: How close can we get to the reader or how as a reader can I be impacted by a narrator?” Townsend said. “And that was just something that I knew the feeling of, the way you would recognize it when you watch ‘Man on Wire.’ It’s not something you think, it’s something you feel.”

Townsend and McCrea both touched on the sense of ongoing action within the memoir, which Townsend said helped make the story entirely her own.

McCrea also brought up the importance of both sound and silence within “Setting the Wire,” which is specifically typeset to have blank space below the text on many of the pages.

“There’s [so] much space in between, there’s some pages where it’s slightly more crowded, but it’s still a lot of visual silence in this,” McCrea said.

To Townsend, the silence felt profound and restorative, and she relied on it to build on the interaction she imagined having with readers.

“Silence is like a rest in music,” Townsend said. “It tells us that we’re pausing here, and then it also invites the reader. It becomes the conversation that you’re having with the reader, so when there’s space for thought, then the reader’s job is to make the association between the passages, and the narrator has to intentionally direct that process, but avoid telling it.”

Speaking more about how she used silence in her book, Townsend explained how the white space of pages can be used to emphasize specific ideas, quiet them, or represent absences of thought. She believes this is similar to the holes that occur with traumatic memory and described how she dealt with having gaps in her own memory.

“I had to accept the fact that my memory was incomplete and, in fact, that I had periods of time that I lived outside of my own knowing,” Townsend said. “Being able to allow the text to have those holes or spaces was a way that visually, and in other ways, represented a kind of reintegration or reconstruction.”

Townsend brought the evening to a close by reflecting on how her experience with psychosis changed her: She now feels comfortable with others who are going through psychotic episodes and isn’t intimidated by the idea of mental illness.

“I think the most concise thing I can say is that I’m no longer afraid,” Townsend said. “Mental illness doesn’t scare me. I’m comfortable being in a room with someone who’s not able to necessarily hang onto reality.”