Is the Basketball World Catching Up to Team USA? 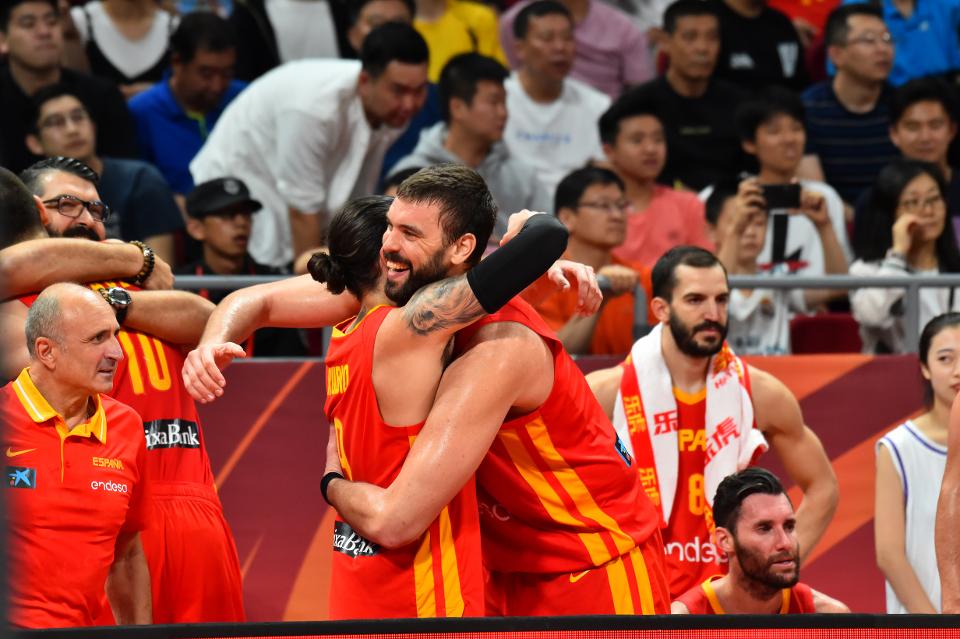 Spain was crowned champion of the 2019 FIBA Basketball World Cup, as they defeated Argentina 95–75 in the final on Sept. 15. Noteworthy performances from players such as Utah Jazz’s Ricky Rubio (20 points, 3 assists, 7 rebounds) and Toronto Raptors’ Marc Gasol (14 points, 7 assists, 7 rebounds) helped inspire the Spanish team to victory in dominating fashion. However, despite Spain’s impressive performance throughout the tournament, it was ultimately the United States’ disastrous finish at seventh place that caught the most attention. The U.S. team crashed out of the tournament after losing to France in the quarterfinals, 89–79.

“France looked like the better team, more or less, for a majority of the game,” ESPN noted.

However, the writing was already on the wall heading into the FIBA World Cup. Prior to the start of the tournament, the United States had suffered a series of setbacks. NBA stars such as James Harden, Damian Lillard, Anthony Davis, Bradley Beal, and DeMar DeRozan dropped out from the U.S. roster in order to prepare for the upcoming 2019-20 NBA season. Despite a depleted roster, the U.S. and San Antonio Spurs head coach Gregg Popovich still had a respectable roster to work with: two NBA All-Stars—the Boston Celtics’ Kemba Walker and the Milwaukee Bucks’ Khris Middleton—and two blooming stars—Boston’s Jayson Tatum and the Utah Jazz’s Donovan Mitchell.

Although the United States started the tournament off with a blowout victory against the Czech Republic, their next game against Turkey exposed a lot of the weaknesses in their diminished roster. The United States barely stayed alive in a 93–92 overtime victory, one in which Turkey gave away four missed free throws and various bad fouls. The loss exposed the roster’s lack of defensive specialists; the United States was unable to guard against Turkey’s use of the pick and roll. On the offensive side of things, the United States looked jumbled and lost in its schemes as it often relied on isolation plays from star players in Walker and Mitchell.

These problems would only become clearer in the quarterfinal game against France. Despite a valiant 29-point effort from Mitchell, it was ultimately his Jazz teammate Rudy Gobert that stole the show, helping to clinch an 89–79 victory for France. Boasting a monstrous stat line of 21 points and 16 rebounds, Gobert proved why he was the reigning two-time NBA Defensive Player of the Year as he dominated the paint on both ends of the court.

With the devastating loss against France, it’s crucial to ask the question: Is America not the best at basketball anymore? The short answer: Nope. There’s no reason to panic yet.

Despite the United States’ dreadful performance at the 2019 FIBA Basketball World Cup, it’s still important to remember that if NBA stars such as Harden, Lillard, and especially Davis had been there, the narrative would have been very different. Davis would have been there to supplement Team USA’s shortcomings on defense, especially rim protection, whilst Harden and Lillard boast more than enough offensive superpower to carry Team USA over the top.

However, the FIBA tournament did reflect the increasing ability of the other nations’ teams. When matched up against the elite teams in France and Serbia, it was not that the United States that had the best player on the court, but rather the opposition. The United States did not have an answer to France’s Rudy Gobert or Serbia’s Bogdan Bogdanovic, both of whom feasted on the United States’ weak defense.

This NBA also reflected the globalization of the game. For the first time in NBA history, international players won all of the major NBA awards, with the exception of the Sixth Man of the Year Award. The two most coveted awards, Most Valuable Player and Rookie of the Year, were won by Greece’s Giannis Antetokounmpo and Slovenia’s Luka Dončić, respectively.

Dončić is perhaps one of the best examples of the international starpower in the NBA. Prior to coming to the NBA, Dončić was a star for the Euroleague team Real Madrid. Despite facing a lot of doubts from NBA critics in the beginning, mainly due to his perceived lack of athleticism, Dončić quickly silenced all critics with his flair and unique skill on the ball. He ended last season with impressive rookie averages of 21.2 points, 6.0 assists, and 7.8 rebounds.

With an increasing amount of international players entering the NBA, it seems evident that players abroad will continue to dominate the league. Although it’s too reactionary to state that the golden era of American basketball has passed, the once-massive gap between the world and the United States has started to slowly narrow.