The Inexplicable Allure of Caroline Calloway 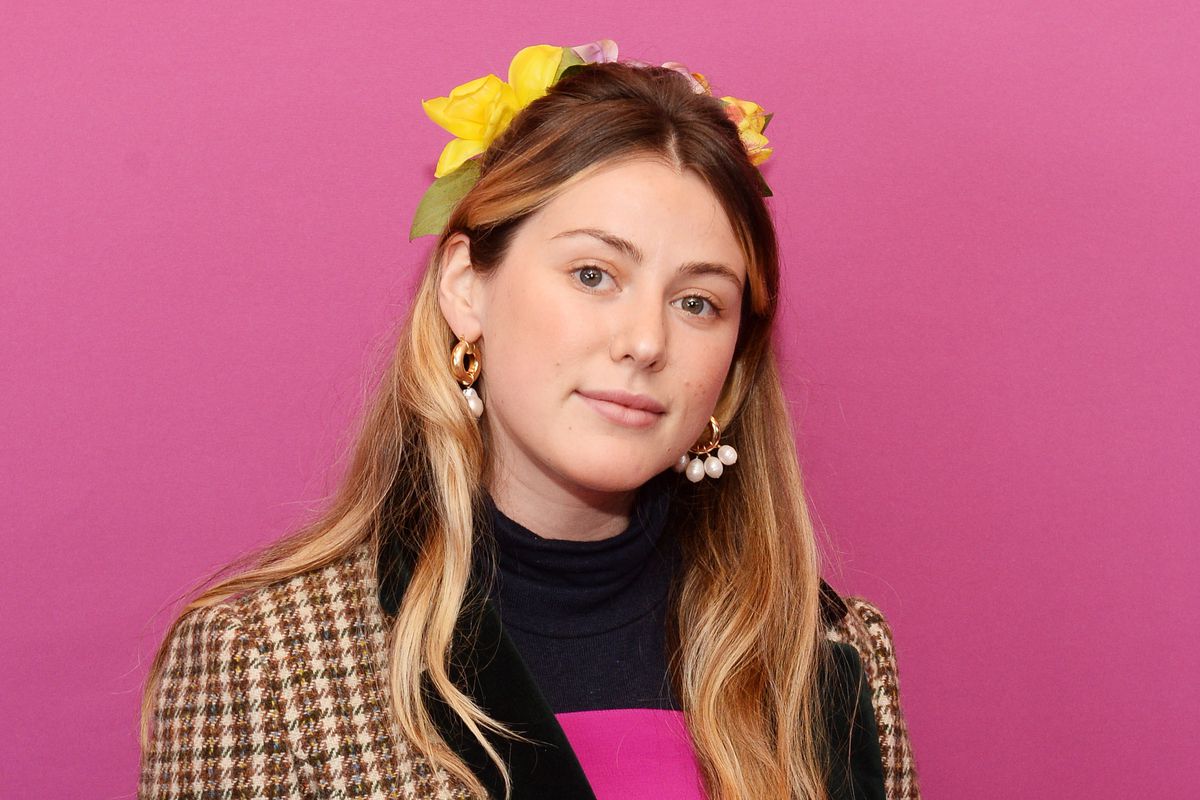 I first learned who Caroline Calloway was in 2018, when she made headlines for ordering over 1200 mason jars to her tiny New York City apartment building. I immediately became fascinated with her, because I just could not wrap my head around why anyone would possibly need 1200 mason jars in the first place.

It turns out that this Instagram influencer needed them for something that she called “creativity workshops.” Calloway advertised several different four-hour long seminars to her followers in various cities, in which she claimed that they would be able to make new friends, talk Instagram strategy, and enhance their creativity. She promised all of that, plus the allure of personalized care packages for each guest, vegan lunches, coffee with oat milk, and, of course, mason jar gardens—all for a small fee of $165.

To nobody’s surprise, this backfired, quickly turning into a fiasco so big it drew comparisons to the infamous Fyre Festival. It was eventually exposed that Calloway had never even booked a venue for this event, and therefore there was nowhere to even hold the mason jars. Calloway decided to put a hold on the events, which she had originally planned to take on a worldwide tour, without a proper plan in place for refunds. In January 2019, she resumed the tour, where attendees reported that they sat on her floor, ate salad, and were allowed to put a single flower in their hair for a photo, but then subsequently had to give the flower back. If this doesn’t sound like the ultimate peak of Instagram influencer culture, then I don’t know what does.

As it turns out, this wasn’t the first time that Calloway had come under heat for her supposed Instagram fame. On an account that first began to document her world travels as a student at NYU and then a transfer to Cambridge in 2013, followers envied not only the photos of the beautiful scenery of Sicily, but also her captions. Calloway’s captions were witty and insightful, as we learned intimate details of her seemingly glamorous life. They were long paragraphs and read almost like someone’s personal diary. Most of all, they were somehow extremely captivating—which is what landed her a $500,000 book deal in 2015. Again, perhaps unsurprisingly, the book never came to fruition, and in 2017, she announced that she was “no longer interested in writing it.” Same, Caroline, same.

Calloway had now become a resident laughingstock of the Internet, and although she was still “influencing” she was laying low, for the most part. After I caught wind of her mason jar scandal, I didn’t think we would hear from her ever again. And we didn’t—that is, until last week.

On Sept. 10, 2019, an article by Calloway’s ex-best friend, Natalie Beach, was published on The Cut, entitled “The Story of Caroline Calloway and her Ghostwriter Natalie.”

The article revealed new, bizarre details of Calloway’s life, such as her obsessions with Yale University and the color Tiffany Blue. We learn of Caroline’s Adderall addiction, her strange finances, and her attachment to her Exeter class ring. Beach really exposes Calloway for all that she’s worth, but perhaps the most important information to come out of this exposé was the news that Beach was actually the one behind a substantial portion of Calloway’s infamous Instagram captions. Oh, and she also wrote the majority of her unpublished book.

And now, for some odd reason, this latest article has gone viral. While it’s an extremely fascinating story, it kind of makes me wonder just exactly why the world is so obsessed with Calloway. I mean, to be fair, they’re both kind of…losers, right? They’re not famous, they’re not really in the spotlight, and compared to popular influencers such as Arielle Charnas of @somethingnavy, Calloway’s follower count is quite low, at 798,000. So, why do we care about these people, and what do they even have to offer us? To a certain extent, who cares if Beach ghostwrote Calloway’s now-defunct book? At its base, the story is just about two regular girls, with similar drug and love and relationship problems as the rest of their peers.

What adds another complex layer to all of this, though, is that Beach seemed to be madly in love with Calloway. Well, maybe not in love, but she was definitely enamored. In the article, she describes multiple situations where Calloway walks all over her, but she doesn’t ever leave her side. She idolized Calloway, and ate up her every word. Whether she wants to admit it or not, I bet that Beach wishes that they were still best friends.

Maybe, though, what we, and the rest of the world, are obsessed with is the physical allure of Calloway. With her long, blonde hair, thin body, designer clothes, and fake eyelashes (Beach highlights that they’re actually silk), she is the quintessential “Rich East Coast girl.” Equipped with a boarding school education and a college degree, she oozes privilege. It almost makes us want to live vicariously through her, even though she has had many downfalls. After all, we always want what we can’t have. It does make me wonder, though, if we would still be this enamored with Calloway if she was less skinny, or hadn’t gone to private school, or didn’t have the funds to travel the world or snort Adderall. To be honest, probably not, and that’s pretty sad.

Calloway hasn’t come out with a written response to the article quite yet, but her Instagram page is full of increasingly manic posts about Beach’s article. It’s quite distressing, really, and honestly, I would be more concerned if it wasn’t for the fact that she keeps advertising she’s seeing a therapist. But then again, Calloway’s actions remain somewhat concerning, since she continues to repost almost every single one of her old, ghost-written Instagram posts and captions, in which she points out when Beach helped her, and when she did not. Calloway is not only defensive, but extremely hyper-aware of every detail that’s ever gone into her Instagram page. I feel badly for her, because she so clearly needs serious help, but instead, we’re all just watching her spiral.

All in all, what I can say is that Calloway and Beach are both pretty insignificant figures, and it’s kind of crazy that the media has picked up this story so readily and taken it to such extremes. It’s hard to know exactly why, but even I’m guilty—from the day I first heard about the truckload of mason jars arriving at her door, I’ve been invested. It’s obvious that the media loves Caroline Calloway, but does she love them back? Only time will tell, and I, for one, am eagerly waiting for her response.