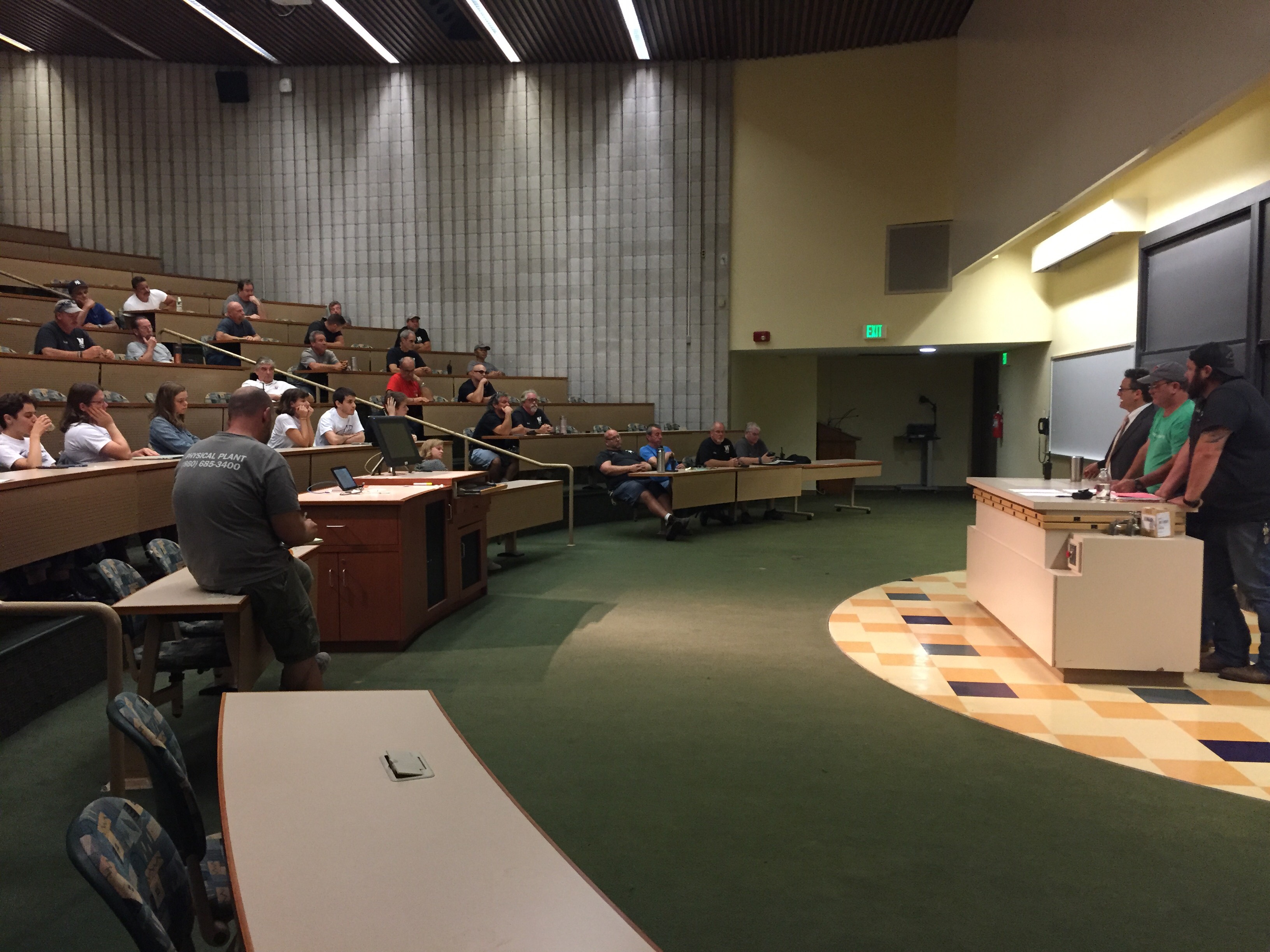 Thirty-two members of the Physical Plant union unanimously rejected their contract at a meeting on Tuesday, Sept. 10.

“Speaking to all the members over the week or so that we had after that to basically explain what we’re looking at, and then the more you talk about it, and the more you punch the numbers, you realize that it’s not that good of a deal,” said Physical Plant union steward Kris Patterson, who is a member of the Material Handling team.

The contract expired on June 30, 2019, and members have been on an extension ever since. Negotiations for the latest three-year contract started even before the expiration date, according to Physical Plant stewards, but have continued into this fall.

The Argus reached out to Associate Vice President for Human Resources Lisa Brommer and Senior Vice President, Chief Administrative Officer and Treasurer Andrew Tanaka ’00 for comment on the negotiations.

“Andy Tanaka and I talked today and want to let you know that the University worked very hard, in partnership with the union’s negotiating team, to address the issues that were important to the Physical Plant employees,” Brommer wrote in an email to The Argus. “While we were disappointed that the tentative agreement failed, especially after it was unanimously approved by the union’s negotiating team, we are committed to the core benefits it provided. Specifically, we addressed key concerns about health care, pension funding, and job security while providing competitive wage increases for each year of the three year contract. We remain committed to working with the union to reach agreement on behalf of our employees.”

The draft of the rejected contract included a 3-percent raise per year, a one-time payment of $500 per year, and the health insurance cap on increases from year to year; if it went up more than 4 percent in the first year, or more than 10 percent in years two and three, the contract would re-open. But members were preoccupied with the possibility that, for instance, health insurance costs would rise by 9.9 percent and they would have to accept it.

Another part of the problem is that the University doesn’t know how much insurance costs will raise yet, either.

“They don’t have the information—the information isn’t out yet,” Patterson said. “So in years two and three, they don’t know the numbers, and therefore it’s kind of very open. It could be 1 percent, it could be 4, it could be 10 percent. So, worst case scenario, we ran the numbers from if it were 10 percent year two and three, with the 3 percent raises, there’s guys that are going to be in the red—with the insurance going up and all the other stuff, and cost of living and everything factored into in, there’s guys that are not only not going be getting a raise, they’re going to be losing money, as opposed to guys in the upper tier barely making worth of their raise. So that’s why everybody voted no.”

The $500 payments in the rejected contract were intended to cover potential raises in health care, but after calculating potential costs in the coming years, many workers began to believe it wasn’t a fair deal.

“When these guys looked at the $500 each year, they were like, ‘Alright, so that’s like $340 after tax,’ so if your insurance goes up eight or nine hundred dollars, I mean…,” trailed off Physical Plant Chief Steward Pete McGurgan, who is a member of the Heating, Ventilation, and Air Conditioning (HVAC) shop.

At the meeting, Local 153 Union Representative Seth Goldstein spoke before members put the contract to a vote.

“We want to go back to the table, we want a fair contract, we’re not looking for a dispute with the employer, but someone’s got to stand firm against this type of corporate excess—and I say that sadly because Wesleyan University should not be a corporation,” Goldstein said.

Some students attended the meeting on Tuesday wearing Office & Professional Employees International Union (OPEIU) 153 shirts in solidarity with the workers.

“I’m here with the United Student Labor Action Coalition,” Madeline Wesley ’20 said to the room. “If you decide to go back to the table, we’re going to be here to support you…. [We want to] really make this campus a more equitable place for students and so that we can all be part of a community together.”

Goldstein also spoke with The Argus about the contract after members had voted against ratifying it.

“Hearing the stories of our members, and seeing the calculations that they did themselves,” Goldstein said, when asked what changed his mind about whether or not members should ratify the contract. “This is not a bad contract…. It’s not for me to sell the contract, it’s up to the members. And I do want them to be fully educated about it, and I think our members said it was a good contract, except for the issue regarding the health insurance.”

Now that negotiations are being opened again, everything in the contract is up for negotiation. Physical Plant workers expect that the negotiations will pick back up again in the coming days.

Hannah Reale can be reached at hreale@wesleyan.edu or on Twitter at @HannahEReale.