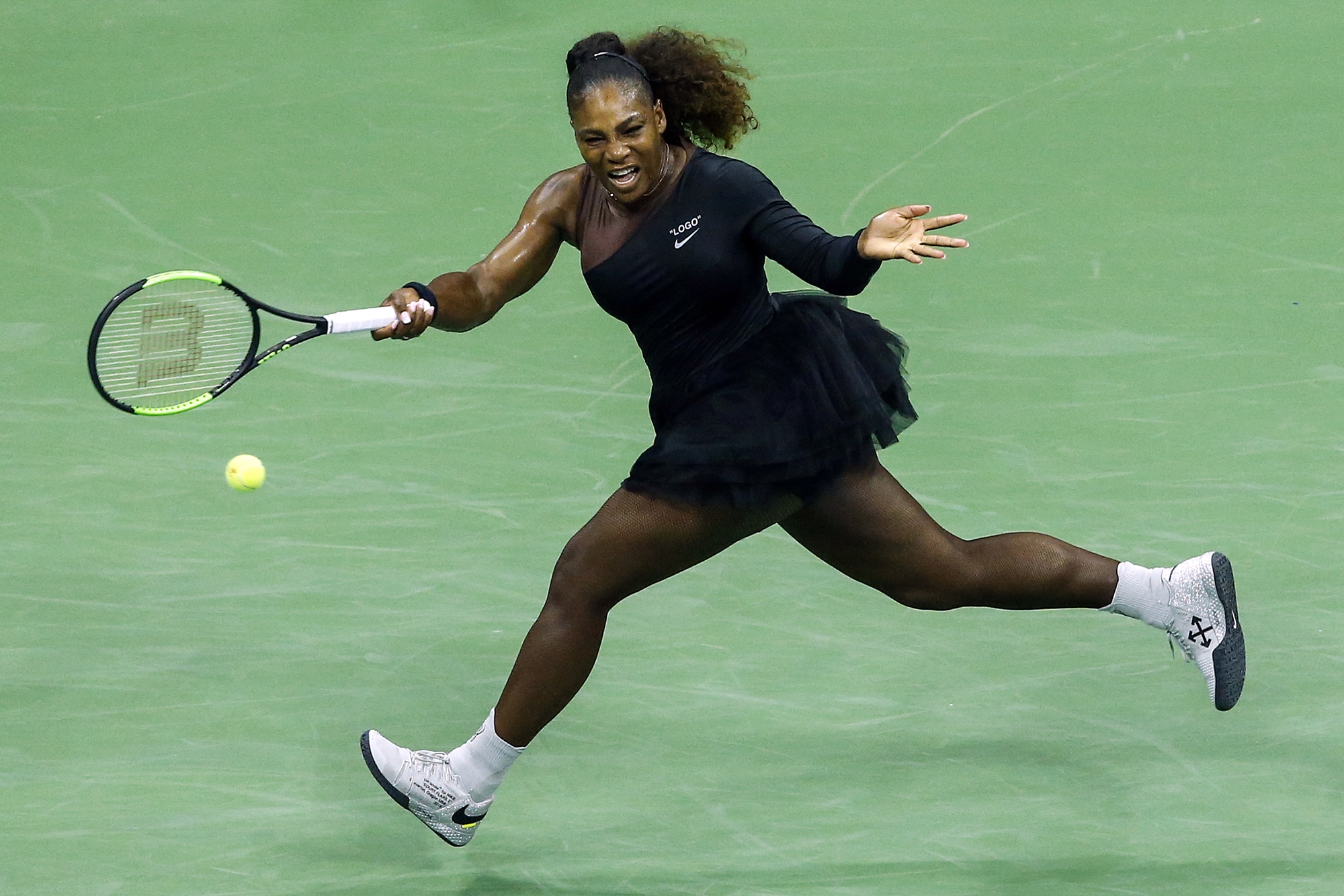 “Because I’m a woman, you’re going to take this from me?” Serena Williams yelled at an event referee at the 2018 U.S. Open Final.

Her voice was raw and shaking with frustration. She had every right to be emotional—the match held an opportunity for record breaking and history making.

The 2018 U.S. Open Final was Williams’ chance at a 24th Grand Slam Title in singles, a record held only by former No. 1 women’s tennis champion Margaret Smith Court. It was also her first U.S. Open after giving birth to her daughter in 2017.

Her opponent, the now-21-year-old Naomi Osaka, had already made history that night. She was the first Japanese woman to ever reach a Grand Slam Final.

The excitement and potential of the match was then overthrown by controversy, sparked by Williams’ emotional on-court outbursts.

Over the course of the night, the chair umpire dolled out three violations to Williams. The first, for a coaching signal made during the match; the second, for record abuse; the third, for verbal abuse. Williams was upset and angry at each call, and she confronted the chair umpire and the event referee. The rulings not only cost her a point and a game, but also her standing as a respected athlete—a black female athlete at that.

Williams’ emotional responses and the chair umpire’s reactions outline one of the most controversial Grand Slam matches of all time. Yet the tension sparked an important conversation about how gender and race interacts with perceived emotion in women’s sports. The results of the final were not simply shaped by the rules of tennis; they were also affected by how Williams’ responses were received because of her gender and race.

Billie Jean King, former No. 1 women’s tennis player, immediately identified how male and female athletes are treated differently. King is known for defeating Bobby Riggs in the Battle of the Sexes in 1973, as well as her activism in gender equality, LGBTQ rights, and social justice.

“When a woman is emotional, she’s ‘hysterical’ and she’s penalized for it,” King tweeted. “When a man does the same, he’s ‘outspoken’ & there are no repercussions. Thank you, @serenawilliams, for calling out this double standard. More voices are needed to do the same.”

“Same umpire accused Venus of cheating in 2016 gave her a coaching violation because of it,” Owens tweeted. “So when I say there is racial bias, please stop denying the obvious.”

Williams fought back with her own personal essay published in Harper’s Bazaar.

“Why can’t I express my frustrations like everyone else?” Williams wrote. “If I were a man, would I be in this situation? What makes me so different? Is it because I’m a woman?… Why is that when women get passionate, they’re labeled emotional, crazy, and irrational, but when men do they’re seen as passionate and strong?”

This tension surrounding women athletes’ emotions continue even in happier, victorious team moments. When the U.S. Women’s World Cup team scored a record-setting 13 goals against Thailand this summer, they celebrated every goal with the same enthusiasm.

The team was targeted with fierce online backlash by critics who claimed they lacked good sportsmanship.

“…celebrating goals (like #9) leaves a sour taste in my mouth like many of you,” Taylor Twellman, ESPN soccer analyst and former U.S. men’s national team member, tweeted.

Clare Rustad, a former member of the Canadian women’s national team and a current analyst, agreed.

“The USWNT displayed poor sportsmanship excessively celebrating many of the 13 goals against a 34th ranked team,” she tweeted. “You are one of the best teams in the world. Act like it.”

Yet what does it mean to act like the best team? Why can’t the women’s team celebrate that they’re the best?

What is the mark for when they’re supposed to stop celebrating, especially as they come closer to breaking a record or make history with each goal? The men’s team has scored 12 goals in the past three World Cups—why can’t the women celebrate beating that mark in a single World Cup game?

This backlash demonstrates how viewers, analysts, and even other former women’s players are unable to reconcile women athlete’s emotions and their athletic ability. Why do we blame women when they get emotional in sports—whether that emotion is negative or positive? Why do we consider men’s emotional reactions strong or celebratory, while women’s reactions are aggressive or overdone?

Emotions arose again as Naomi Osaka returned to the court for another U.S. Open competition, this time facing off against Coco Gauff in the third round of tournament play. Gauff, at 15 years old, had garnered major attention earlier in the summer when she reached the fourth round of Wimbledon, but struggled to overcome the 2018 U.S. Open champion.

After Osaka won the match in just 65 minutes, Gauff found herself on the sidelines, struggling to stop her tears. Osaka came over to her before the on-court interview, typically reserved for the match’s victor.

“She asked if I would do the on-court interview with her, and I told her no because I was going to cry,” Gauff said after the match. “But she encouraged me to do it.”

Fans, analysts, and critics alike praised Osaka for her sportsmanship after the match. They admire her kindness and compassion toward Gauff and her selflessness in proposing a joint interview. After the match, both players wiped away tears and answered questions in appreciative but shaky voices.

“This is an emotional night, everybody!” proclaimed ESPN interviewer Mary Joe Fernández.

Perhaps these emotions are what made the night so special. Sports are exciting because of the emotions they bring out of us, whether we’re on the court or on the sidelines. When we allow women athletes to express them rather than judging them, we start to value what sports are all about. We value these athletes for who they are and what they’ve accomplished as a player.

Therefore there’s more than one fight when it comes to women’s gender equality in sports. Women need to not only be paid equally for their work, but also equally recognized and valued when their work is performed on the national stage. They need to be treated equally when they argue with an umpire or rejoice over a victory.

When we stop shaming and blaming women for their frustration, celebration, or disappointment, we bring them onto a playing field where we can recognize them as equals, champions, and even the greatest athletes of all time.