Cross Talk: The Old Taylor is Alive and Well on Lover 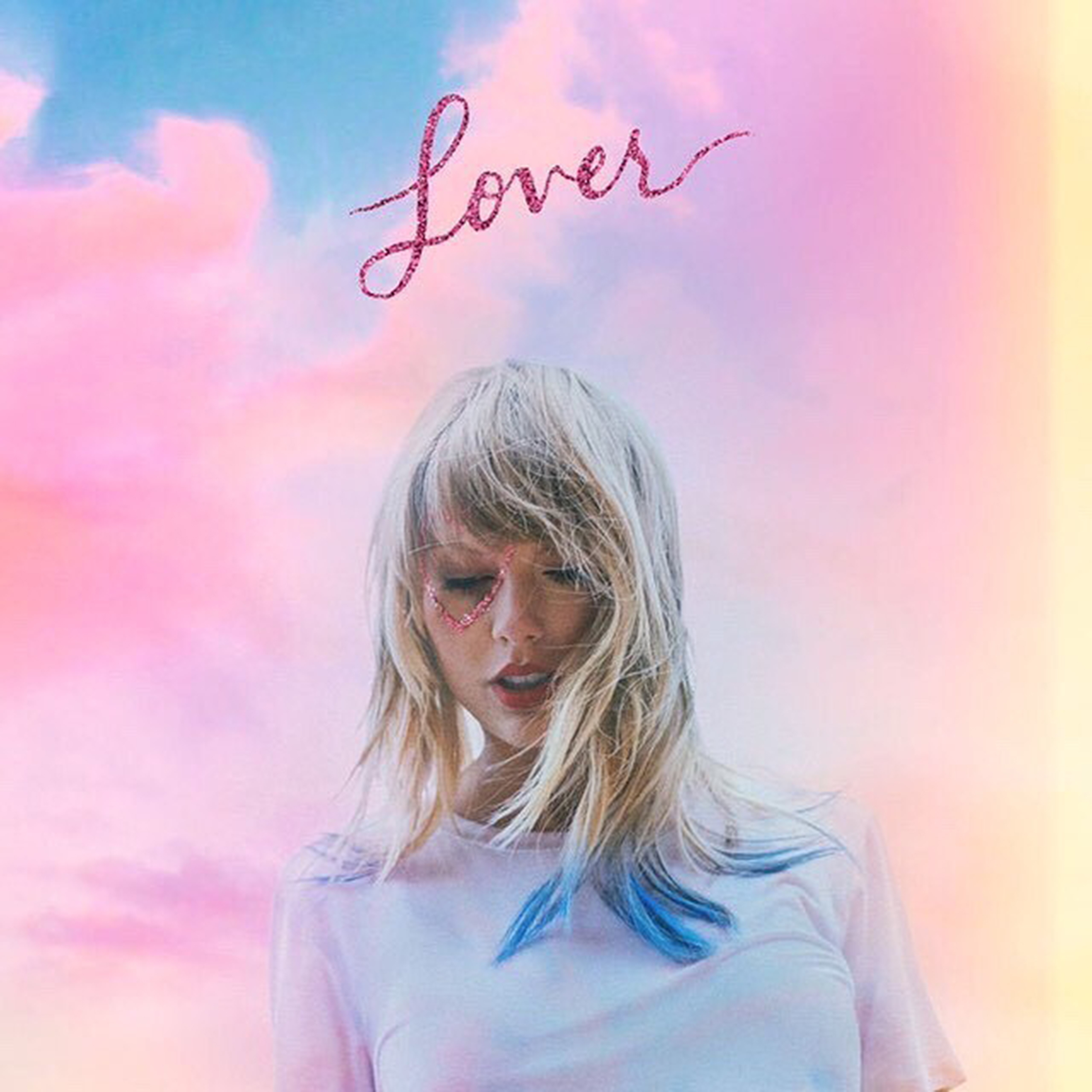 HR: I think the problem is that I’ve listened through the whole album several times, and every single time I’m shocked by how many songs there are.

TJ: 18 songs is way too long, and there’s definitely enough decent stuff in there for a really tight 10 to 12 song album. I also feel like Taylor Swift consistently picks the worst songs as singles. “You Need to Calm Down” and “Me” were both terrible.

HR: I would argue by far the worst on the album. I guess “The Man” is also pretty bad.

HR: Someone told me that she was recommended specifically only “The Man” by a friend and I told her to take it as an insult, because that friend is pigeonholing her, and thinks that she’s just gonna like any song that vaguely mentions sexism.

TJ: Yeah that friend just has bad taste. “The Man” is not the feminist anthem Taylor thinks it is.

HR: Like obviously she has been generally treated with sexism over the course of her career, but I heard “The Man” as specifically referring to the whole Kanye West “Famous” event. There’s a line—I forget exactly what it is—where she talks about her “power moves,” and it’s like… you mean when you were exposed for having publicly lied to your fans?

TJ: That was really only a power move on Kim Kardashian’s part. The one thing I will say about “The Man” is that one line at the beginning—“when everyone believes you/what’s that like?”—is genuinely hilarious. But overall, not a good song. And the whole second half of the album I feel really lags.

HR: I think that Lover is definitely a blend of Fearless Taylor and 1989 Taylor.

TJ: Yeah that whole thing on Reputation where she claimed the old Taylor was dead was just absolutely false. She’s back. My favorite Taylor Swift album is 1989—I did like [her older music], but I was definitely very sheepish about that because I thought it was inherently embarrassing to listen to pop music. And when I think about that now I’m like “Okay, that was just misogyny.” I think that 1989 was in fact one of her strongest albums, but also came at the time where I was starting to realize that, so it was a very revelatory listening experience. I mean now I’m making it sound like Taylor Swift is the most important musician in my life, which might be overstating things a little.

HR: There was a couple months at the very beginning of being at Wesleyan where I was self-conscious about the fact that I didn’t really know all the cool bands that people were talking about. And when people played shitty music and everyone else was like, “Oh, that’s so good,” I thought that I was missing something, but I wasn’t! It was just bad.

HR: The one thing about Lover that I did feel weird about was that I almost felt like she was focus-grouping various styles that she could potentially move in the direction of. “Paper Rings” was a complete deviation from her other songs, not in theme but in sound.

TJ: I also got that sense. I like the album and have listened to it a lot, but also feel like, the more I listen to it, the more I remember there are already other female musicians doing the same thing but better. I also think a big reason that this album reminds me so much of her peers is the production. At some point someone has to talk about Jack Antonoff, her producer, who has managed to get in with every major female musician. I like him, but he’s definitely responsible for the rise of that very synth-poppy sound. I was Googling him the other day and he’s worked with Taylor Swift, obviously, but also Carly Rae Jepsen, Lorde, Lana Del Rey, St. Vincent, Charli XCX. He really has a finger in a lot of pies.

HR: And I feel like their sounds have all narrowed towards each other, which is almost disappointing.

TJ: Yes! The thing is that I really like that sound, but I do think that maybe the musical landscape is less rich if one guy produces every pop album.

HR: Now I’m thinking about it and Charli XCX’s “Boys” kind of gives me “I Think He Knows” vibes.

TJ: “I Think He Knows” reminds me a lot of Carly Rae Jepsen. The whole album reminds me a lot of Carly Rae Jepsen actually. A big part of why I enjoy the album is because I’m so used to and comfortable with Taylor Swift. Because it is true that she’s one of the few artists who have had such a long career and managed to stay relevant for so long, and I think she deserves some credit for somewhat pushing her musical boundaries. But, at the same time, nothing she’s doing is that boundary-pushing in terms of the pop landscape at large. Carly Rae Jepsen obviously has had a shorter career than her and released fewer albums, but I really think her evolution up to her most recent album is very impressive, and she’s taking a lot more musical risks. I just think that maybe I’m giving Taylor Swift too much credit because she’s so famous and such an integral part of my childhood that I will just find any excuse to like her.

HR: Oh, I think that I have a very low bar for a “good” Taylor Swift song. The value in it for me is more the sentimental component. In my dream world, she brings her music more back towards country. I generally don’t listen to country music, but the pop-country music she did early on were my favorites of all her songs, and I think that finding a way—as a fully fledged huge mega-superstar within the pop industry—to do more stripped-down music would be an area where she could take risks but that would also fairly easily pay off for her.

TJ: I guess I feel slightly differently in that I really like 1989, and I thought it was proof that she could handle the transition into being more of a pop star for adults. I mean even the pretentious white male critics liked 1989—well, they liked the Ryan Adams version at least. And I thought it was proof that she had the artistic chops for that kind of transition, and also that type of music is just personally more my speed. But now I sort of feel like Reputation and Lover prove that she doesn’t quite have that skill. I keep bringing up Carly Rae Jepsen, but she’s not gonna be Carly Rae Jepsen, who I feel handled a similar transition really masterfully.

HR: I think she decided that she had to make this transition, and that it was the only way for her career to continue to flourish, but she’s not innovative in this genre. She’s not a cutting-edge pop musician. Now I’m just thinking about how bad “You Need to Calm Down” is again.

HR: It’s just not a good song. And sure, you can be an ally. No one’s stopping Taylor Swift from being an ally.

TJ: Remember the five minutes this summer when everyone thought she was gonna come out of the closet?

HR: That was a really hectic five minutes. But it was also the sort of thing where like, she knows what she’s doing. She knows that she’s indicating to people that she might be coming out of the closet. She’s very intentional about that stuff, and that’s why I think the whole Kim/Kanye thing was such a big deal for her. Even though she says that the media is always victimizing her and always treating her terribly, she can’t pretend that she’s not this powerhouse that is an adult and is fully in charge of her own decisions. So much of her music reflects this attempt at innocence. She knows she can’t pull that off anymore and she’s just figuring out what direction will actually be successful now. I don’t feel that Taylor Swift is necessarily doing anything interesting or new with Lover. I still loved it and it still felt like a callback to the stuff of hers I loved the most, and I’m glad that she’s moving back in that direction because I feel like Reputation had to be her penance. She needed one really crappy album to show the world she had paid her dues.

TJ: Honestly, I don’t know. I don’t know who the real Taylor Swift is at this point. At the end of the day, the album is kind of a bop, and that’s what matters.

HR: Especially if you cut it off at like song number 11.