Puns-as-Theory: An E-Chat with Cameron Awkward-Rich ’11 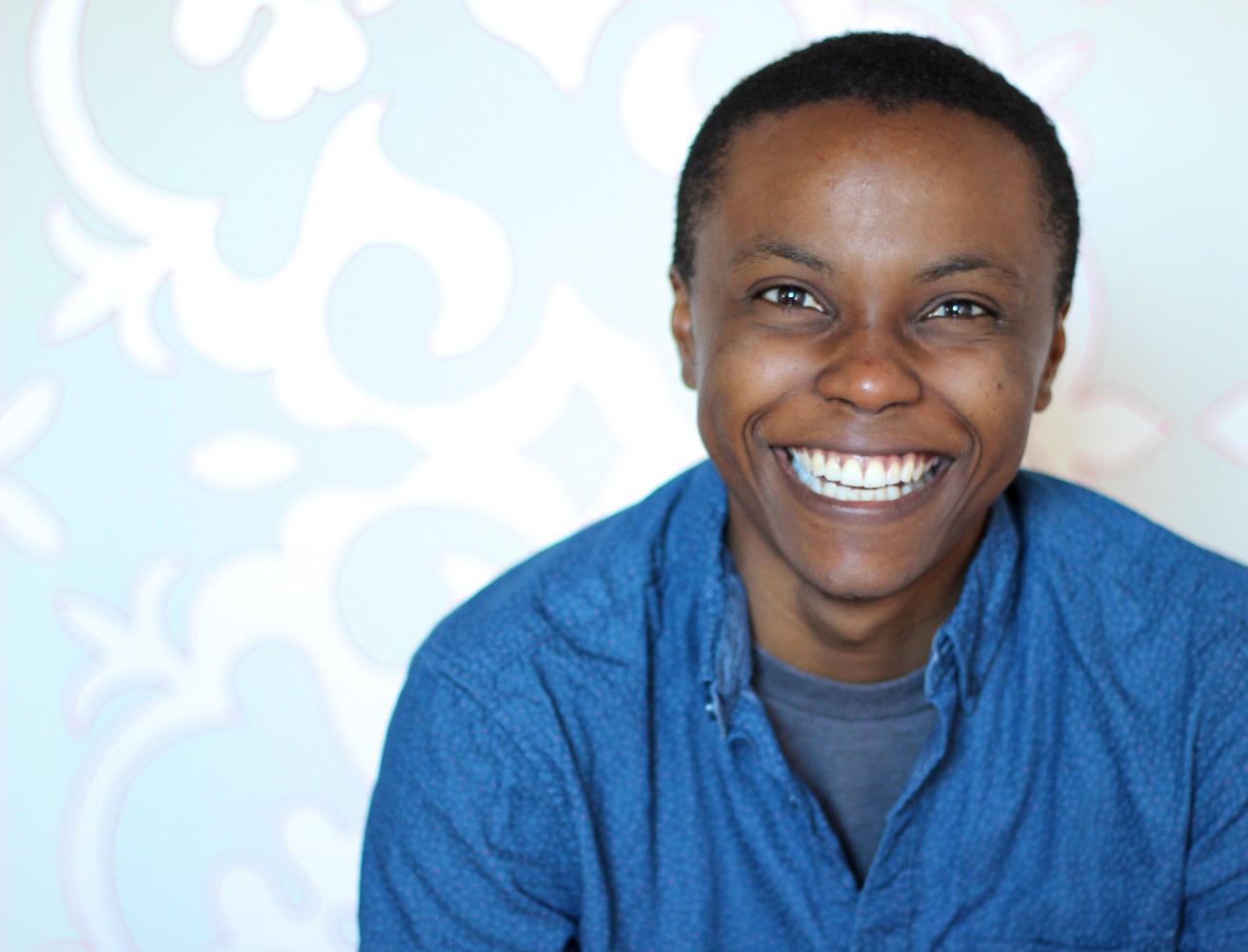 Cameron Awkward-Rich, who graduated from Wesleyan in 2011, was known around campus for his slam poetry, his rugby career, the Queer Art magazine that he helped found, and his campus activism. Since then, Awkward-Rich has published the poetry collection “Sympathetic Little Monster” (Ricochet Editions, 2016), which was a finalist for a Lambda Literary Award, and earned his Ph.D. from Stanford University’s program in Modern Thought & Literature. Awkward-Rich is an assistant professor of Women, Gender, Sexuality Studies at the University of Massachusetts Amherst. His second collection of poetry, “Dispatch,” is forthcoming from Persea Books in December 2019. We talked over email about Awkward-Rich’s Wesleyan experience, his poetry practice, and why he continues to identify as a “Sympathetic Little Monster.”

The Argus: Were there any classes/professors/experiences you had at Wesleyan that were especially formative for you as a writer?

Cameron Awkward-Rich: Definitely! Wesleyan was absolutely formative for me as a writer, primarily because it was where I found my first IRL writing communities. In particular, I took a workshop with [former Shapiro-Silverberg Professor of Creative Writing] Elizabeth Willis—who has since left Wes—and found that experience both bewildering and edifying. I didn’t yet know what I was doing, but her workshops introduced me to models of what I might be doing and made me think seriously about what writing was for. My thesis advisor [Wesleyan Director of Creative Writing] Douglas Martin was likewise influential—from him I learned something about what a book is, how to find charged language and lean into it.

I think, though, my most formative experiences as a writer at Wes occurred during my senior year, much of which I spent adjacent to WeSlam and the student spoken word scene. Until slam came into my life, I was convinced that difficulty and obfuscation were the point and pleasure of poetry. Nearly everything that I thought of as a poem, I composed as a little puzzle. If I thought of the reader at all, it was as someone whose job it was—whose pleasure was derived from—decoding my cipher, picking the locks. Slam taught me that it is also ok and even good to aim for immediacy, urgency, relatability. It brought the ‘I’ of my poems closer to me. I think I’ve spent the last decade trying to figure out how to do both things at once in my work: hide and lay bare, build up a defense and be vulnerable, create the feeling of confession without actually doing so.

A: You studied both Biology and English at Wesleyan and wrote a senior Creative Writing thesis that used a lot of biology concepts. Is this hard science background still a part of your framework for writing poetry or studying theory in any way?

CAR: Oh no, does this mean that you have read my senior thesis? How mortifying.

Anyway, the short answer is no, not really. The longer answer is that although the language of biology doesn’t saturate my work anymore, because it no longer saturates my life, I did learn as much about writing and thinking from being a biology major—and, really, from working in labs—as I did in any English class. I learned, for example, the importance of keeping a notebook, of recording all of the details so that you might later sift through them to figure out what’s happened. I learned to understand knowledge (about the world, oneself) as the outcome of rigorous experimenting. I learned something about humility, how much we don’t and cannot know. Those are lessons that still inform my writing life.

A: You often write about your friendships, and there are poems in your and in Sam Sax’s new books that are in conversation with other. In what ways have your writing processes been shaped by your friendships or vice versa?

CAR: Oh, I wouldn’t write poetry at all if it weren’t for my friends. Concretely, they inspire me, they give me material, they are often ‘the reader’ that I’m thinking about when I write—I judge whether certain poems are ‘good’ by whether I think they would make Sam cry, Hieu cackle, etc. Also, because we all develop intimate languages with our friends—inside jokes, for example—it’s sometimes hard for me to tell what of my language, images, and preoccupations are ‘mine’ and which are ‘theirs.’ Slightly more abstractly, I think that poetry can be many things, but—related to my lessons from WeSlam—I most like poetry that is the raw material of other, more sustaining kinds of relationships. Like, I don’t think that poetry can save the world, but I do think that reading poetry together can cement relationships, foster intimacy.

A: You write about “how the experience of having been a girl can produce a kind of perversity/strangeness that is like faggotry, but is not quite.” How do you see various genres/forms as conducive to a gesture of almost-faggotry?

CAR: This is a really great question that I don’t have an answer to! I would have to do a lot more thinking than I have the time and space here to do, but if ever I write an essay that arrives at an answer, I’ll be sure to let you know. In the context of the essay that you drew that quote from, I suspect I was thinking about the history of a particular kind of confessional poetry as a space that let female desire—perverse, undomesticated female desire—circulate in ways that it ordinarily cannot.

A: I love the line in your book: “You’ve begun to suspect that theory is less movement toward truth & more movement through a series of puns.” How do you reconcile a need for theory (or do you?) with its inherent limitations? Or what attracts you to this movement through puns?

CAR: I don’t know if I think that’s something that needs to be reconciled, to be honest. I actually find theory most useful when I am and it is aware of its limits, of its generic constraints, and of the fact that it (often) isn’t as serious as it seems to be at the outset. Also, I’m not trying to minimize the importance of puns-as-theory in that line! Puns and other tricks of language (rhyming) that depend on a resonant kind of sense (this word sounds like this one, this word means more than one thing) actually can tell us a lot about how concepts come to feel related to one another, or how things come to feel true even if they might not be. Understanding what feels true and why can often be just as important as knowing what is true—so much of human thought and activity is driven by belief, feeling, and intuition, and it’s important not to discount those as forces in the world.

CAR: Again, big question! The small answer is this: there are still two dominant ways to tell trans stories. The first is a story about stasis: I have always been a boy. The second is about motion: I am becoming a boy. These seem like incompatible stories, but they are also basically the stories we tell about what it means to be a person at all. Most of us have a sense of ourselves as fundamentally consistent over time (I have always been I), even though we all also know that we change. I guess the body is, to me, the place where these two ways of thinking about the self obviously, visibly collide. Like: this has always been my body, in some sense, but it’s so obviously different than the one I had when I was born.

A: If you could choose an epitaph in the structure of “sympathetic little monster” for how you’re feeling today, what would it be?

CAR: You know, I don’t think I’ve yet outgrown that title—still a sympathetic little monster. Well, maybe a little more tired than sympathetic these days.

A: What should I do during my senior year at Wesleyan?

CAR: I don’t know anything about you or what you want from your life, or where your joy comes from, so it’s impossible to say! I used my senior year to read and write with a kind of enthusiasm that I haven’t mustered since; to take up a sustaining hobby and make new friends; to plan a little for the future (grad school applications); to get a tattoo; to change my name; to hang out with my loved ones, deeply, knowing that the intensity of our lives together was coming to an end.