Waste Not Brings in Over $13,000 in Most Successful Year in Recent Memory 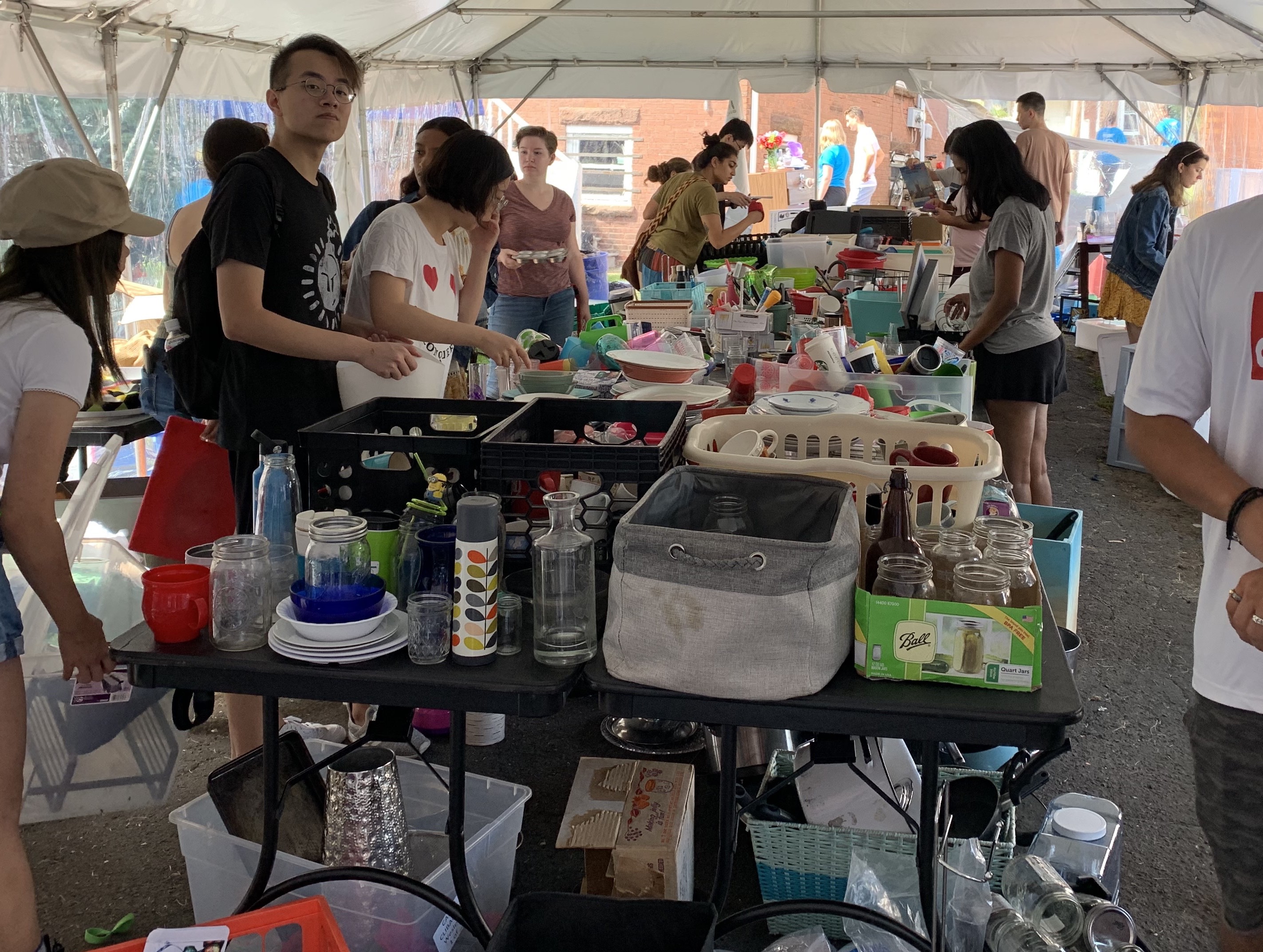 The University’s annual Waste Not sale raised more than $13,000 for charity over the course of two days. At Waste Not, students can buy used furniture, decor, and housing supplies donated by other students the previous May. This year, the Brainerd Avenue location offered small household objects like lamps, art pieces, mirrors, and kitchen items on Aug. 31 and Sept. 1, while the Fountain Avenue location—for the 31st only—offered larger items, such as couches, plush chairs, and coffee tables.

This year was the most profitable in recent memory, according to student organizers, which they attribute to the increased number of items donated in the spring. They also explained that better and more organized advertising strategies, such as tasking Orientation Leaders and EcoFacilitators with informing incoming first years about the sale, helped to spread the word.

As a result, this year’s Waste Not saw a sizeable increase in attendance compared to previous years. Daniel Osofsky ’20, an organizer for the event, explained that the number of students attempting to gain access to the event resulted in significant wait times and lines that stretched around the corner of Brainerd Avenue, down Lawn Avenue.

“The line held for longer than it ever has,” Osofsky said in an interview with The Argus. “We had a consistent line for two hours on the first day of the sale, which hasn’t happened to that degree, ever. In terms of Fountain, where I was working and where we were doing furniture, we had people come almost two hours early, which was a first. Last year, I think people only came an hour early.”

Osofsky also noted that the length of lines prevented some of the students from finding the furniture they desired.

“I felt bad because people who came 15 minutes before it started ended up with practically nothing because people had come so early,” he explained. “It kind of made me think we should do a lottery system for the couches. I guess this isn’t a bad method, because the people who really wanted stuff came the earliest…. We try to make it as equitable as possible. That’s always a question: equitability at Waste Not.”

Osofsky, like organizer Katie Shewfelt ’20, noted that in spite of some of the difficulties that arose due to increased attendance and demand, this year was extremely successful. In addition to improved advertising and descreased prices, Shewfelt attributes the success of the event to the generous donations made by students last May.

“This was definitely our best year,” Shewfelt explained in a message to The Argus. “We’ve never had the garages so full! And we made an effort to further reduce prices this year, but made even more money, which is in part because we sold more items.”

To continue the goals of sustainability and generosity furthered by those who donate items to Waste Not, the money generated from the sale of those items goes towards a variety of charitable causes.

“In the past we’ve donated to United for Puerto Rico, Prudence Crandall Shelter in Middletown, financial aid, and other charities,” Shewfelt wrote. “We like to donate to a mix of Wes, local, and global causes.”

Though Waste Not organizers have not yet decided where the proceeds from this year will be donated, they plan to similarly distribute them to a mix of regional and global movements.