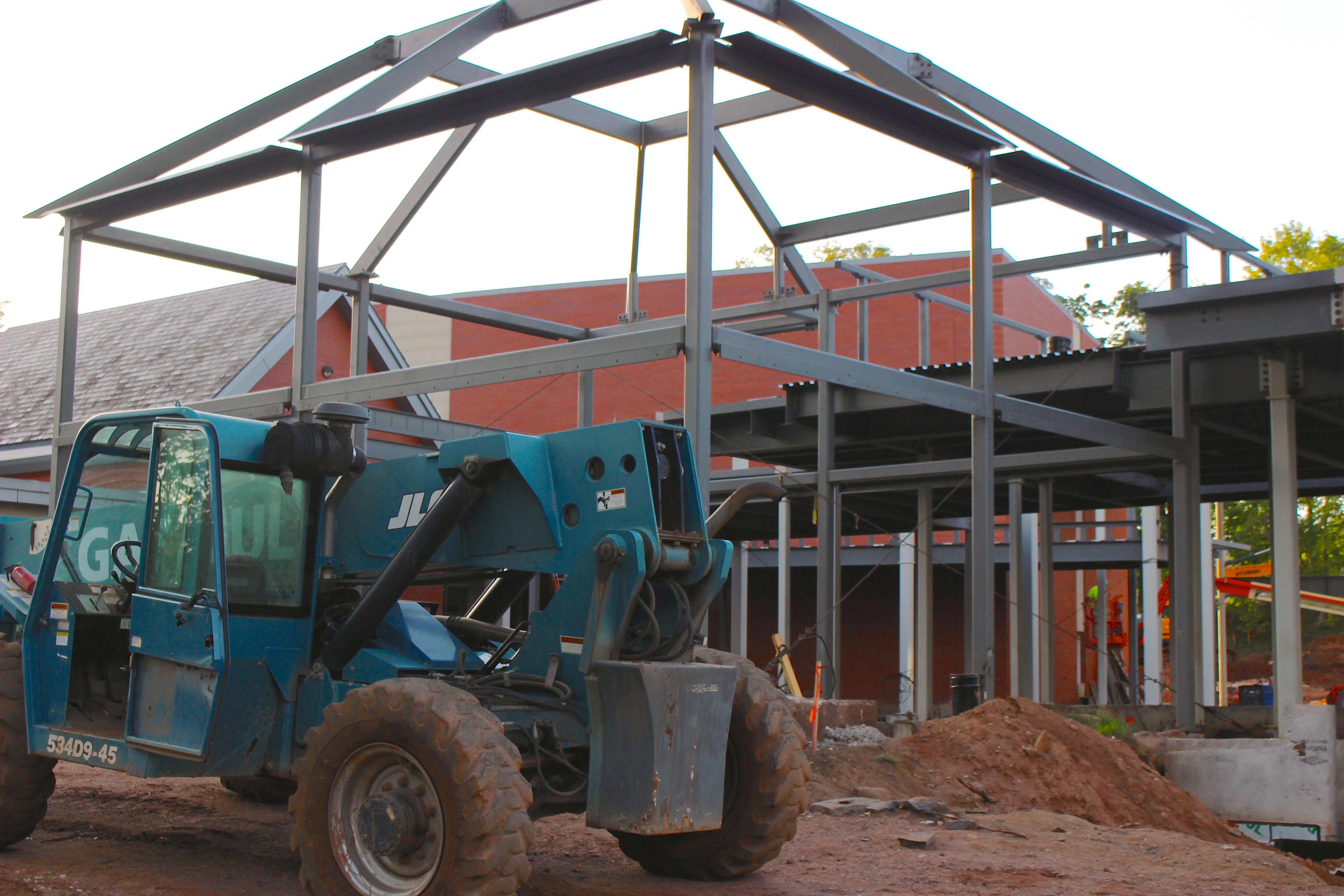 On May 26, the University began construction on a highly anticipated addition to the Center for Film Studies. Designed by JCJ Architecture of Hartford, Conn., the facility will cost approximately $16.15 million and is expected to be completed for the Fall 2020 semester.

Since the completion of Phase II, the needs of the Film Studies program have grown steadily, largely due to the establishment of the College of Film and the Moving Image (CFILM) in 2013. To accommodate the growing number of students and faculty, the project extended into Phase III, which consists of an addition to the south and to the west of the existing Center for Film Studies.

“This addition, both building and landscape, will not only help Film adapt to its steadily increasing enrollment, but will also act to transform the most important gateway to campus from the Washington Street approach from the north and west,” Associate Vice President for Facilities Joyce Topshe wrote in a letter to the board of trustees in February. 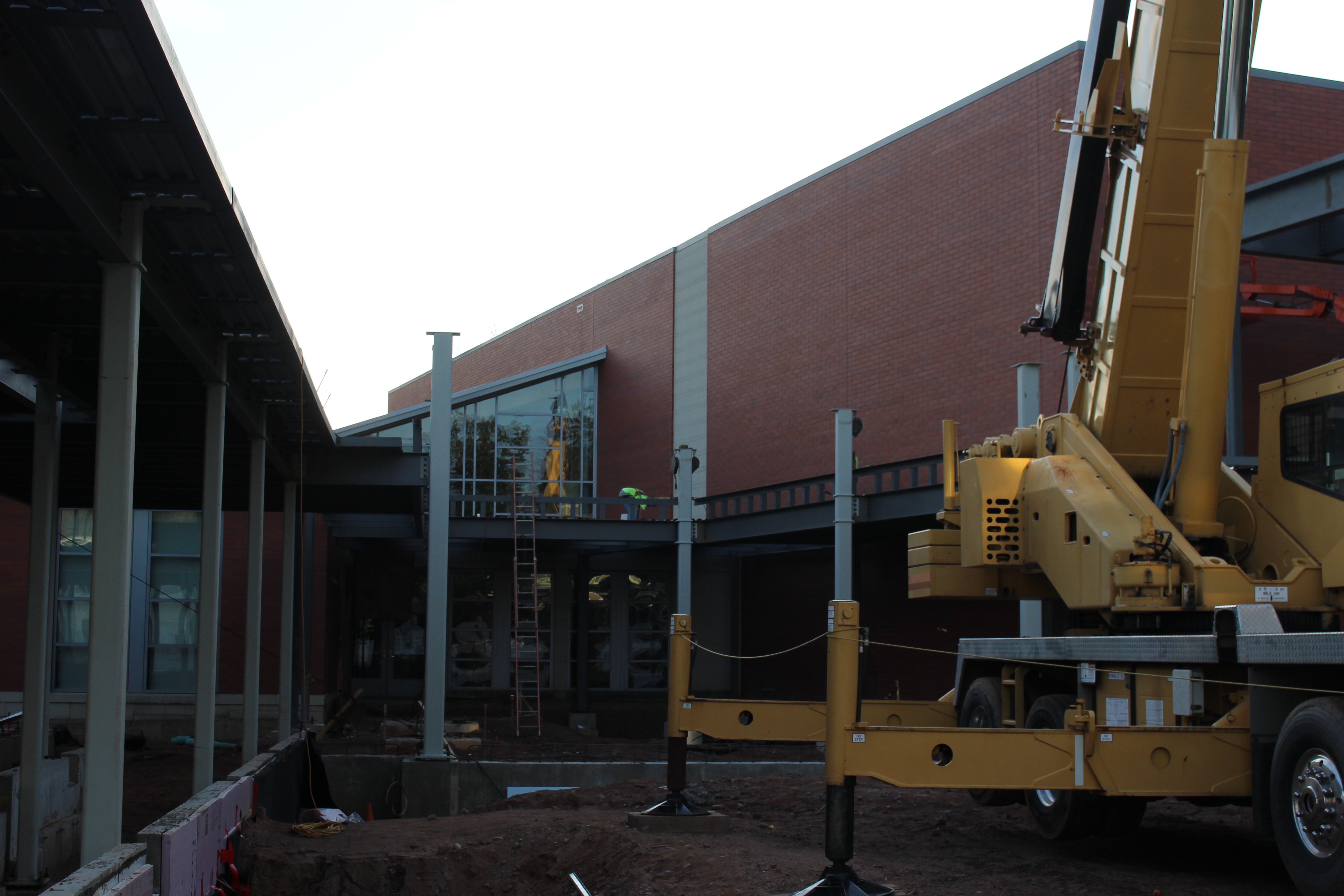 Many students and faculty are especially excited about the construction of a soundstage.

“The coolest thing is that [the addition is] going to have a soundstage,” Director of CFILM and Chair of the Film Studies Department Scott Higgins said. “That will be a shooting space, and it will have a grid for lights, room for students to construct sets, and it will have a proper environment for studio shooting. It’s something we’ve never ever had, but our students have always wanted…. I think it’s going to make things a lot more accessible for students.”

The driving force for the new construction project stems from the program’s increased size. Film Studies began as a department of four professors, three staff, 58 majors, and no minors in 2004. It has since grown to a college with 16 professors, five staff, 83 majors, and 36 minors, as of January 2019. This expansion, as well as the increased demand of film facilities from students and faculty outside of the major, has created a burden on the program.

“Since the completion of Phase II there has been a huge growth in the use of film [across campus] and consequently heavy demands for Film facilities by the campus as a whole,” Topshe’s letter reads.

On top of the increased demand for film facilities and utilities, Film Studies’ personnel has tripled in the past five years. This steady increase has exacerbated the need for more office space. There have also been many requests for access to archival material that cannot be met due to the current space limitations for research, and students have not had sufficient space to access and study archival materials.

“[Visiting professors]—I think two years ago—were using the lobby for office hours, because we didn’t have rooms for them,” Higgins said. “Now, we still have faculty sharing offices over in the archive.”

In addition to ameliorating many issues within the program, many faculty members see the addition as the final piece in creating a quintessential liberal arts film experience that blends filmmaking, film history, and theory together.

“I think this is the last step in creating a sustainable environment for the liberal arts approach to film that we offer,” Higgins said. “After we have this, we will have everything that we need to teach the art, history, and theory of cinema in one space, and to do so for the foreseeable future.”

FIP Construction, which also built Fayerweather, Usdan University Center, the RJ Julia bookstore, Boger Hall, and Phase I and II of the Center for Film Studies, is responsible for the oversight of the project. Currently, there is a site contractor, about 12 concrete workers, 12 steel workers, and an electrician, but Physical Plant Director of Construction & Infrastructure Alan Rubacha anticipates the group could expand to include 60 workers. While the construction has occurred on schedule, workers anticipate difficulties when working during the school year.

“From my perspective, it’s a relatively small site, and one of the hardest things we’ve had to do is keep the existing building operational during the course of construction,” Rubacha said. “So we’re working on exits, fire alarms, fire protection, power, water—we’ve done a bunch of relocations so that we can maintain the building in its existing function throughout the course of construction.”

“The students will also be having classes during the semester, so we’ll be building right up against that as well,” Project Manager Mike Rosalie added. “So, we’ve got to keep the site safe and noises to a minimum—which will all impact the infrastructure—while keeping the building working.”

Nevertheless, students are excited about the upcoming addition and are anxious to begin using its new utilities and technologies.

“The Film Studies building has always felt like home to me,” film major Kathryn Lopez ’21 said. “I’m so excited to see how the renovations will enhance the department and its opportunities, especially on the production side.”