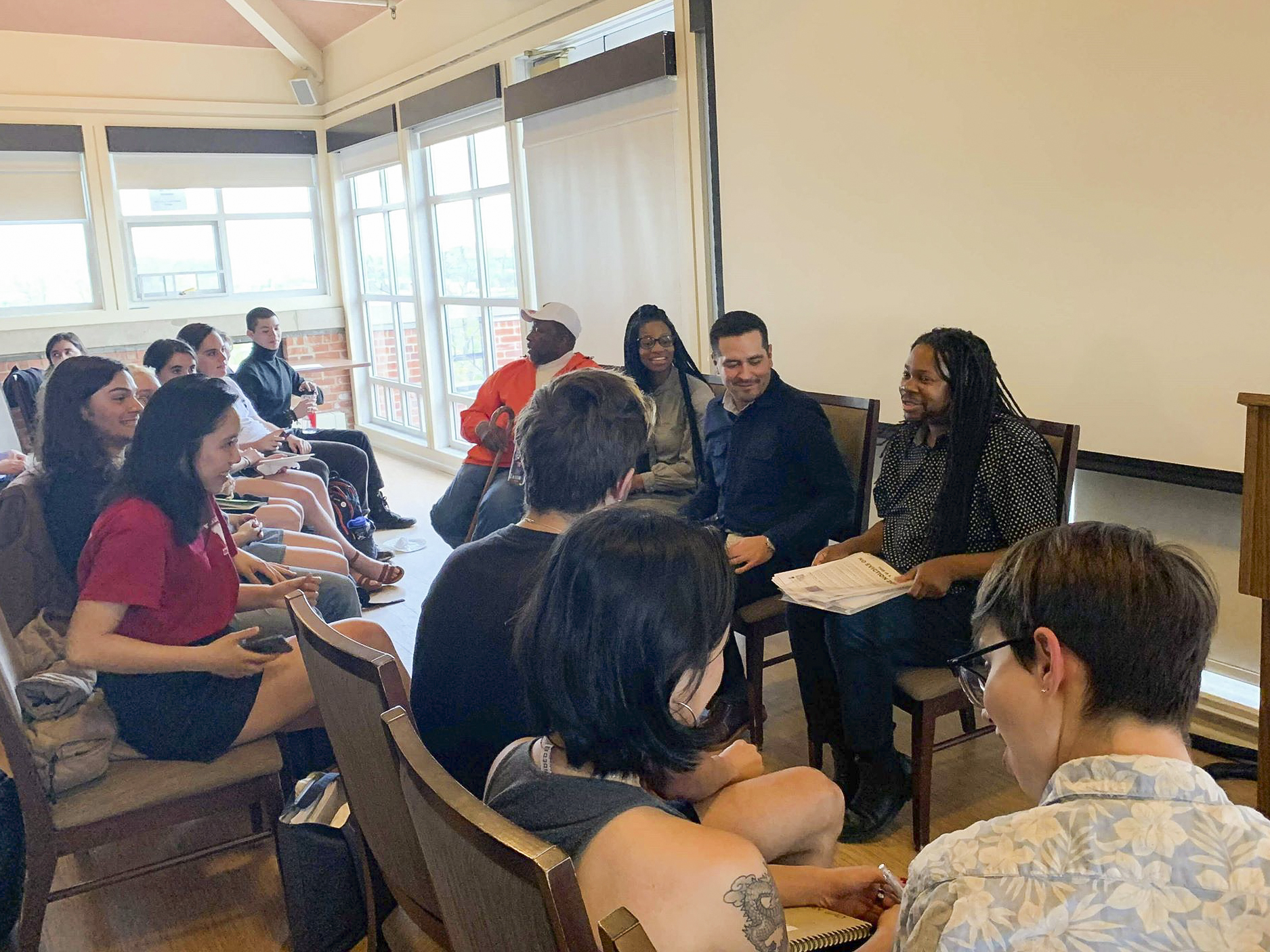 On Thursday, May 2, students and faculty gathered to listen to a panel entitled “Interrogating the Wes to NYC Pipeline: A Panel on Gentrification.” The panel—hosted by the American Studies Department in conjunction with the Resource Center, the African American Studies Department, the Anthropology Department, and the Allbritton Center for the Study of Public Life—dealt with the reality of students and post-grads as a gentrifying force in cities.

Versey opened the event by asking the members of the audience to raise their hands if they were considering moving to New York City once they graduated from the University, and most people raised their hands. With this image fresh in everyone’s minds, the panelists began to address the ethics and implications of college graduates moving into neighborhoods in which low-income people of color are actively being displaced.

Shellae began by asking the panelists how they would define gentrification.

“[Gentrification] is a deeply contentious term,” Hernandez said. “I think that in particular, a lot of the definitions that I see don’t include displacement with gentrification…. But when you have a definition that doesn’t have displacement embedded in it, then you can have conversations and arguments like, ‘Well, maybe some gentrification is good, right?’”

Henry emphasized that gentrification is a coordinated effort that involves police, the real estate industry, local and federal governments, and businesses.

“There’s so many factors in what gentrification looks like in a systemic way,” Henry added. “And the other piece of it that we talk about is that it is a deliberate act of catering, selling, buying, renting to people that have higher incomes or disposable incomes, and that’s sometimes when we talk about younger professionals or students and how they play a role in that.”

Robinson rejected the use of the term “gentrification” entirely.

Henry went on to highlight that gentrification hurts not only low-income people in gentrifying neighborhoods but also the middle class, such as homeowners and small business owners. He recalled strategies that landlords use to pit neighbors against each other and that the best way to fight against it is to show solidarity with one another.

Shellae then asked the panelists if there was an ethical way for students and young professionals to move into lower-income areas when they’re looking for lower rents in New York City without gentrifying the area or displacing its residents.

Henry agreed that there are better ways to participate in a community.

“I think, yes, there is ethical gentrification, but at the end of the day, it’s gentrification,” Henry said. “Even for me, as a person of color living in Crown Heights for the last 10 years, I definitely felt like I was gentrifying and I definitely was…. There’s a lot of things you could do. You could shop at local stores, you can be ethical about it, but it’s still gentrification.”

“We wouldn’t have affordable housing if it wasn’t for the grandmothers, for the grandfathers, for the elders, black and brown, white elders that fought,” he continued. “They went on rent strike. That’s why you can even think about moving to New York City and there’s affordable housing, because someone led that way. And you’re now the next wave of that. And how can you come in—and especially if you already know your city’s been gentrified, come with that kind of humility.”

Hernandez brought up other strategies that landlords are using to accelerate the gentrification of their neighborhoods. Some New York landlords, he said, will offer five-year leases to artists, which they hope will create buzz about the neighborhood and attract more residents to move to the area.

Though artists can speed up a neighborhood’s gentrification by attracting new residents, other residents can use their professional skills to slow its tide.

“Whatever field you all are graduating in, there is an activist movement in almost every single field that I can think of,” Henry said. “We have architects that come to us and have helped tenants and said to us, ‘You know what? I’m gonna do this pro bono.’ We have plumbers that have helped small businesses…. It’s been amazing to see how many folks use their professional ability to support struggles.”

The panel opened up to questions from attendees. When one student asked about what policies they can advocate for, Robinson said that he cares more about getting the right people into office than lobbying for particular legislation with an existing body. Henry agreed that supporting candidates was important, but also stressed organizing tactics to slow or stop gentrification in areas. He recalled that his small organization has kept five black businesses open in the last two years, which is just one part of a global movement—similar groups in cities like Tokyo and Los Angeles have successfully slowed or prevented gentrification in their neighborhoods.

“You can find something in your life right now, that you have overcome, something that you have challenged, something that you have won,” Henry said. “I’m a Marxist-Leninist. I believe it’s about theory and practice. What better way than being in the struggle? It’s an incredible education…. If you’re all one union and you understand, ‘Woah, it’s better to have a thousand of us fighting the boss than twenty of us,’ then that’s what you learn.”

“I am proud of all the struggle that I see young people doing right now,” Henry continued. “That’s what we need! We need you fighting, we need you in the streets, we need you organizing, we need you to use whatever talent or gift you have because that’s the only way we’re going to win, if you’re a part of it and you’re present.”

Eleanor Raab can be reached at eraab@wesleyan.edu.