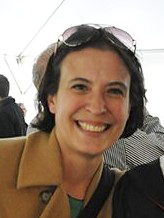 Rachael Barlow’s office is a bit different than what you might expect to see in North College. She has eight different kinds of tea, each in their own colored tin, lined up on her shelf. A pair of running shoes sits above them. Notes and to-do lists line the walls, which are painted a calming lilac (a color she picked out herself, she’s quick to tell me). Her desk is neat and orderly; its most striking feature is the dual-monitor setup behind her laptop, which gives Barlow the ability to work across three screens at once; fitting, considering the number of job positions she holds, programs she runs, and hats she wears on campus.

“My position is a new position at Wesleyan, but it’s the position that many schools now have throughout the country that’s supposed to essentially document, demonstrate, tell stories about the fact that our students learn something while they’re here,” Barlow explained, describing her work as the Associate Director for Assessment for the University, the first of many roles she holds. “And so part of that whole process, over the past ten to twenty years, has been that you need somebody on campus who kind of tries to confirm, to have mechanisms, in place to get a sense of how our students are doing…to see if we’re doing right by our students.”

Barlow measures this kind of “student success”—a term she likes to avoid, but apparently a common one in her field—in a number of ways. As a part of the Institutional Research department, she’s sent out her fair share of student surveys (á la Michael Whitcomb), but the majority of her work involves talking with students face-to-face.

“I’m a sociologist by training, so I’m sort of, like. ethnography girl,” Barlow said. “I’ve done my share of surveys over the years, and I certainly do do surveys, but I’m much more on the kind of ethnographic end. Which is useful, up until a point; there’s ways to critique that kind of data collection. But a lot of what I like to do is just asking questions, ask them what they’re doing, ask them what their experiences are.”

Barlow will work with various departments to create projects based on their specific student-oriented needs. Recent examples include a look into the way students interact with course evaluations—in partnership with Assistant Professor of Psychology Royette Tavernier—and a long-term tracking of first-year students’ writing experiences on campus with the Writing Center.

“Which is, like, my baby, I love that project,” she said. “So that’s fascinating, and super cool. And of course, no one is going to dispute that it’s important to students’ experience writing in college, right?”

Barlow is coming up on her third anniversary of working at Wesleyan, coming to campus after twelve years at Trinity College, where she was hired as a data librarian. Her Trinity job, however, quickly expanded as she took on more and more responsibilities across campus, giving her the experience she needed to come to Wesleyan (and a LinkedIn profile that takes a minute and a half to scroll through).

“When [the Wesleyan] position opened up, like—my dad taught here, my mom was a grad student here—Wesleyan is sort of home,” she said of her initial hiring. “It was kind of cool to come back. And it was a new position here, so when I read the open job posting, I was like, ‘this is made for me’…. Wesleyan is a different kind of school. The kind of ‘assessment’ work I do—I always put it in quotes—is a little off-beat. And so I was like, this could really work here at Wesleyan, the kinds of things I wanted to be doing… to do good by the students, to get the information we really want to use.”

To do this, Barlow has a habit of asking a lot of questions—to faculty, students, and departments—in order to understand how particular departments structure work on campus, and to eventually write a report about how departments can improve student experiences.

“For someone coming in, especially from the outside of the institution, understanding how the curriculum works in a certain department, it’s like a black box if you’re not from that department,” she said. “You have no clue. By the time you interview 15 students in that major, you’re like, ‘okay, I really get this now.’ I understand the different requirements, I understand that maybe there’s a problem with class X, students complained about the structure of that class…. Do the courses hang together well? Are the requirements clear for students? What are the capstone options, are you happy with those, do you know what a capstone is?”

Beyond this kind of ethnographic work, Barlow runs the Integrative Learning Project, a series of workshops meant to help students learn to create a website capturing their experiences at the University. It functions as a marriage of her work as a researcher—that is, trying to capture individual student success in and out of the classroom—with a passion for teaching she’s had since her first few jobs as an adjunct sociology professor.

“I love teaching,” she said. “When I took this job, I was really adamant that I needed to be able to teach. I wouldn’t take the job unless I was allowed to teach. I had this dreamy, weird job up at Trinity where I did whatever I wanted. I would teach, I taught a first-year seminar and a graduate seminar every year. It was great.”

Her work with the Integrated Learning Project helps her continue this work.

“That’s, I think, a really cool learning opportunity, thinking about, how do you want to represent yourself to the outside world?” Barlow explained. “If you’re going to do that electronically, how do you create a website and kind of think about some design elements, and make it look really beautiful?…. The hope is, okay, you still have this site live for a couple of years now, think about what you want to do and how you want to tweak it to make it look more professional as you get older and add more experiences under your belt.”

From all of this, it can seem like the majority of her work is student-facing, something that surprised her to think about.

“It’s funny, until you say that…I guess, increasingly, it is,” she said. “I mean, and faculty-facing too. The more projects I can work with a faculty member on, the better. [Because] the faculty have been here longer and know the school better than me, so they will have more interesting questions than I will, in terms of what they what to know more about. And faculty also have the ability to get things done, make things change.”

Barlow’s job isn’t free from the kind of bureaucratic monotony one would expect from a university administrator position, but the relative freedom she has to explore different projects means at least some of her busy days are exciting.

“That’s my joke, right: if like 40 percent of your job is interesting, you’re in good shape,” Barlow said. “It’s the perfect position, because you sort of get to see stuff at the institutional level, and you get to interact with students. And that’s why we’re all here anyway.”