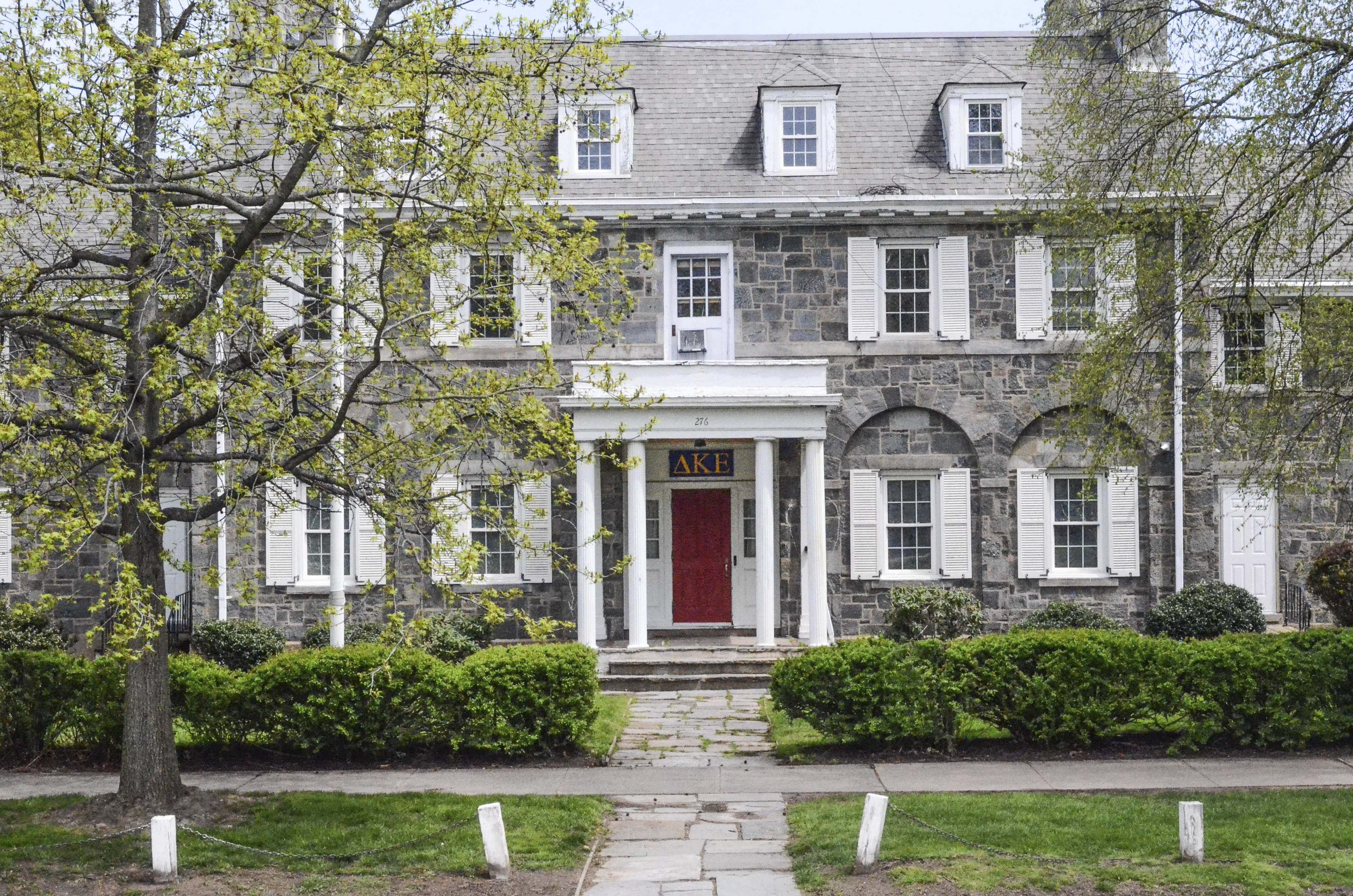 On May 1, the Connecticut Supreme Court heard oral arguments for Kent Literary Club et al. v. Wesleyan University et al. The hearing comes after four years of legal proceedings between Kent Literary Club (KLC), the parent chapter of Delta Kappa Epsilon (DKE), and the University, which stemmed from a lawsuit filed against the University by KLC and DKE in February of 2015. DKE filed this suit after it was removed from 276 High St. as a result of their failure to implement the University’s mandatory co-education plan.

In June 2017, the Middlesex Superior Court ruled in favor of the plaintiffs, affirming that the University had, among other infractions, violated the Connecticut Unfair Trade Practices Act (CUTPA) by removing DKE from its High Street residence and that their housing status must be restored. Following the ruling issued by Judge Edward S. Domnarski, the University motioned for review in the Appellate Court, before requesting that the case be transferred to the Supreme Court in order to expedite the proceedings.

On Wednesday, both the University and KLC were given a chance to make their final arguments before the highest court in Connecticut.

The University, represented by Aaron Bayer of Wiggin and Dana LLP, began by voicing its opposition to the injunction issued by Judge Domnarski, which would require the University to restore DKE’s program housing status starting this fall.

“The trial court entered an injunction that was truly extraordinary,” Bayer stated in his opening argument. “It was a mandatory injunction that ordered parties to enter into a contract that they had not agreed to, on terms that were set by the Court and not by the parties, to be overseen and enforced by the Court. It forced Wesleyan to enter into a contractual relationship with an organization that it doesn’t trust, that it doesn’t want to do business with, or enter a contractual relationship with.”

Bayer argued that if the University were required to abide by this injunction, DKE would be entitled to rights exercised by no other fraternity on campus. In particular, Bayer emphasized the importance of two elements of DKE’s housing contract that would be modified by the injunction: the non-discrimination clause and the clause requiring DKE to abide by University policies.

“The non-discrimination clause says that you can’t discriminate based on sex, but there was an exception for all-male fraternities that allowed discrimination in membership based on sex,” Bayer explained. “That used to be in all the standards agreements, now it’s not. It’s not in there because after the University passed this co-educational policy…there was no need for the exception. But DKE needed that exception because it wouldn’t become co-educational organization because its national organization wouldn’t let them…. The second part of the contract is that every fraternity agrees to the standards agreement to abide by all University policies. Even if they’re amended during the one-year contract, they agree to abide by them.” 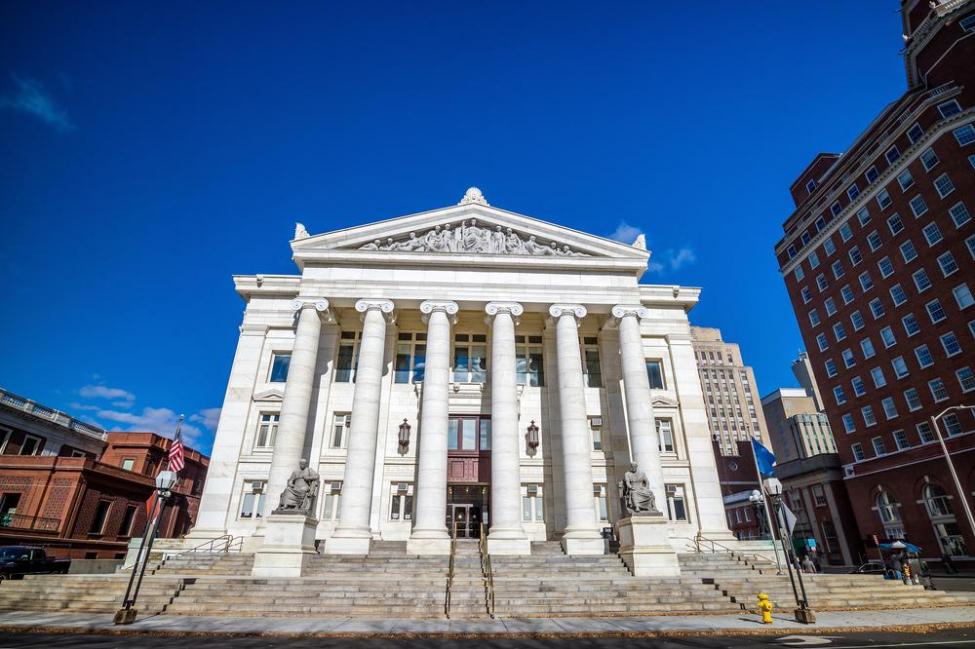 Bayer argued that requiring the University to enter this contract would limit the University’s ability to regulate DKE, as the University could not evict the fraternity without potentially being charged with violating the injunction.

Bayer’s argument was met with pushback from several justices, who argued that the University would have the right to evict DKE if the fraternity was found responsible for violating a generally applicable law, such as race- or gender-based discrimination. Justice Maria Araujo Kahn, however, questioned whether this would lead to DKE claiming that any legitimate move to evict them was actually an act of retaliation.

“What if the University, legitimately or not, didn’t like something that DKE was doing and said, ‘You know, we’ve been under this court order, we’ve honored it through the year, year and a half, we’re not renewing it because we don’t like you, or what you’re doing on campus, or how you’re complying with the contract’?” Kahn asked of KLC. “Would you be back before the Court saying, ‘We have a right to exist over and above the other fraternities’?”

In response, KLC council Richard J. Buturla argued that the injunction was necessary to protect DKE’s right to program housing status, as he believed the University was unfairly targeting DKE.

“Thirty days before they create the policy, the president of the university [Michael Roth ’78] and the chairman of the board are emailing back and forth about shutting down DKE and acquiring the house,” Burtula argued. “So they create this policy with a laudable purpose, and they’re using it to mask a land grab…. They’re trying to drive one fraternity out of business. They preserved Psi U because of political influence, because of Jim Dresser [’63], the former Chairman of the board who hired Dr. Roth and who the ballfield is named after, [who belonged to Psi U] and Alpha because it’s [Roth’s fraternity].”

Justice Steven D. Ecker challenged the gravity of this claim, noting that Wesleyan is under no obligation to preserve Greek organizations on campus.

Burtula argued that even if this were the case, the University’s actions would constitute discrimination, as he claimed that the University treated DKE with heightened scrutiny in comparison to Alpha Delt or Psi U.

“Your clients referred to [Psi U] as ‘f-ing pussies,’” Justice Ecker replied, referencing an email circulated by members of DKE in 2015. “Maybe that’s why they were dealt with differently.”

Burtula argued that this agreement did constitute a type of commerce and that by removing DKE from 276 High Street, the University had ultimately violated both CUTPA and their implicit promise to renew DKE’s housing contract every year.

Following the hearing, plaintiffs told The Argus that they remain optimistic about the outcome.

“I thought we prepared our case’s summary, saying that [the removal] is unfair, and that’s what this is about” said DKE Chapter President Gary Breitbord ’79. “We’re confident, but who knows. It’s up to the Court, and we’ll abide by their decision.”

The Supreme Court is expected to issue a ruling in the summer or early fall. If Judge Domnarski’s decision is upheld, KLC hopes to make a remodeled 276 High St. available to undergraduates as early as Fall 2019.

Erin Hussey can be reached ehussey@wesleyan.edu and on Twitter @e_riss.