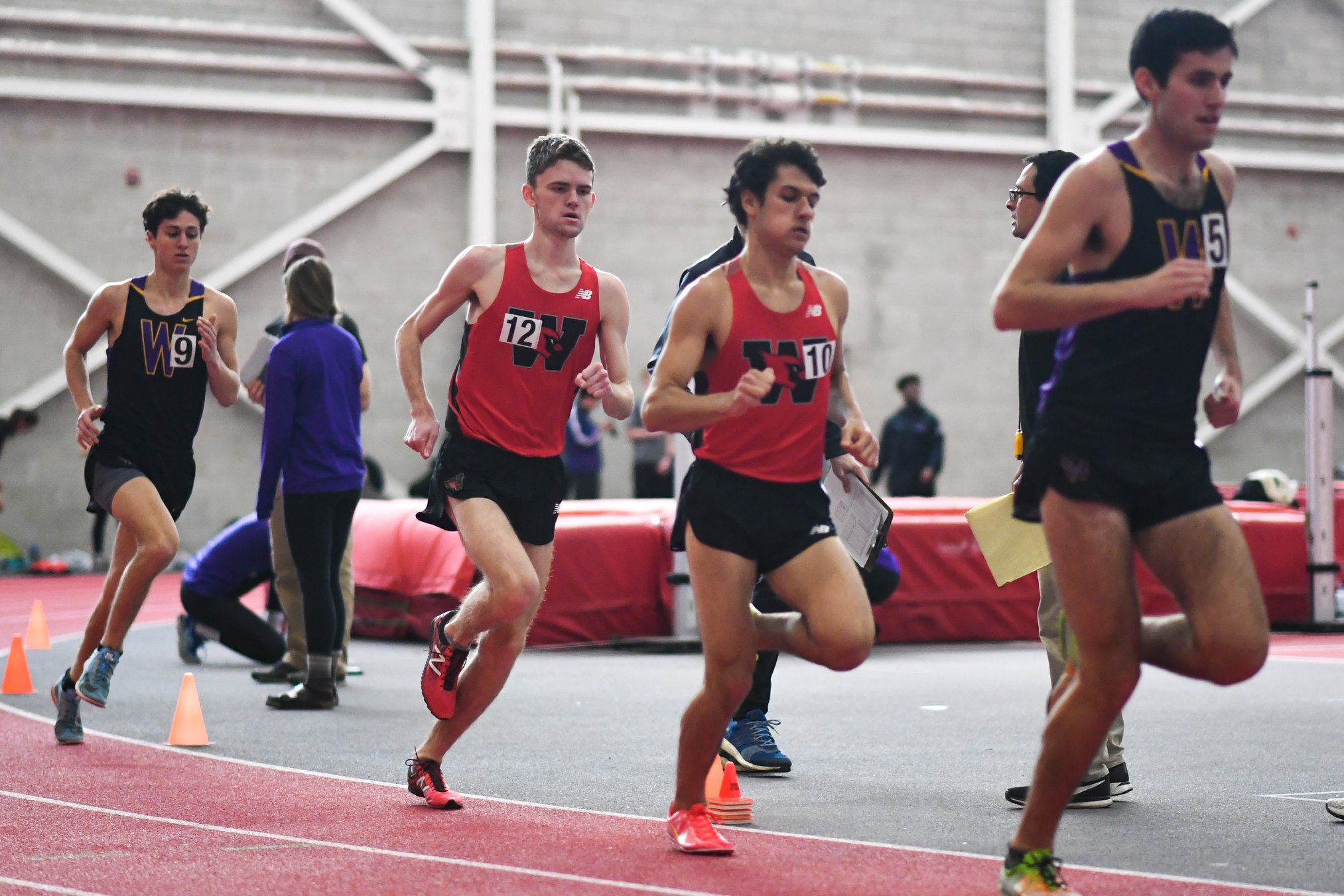 The track and field teams have now reached the climax of their spring season, fully blooming into success against ’CAC competitors in meets at home and away, and even in hazy 4/20 weather. After finishing in the latter slots of the Amherst Spring Fling Meet, the teams took a jaunt to New London, Conn. to the Silfen Invitational held by Conn. College. The men’s team was able to push through to the top half of the competition, finishing ninth out of twenty-two teams, while the women’s squad towed the middle line with an 11th place team finish.

The men’s 4×400-meter relay team thrived at the Connecticut competition, when Kevin DeLoughry ’21, Christian Denny ’22, Griffin Maristany ’22 and Kyron Roberts ’21 broke the school record as they crossed the finish in 3:20.87. This mark destroyed a nearly twenty-year-old record and landed them in first place.

In individual races, Kevin McMorrow ’20 finished second in the 3,000m steeplechase, taking a personal record of 9:19.71 and first rank in the conference. He earned the title of NESCAC Performer of the Week for his effort. Fellow junior Grant van Inwegen took the bronze in the 1,500m with another PR, crossing the finish in 3:56.94. 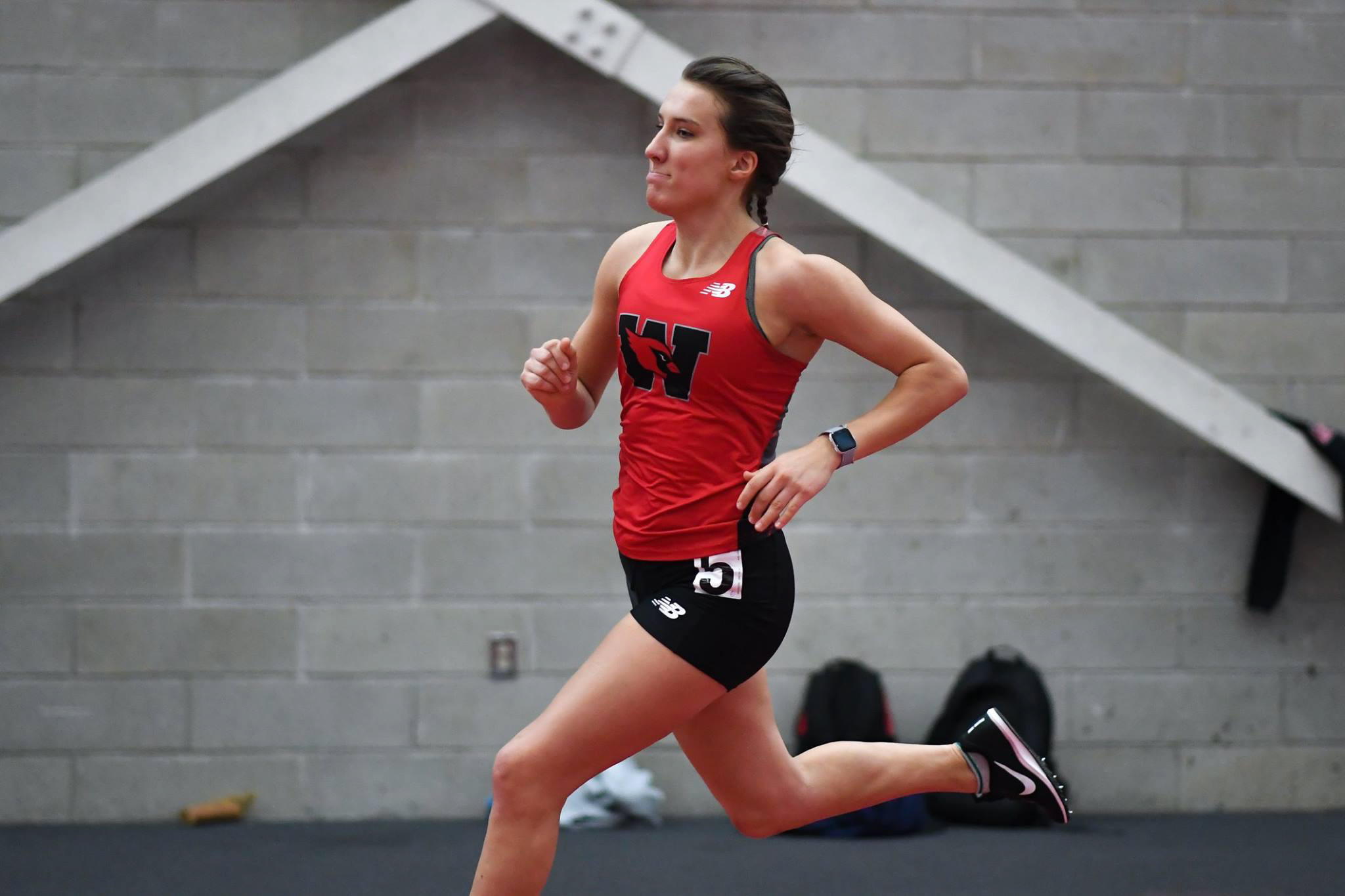 The women’s team couldn’t claim the same top honors during the Friday competition but continued to see personal bests even without first-place finishes. Rhoen Fiutak ’19 took nearly eight seconds off her personal best in the 1,500m, placing 17th in 4:48.75. Fellow senior and captain Julia Mitchell placed 10th in the same event, crossing the finish in 4:45.31. Sophomore Emma Trapani went the distance in the lengthy 5,000m event, cutting down her time by forty-three seconds to finish in 18:24.61.

On the Saturday of the event, Roberts found personal success in the 400m away from his relay team. He finished first of forty-two runners with a personal best of 50.12. His relay teammate, DeLoughry, added hurdles to the 400m challenge and also earned a first-place honor. Rounding out a trio of top performances, Andrew McCracken ’19 took to the field for a first-place finish in the pole vault with a height of 4.70m.

Ivie Uzamere ’21 also thrived on the field, taking second in the hammer throw (46.94m) and 14th in the shot put. Back on the track, the 4x400m relay competition proved to be a success once again. The women’s 4x400m relay, completely made up of first-years (Mary Brenna Catus, Nora Markey, Madeline Nagler, and Abi Pipkin) raced to third place in 4:02.48.

After the weekend’s events, Katie Maehl, a senior captain of the women’s team, broke off from the bunch to travel to Albany, N.Y. on April 18 and 19. She competed in the Bobbi Palma UAlbany Spring Classic, racing in the heptathlon. This is a combined contest of seven events covering both the track and field. At the end of the two-day competition, she placed eighth in a field of fourteen competitors with 3,639 points. Her top performances were in the field events of the high jump, javelin, and long jump.

While Maehl had to compete in numerous events at University at Albany, switching from one competition to the other is something she’s used to, often participating in multiple races or events during regular season meets. She believes her competition is an opportunity to challenge herself and do the best she can with every new event.

“Competing in multiple events works really well for me because if I do well in the first one, I try and ride that wave of success through my next couple of events, and if I don’t do as well as I hoped, I use my frustration as fuel and look for redemption,” Maehl said. “Things get a little trickier when the events are happening at the exact same time but even that can be fun. Sometimes I have to take a jump in the high jump, run over to the long jump pit, switch shoes, take a long jump, switch shoes again, and run back for the next height in the high jump. Although it can be stressful, I often find I perform well under those conditions because I just don’t have the time to get in my head and overanalyze. At this point in the season we’ve been practicing for so long that my body knows what to do; it’s a matter of not letting my head get in the way.”

On Saturday, April 20, the Cardinals returned home to host the J. Elmer Swanson Classic. The birds thrived in their nest, with the men’s team taking seven first-place finishes (and a slew of other top-five honors), and the women’s team finding numerous top-three honors and a new school record. A crew of underclassmen cleared the top five for the men’s 400m, with DeLoughry taking the lead, followed by Maristany, Roberts, Noah Olsen ’22, and Ethan Walker ’22, respectively. DeLoughry also crossed the finish line first in the 200m, followed by Maristany and Denny with the silver and bronze. The Cardinals also dominated the top five slots of the 800m, with van Inwegen finishing first with McMorrow, William Bajohr ’20, Alexander Blaylock ’22, and Miles Aronow ’22 clocking in behind. The remaining first-place finishes came from Thomas Doyle ’21 in the 1500m, Denny on the track in the 100m, McCracken in the pole vault, and Nick Carulli ’22 in the long jump. Carulli found success again as he finished second in the 110m hurdles.

Other runner-up performances came from Olsen in the long jump, senior Olaniyi Adebayo in the shot put (with a personal best of 12.46m), Connell Oberman ’22 in the 100m, and Matthew Frishkoff  ’21 in the 1500m. Oberman then took to the field to earn third in the discus.

In the women’s competition, Sara Pinsonault ’20 competed alone in the 3,000m steeplechase, racing herself to an 11:27.07 finish. Faced with other competitors, the Cardinals flew to first in the 400m, 800m, and 200m, with Becky Lopez-Anido ’21, Mitchell, and Jennifer Aguiar ’19 taking the top honors, respectively. Mitchell’s first-place finish was good enough to beat her personal record, crossing the finish line in just 2:22.25. First-year Caelan Campbell and senior Claudia Schatz both claimed runner-up slots, with Campbell competing in the 100m and Schatz in the 800m. To finish up success on the track, Nagler took the bronze in the 1,500m, while Fiutak claimed the same in the 800m.

On the field, the women’s team had a wealth of top honors. Tara Peng ’20 and Shannon Sweeney ’21 placed first and second, respectively, in the pole vault. Peng went on to place third in the triple jump, while Allegra Fils-Aime ’19 also claimed third in the long jump. Uzamere, the team’s national competitor, took a first-place finish and personal record in the discus (27.62m) and a second place finish in the shot put. Her most amazing feat of the day, however, was in the hammer throw, in which she shattered the school’s five-year record with a 50.98m mark.

Cardinal competition heats up this weekend as the teams head to Middlebury for the NESCAC Championship. Going into her final ’CAC competition, Maehl is hopeful for what the team will accomplish.

“I’m excited to see how we do at NESCACs because I know we’ve got the squad to really do some damage this year,” she said.