What Was the Wesleyan Glee Club? A Primer 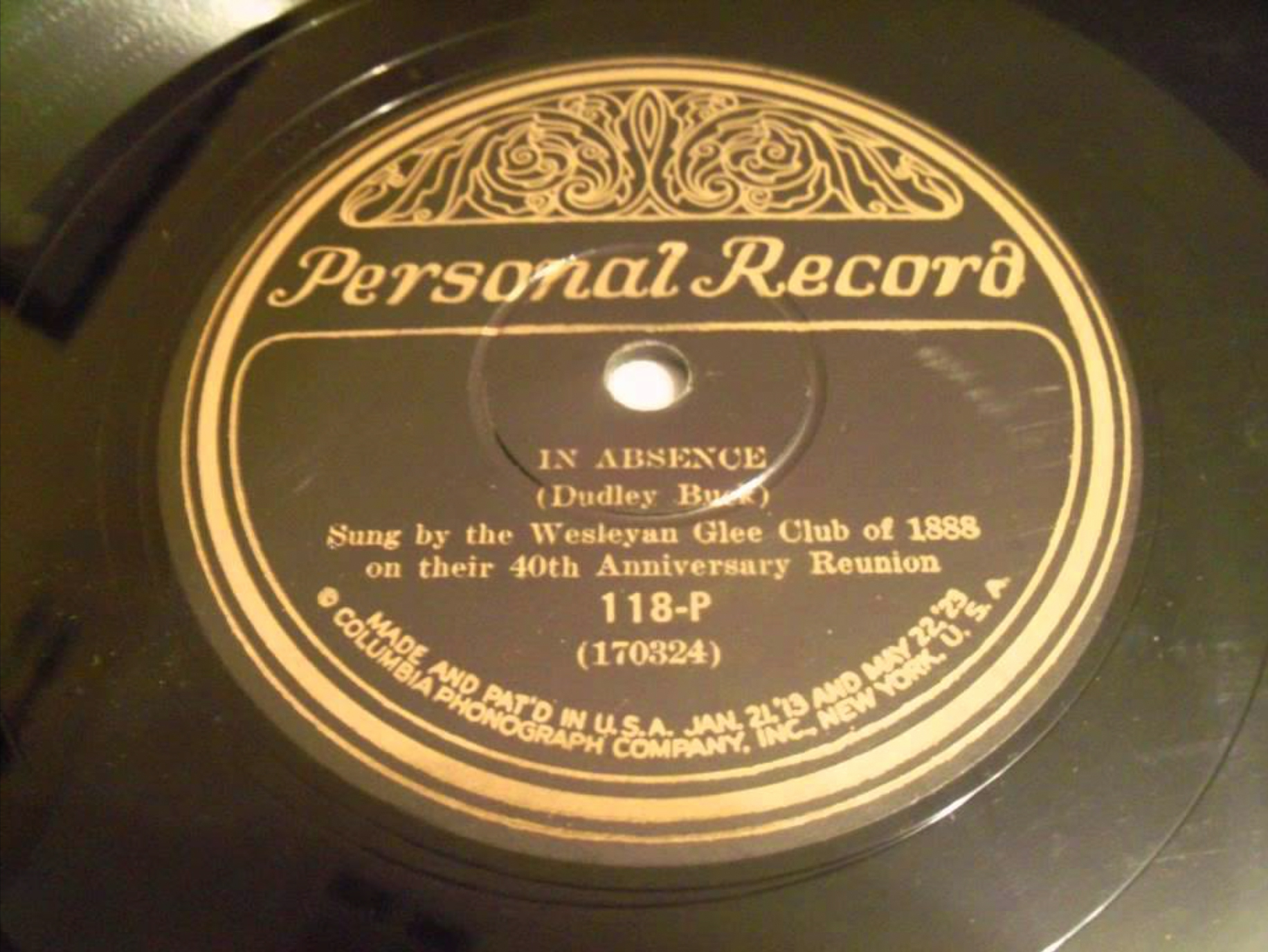 Glee clubs and show choirs have become more popular since Fox’s “Glee” premiered in 2009. But glee clubs actually existed long before the TV show, and are not just exclusive to high schools. In fact, the University actually had its very own glee club, one of the first collegiate glee clubs ever.

The Wesleyan Glee Club was founded in 1846, but the group did not begin performing until the early 1860s.

The club first performed in Middletown, singing for Wesleyan students and faculty, as well as the greater Middletown community. Like many glee clubs at the time, they did not stay put, touring different locations in New England by foot. They walked as far as New Hampshire and performed the finale of their first tour at the top of Mt. Washington in the White Mountains. By 1884, the group began to use a more efficient method of transportation, traveling by train to perform in Chicago.

“A mere 30 years after the founding of Wesleyan, the elegantly-clad Glee Club is seen wandering on foot to the White Mountains, before the construction of Interstate 91 or the production of automobiles,” former Wesleyan music professor Mark Slobin wrote in his Wesleyan University Press-published book, “Music at Wesleyan: From Glee Club to Gamelan.” “Everywhere the singers stopped, people were glad to offer them food, lodging, and a concert hall to hear them sing. The foundations were being laid for the mythology of “The Singing College.”

The group was also very prominent on campus.

“At all kinds of college events, the students raised their voices in song,” Slobin wrote. “The boys were always singing, it seems, since there were so many ritual events in the calendar for the couple – or few -hundred lucky members on campus each year.”

The music that they sang, though standard at the time, may seem unconventional in the 21st century. Instead of Journey covers or Adele mashups, the club sang mostly opera.

“In today’s a cappella age, opera seems a surprisingly large part of the repertoire of choice,” Slobin wrote. “In 1869, arias were popular music, widely distributed in the sheet music that most people kept in their homes as part of the common American habit of friends and family singing around the piano.”

The club was very successful throughout the years, traveling far and wide to perform for a variety of audiences. A New York Times article from April 1888 describes a performance:

“College days will be recalled at Chickering Hall this evening, when the Wesleyan University Glee Club will make their bow to a New-York audience,” the article reads. “The club has been singing in some of the smaller cities with flattering success. In the selection of voices it need hardly be said that great care and taste have been exercised and the budget of songs with which the young men have equipped themselves comprises not only the standard songs but a long list of selections which illustrate the development of college music.”

The club had many impressive accomplishments. In 1890, they were personally invited to use Thomas Edison’s phonograph to have their music recorded, and were the first college glee club to do so.

The club also met various presidents over the years. In 1901, they performed at the White House for President McKinley, and in 1928 for President Coolidge. Additionally, Wesleyan won the glee club national championship two years in a row, in 1926 and 1927.

The Glee Club’s success was so widely known that Wesleyan received the reputation as “The Singing College.”

Throughout the mid-1900s, the club began to perform alongside glee clubs from other schools, usually women’s colleges in order to integrate women’s voices into their all-male group. One record notes that in 1962 and 1963, the State Department endorsed the Wesleyan and Smith College Glee Clubs to perform in Mexico.

The club also performed with the Wesleyan Chapel Choir at Wesleyan’s annual Christmas candlelight concert in the Memorial Chapel from the 1960s to 1972. However, after their 1972 performance, they were no longer seen performing again.

“The Glee Club disappeared from campus during the early 1970s,” the Special Collections and Archives website states.

So that begs the question: what happened to the Wesleyan Glee Club?

Maybe it morphed into one of the many singing groups on campus. Or maybe the club is in hiding, lurking in the shadows until its members are ready to resurrect the group.

Either way, the reputation of Wesleyan as “The Singing College” still holds true.

Note: Special Thanks to SC & A, as well as Wesleyan Magazine for providing information on a not-widely-known part of Wesleyan’s history!