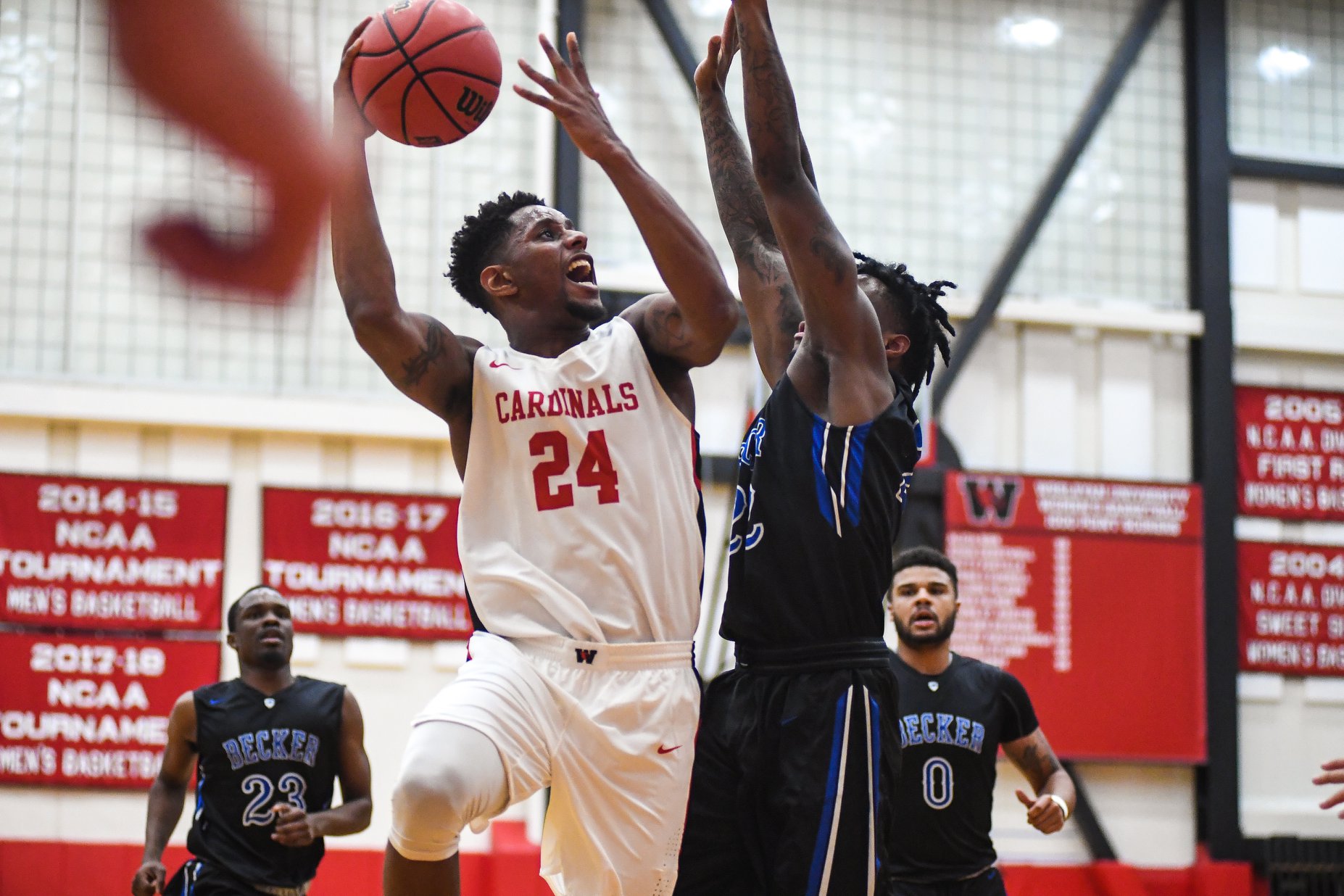 There’s a reason why the word “student” comes first in “student-athlete”: Despite hours of practice on the daily, athletes at Wesleyan are expected to value their academic inquiries as much—if not more—heavily than anything they can provide on the playing field, rink, or court. In other words, unlike some notable YouTube stars/rowers on USC crew, one has to truly be both a student and an athlete to belong to this community at this university. Many athletes certainly did Wesleyan proud in that regard, being named to the NESCAC All-Academic Team for the winter season at the start of the month. Middlebury led the way this season with 122 students named to the team. Wesleyan placed sixth with 73, shortly behind Bowdoin and slightly ahead of Colby. To be eligible for the team, a student (sophomore or above) must be a varsity letter recipient with a GPA of 3.5 or above.

Diving into the Cardinal-specific statistics more closely, women’s track and field lead the way with 15 selections, followed by women’s hockey with ten and men’s hockey and women’s swimming and diving with nine apiece. Women’s basketball had the fewest selections among Wesleyan teams, with just two. Women’s track and field also lead by percentage of team members selected, weighing in at 54 percent. Forty-one students who competed on women’s teams were selected, versus 32 who competed on men’s teams, and seniors had the most selections by grade with 31, followed by 26 for juniors and 17 for sophomores.

When asked how they were able to balance the rigors of classwork, practice, and games, men’s hockey scholars Malinowski and Sestak both emphasized the skill of time management. 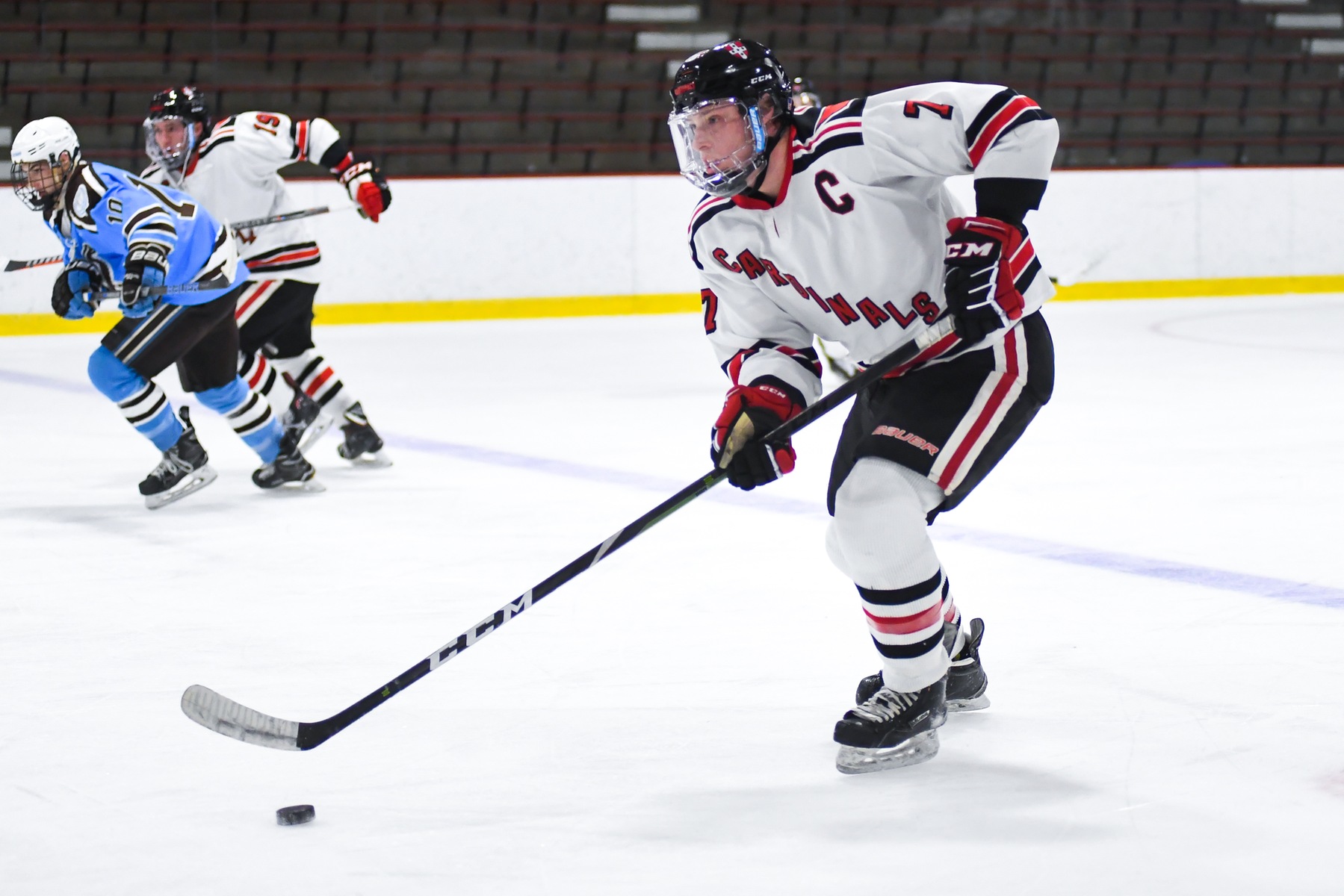 “I try to make a really good schedule to be aware of all upcoming deadlines and homework assignment due dates,” Malinowski said. “I try to do a really good job of working ahead on weekends and trying to be productive during the day since on an average night, I typically have practice for close to three hours and leave tired, sore, and hungry.”

Sestak agreed with his teammate, focusing on the tremendous reward that followed his hard work.

“I think that balancing academics and athletics at Wesleyan can be a challenge at times, but ultimately it is very rewarding,” he said. “What it really has come down to [for me] is realizing the privilege of being an athlete at such a prestigious school and not taking either aspect of that for granted. I’m grateful to the Wesleyan community as a whole though. I think it’s a tremendous learning community where students support each other, collaborate, share ideas, and push each other to be the very best they can be. The All-Academic team nomination, to me, really is a reflection of how great of an athletic and academic community I am a part of.”

Sestak also spoke of his academic interests (he’s a molecular biology and biochemistry major), and how skills he applies athletically can also be a boon in the classroom.

“…A lot of intangibles that come with athletics are just as applicable in academics,” Sestak said. “Success in both is a product of hard work, attention to detail, and a passion for the sport or for the subjects being taught.”

In addition, several members of the All-Academic Team were also named to the All-Sportsmanship Team, which consists of one athlete from each NESCAC school for each sport the conference sponsors. First-time members include seniors Andy Espinoza (men’s hockey), Sarah Goss (women’s hockey), Ali Imperiale (women’s squash), Kevin Le (men’s squash), and Max Wimer (men’s swimming and diving). Antonio, Tara Berger ’19 (women’s basketball), and Kevin McDonald ’20 (men’s basketball) were all selected to the team for the second time in their careers.

Every winter student-athlete, whether listed or not, should be proud of the work they’ve done this past season. Although I can’t speak from experience (does Mock Trial count as a sport?), I know for certain that it’s an accomplishment in itself to balance athletic commitments with schoolwork at a demanding institution like Wesleyan. Congratulations on an awesome accomplishment to those listed, and good luck with academics the rest of the way through 2019!