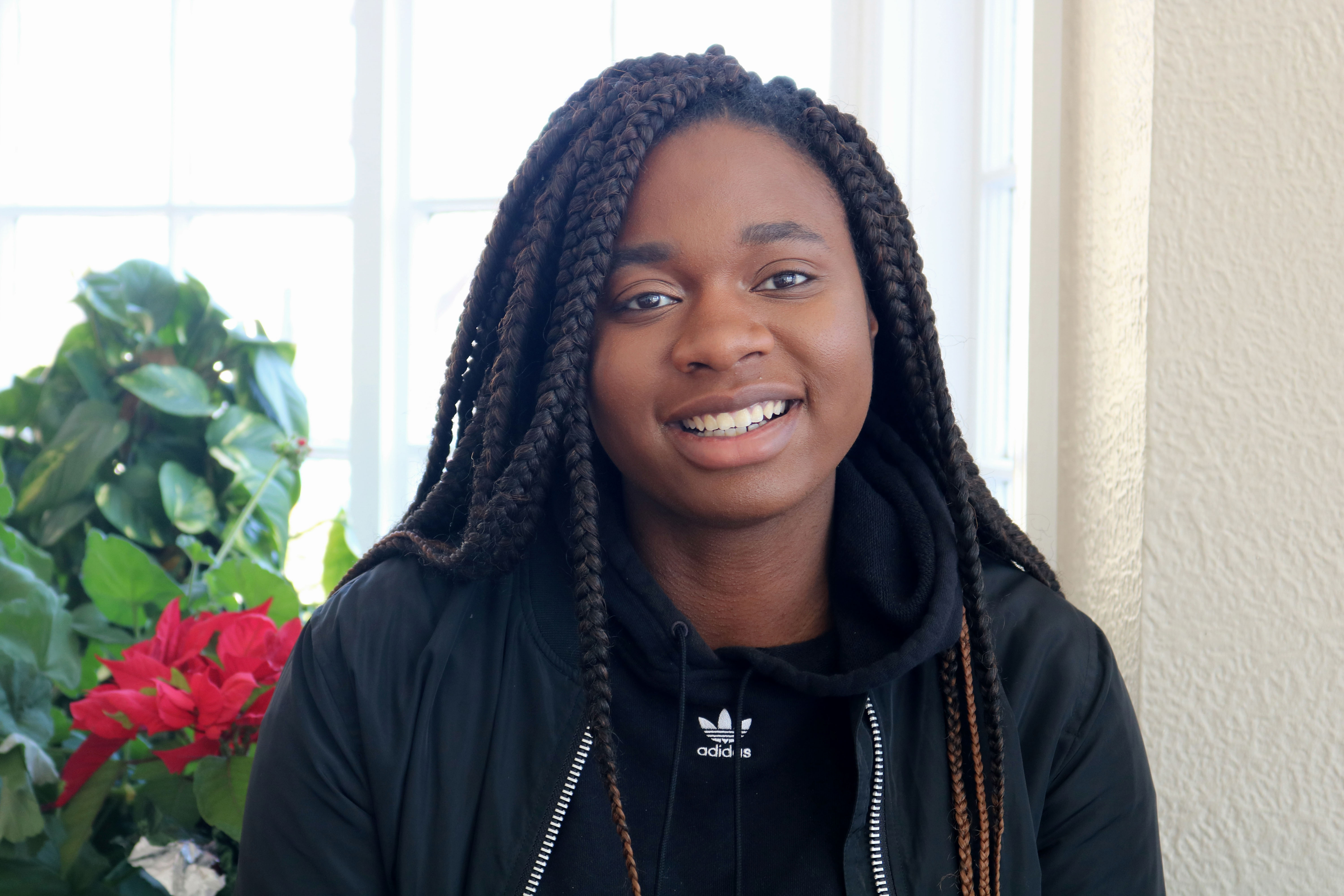 Ivie Uzamere ’21 has dominated Wesleyan track and field since her outstanding rookie season last year. In her first year, she broke the school record for the weight throw, recorded personal bests for the weight throw and shot put, and scored over five first-place finishes. She was invited to the NCAA Indoor Track Championship and was named to the prestigious USTFCCA NCAA Division III Indoor Track & Field All-Region Team.

Back on the field this year, Uzamere has continued this success, claiming top honors at the 2019 NCAA Division III Nationals for the weight throw. Her winning mark beat not only her previous record but also the Wesleyan record—the very same one she set the year before. Uzamere is one of only a few track and field athletes in Wesleyan history to receive the title at Nationals, an honor no Wesleyan athlete has claimed in over a decade. She also recently received the Carla Coffee Award, an award given to the top male and female athletes in Division III New England Track and Field, for her success at the meet and during the season.

The Argus sat down with Uzamere to talk about her success-filled first two years at Wesleyan.

The Argus: How did you get involved with track and field? Have you always been a member of a team since high school?

Ivie Uzamere: I was actually a basketball player throughout high school, and I went into the college process thinking I was going to play basketball. I tore my ACL when I was younger, and when I was playing basketball that had a huge effect on my knee and just my ability to play as well as I wanted to. So my friend introduced me to throwing because I never really knew what throwing was. So I quit basketball my junior year to pursue track competitively.

A: Were you recruited to throw at Wesleyan?

A: Did you decide on Wesleyan because of your recruitment?

IU: I definitely looked more into Wesleyan. I didn’t really know about Wesleyan when applying to schools until I got an email from the head coach. I also had other people tell me about Wesleyan at Hackley [School], so I definitely looked more into Wesleyan because of the fact that I would be recruited here. Then I was also looking at other DI schools and Wesleyan was one of the few DIII schools I was looking at, but I really wanted to pursue my academics and also pursue athletics, so that’s why I thought Wesleyan was a good choice.

A: What are you pursuing academically at Wes?

IU: I’m a biology and Science in Society double major. I’m also on the pre-med track.

A: Now for athletics–what’s your perception of the track and field culture at Wes?

IU: I think that it’s hard because track and field is a very individualized sport, where everyone has their own event and their own goals to better themselves. It’s not like basketball, where we’re all working together to make that basket. It’s very individualized. At the same time, I do think we do a very good job of supporting one another. I think that everyone’s super sweet and we get along.

A: You’ve had a super successful winter season and a great start to the spring. To what do you attribute this success?

IU: I think that honestly it’s just about putting in a lot of work, during practice and outside of practice. I actually went to Nationals last year, but I fouled out, so none of my throws counted. I think I had all the capabilities, I had the techniques, but the biggest thing was my mindset. For a lot of athletes, you have to make sure your mindset is right and know that your biggest competition is yourself. There’s definitely a huge difference between my Nationals performance this year and last year because I was in a very relaxed and comfortable state. I was just doing it for fun, basically, so I didn’t feel any pressure. That’s why I think I performed well.

A: On the other side of that, what have been some of your challenges this year?

IU: The most challenging part is not being too hard on yourself if things don’t go out as planned. For me, at least for a thrower, you only have three tries to get the throw that you want. So sometimes it might not work out the way you want it to. It’s important to learn from your mistakes.

A: What challenges are there in academics, especially studying bio and science in society and being pre-med? How do you balance academics and athletics?

IU: It definitely is hard, especially being pre-med, when you have a lot of courses to take and you really have to do well in those classes. I think one thing about being an athlete and performing competitively since I was in middle school has really taught me time management and organization. Thankfully those are skills I’ve had prior to coming into Wesleyan. Procrastination isn’t something you can do a lot of as an athlete, so setting goals for yourself and getting things done–I use my agenda. That’s my second Bible. [Laughs] So getting things done that you set out to get done is important. There’s not really slacking off.

A: How are you involved on campus outside of track and academics?

IU: I was a teaching assistant for WesMaSS, which is the math and science scholars program for underrepresented students. I do a lot of work with mentoring and tutoring underrepresented students because I feel that’s really important. I work at the Green Street School of Arts Center, and I’m part of the Foster Care Project and the African Student Association.

A: Is working with students something you want to continue in the future?

A: That’s awesome. So to finish–what’s your favorite part of Wesleyan? It doesn’t have to be track.