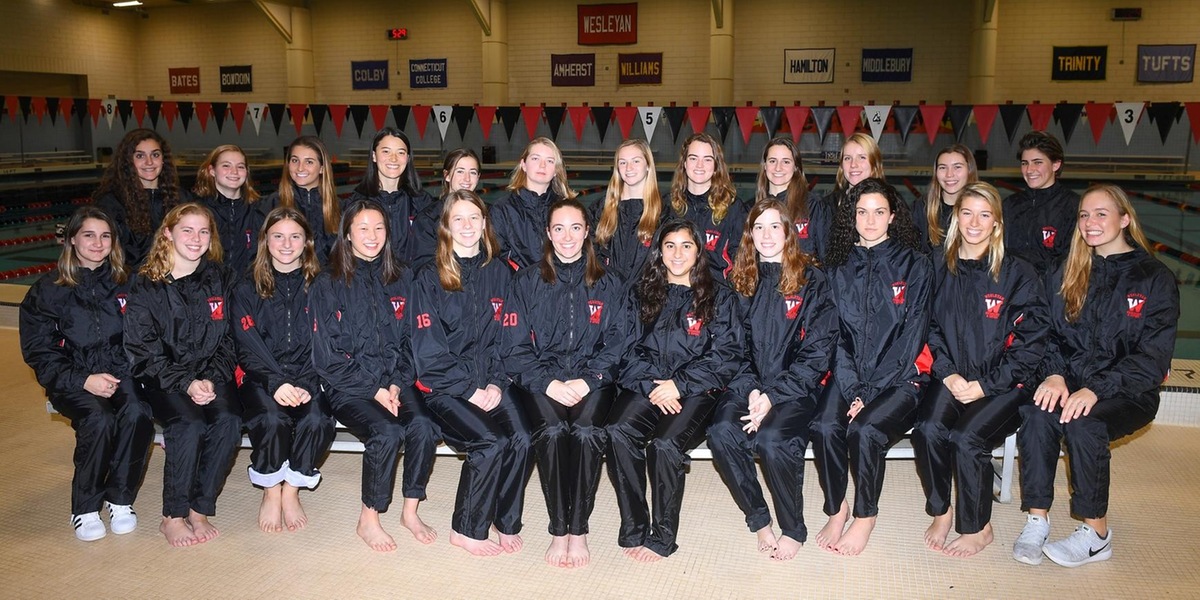 While Instagram accounts were abuzz with pictures of the beach and the sun over spring break, the Wesleyan women’s swim and dive team was enjoying a different type of water. Since their first meet four months ago—back in the dreary days before Thanksgiving break—women’s swim and dive has been working non-stop. Despite mixed results against NESCAC foes, the team picked up a four-win streak in early January and placed sixth at the NESCAC Championships. This is the highest the team has placed in ’CAC competition in program history, and their coach, Peter Solomon, was named the NESCAC Co-Coach of the Year for the victory.

Most winter sports wrapped up their seasons in those later days of February, yet select members of women’s swim and dive continued their efforts this past week with competition at the NCAA Championships. A group of six swimmers—Sofia Antonio ’19, Mengmeng Gibbs ’22, Hannah O’Halloran ’20, Grace Middleton ’20, Caroline Murphy ’20, and Maela Whitcomb ’19—spent most of March preparing for their final meet of the season.

After NESCACs, there is a period where we have to intensely train before we rest and that is very difficult, as was being on campus for a majority of spring break,” Murphy said. “It was the jokes cracked and the squad dinners that got me through it, the balance of swimming with real life things.”

The team’s solitary swimming practices culminated in a trip to Greensboro, N.C. to finish out the season among the best of Division III swimmers. 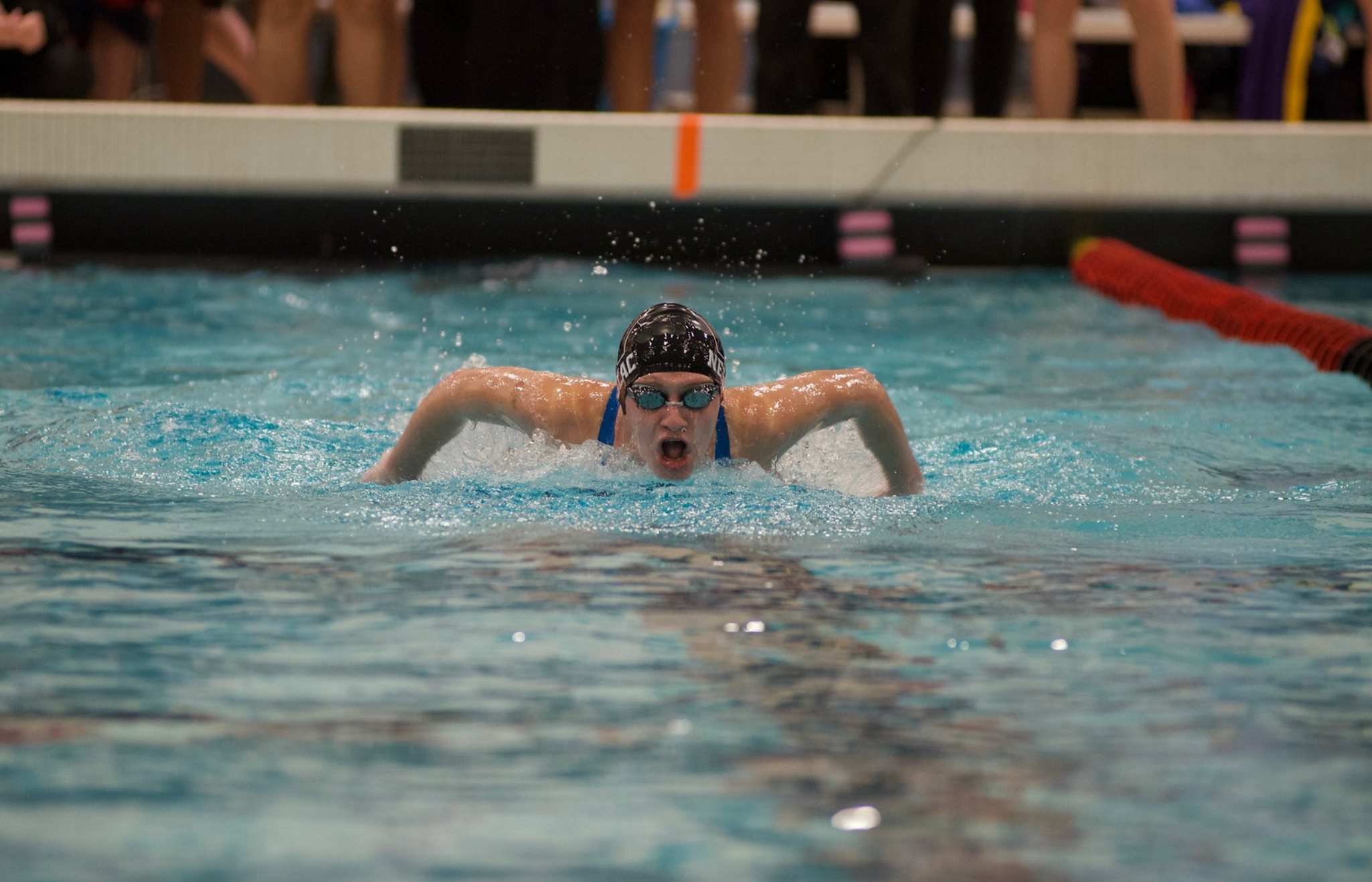 On Wednesday, March 20, the first of four days of competition, the 200-yard medley relay team of Murphy, Gibbs, Whitcomb, and O’Halloran finished 12th. The team earned an All-American Honorable Mention for their effort. In competition on Thursday, the 400-medley relay of Murphy, Gibbs, Whitcomb, and Middleton garnered the same honor, taking 15th place overall.

“Swimming the 200 medley relay and 400 medley relay was incredible because I don’t know if any of us expected to put together such strong relays this year,” Gibbs said.

“I am still kind of in shock/disbelief that I even am an All-American,” Murphy said. “It is extremely rewarding to be able to compete at such an intense level with incredible people and athletes from all over and end up on top. It has definitely made me a much more driven athlete and reflects strongly on the training I’ve done over the past couple of years. Being on the podium is euphoric almost, that feeling of accomplishment is both humbling and my proudest instance and is what keeps me hungry.” 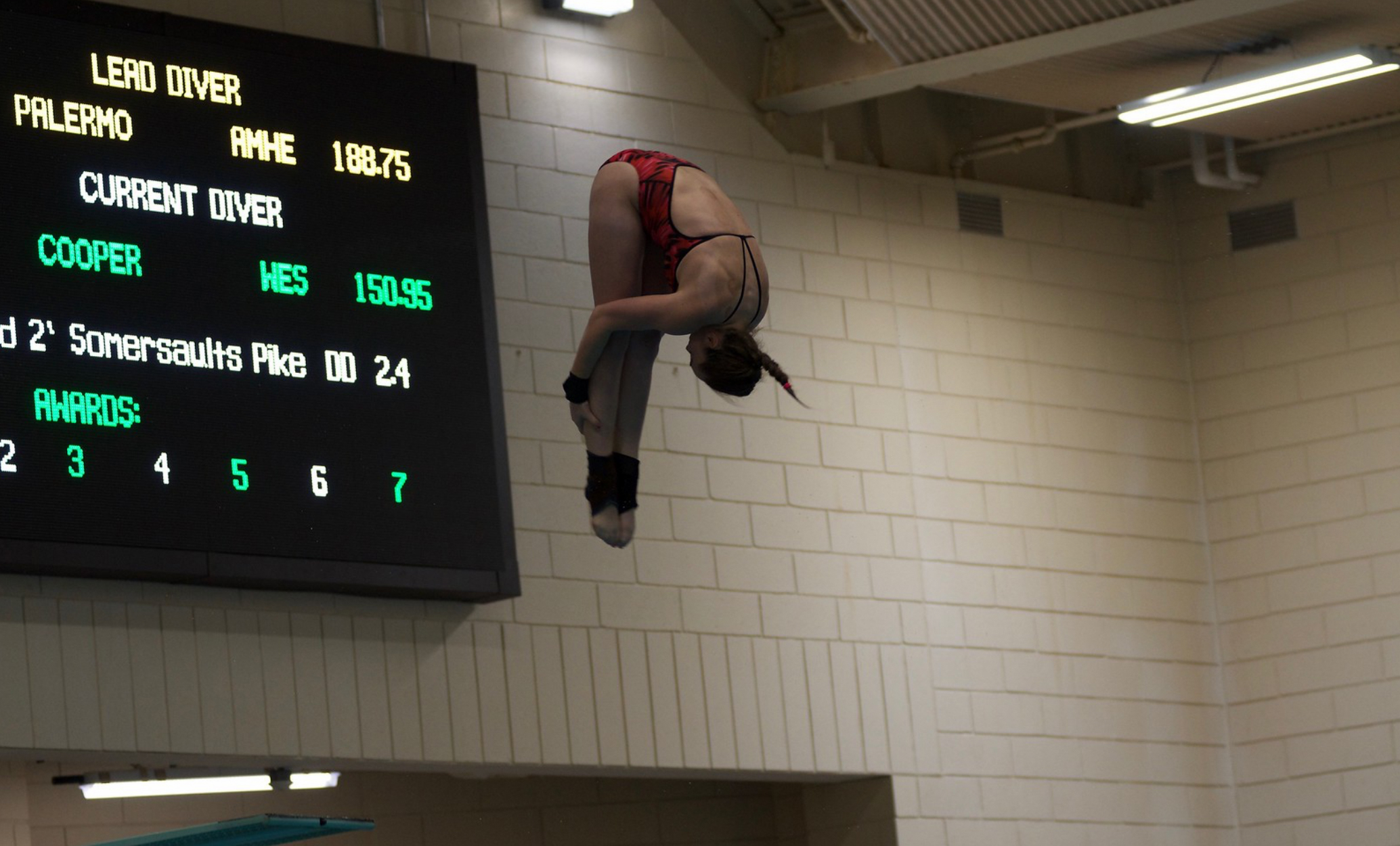 To finish out the team’s success on Saturday, Murphy and O’Halloran competed in the 100-yard freestyle and 200-yard backstroke, respectively. The 400-yard freestyle relay team of Murphy, Gibbs, Antonio, and Middleton claimed 24th place.

After four days of competition, the team finished in 25th place of the competition’s 50 teams.

“It was really amazing to be able to compete at NCAA’s, especially as a freshman,” Gibbs said. “I definitely didn’t go into this year thinking I would get that opportunity my first year. Being in Greensboro was very cool. There were so many really fast college students there it was just very inspiring to be part of a meet like that…. The energy and motivation that we all had going into that meet was nothing like I had ever experienced before.”

Murphy, despite competing at the Championships before, believed her teammates made this year’s postseason competition as successful as it was, both in and out of the water.

“This championship season, we have pushed each other to remain positive and keep it light even when we jumped back up in yardage or were just feeling off,” Murphy said. “The team of women I went to Nationals with are some of the most strong and resilient people I know, we held each other up and took care of each other in and out of the pool…. This is super cheesy, but they really are my family, these are my people.”