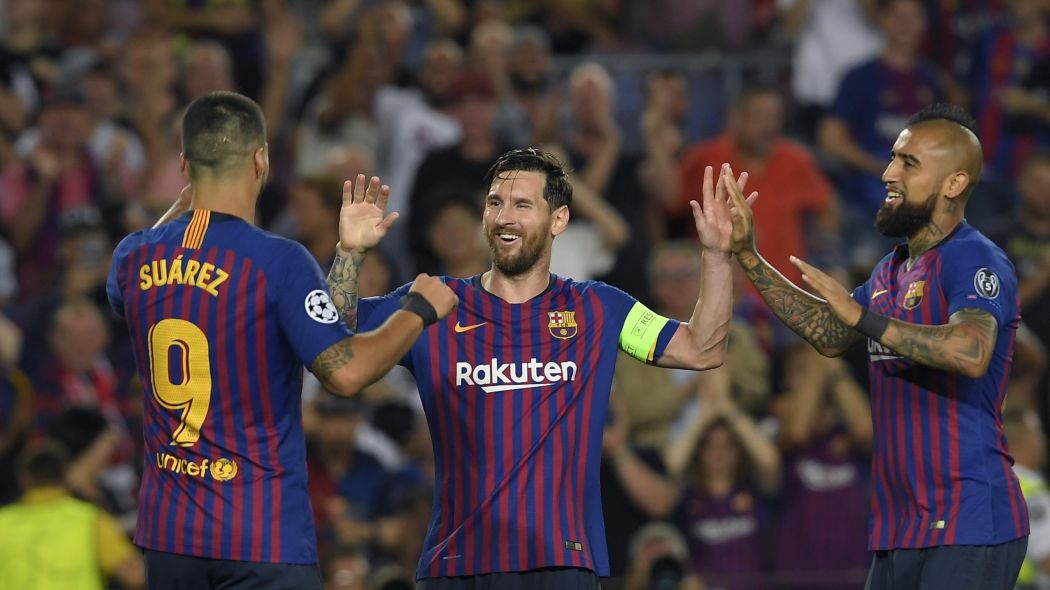 The Union of European Football Associations (UEFA) Champions League round of 16 is set, and every club has played their first of two legs either on the road or at home. With this in mind, here is a review of the clubs still in and who has a shot at the title in June.

The first round of this matchup featured the 2018 Premier League victors and a German side sitting in a dismal 14th place domestically. Despite the lopsided pairing, Pep Guardiola’s Manchester City found itself down 2-1 and a man after a Nicolás Otamendi red card in the 68th minute. However, youngster Leroy Sané slotted an incredible free kick to draw the visitors even before Raheem Sterling’s blistering pace tallied the winner in the 90th minute. Schalke faces an uphill battle and will need three away goals at City to break through into the next round.

This game could have been the final considering the quality of play on each side of the ball. However, not many could have predicted Diego Simeone’s dominant performance, which easily dispatched the Italian side at home. The squad continued its successful run with its two Uruguayan defenders Diego Godín and José Giménez, who each scored in the last 15 minutes. Portuguese forward Cristiano Ronaldo was nowhere to be found, and the club from Turin will need an impressive home performance to move on to the quarterfinals.

Prediction: Atlético Madrid advance on away goals after an aggregate tie (3-3)

There was a lot of talk about the absence of PSG forwards Neymar da Silva Santos Júnior and Edinson Cavani, but 20-year-old Kylian Mbappé and Argentine winger Ángel Di María picked up the slack. The Paris-based side notched two crucial away goals en route to a convincing 2-0 win, and Manchester United will need a miracle at Parc des Princes on March 6. If they are to have any chance at advancing, Romelu Lukaku and Marcus Rashford will need to be world class.

Despite a season ravaged by injury, Tottenham battled to its most impressive result of the season against the Bundesliga leaders. Paced by center-back turned outside midfielder Jan Vertonghen, the Spurs ran rampant at Wembley Stadium, crushing the German giants 3-0. For all the talk of Dortmund’s youth, it was the Spurs’ experienced players who made headlines on a day without Harry Kane or Dele Alli. Despite this, playing in Westfalenstadion is no easy task, with its notorious yellow wall one of soccer’s most intimidating scenes.

Many French clubs are not considered legitimate European threats because many perceived their league as weak. However, Lyon boasts a strong side with a dangerous attack including Nabil Fekir and Memphis Depay. The team’s youth and poise held up against one of the best clubs in Europe, FC Barcelona. The sides battled to a 0-0 draw despite each having clear chances to score. It is difficult to think of Lionel Messi, the best player to ever play the game, facing elimination in the Camp Nou. Expect Lyon to make things interesting, but Messi will carry the Catalan club into another quarterfinal in search of its first Champions League Final since 2015.

Roma turned a few heads last year with its shock upset over Barcelona en route to a Champions League semi-final appearance, but its 2018-19 campaign has been a disappointing one domestically. The club sit fifth in Serie A but put on a decent performance to top Primeira Liga leaders FC Porto. The Portuguese side did muster an away goal, so it still has a chance as it heads back home. However, I see the more-experienced Rome side advancing in this one.

This one was a tough one for Los Blancos haters like myself to watch. Ajax thoroughly outplayed Real Madrid at the Johan Cruyff Arena in Amsterdam, but Madrid’s star power was too much for the small club to handle. While it would be incredible to see the Dutch side make history at the Bernabéu, chances are unlikely they will.

The most hyped game of the week ended in a 0-0 dud in Munich. Liverpool is currently busy trying to fend off Manchester City in the title race, and its lack of depth is beginning to show. Jürgen Klopp’s side has hit a rough patch lately, though it seemed to rebound with a 5-0 thrashing of Watford. However, Bayern is out for revenge after a disappointing loss last year to Juventus. I sense an upset at Anfield and see the Bavarians moving on to the next round.

From the current state of each club, I see Barcelona claiming the title in June at the Wanda Metropolitano in Madrid. With its depth and talisman Lionel Messi, the Catalans have what it takes to conquer Europe and vanquish their Champions League demons.