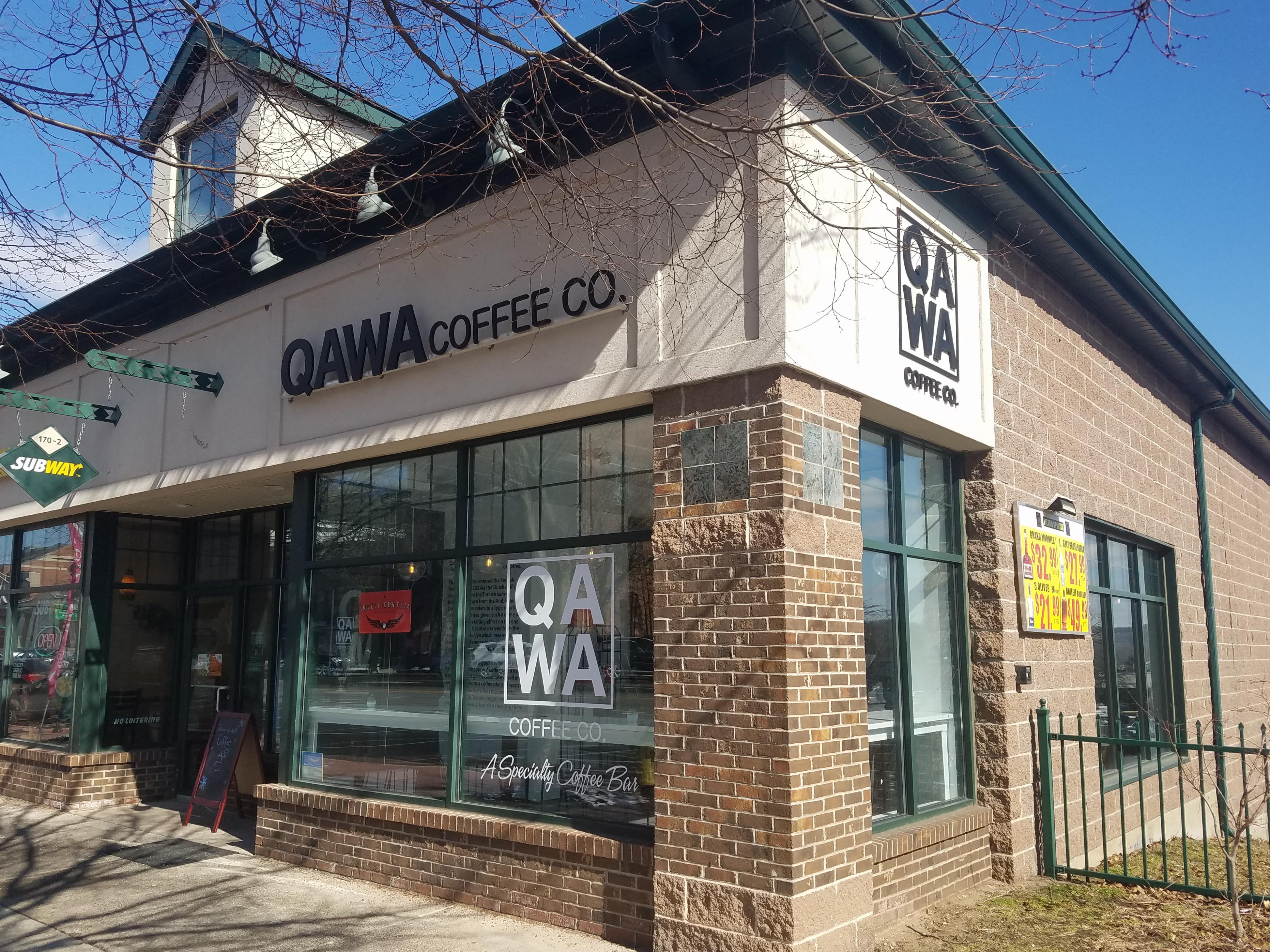 For the past few months, the space on 170 Main Street has sat empty, haunted by the remnants of its old tenants, Disco Chicks, a restaurant specializing in chicken wings. The space has been lonely and bare, but the end is finally in sight—Qawa Coffee, a specialty coffee shop, will be moving into the space and holding its grand opening this Saturday, March 2.

The shop is owned by Abdul Alhadheri and his wife, Amirah Aulaqi. For the past five years, the couple has been living in New York while Alhadheri pursued a masters and PhD at Columbia University in cellular and molecular biomedical studies and Aulaqi worked as a fashion designer. However, the couple has always had a passion for coffee and have bonded over their love for the delicious beverage throughout the years.

“My grandmother’s great-great-uncle was one of the first to export coffee from Mocha in Yemen, which is the city where mocha comes from,” Alhadheri said. “He exported coffee to Europe for the first time. It’s been in our family for a while. I’m from Yemen, originally, and that’s the founding place of coffee, that’s where they brewed the first cup of coffee. ‘Qawa’ is the first word for coffee.” 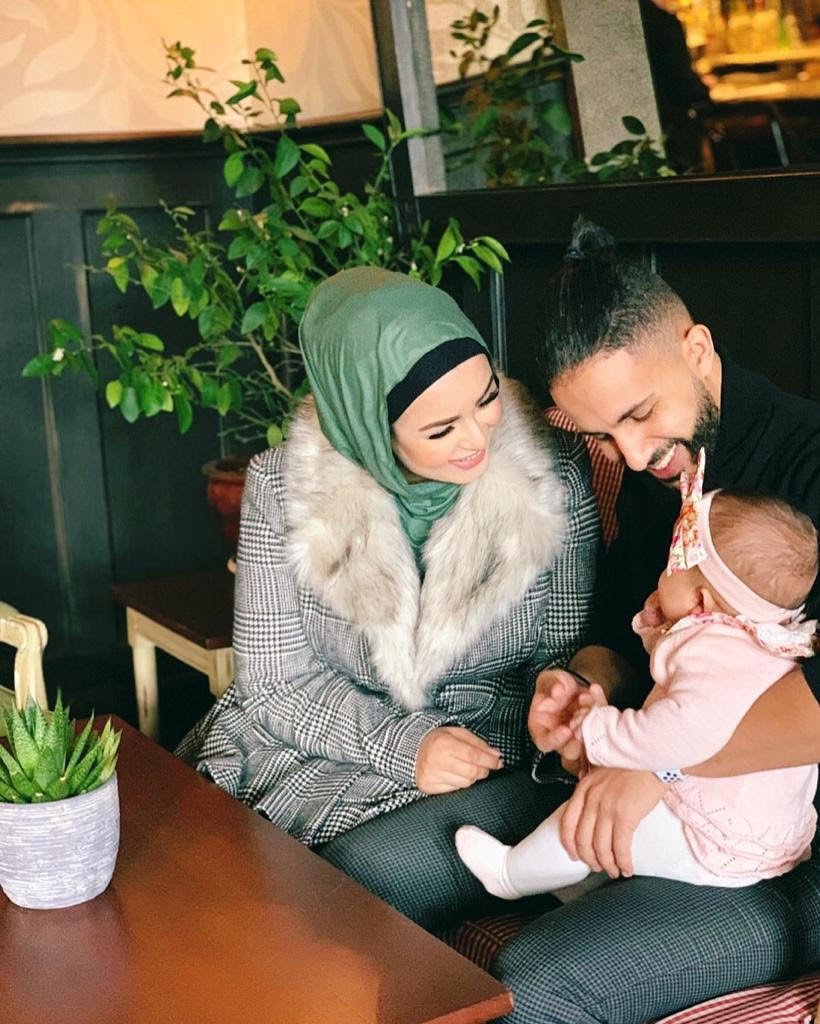 Alhadheri remembers walking into various shops to grab a cup of coffee with his wife, subconsciously planning their own coffee shop. But a few years ago, the couple decided to finally start saving up and work toward opening up their own place. They started scouting places in Connecticut after realizing there was a gap in specialty coffee shops in the Central CT area. The two are also no strangers to Connecticut—Aulaqi grew up in the Waterbury area.

“When we saw the place, we loved everything about it, and we literally went on Google Maps and we mapped out all the good, specialty coffee shops in Connecticut,” Alhadheri said. “There was a huge gap right in the middle, and the center of the gap was Middletown—a 15 mile radius around Middletown. Middletown is such a vibrant town and there’s so many businesses, and two hospitals around. We really hope we can be integrated quickly in the community. We have a lot of people saying that they’re excited for this.”

While Alhadheri hopes not only to attract students from the University and the local community, he highlighted that when coffee shops first started, especially in Yemen and in Europe, they served as social spaces. He explained that people even planned revolutions in coffee houses.

“[Coffee shops] are places of learning, places of interacting with others, and we wanted our space to look like that,” Alhadheri said. “We have benches, we have a bar, we have plugs for people who want to work, obviously we’re on a campus and we want you guys here, but it’s a very low bar, very bright, very vibrant—we want you to interact with the baristas. We want you to ask questions. We have a pour-over station in the back where we want you to see us making your coffee. The coffees that we have, Intelligentsia Coffee, they come from 19 different countries, and we’re going to feature almost all of them over time. Each coffee is delicate, it should be made in a certain way. No two coffees are the same. So, we want people to not only taste good coffee, but learn about good coffee.” 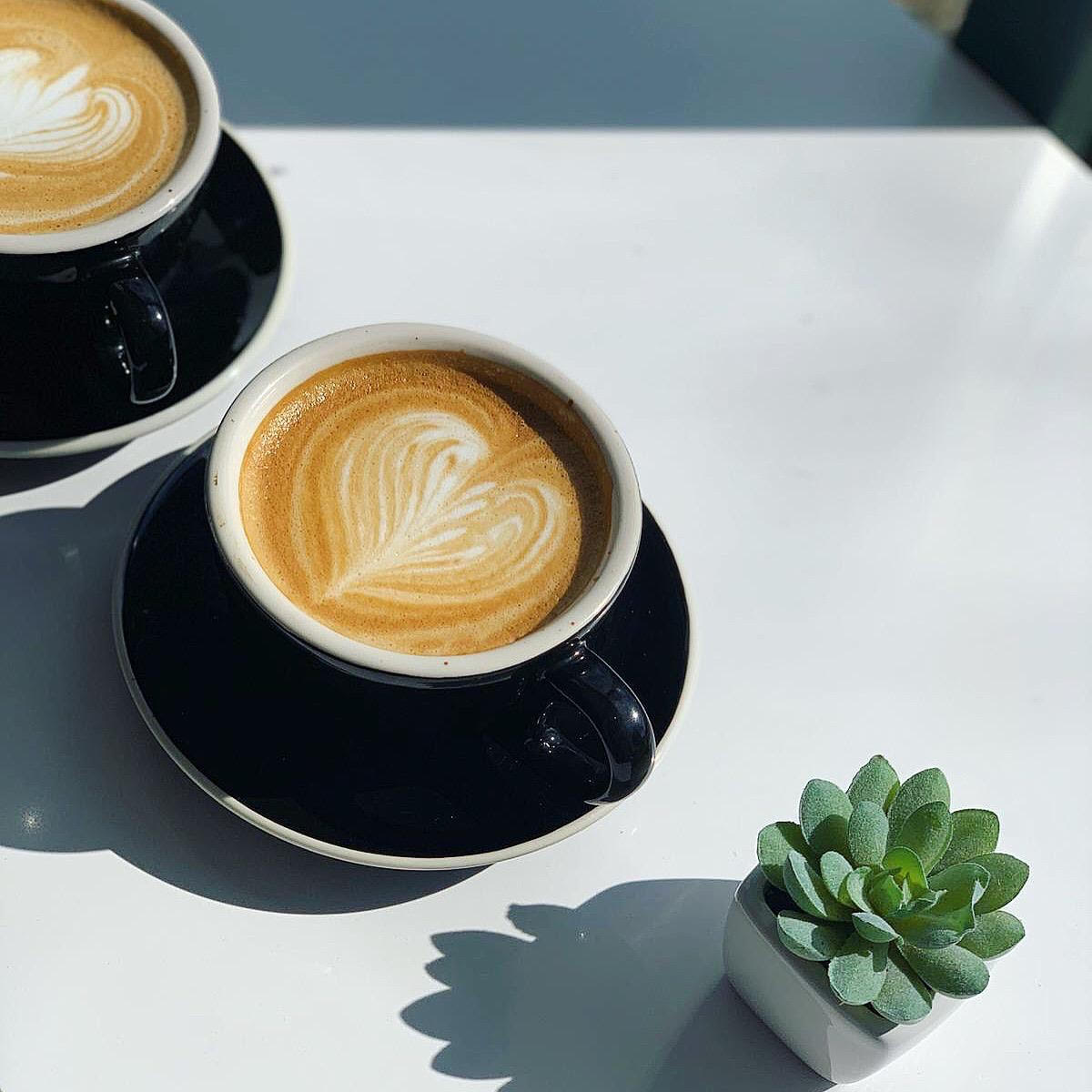 The coffee at Qawa will be made from Intelligentsia Coffee and Tea, a coffee-roasting company and retailer based in Chicago, Illinois. The company features coffee that is focused on direct and fair trade, with 90 percent of their blends labeled as “organic.” Intelligentsia maintains a close relationship with their coffee farmers and makes a special point to travel around the world to meet farmers and get to know them and their families. Alhadheri explained that most of the time, farmers don’t even get to taste their own coffee, but Intelligentsia brings the final product to their farmers. The blends come from 19 different countries, and Qawa aims to feature almost all of them over time. On the backs of all packaging, there is a label that says who the coffee is made by and where it was made. So at Qawa, you will always know who’s making your coffee from start to finish.

“Intelligensia is [in] the top three coffee distributors in the world,” Alhadheri said. “They’re the best in America. Their coffee is so sweet, and so tasteful, and so delicious, that you don’t need to put anything into it. The more milk you put into it, the less coffee flavor you’re going to get into it, the more sugar, the more vanilla. We have all of these things, and we’d love it if you come by and have those, but we can slowly introduce you to it.”

As for the menu, you can expect the classics, like lattes or iced coffee. On top of that, Qawa will also serve a large specialty menu, with things you won’t find elsewhere, like Yemeni lattes and Yemeni Chai. Qawa will also serve pastries, such as donuts and muffins, from a variety of local purveyors, like Hartford Baking Company, Katalina’s Bakery in New Haven, and even Du’s Donuts in Brooklyn, New York.

“We wanted to keep a lot of things local, because we wanted to help the community,” Alhadheri said. “We hope they come and stay local, as well…. education is big for us. The more people get educated about coffee, the more they’ll be here.”

Qawa Coffee will be open Monday-Friday from 7am to 6pm, and from 8am to 5pm on Saturdays and Sundays.