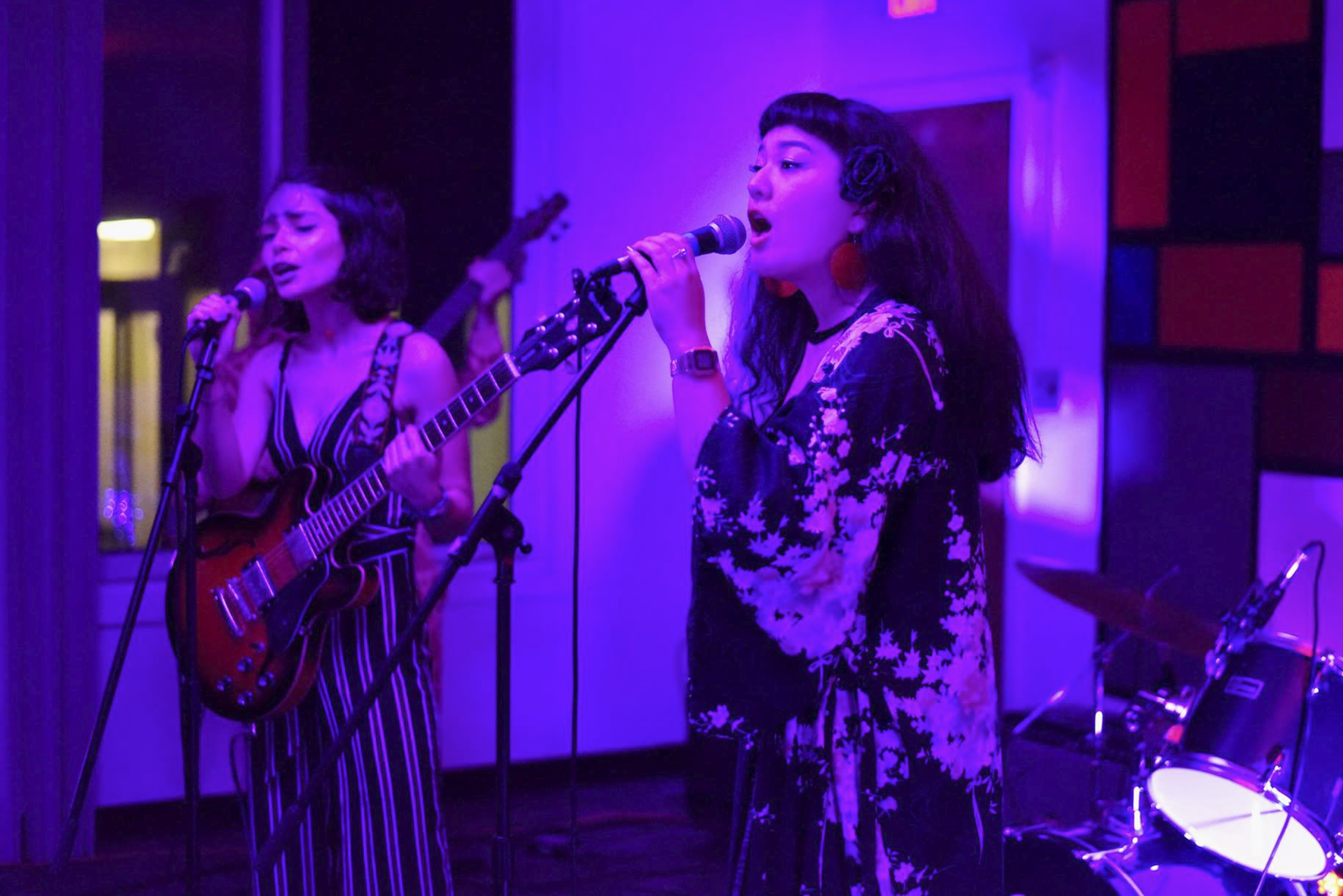 This past Friday, Aural Wes and Concert Committee along with a variety of other music groups on campus organized a town hall meeting to address the year’s perennial conundrum: Why is the music scene dead? Joined by administrator representative Joanne Rafferty from Student Activities and Leadership Development (SALD), students tackled a broad swath of issues ranging from bureaucratic impediments to booking off-campus bands, from Residential Life’s (ResLife) crack down on program house concerts to cultural changes leading to a decline in on-campus student bands.

The first half of the meeting dedicated time to sorting through the causes for the lack of off-campus bands booked within the past year.

“I’m in a program house, and when I’m dealing with bloodthirsty bookers to get artists to come here, they don’t understand that I’m doing this for fun and I’m an untrained student,” Manny Unger ’20 said. “They come after me as some evil concert promoter, so what ends up happening is this annoying cycle where I’m being screwed on one end by the bookers and then on the end end I get screwed for money by WSA [Wesleyan Student Assembly] in the contracting process and booking process from the school. The biggest issue and a problem I keep having is with the whole contracting stage after the artist is approved by Concert Committee.”

Issues with the excessive number of bureaucratic stages an individual student has to go through to book a band became a running theme throughout the meeting. After another student raised similar concerns about contract negotiations and suggested consolidating the process, the Concert Committee, represented at the town hall by Clara Curbera ’20 and Cayla Blachman ’19, jumped in to clear up confusions and explain their own host of problems.

“We have had a number of major issues on Concert Committee this year with coordination to our checkpoints in the administration and getting paperwork and contracts passed through,” Blachman said. “I’ve sent my administrative head [WSA Office Coordinator Lisa Rogers] several emails this year and have not heard back from a single one of them, which is partially why we’ve had such a hard time in the past years getting contracts and negotiations done even in enough time for the six to eight week window that we ask for.”

For students trying to book off-campus artists, the process is first to contact the artist’s agent, then to get the artist passed by Concert Committee, and then negotiate payment and contracts with the Concert Committee and WSA. In recent years, these already intricate and time-sensitive steps have become even more backlogged with paperwork.

Students tried to come up with constructive suggestions for the Concert Committee to streamline information and bring more transparency to its internal workings.

“A big part of our communicating with the student body is we don’t have a point of contact except for emails and meeting times, but yes I definitely think it’s an issue that we don’t really have a contact point, so we have thought about starting a Facebook page or setting up some online website to notify students of meeting times and changes,” Blachman said.

As other issues and experiences with the booking process were brought up, the meeting’s most productive element might have been fostering an exchange of information and clarifications between the Concert Committee and Rafferty from SALD.

“Lisa Rogers [the key figure in approving artist contracts] has been doing the job of about three people,” Rafferty said. “So I understand the complaints, but it can’t really be blamed on her because, again, she’s been overworked, and that might be what’s accounting for some of the backlog issues.”

In addition to questions about administrative impediments, students connected the past year’s struggles to cultivate a music scene with other recent challenges students have faced such as crackdowns on campus parties by Public Safety.

“Part of the issue is that ResLife changed their policy two years ago on program houses to make students adhere more to a program than being social spaces that doesn’t incentivize program houses to throw down,” Clare Zad ’19 said. “I don’t think we should think about the issues this year as mishaps or students dropping the ball, maybe I’m a conspiracy theorist, but it seems like there are very intentional policy changes to create bureaucratic obstacles, and part of our power is recognizing that that’s bullshit.”

Specifically, several students referred to the frustrations expressed at the town hall last week after Director of Residential Life Fran Koerting sent out an email threatening to relocate houses that go over capacity.

“Fran and the administration say they want to discourage students from throwing parties at program houses,” said Social Chair for Psi Upsilon Paul McLaren ’21. “But then the whole reason wood-frame houses start collapsing from over capacity is because program houses can’t have parties and then the administration is like ‘I don’t understand why this is happening,’ when in fact it’s the very policies they’re creating that are causing these issues. It’s laughable that we’re having these town halls and discussion, and it’s like if only the students would rise up and revolt, storm North College, and yell at people, then it would be fine.”

At the end of the meeting, Allison Hsu ’19 and Amy Geiger ’21, the Aural Wes representatives who moderated the town hall, turned the discussion to cultural changes that would be fueling the decline in on campus bands.

Other students similarly offered answers that brought attention to the way in which the importance of racial identities and genres that compose the music scene have become objects of awareness and criticism in recent years by the student body.

“We should try to rekindle an affinity for live music, but also we go to a predominantly white school and a predominantly white music scene, and that has become a meme,” Jordan White ’19 said. “If a lot of the people here wanted to start a bunch of bands and they were all white people, then a lot of people wouldn’t want to go and people are conscious of that, and that’s why people feel uncomfortable going to certain spaces…. And I don’t know how to fix that, but if we’re trying to get people excited about more of a live scene, then we have to think about that critically at every step.”

As the campus music scene, largely known for its indie-rock ethos, has declined in the past year, White highlighted the racial dynamics that could be underpinning that phenomena.

“It’s not just students of color feeling like, ‘I don’t feel comfortable at this space because I’m Black or whatever,’ but also the mostly white people who are playing mostly indie music are conscious of the fact that there is something problematic about that,” said White. “That’s been a huge shift directly in our time here; it became clear it’s not that chill to be that guy anymore. And I think that’s a lot of the reason why a lot of the bands when we were first here aren’t as active or have stopped playing or played lowkey, not in big shows.”

While the search to address these more nebulous cultural changes proved elusive, the town hall concluded on an optimistic note as Rafferty and other student group leaders decided to get in contact with one another to follow up on ideas proposed about streamlining communications and bureaucratic impediments to bookings.