Starting a Conversation: Transgender Athletes at Wes Speak Out 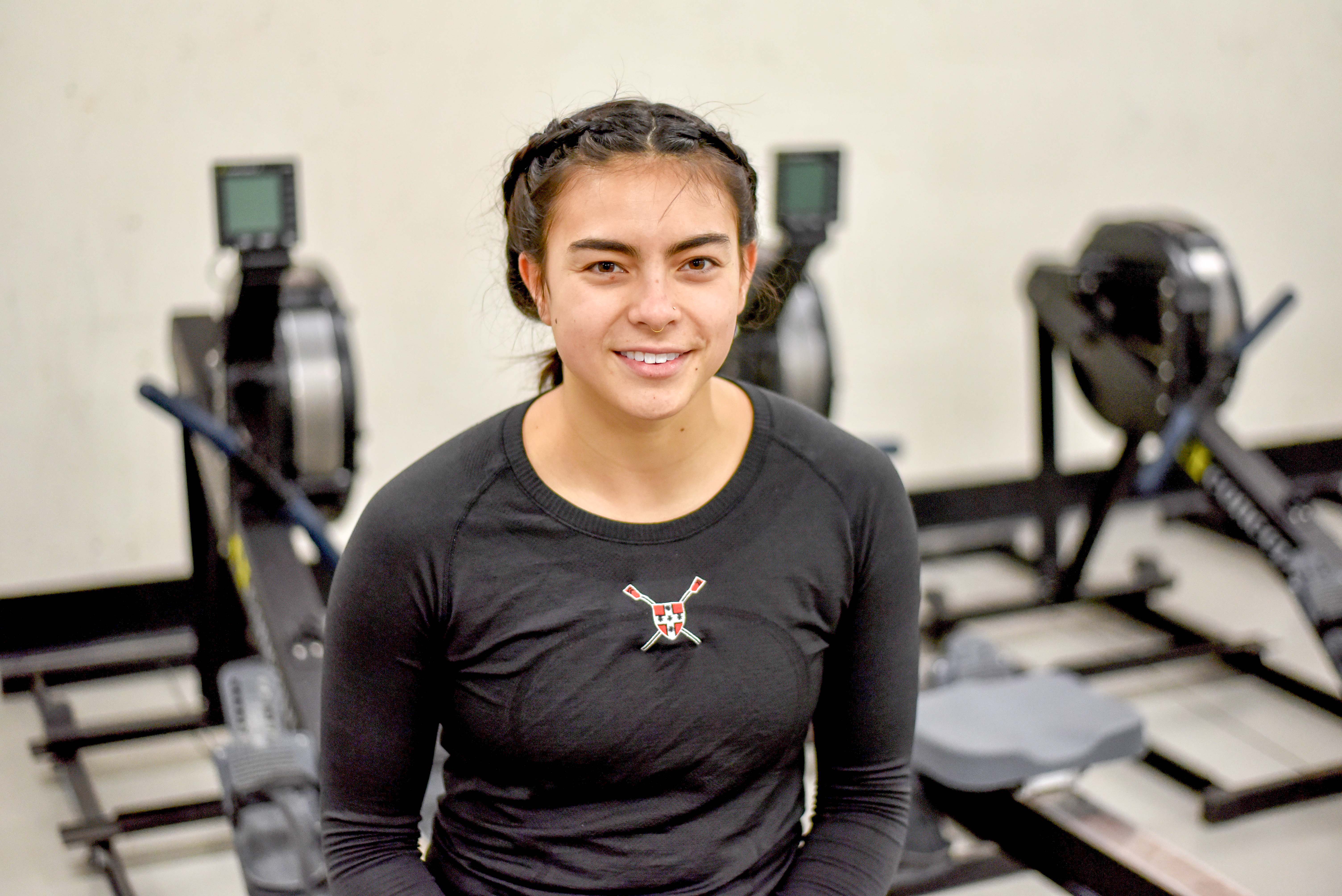 “How many of us can there be? I’m kind of surprised there aren’t more,” Sam Hill ’20 said.

Hill’s referring to the number of transgender athletes at Wesleyan. The experience of transgender college athletes is a subject that not many people, whether on the most liberal of liberal arts campus or in the professional sports world, seem to be talking about.

Hill, who identifies as trans masculine, has been a member of the women’s crew team since they transferred to Wesleyan their sophomore year.

“Coming to Wesleyan, I was pretty comfortable already, and was out….whatever that means….and was comfortable telling my teammates from the moment I got here,” Hill said. “They’ve been great. It might be because there’s such a large queer community on the team and on the campus, but I’ve never had any issues with the women’s crew team. Everyone’s been amazingly supportive. Even if I’ve had hard days, felt out of place, or dysphoric, my teammates have been there to support me.” 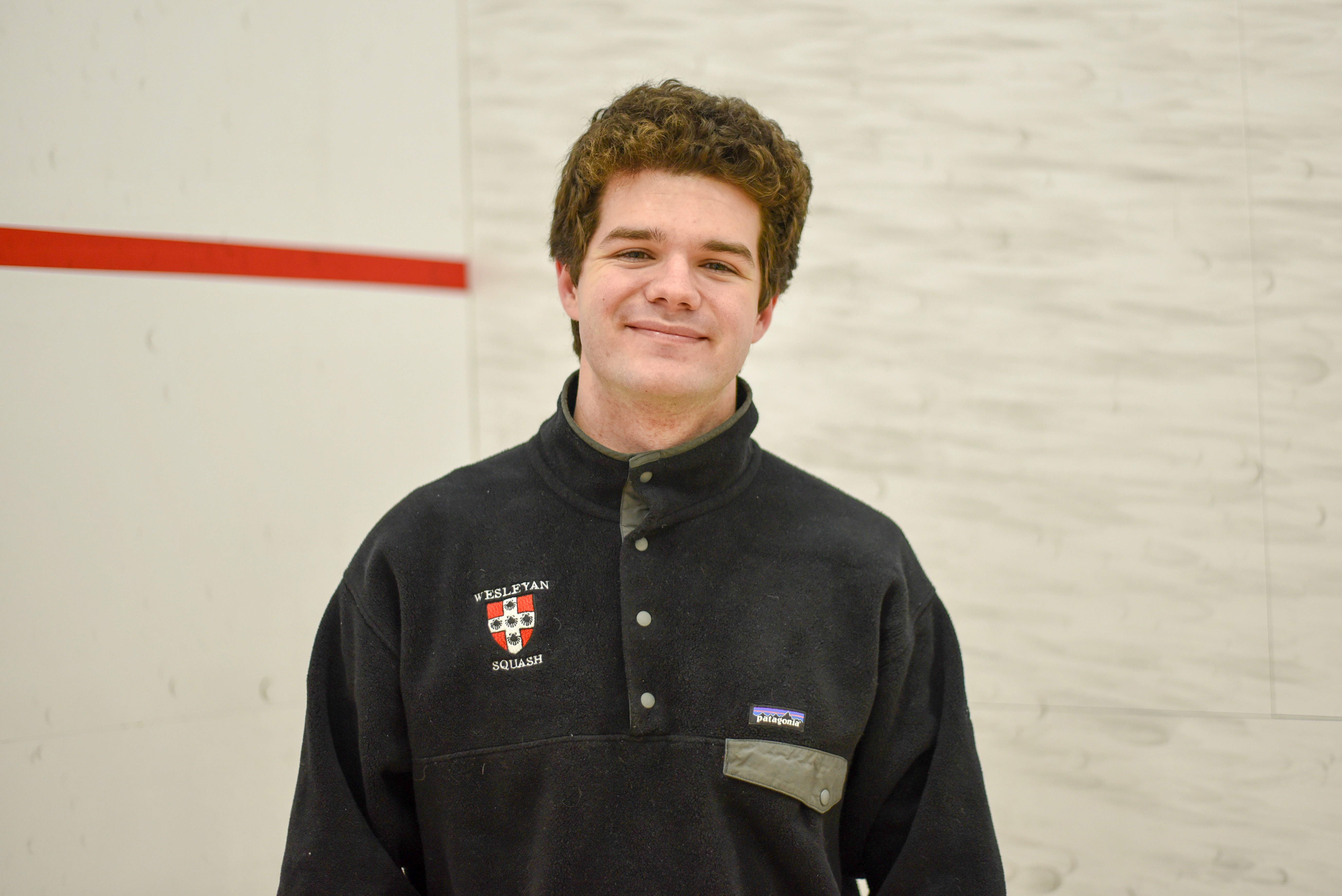 Johnny Hayes ’20, a genderfluid athlete on the men’s squash team, agreed with Hill’s sentiments. Hayes has played squash for Wesleyan since their freshman year; they chose to come to Wesleyan because they could be openly gay and still feel comfortable playing on a sports team.

After coming out as trans early this year, Hayes noted that they’ve received nothing but support from their coach, Shona Kerr, who is responsible for both the men’s and women’s squash teams.

“Without question, Shona has been an incredibly understanding and positive force in my life,” Hayes said of the teams’ head coach. “She’s been in my corner on a number of issues, and this is no different. I’m incredibly thankful that she has put in the time to learn with me as I slowly discovered—and am still discovering—myself in all of this. She’s made a real effort to change her vocabulary for me when addressing us as a whole, which has been amazing. For example, instead of referring to us as men, she’s switched to “men’s team,” which is what I’m a part of rather than what I am.”

“When they use the right pronouns, it settles over me with a warmth like love,” Hayes said. “It made the other stuff much more bearable.”

Despite the support both Hill and Hayes have received from their teammates at Wesleyan, they acknowledge the unique situation—and difficulty—of being a transgender athlete.

“I think it’s scary being trans anywhere, but especially in a sports community where it’s so body oriented and separated by gender,” Hill said. “Even if you don’t believe in binaries, they are reinforced over and over and over again by our locker rooms, our uniforms, and the names of our teams.”

Even with a welcoming team community, sports culture not only emphasizes, but also thrives on, these strict binaries. Divisions are prevalent on the court or field or in the water, where men’s and women’s teams often have different training exercises, practices, and even styles of play.

“The difference in play is mainly that the biologically born men are stronger and faster,” Kerr said, reflecting on the squash teams. “This can often be made up by a higher skill level by the women, and we have everything in between.” 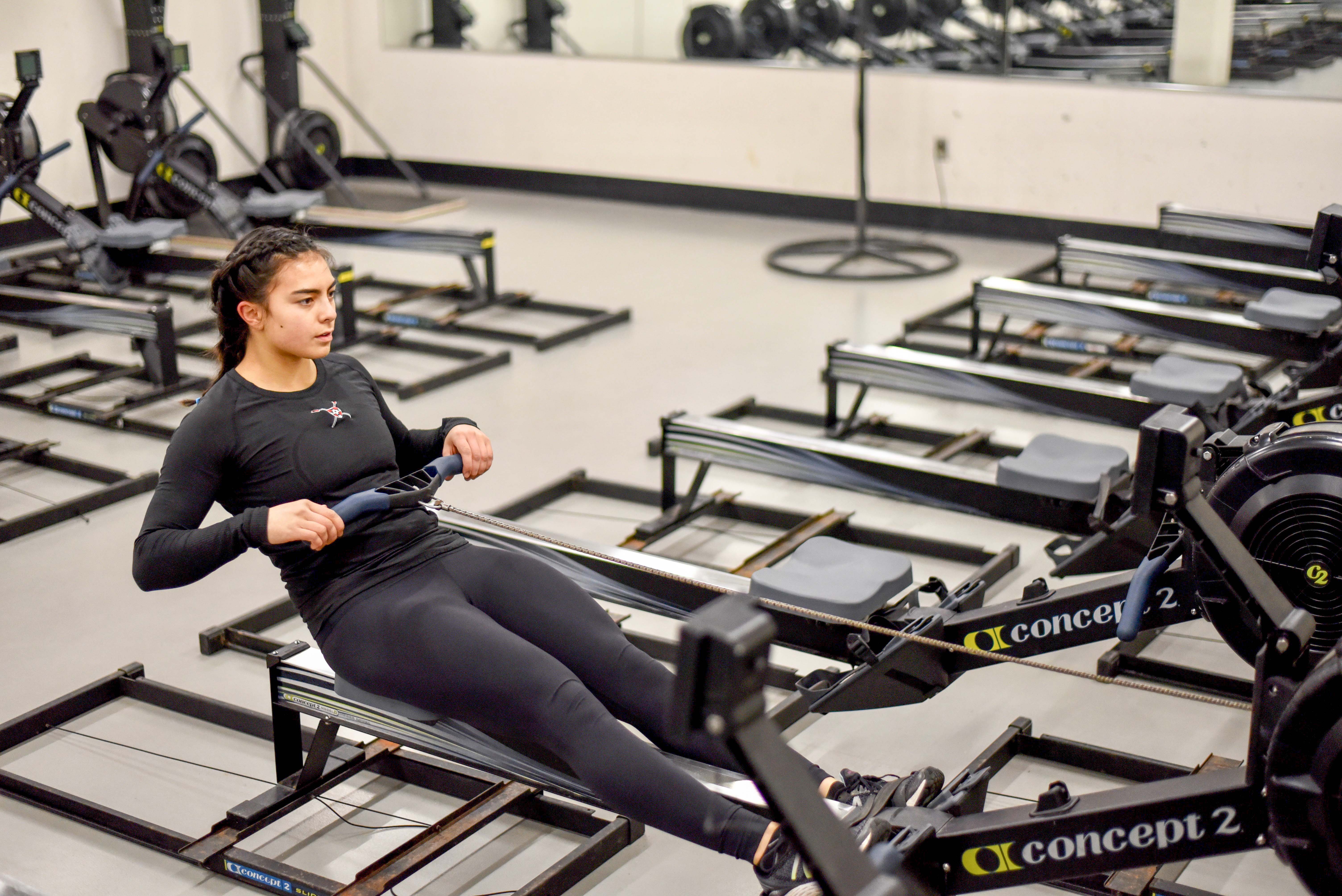 Sports culture also plays a hand in limiting conversation about a player’s identity. Hayes believes that the team culture to “leave it off the court”—ignoring personal problems when it’s game time—can be disruptive when players are struggling with personal issues.

“Although it can be therapeutic to use physical exercise when dealing with certain issues, when the sport itself is what causes discomfort, it becomes a non-starter,” Hayes said. “If I’m upset over some family drama, then I may hit a ball and feel better. The clear headspace may help me consider new solutions. But if the issue is that [a] coach has misgendered me…then doing a drill does nothing to ease that.”

This lack of conversation often brings tension to Hayes and Hill, who both believe active discussion can help bridge gaps between gendered sports culture and their own identities.

Yet the NCAA guidebook still focus heavily on hormones. Guidelines about when transgender athletes are allowed to play on certain teams rely on the use of or suppression of testosterone.

“A transgender male (female to male) student-athlete who has received a medical exception for, and is being treated with, testosterone for purposes of NCAA competition may compete on a men’s team, but is no longer eligible to compete on a women’s team without changing that team status to a mixed team,” the NCAA guidebook reads.

On the other hand, assigned-male-at-birth (AMAB) transgender women must wait until they have taken estrogen or testosterone suppression medication for a year until they can play on a women’s team. Student athletes who choose not to take hormones related to gender transition, regardless of gender identity, must play on teams in accordance with the sex they were assigned at birth.

Although these guidelines can be found online, Hill notes that their team didn’t receive specific information on transgender athletes during the NCAA meeting at the beginning of the year. This lack of conversation contributes to Hill’s worries about being a transgender athlete and interacting with other sports officials, leaders, or even students who aren’t informed.

“I think a lot of the fear of being a trans athlete on campus…is not knowing if my coaches, or the athletic trainers, or if people in sports on campus are educated,” Hill said. 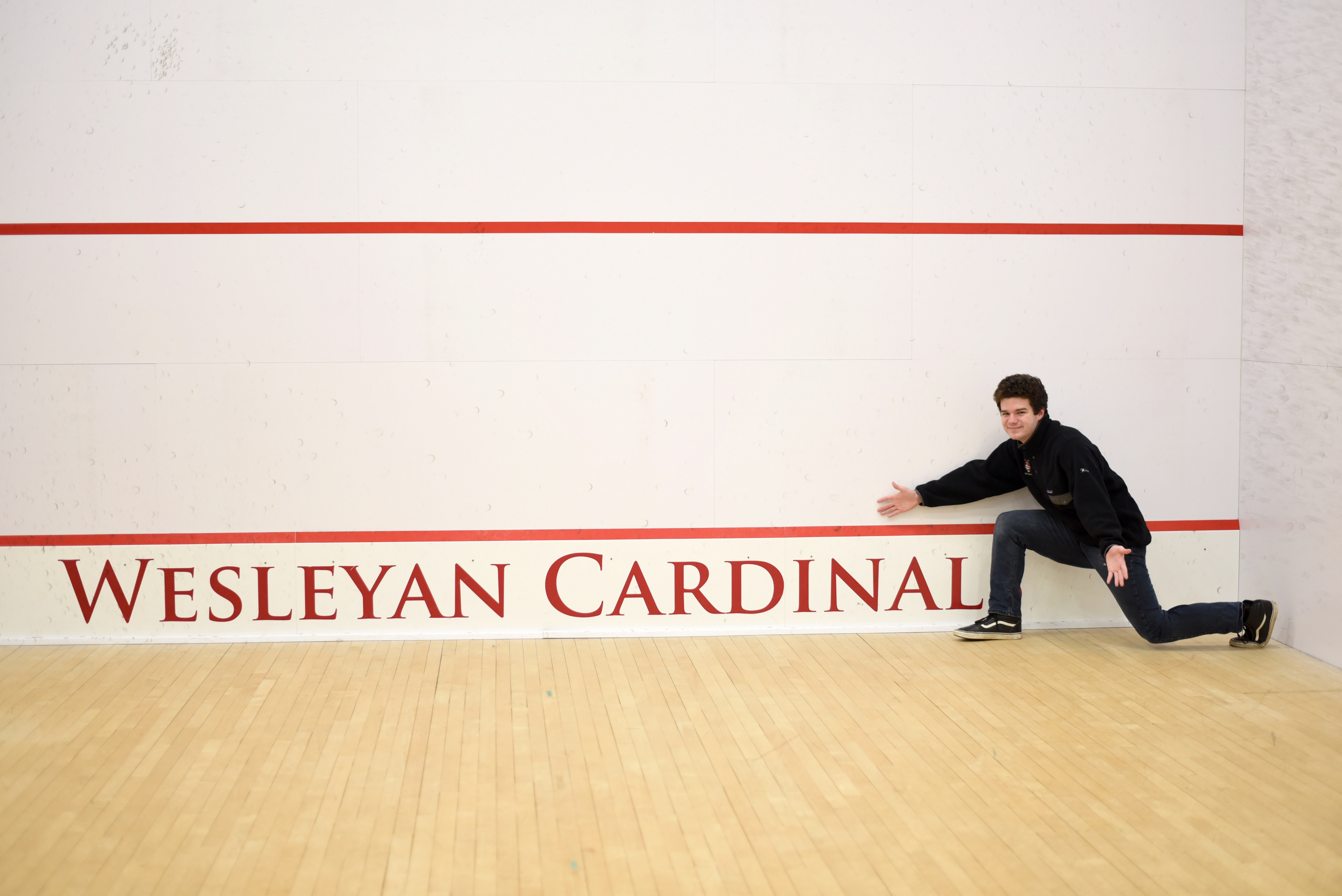 Hayes believes inclusion and education can come from open discussion. Outside of squash, Hayes is part of a formerly all-male a cappella group, the Wesleyan Spirits. Beginning this school year, the group has actively worked to have constructive conversations about not only group dynamics, but also personal issues.

“We try to make room so people can say their piece,” they said. “Groups of guys tend to talk over each other and interrupt, showing that real listening isn’t being done. In the Spirits, we have all made an effort to correct that when it occurs, which has made conversations about important subjects much easier.”

Hayes thinks this discussion method can be implemented in a sports environment to help educate and foster a community of respect; however, they admit it takes effort from all parties.

“We’d have to make space for these conversations to take place beyond simply saying they can,” Hayes said. “It would be a practice, something to work on. It would involve serious reflection, and people may have to swallow their entitlement.”

“Coaches who are sensitive to existence of trans athletes should be more vocal,” Hill said. “It normalizes it in the eyes of the athletes…. Conversations are the biggest tool even if there’s no solution.”