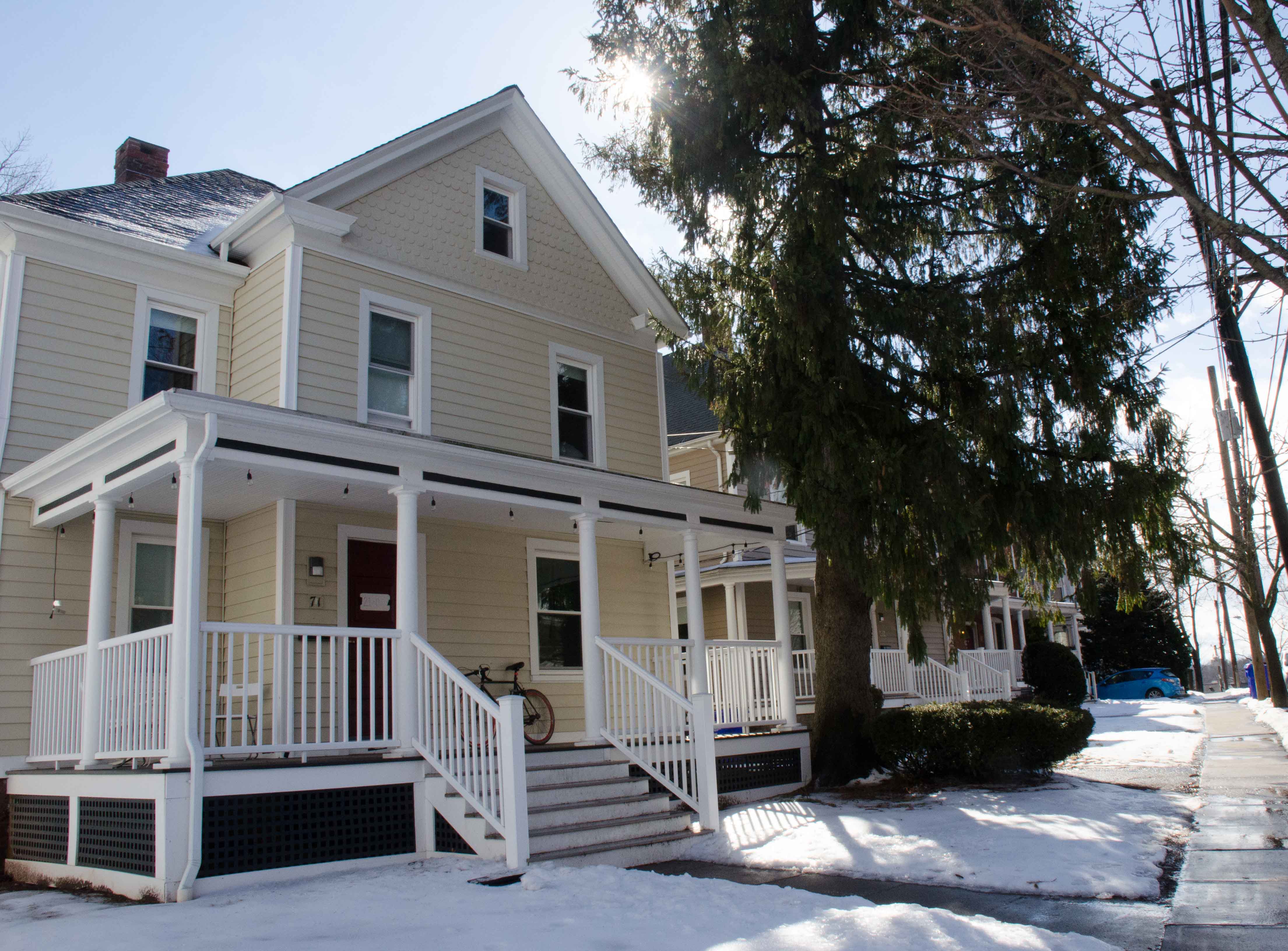 Yesterday, I had a really weird experience. Is weird the right word? Ever since coming to Wesleyan, I have had very few unpleasant encounters. I have always found my peers to be welcoming and kind, which is why this incident really surprised me. A few weeks ago, I received an email asking for volunteers for a Red Cross blood drive and I quickly signed up, eager to help others in any way I could. I arrived at my appointment on time and was soon in deep conversation with another student who was waiting with me.

“Where are you from?” she asked me.

“Mumbai,”  I replied without thinking.

The conversation continued without pause.

We talked about the usual stuff: our class year, potential majors, clubs, interests, etc. I was enjoying getting to know her when suddenly she very frankly asked me:

“So how do you know English so well?”

I remained silent for a few seconds as I processed her question. I was dumbfounded. What did she mean by this? Why wouldn’t I know English well? After a few seconds, I realized that she may have asked me this because I had told her that I wasn’t American. Evidently, she seemed unable to reconcile my brown skin and Indian accent with my knowledge of the English language.

“Well…English is my first language. I’m most comfortable in English,” I replied hesitantly, in a skeptical voice.

“Oh…that’s interesting. It’s just that you have a very different accent,” she said in a feeble tone.

When I recounted the incident to my friends they were enraged.

“Why didn’t you pop off on her?” they all asked.

I didn’t really know why I hadn’t reacted more aggressively. Even at the time, it was an offensive question. From where I was sitting, she had an accent, but I didn’t question her English abilities! In the moments that followed her invasive inquiry, my mind began spinning from the absurdity of it all. I couldn’t comprehend that someone at Wesleyan didn’t know that colonial history had made English one of the official languages of India.

I wish I could go back and calmly explain to the girl how she had insulted me. Because there were so many things wrong with the question she asked.

Earlier this semester, on a blustery January evening, I was presented with a dilemma. The wind was violent and the snow blinding as I made my way down High Street, trying desperately to hurry just the right amount. I did not want to fall, but I also did not want to dilly dally. Approaching the corner of High and Church, I squinted hard, hoping to decipher any vehicles that may have been careening down the road. When I spotted no cars through the powdery downpour, I felt for a moment like I might be in the clear. A classic corner-to-corner hypotenuse was just within reach, until I realized that instead of cars filling the road, there was…mail. Dozens of letters flew upwards in a tornado-like formation, fluttering over the intersection like the winged keys of “Harry Potter and the Sorcerer’s Stone.”

I nervously began crossing the street, my timidity due only in part to the layer of ice covering the road. Mostly I was confused, scared that as soon as I actually caught one of the dozens of pieces of mail flying in my face a pick-up truck would swerve around the bend, pull up next to me, and a man with a shotgun would shout at me an impassioned speech about Man’s Right to Privacy (TM). I wondered if it was a mistake, if someone’s mail had fallen out of their car, but I couldn’t quite imagine how, exactly, that could happen. An accidentally open window seemed unlikely in that weather, and if someone had left their mail on top of their car, it should have blown off as soon as the car moved, not in the middle of a busy intersection. I then imagined someone receiving their bills, becoming dismayed by their financial prospects, simply rolling down the window, and dropping the anxiety-inducing papers in a place they would never return to. Maybe this way their troubles would remain in the intersection. Not wanting to interfere with fate, I let the mail dance around me and walked across the rest of the street with intentional (and might I add convincing) nonchalance.

Days later, mail still littered the sidewalk surrounding the intersection. Over the past few weeks, it has slowly but surely disappeared. The magazines on the northwest corner were the first to go. The bills in front of the religion department were next to vanish. Finally, last week, the Citibank-sponsored calendar, at last uncovered when the weather grew warmer, passed on and joined the rest.