Dean Louise Brown Retires After More Than 20 Years at Wesleyan 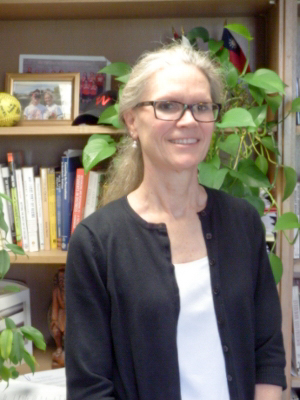 Dean for Academic Advancement Louise Brown will retire this summer after nearly 20 years at Wesleyan. Brown came to Wesleyan from Connecticut College in 1995, assuming the position of class dean. As a class dean, Brown has helped students in a variety of ways, serving as a resource for information and advice on topics such as creating a balanced course schedule, choosing a major, and completing general education and graduation requirements. Throughout her time at Wesleyan, Brown has also spearheaded a number of successful projects and programs.

“Dean Brown has supported generations of students as they move toward graduation, helping them to resolve problems large and small, and cheering louder than anyone when they successfully earn their Wesleyan degree,” Vice President for Student Affairs Mike Whaley wrote in a campus-wide email announcing Brown’s scheduled departure this summer.

During her first years as a Wesleyan dean, Brown was assigned to a specific grade level, as students moved from dean to dean each year. The dean system has since been modified so that deans serve a single class year until their graduation. In this system, Brown has served as the dean for four class years: 2009, 2013, 2017, and 2021.

Brown led several initiatives as a class dean, including the creation of a class council in 2011, which set up social events to promote intraclass unity among the students of the 2013 graduating class. She also helped to create a website where study abroad students could check in with their classmates and share photos of their experiences.

In 2008, Brown was named Dean for Academic Advancement, a role she filled in addition to her role as a class dean. As Dean for Academic Advancement, she supervised all class deans, as well as the Associate Dean for Student Academic Resources and the Associate Dean for International Student Affairs. During her decade-long tenure, Brown has expanded academic resources and helped to create new programs for students.

“[Brown] has both witnessed and initiated many changes over her long tenure at Wesleyan, especially those that help students think through and navigate their educational pathways,” Whaley wrote.

One of these initiatives was the creation of the University’s Living and Learning Program, which allows first-year students to live amongst other students all taking the same course from a set list. The program has been an incredible success since its implementation ten years ago, attracting dozens of first-years each fall.

Outside of academics, Dean Brown is known for her musical talents. She is the singer for “Smokin’ Lilies,” formerly the “Busted Roses,” a faculty-staff band that has performed at several University events, including the annual MASH. Other band members include John E. Andrus Professor of Sociology, Emeritus Rob Rosenthal and Environmental Studies Chair and Director of the College of Environment Barry Chernoff, with an occasional guest appearance by President Roth ’78. Brown is also an avid gardener, known for her love of roses.

Upon Brown’s retirement, Associate Dean for Student Academic Resources Laura Patey will be promoted to Dean of Academic Advancement.