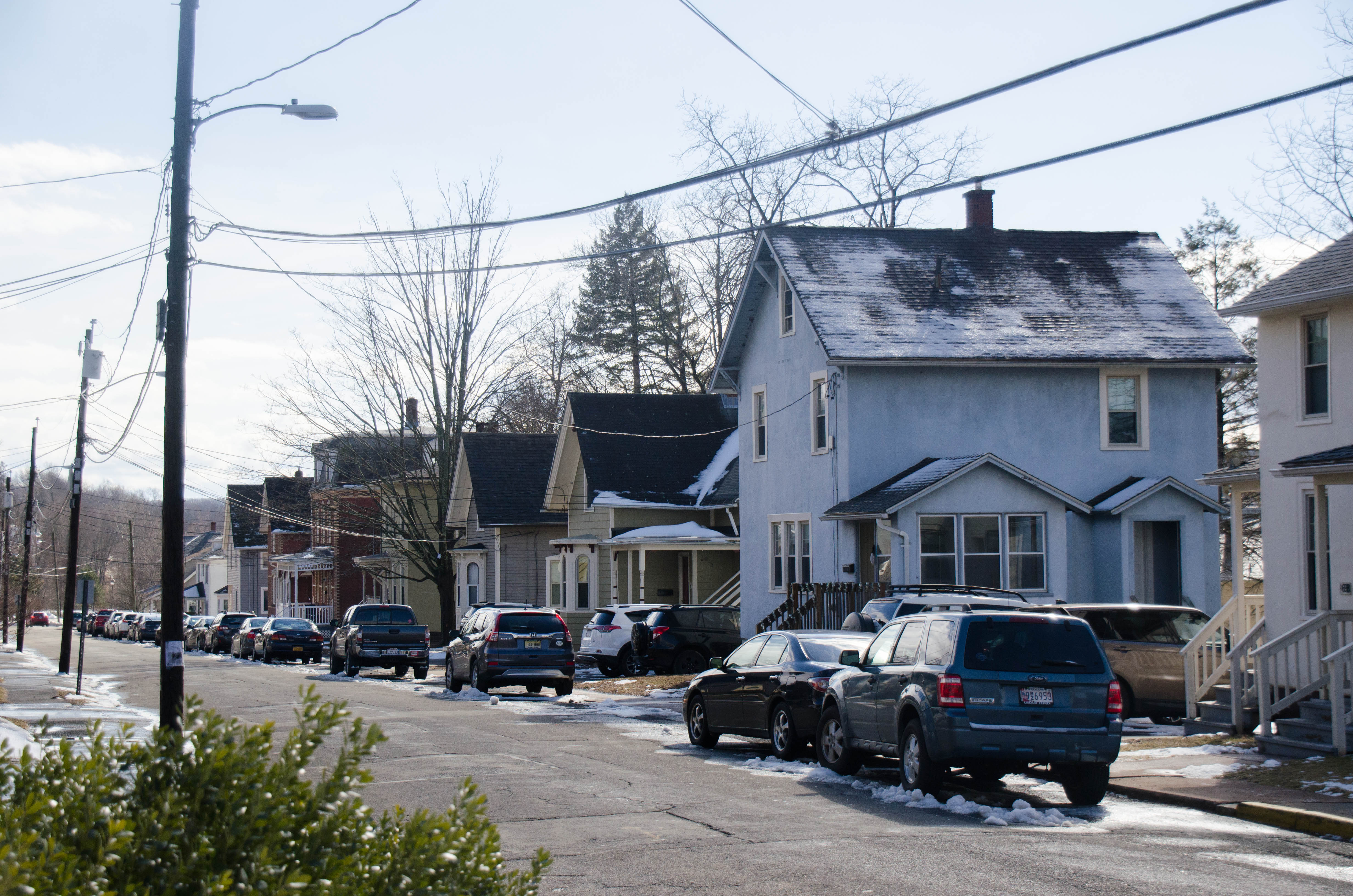 On Monday, Feb. 18, the Office of Residential Life (ResLife) held a town hall for wood-frame residents to address concerns about a new policy announced early last week. Following an email from Director of Residential Life Fran Koerting announcing that students whose houses are found to be overcapacity could be subject to immediate relocation, students and alumni raised concerns over the structural integrity of wood frames and the severity of the newly implemented consequences for residents. While no students have been relocated since Koerting’s email, residents of a damaged house have been order to pay fines of up to $500 each.

Koerting opened the town hall by giving attendees a brief history of damage-related incidents at Wesleyan.

“In 2013-2014, we had several residences where we had floors collapse,” Koerting explained. “When we say floors collapsing, we really mean the floor joists break and the floor becomes saggy and very soft. We’re very lucky that we haven’t had total collapses and students haven’t fallen through those floors.”

According to Koerting, much of Wesleyan’s concern stemmed from similar issues at other schools that resulted in extreme property damage and injuries, such as a complete floor collapse during Clemson University’s 2018 homecoming weekend that left 30 people injured. A similar collapse occurred at the University of North Texas in 2017.

After the incidents that occurred in the 2013-2014 school year, Wesleyan decided to implement safety measures to regulate capacity and prevent damage or injuries.

“We wanted to make sure we were keeping our wood frames safe, and we worked with the fire department that summer to determine what a safe capacity was for each of the houses based on the fire code capacity calculations,” Koerting said. “Those numbers were all posted in the houses.”

Facilities Project Manager Mike Rosalie explained that those numbers were calculated based on the square footage of “common areas,” which excludes bedrooms, bathrooms, hallways, and most kitchens. This process explains why a five-bedroom house may have a total capacity as low as 20 people.

“We investigate the floors of the wood frames at 40 pounds per square foot, as specified as a residence,” Rosalie said. “We work with our local JHA, which is the fire marshal, to establish a safe square footage per occupant, which is 15 square feet per occupant.”

After the introduction from Koerting and Rosalie, Senior & Program Housing Area Coordinator Stephanie Lewis opened up the floor to questions and comments from attendees. From the beginning of this period, it became clear that one of students’ biggest concerns was the ability to hold social gatherings without risking the possibility of relocation.

“On a couple different levels, there’s no real place to gather,” Dante DeSario ’19 said. “For our houses, we’re not allowed over a certain amount of people in the house, but on the other side, we can’t live off campus. We’re forced into a situation where there’s no answer. I’m not even arguing with whether we should be punished for being overcapacity. There should be a punishment for having too many people in the house, but that punishment should not be eviction.”

In response to these concerns, Lewis and Koerting suggested several alternative social gathering spaces, such as Beckham Hall. Students, however, did not see this as a viable alternative to senior houses.

“I think a key thing that I’ve noticed when I’m looking at spaces on campus that are available for us to use and those that aren’t is an idea between student spaces and institutional spaces,” Kinsey Yost ’19 said. “We live here on campus, and so often times we’re still young people, we’re looking for a space of our own. Since we are required to live on campus, the wood frames are becoming those spaces since program houses have been limited since 2016…. With the processes involved, along with it being on the complete opposite side of campus and the fact that it’s often used for reunions, [Beckham Hall] is viewed as an institutional space.” 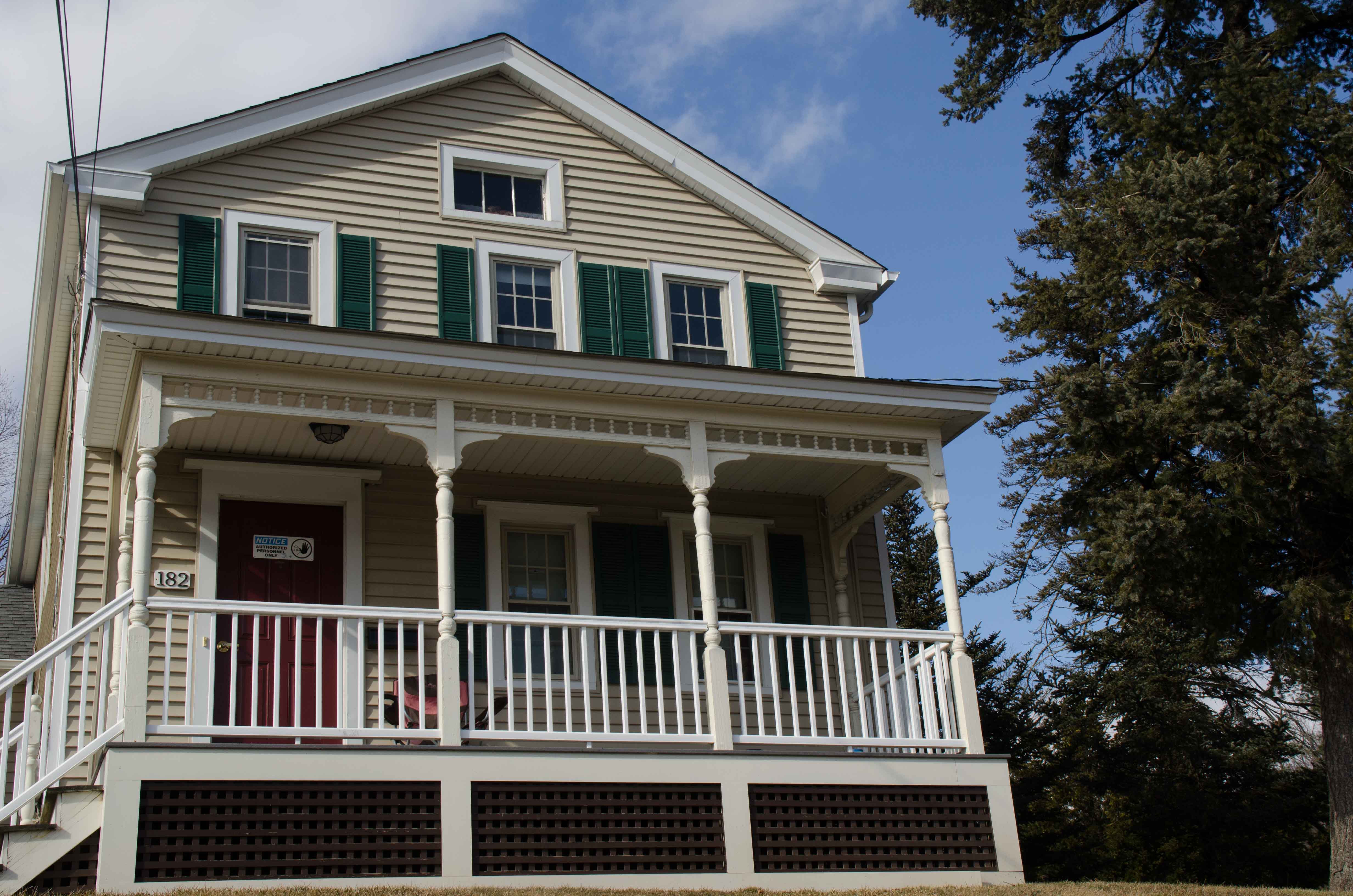 Students argued that the wood frames are an essential part of the Wesleyan social scene—since, in 2016, the administration limited concerts hosted in program houses in order to prevent damage—and that wood-frame residents should be allowed to host parties. Koerting insisted that she was not against seniors having parties in their homes, as long as they did not exceed capacity. She went on to state that in previous years, students had found fire capacity limits helpful in order to deter underclassmen from their parties. However, Betty McGhee ’19 believes that deterring underclassmen is not the goal of seniors.

“Seniors don’t dislike hanging out with freshmen and sophomores,” McGhee said. “That’s not the huge focus, to keep the underclassmen away. I think the beautiful thing about Wesleyan is how much grades mingle…. What’s so great about senior house parties is that they are entirely unaffiliated with anything. They’re just people hanging out and listening to the music they want to listen to and there’s no greater power dictating what kind of party it is: It’s just a gathering. I think the ultimate question is: How can seniors throw parties with more people and make it safe and reasonable, so that it doesn’t get out of control, but still maintain that?… Because we can only live in Wesleyan houses—there’s nowhere else to go.”

Koerting suggested that if seniors want to keep their houses safe, they should register their parties with the Office of Residential Life and call Public Safety if anything gets out of control. Although relying on Public Safety is an option for many students, Brianna Thurman ’19 believes that Public Safety [PSafe] is not always a good resource for students of color.

Ultimately, aside from each students’ unique concerns, everyone at the town hall seemed to have one major question: Why is this happening now?

“I’m a little confused that overcapacity is being presented as this new issue, and I think that if I can speak on behalf of everyone, since freshman year the wood-frame houses have been almost the center of social life at Wesleyan,” Lauren Goetzman ’19 said. “Last week, we had a party on Fountain, and it was me and one other person that were home, and we were hosting the party and it was impossible to control the people that were coming into our home. We were charged for reckless endangerment after jumping through all of the hoops that [ResLife] made us do: We registered our party, we provided wristbands, we made sure everyone who was under 21 had them, and there was nothing that I would say we did to endanger our community. So, I’m honestly at a loss for words at what we’re supposed to do at that point to deal with overcapacity.”

“I just don’t know what’s different from other years,” Runsdorf said. “Registering had never been a thing. People who graduated three years ago, our freshman year, this was not a thing. PSafe being this strict and charging for reckless endangerment was never a thing. So I’m just curious, what changed? Why is it so strict this year compared to other years? What caused that, because the floors collapsing is one thing, but that doesn’t make sense for every [change].”

Koerting responded that there haven’t been any policy or rule changes regarding overcapacity gatherings.

Following this town hall, the Office of Residential Life is looking to explore new opportunities to provide students with social spaces. Koerting says she welcomes suggestions from anyone in the Wesleyan community.