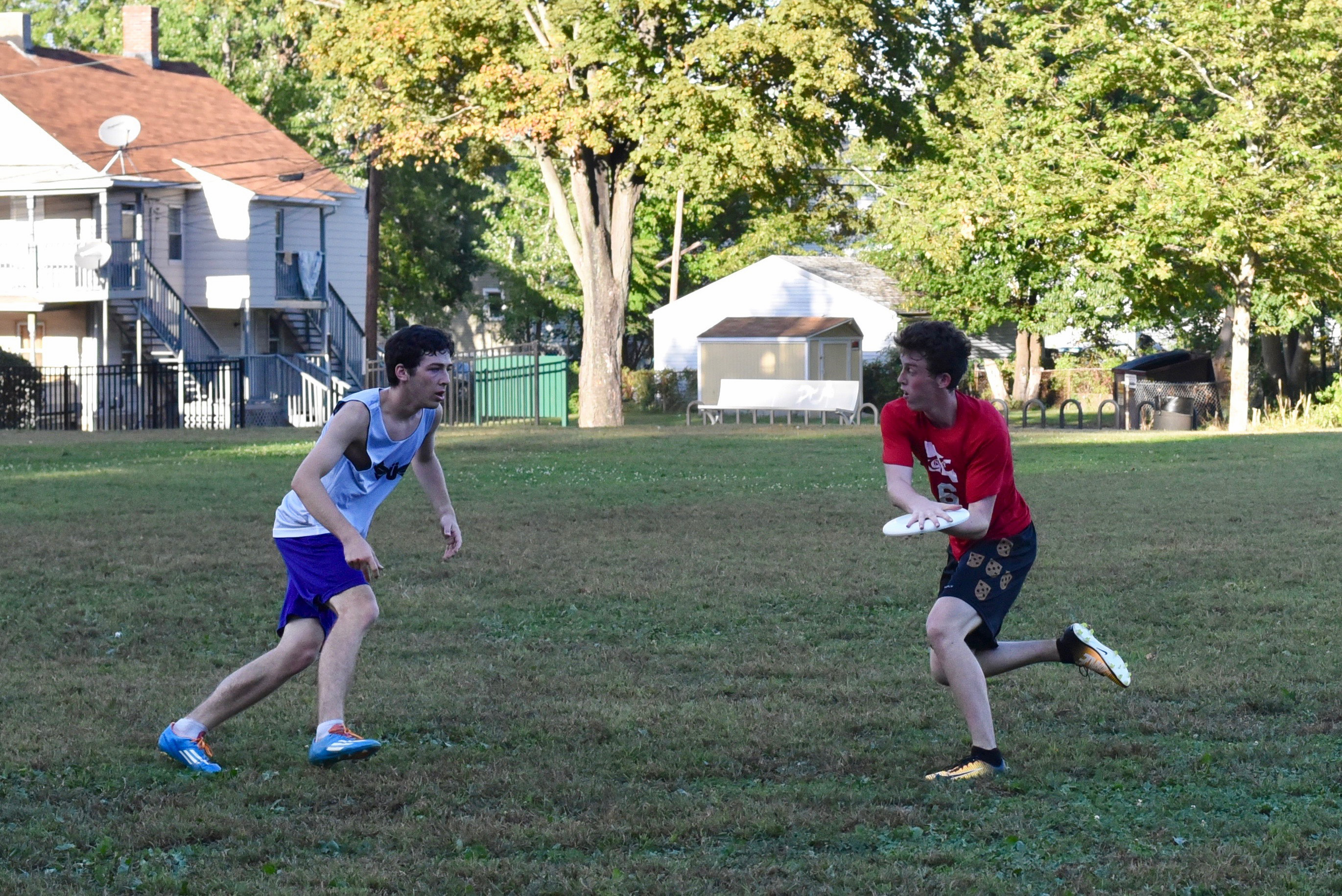 Ultimate Frisbee is the prototypical college sport. Practically every college advertises their lawn or quad as the perfect place to toss a Frisbee with friends. Wesleyan is no different; if you walk by Foss or Andrus Field on a warm day in the fall or spring, chances are high that you will find at least one Frisbee flying. However, for thousands of students around the country and around 100 at Wesleyan, “Ultimate” is much more than just casually tossing a disc.

Nearly every university has an Ultimate team. Many vary in levels of commitment and expectation, from teams like the University of Pittsburgh’s which practices like a varsity sport, to teams at small liberal arts schools that are composed of groups of friends who just want to have fun at tournaments. This is an example of some of the gaps between levels of competitive ultimate, where the governing body for the sport, USA Ultimate, organizes Division I and Division III Ultimate.

Wesleyan is not lacking in Ultimate teams. We are a unique school in many ways, but especially in our array of Ultimate offerings: a team for male-identifying players (Nietzsch Factor), a team for female-identifying players (Vicious Circles), and a mixed-gender team (Throw Culture). This gives the prospective Ultimate player a wide range of options and opportunities to find the team that is best for them.

Despite all playing the same sport, the teams are separate entities and communities. The relationship among the teams is one that is getting stronger each year through conscious efforts. For several years, Nietzsch Factor (NF) was an unfriendly environment, one focused solely on competition. Its team members and captains expressed frustration about this team dynamic. 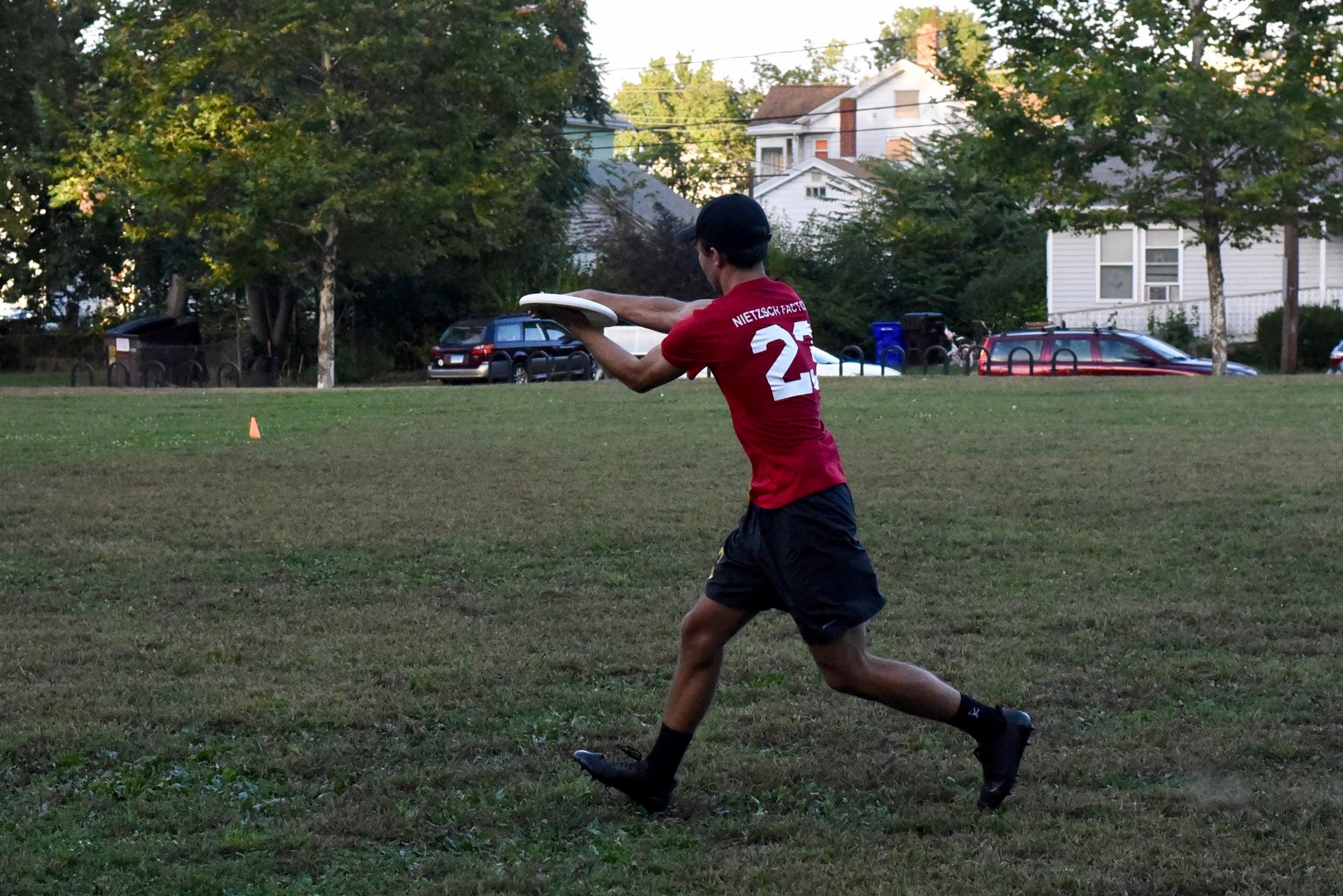 A captain of NF, Finn Collom ’20 is well aware of the tensions surrounding the group.

“As a men’s sports team, I think NF needs to take particular care to consider how historically, the space we occupy has often been rife with misogynistic, transphobic, and otherwise bigoted language and actions,” Collom said.

Efforts have been made from NF’s leadership to create a more welcoming space on campus, one that now has positive relationships with the other teams. Captains from Throw Culture (Throw), and Vicious Circles (Vish), both agreed that the relationships between the teams are better now than they once were.

Rebecca Goldfarb Terry ’19 and Selene Canter ’19, co-captains of Throw, explained how they have worked to foster relationships with Vish. The two teams co-led a clinic for female-identifying players in the fall semester and plan to hold another one this spring. They hope programs like the clinic will provide options for female-identifying players to explore both teams.

This touches on issues being addressed by the larger Ultimate community, most notably the issue of gender equity.

“Frisbee is branded as kind of a ‘woke’ sport on its face, in large part because of its association with liberal arts universities, but we shouldn’t take that as a pass to not confront and weaponize our privilege towards aims of equity and inclusion,” Collom said.

“Sometimes I think we take it for granted that we are all on the same page, but we should still have these conversations,” Jamrog said.

Efforts to have these conversations have begun on Throw, whose mixed-gender community makes these issues more prevalent. For many players, the environment that Throw cultivates is one of the primary reasons many of their players choose to play on the team.

As a mixed-gender team, it is also a community where these issues arise most often on the field. When new players come to Ultimate, their throwing skills are often not at the same level as veterans. In a scrimmage-heavy environment like Throw, male players are likely to ignore their female players and pass only to other males. These type of playing opportunities can often be intimidating to new players, but the captains have made a concerted effort in the last few years to implement more drills and skill-building time on the field while not taking away from the fun, scrimmage-based practices.

Ultimate at Wesleyan provides a wonderful community for all interested students; however, Ultimate communities are not perfect ones, and gender inequalities, which infect so many parts of our society, also impact Ultimate communities. Steps are being taken within and among Wesleyan’s teams to combat these issues on the field and in team communities.

Emilio Weber is a member of Nietzsch Factor and in his third year on the team. He can be reached at ejweber@wesleyan.edu or on twitter @ej_webs.