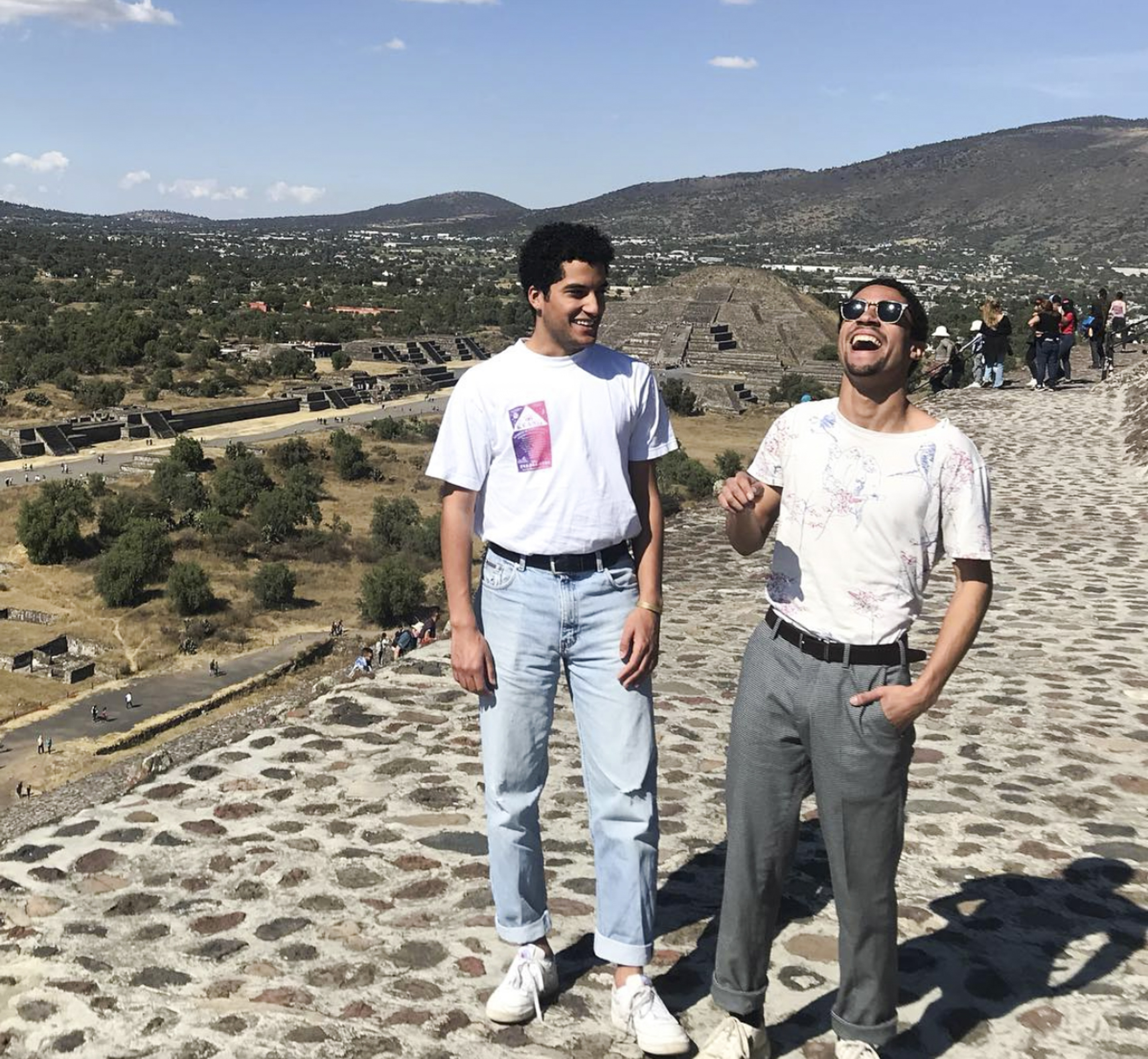 The Argus: What’s the story of your relationship? When did you all meet?

Paul McLaren: Well, we met at The Ankh…right?

Campbell Silverstein: Funny story, I don’t think I’ve told you this. The first time I ever saw you was in Admissions because I worked in Admissions and was here over Orientation. Paul’s a sophomore, and I’m a senior, so he was a freshman when I was a junior. He went into Admissions because there was a panel for jobs in Admissions, and I was working the front desk. I was like, “Oh, he’s cute.” But we didn’t officially meet until the Ankh meeting…

TA: What’s the best memory you guys have together?

CS: Well, we just went to Mexico City together. There were some ups and downs…but what was the best thing we did?

CS: But we didn’t ever have it at the same time.

CS: It was definitely a bonding experience…

TA: What’s your favorite thing about each other?

PM: I love how Campbell is always on his phone. It’s so great…. Actually, I know Campbell’s favorite thing about me is my sense of humor.

TA: Would you actually say that?

CS: I would not say that…

PM: Are you kidding me??…. My favorite thing about Campbell, genuinely, is his easygoingness. He’s stable. I have a very active mind and active life all the time, and Campbell is like my floating lily pad.

CS: I do nothing basically.

CS: My favorite thing about Paul is that he’s very driven. I’m always in awe of the things you’re trying to push yourself to do because, maybe this goes back to what you were saying about me. I’m not saying I’m not ambitious, but as a sophomore, I was not thinking about all the things I wanted to do outside of school, which I think is really cool.

PM: Awe, babe :) Don’t write that. That’s not my sense of humor. Next question.

TA: Do you have any Valentine’s plans?

CS: It’s not bougie, it’s like a nice dinner for Valentine’s Day.

TA: So, you all are both from New York…

PM: Well, Campbell is from Hasting, which is outside of New York, but I’m actually from New York.

TA: Oh, is there a tension with that?

CS: No! Because it’s not wrong…. We’ve just gotten in fights before, and maybe ask your readers this. Or I can pose the question. If you’re from New York and you are not from The City, are you still technically a New Yorker?…. He says no.

PM: If you’re from Buffalo, you’re not a New Yorker…. Being a New Yorker is a very specific lifestyle. 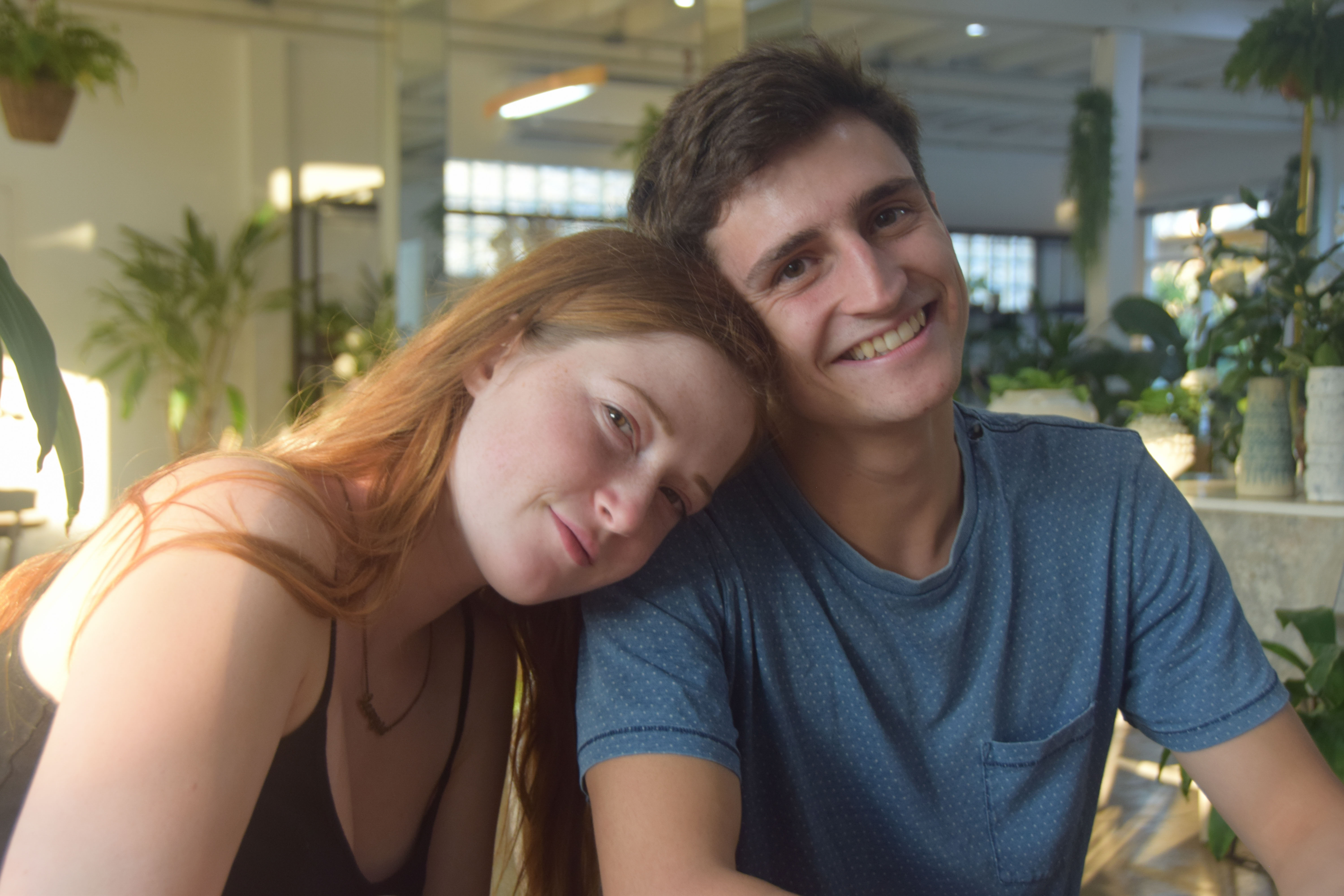 The Argus: So you have a coveted spot as an Argus Dynamic Duo this year. What’s that like?

Lauren Davidson: I didn’t really realize we were a known couple, but I guess there was that one Wes Crushes post about us. I was surprised that you emailed. Exciting though!

TA: How did you guys meet?

Isaac Liebler: We met at WesFest, the spring before freshman year, and we hung out with each other for a night, but then on the third day of orientation we ran into each other again.

LD: I had found a couple of friends and Isaac had gotten really close with his roommate. It was the second or third day, so we just had our little groups. We joined forces and were really, really close for the first few months of freshman year, but we started hooking up/dating about three weeks into the school year.

TA: How did you guys transition into dating?

LD: I was dating someone in high school and we broke up the day before I got to Wesleyan, so I wasn’t looking for anything at all. When we started hooking up, even though we both really liked each other, I was like, “No, we can’t put a label on it whatsoever.” We were immediately exclusive and basically dating, I just refused to let us call it that. We did the whole “I love you” thing in November, and then I think we officially started dating December 3. We decided that since we had been so weird about the whole thing, we wanted to decide what our anniversary date would be. We planned this whole fake New Years on December 18 in the city, since we weren’t going to be together, we decided to do gross, touristy things. We went to Times Square and were like, “Oh, it’s the ball!” That was our fake first anniversary thing.

TA: What’s something that you really appreciate about the other person that you think makes you work as a couple?

IL: We are very good at reading each other, how we’re feeling, and in bigger social situations. We’re good at understanding what’s up with the other person.

LD: Isaac’s really funny and he’s really good at adjusting the type of humor he uses to how I’m doing and in ways that are always really helpful and nice, but he also turns it off when it needs to be turned off or adapted to the situation we’re in.

TA: Do you have any relationship advice for other Wesleyan students?

LD: No, we’re so weird honestly, I don’t think anyone could also do the the things we do and…I don’t know.

LD: And you’re right that being able to read each other is really important for us. We’ve always been really vocal about what’s going on in our heads, and if one person makes a joke that crosses a line, the other person will immediately be like “No, don’t do that” and then we have that for the future.

IL: We are going to go out for an early dinner, and then she is going to go write CSS paper. I’m a Gov. major, so we have that in common.

TA: What are some of your other commonalities?

IL: We have quite a bit in common as well as political ongoings, obviously, with CSS and Gov. I’m very into comedy, and though it’s not her passion to do it, she’s definitely interested in it, and we can engage with it together.

LD: We also just finished listening to this Harry Potter podcast we got super into over break. It’s called Binge Mode.

IL: I also just started showing her Game of Thrones after that.

TA: Who is your favorite Harry Potter couple?

IL: Oh, Harry and Ginny. We went as them for Halloween last year.

TA: Who is your favorite Game of Thrones couple?

LD:…It’s just hard. The relationships are all a little bit too problematic for us to compare ourselves to. 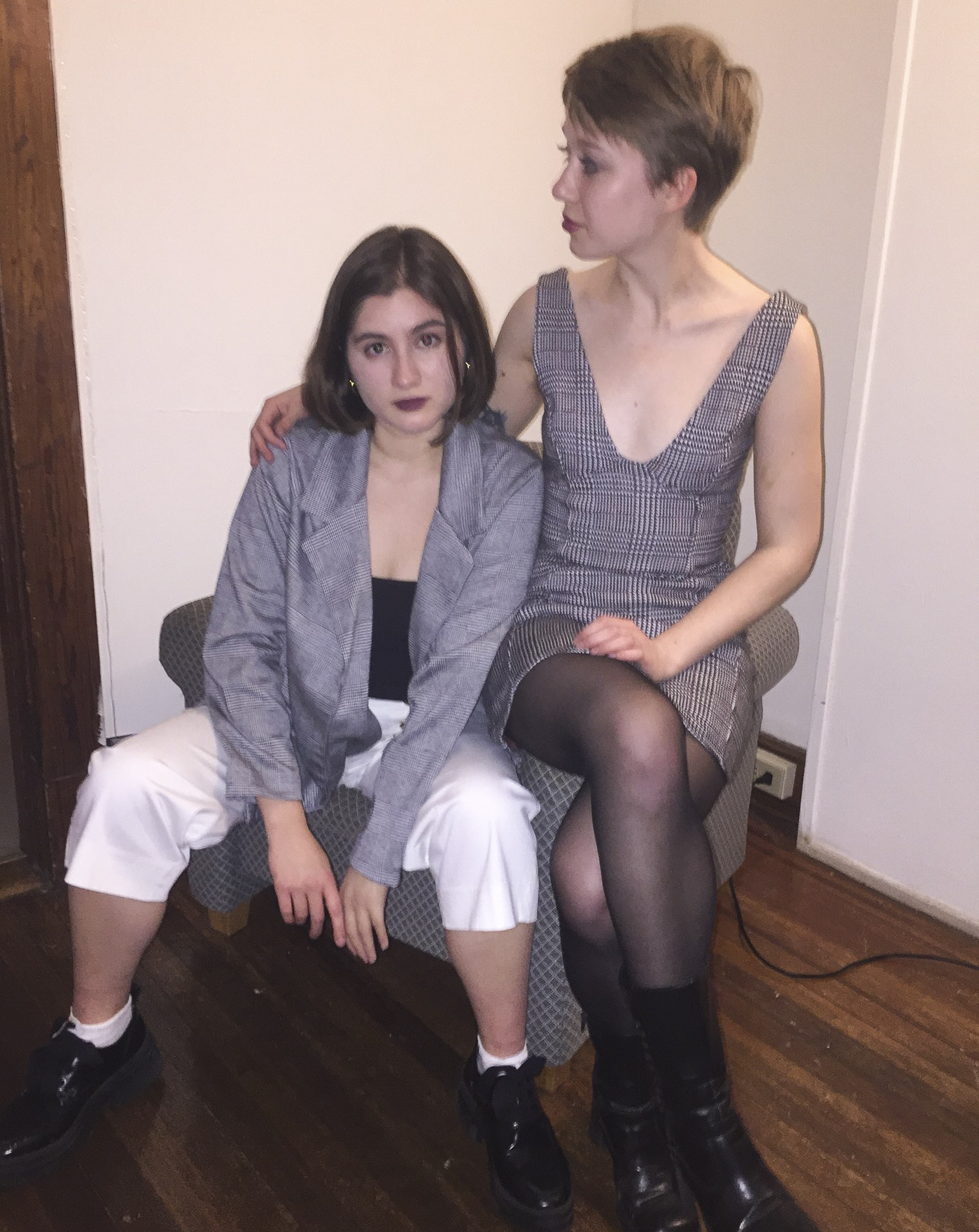 The Argus: How did you guys meet?

Isabel Bartholomew: We knew each other peripherally last year, but we matched on Tinder and then ran into each other at a party, and then Liv just threw herself at me.

Liv Ryan: No, that’s actually not what happened…. Isabel had given me her number, and so I came up to her and I said, “I’ve been thinking about what to text you all day,” and she grabbed my phone and texted herself, “Hey cutie.” It was a move, and then we just immediately left.

IB: It was pretty unchill.

IB: We didn’t formally start dating until December, and the party was in September.

TA: Can you tell me about a memory you have together that sums up your relationship?

IB: We saw “A Star is Born” in theater, and it was, at least for me, deeply upsetting.

LR: When later on, Isabel would drop me off at my house from her car, we would do the thing when Bradley Cooper rolls down the window and Lady Gaga turns around and he’s like, “Hey” and she’s like “What?” It’s when he drops her off after their first long night together, and he realizes she’s really talented and he wants to work with her.

TA: Did you feel that they were a good couple?

IB: Although, if it comes down to it, Liv is the rising talent and I am the washed-up rock star.

TA: Do you have any advice on what keeps a relationship good?

IB: I like how Liv smells. She asks really good questions, and she’s very interested in the world and other people.

LR: I think Isabel is a really good listener, and she really makes sure that the people around her feel listened to, which is an important distinction. She’s also the biggest goofball and my love.

TA: (to Liv) Do you have any questions you want to ask Isabel?

LR: She really talked a big game…. Do you feel like there was a moment when it started being less of “we’re going to posture for each other and try to be cool” and dipped more into…

LR: Being real, at least.

IB: That’s such a good question. I think it was probably when while I was sick and you were taking care of me. I felt kind of gross and unappealing and like I couldn’t try too hard, but you still wanted to hang out with me. That was a big relief. What about you?

LR: When you just became open with your physical comedy.

IB: What’s an example of my physical comedy?

LR: There are so many things. Sometimes someone will call Isabel’s name and she’ll do a double-take and run. Just doing voices.

IB: We got called out the other night for exclusively talking to each other in Russian accents. I felt very exposed.