The Good Place’s Third Season Is Its Best Yet 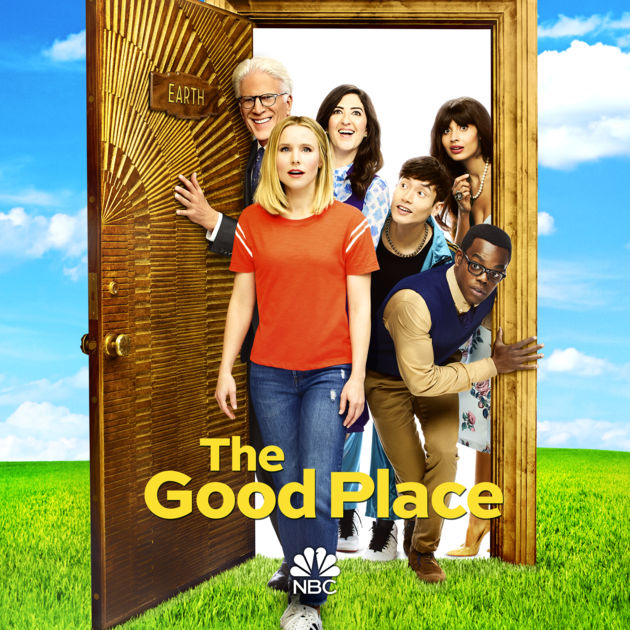 Chapter 39 (Pandemonium) of “The Good Place,” which aired on Jan. 24, capped off the show’s third and most successful season yet, showcasing its most effective experiment with an innovative yet accessible style of philosophical situational-comedy set in the afterlife. Split up into chapters, “The Good Place” can be seen as the epic novel of television as well as its creator, Michael Shur’s most ambitious project yet.

For Shur, who created “The Office,” “Parks and Recreation,” and “Brooklyn Nine-Nine” and has reveled in the mundane workplace sitcom, the fantastical setting of “The Good Place,” which switches between the afterlife and earth, was somewhat of an unorthodox departure from the rest of his body of work. However, the characters that inhabit the philosophically charged world of “The Good Place” are fully contiguous with the types of characters that Shur has keenly evoked in his other sitcoms. The only difference is that his past projects have been more interested in the banality of the workplace than the metaphysical dimensions of our universe. Yet still a lot of the humor of “The Good Place,” which meanders between high- and low-brow jokes, derives from its imagination of the afterlife a kind of mechanized workplace that displays all the same kinds of Kafkaesque hierarchies, legal struggles, and mind-numbing paperwork that crop up in Shur’s other comedies.

The central characters in “The Good Place” each embody highly exaggerated human weaknesses that we as an audience can all too easily identify in ourselves or the people we’re close to (just like in “The Office” or “Parks and Recreation”). For this very reason, the genius of “The Good Place,” and specifically this “Shurian” archetype, is its ability to slowly, over the course of the show, scratch beneath the obnoxious, selfish, pompous, inconsiderate, desperate, or ignorant surfaces of the overblown caricatures that are its protagonists and find real people that we can sympathize with. The audience’s heartstrings can’t help but be pulled when each romantic pair of characters, initially most bothered by the other’s flaws, ultimately ends up finding understanding and affection for one another’s weaknesses in an inexplicable way. Even though the opposites-attract trope is of course a cliché for sitcoms, it somehow works for “The Good Place” because it’s so hard for anything to feel like a complete trope within such a zany premise.

This type of flawed character is, if anything, also amplified by the storyline of “The Good Place” which is based around a group of four sinful humans who have unwittingly been placed in the Bad Place, because of their particular immoralities on earth, to be tortured by being tricked into thinking they are actually in the Good Place. Eventually, however, the four band together and discover how they have been deceived by their demon creator Michael (Ted Danson). After Michael reboots the humans hundreds of times to no avail (each time the group realize it’s the Bad Place), he is forced to team up with them and get them into the real Good Place so that his demon boss won’t find out that his experiment failed.

Most of the humor of “The Good Place” comes from the human characters’ immoral actions and the human tendency for evil, or specifically the desire not to think of oneself as evil even when you’ve already been placed in the Bad Place. On the other hand, the conceptual premise of the show offers an incredible amount of versatility for the show’s humor and social commentary. With the Bad Place as its setting and a demon as its protagonist, the show’s humor, at its best, is able to refract popular culture, contemporary events, and elements of the human condition through the misanthropic eyes of a demon who is seeking to most effectively torture his human subjects. Like most sitcoms, some of the jokes fall flat, but the highs are really high and the lows aren’t bad enough to really disrupt the experience of the show or overshadow the show’s other incredible parts. However, what truly makes the humor and social commentary of “The Good Place” so brilliant is the way in which the show can seamlessly blend high and low culture, waxing philosophical about the existential human condition while also sprinkling in meme references.

At the beginning of season three, Michael has appealed to the afterlife judge (Maya Rudolph), who has wiped the four humans’ memory and sent them back down to earth to reevaluate whether they are good people or not. Unfortunately, Michael fails in his plan to intervene in earthly affairs and bring the group all together so that they can help one another. The group then journeys through a variety of multiverses and alternative dimensions as they’re being chased by Bad Place demons trying to capture their souls. On their journey, however, the group discovers that not a single human has made it to the good place in over 500 years and something is wrong with the system.

The error that the group of five discovers in the afterlife’s algorithm for deciding who’s a good or bad person can be seen as a satire of the technological dystopia that we live in, where omnipotent algorithms rule. The group eventually is able to meet with the afterlife judge in an alternative dimension to bring to her attention the wrench in the system and plead with her to go experience earth for herself and see how impossible it is to be a good person because of all the unintended consequences that actions have in today’s hyper-interconnected world. At the season’s end, the judge agrees to allow the five to set up their own afterlife experiment to demonstrate that humans can be good if the external factors that plague us on earth are removed.

The third season offered a refreshing change of plot and setting, both of which had started to conceptually feel stagnant towards the end of season two. As the character’s predicament began to feel stale once season two came to a close, the third season was able to capitalize on the flexibility of the show’s concept by bringing the setting down to earth, offering a different set of challenges for the characters to overcome and a wealth of new options for comedic direction.

While the first two seasons focused more on introducing the show’s layered concept and individual characters, the third season delves more into the group’s relations with one another, which adds a new dimensions to the show and signals good things to come.