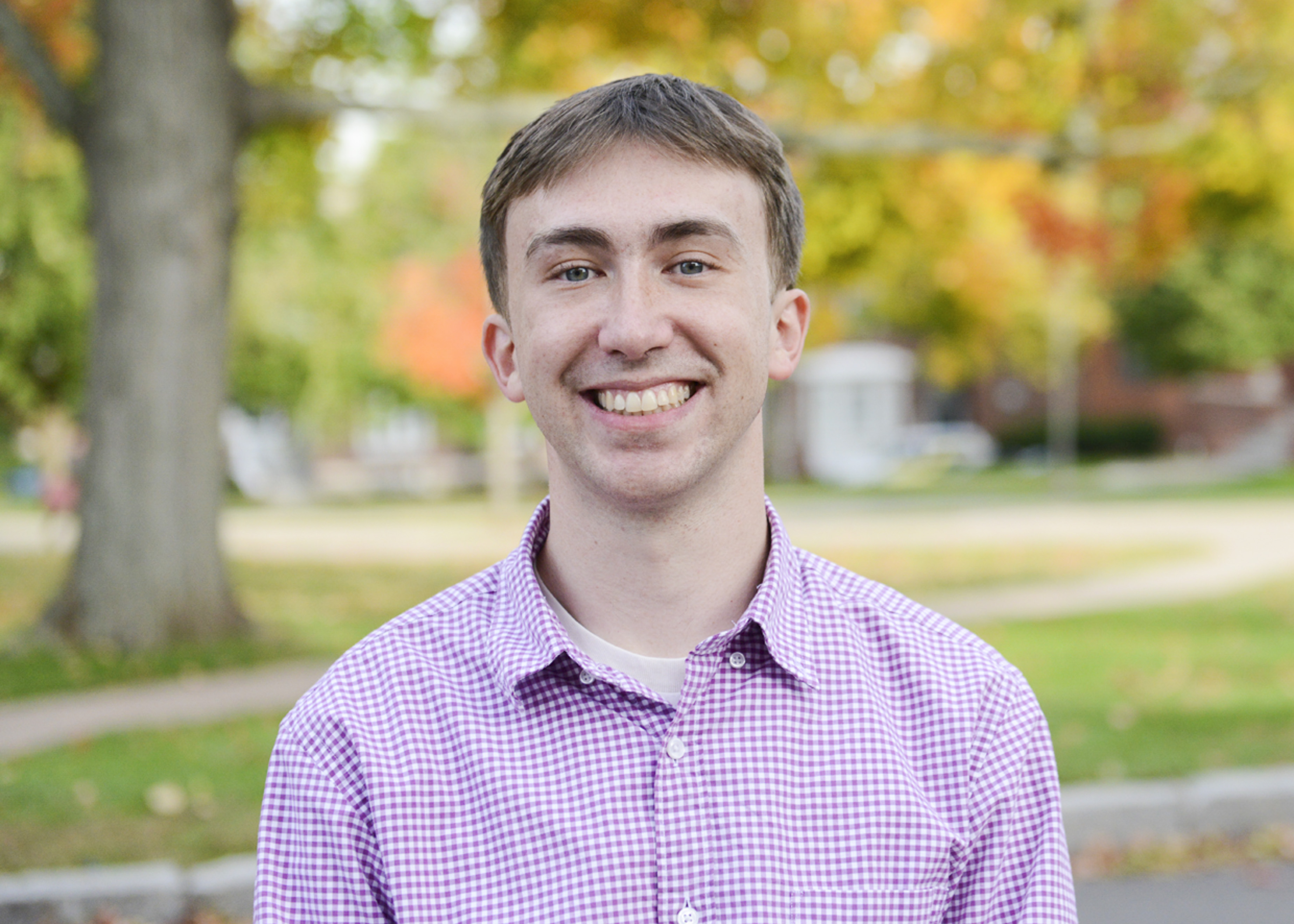 As the University’s in-house congressional scholar, Assistant Professor of Government Logan Dancey teaches and researches topics concerning U.S. Congress, campaigns and elections, as well as public opinion. Currently teaching “Congressional Reform” and “Congressional Policy Making,” Dancey is an esteemed member of the Government Department. The Argus sat down with him to talk about what books he’s reading, his research, and what he sees happening in the 2020 elections.

The Argus: So, what’s on your bookshelf?

Logan Dancey: One of my colleagues was joking that I don’t have a very organized bookshelf. But this semester I’m teaching two Congress classes—“Congressional Policy Making” and “Congressional Reform”—so I’m reading a lot of Congress books and rereading a lot of books on Congress. One of the books that I actually didn’t assign for my classes that I read for the first time recently is this book by a Yale history professor, Joanne Freeman, and it’s called “[The Field of] Blood.” It looks at violence in Congress proceeding the Civil War. That has been fun to read because I mostly study the contemporary Congress, and we talk a lot about polarization, and it was interesting to read a time when congressional animosity actually led to violence in Congress or among members of Congress outside the institution.

A: When did you know you wanted to be in the political world? What sparked that interest?

LD: I mean, I don’t know if I think of myself in the political world, as much as I think of myself studying it. When I went into undergrad, I was kind of leaning towards being a political science or government major, but I didn’t necessarily think that I would go into academia. I just really enjoyed my classes in college and really enjoyed engaging with the topics and thinking about these things from a political perspective, and so it was probably junior year of college that I kind of started seriously considering pursuing that path.

LD: I think I’m probably most interested in questioning and teaching about representation in Congress: how members of Congress go about seeking to represent their constituencies and the ways in which members’ personal identities and experiences shape their legislative goals and priorities.

LD: Yes, exactly! It’s something I enjoy talking about with students. Those sections are always my favorite parts of my classes. We do a lot of stuff on congressional procedure in some of my classes too, and that stuff is important and aspects of it can be fun, but it’s not always as exciting of a topic as elections and representation.

A: Do you think the way you teach classes about Congress has changed due to the current political climate? Have this new class of freshman Congresspeople changed your courses on Congress and how have you adapted to that?

LD: A lot of the core parts of the syllabus don’t change in major ways. I still think there’s a lot of ways of thinking about what motivates members of Congress or how does Congress operate that remains constant. But I do try to update things with the times, and I think that this semester there was much more interest—at least from what I saw from students—in the new incoming Congress. I think a lot of the new members on the Democratic side have brought a new energy and potentially have reached out to young people in a way that wasn’t always the case in the past. So, I’ve tried to some degree to use that to frame some of these broader discussions that we’re having and thinking about these new members in relation to some of the theories we’re reading. And so I think to the extent that exciting things happen in Congress, it is always good to capitalize and use those as a lens into some of the broader questions we’re discussing.

A: If you are conducting separate research now, what are you working on or researching?

A: I have to ask—what do you see happening in 2020? Who do you think has the best shot to win in the current Democratic field? Do you see Trump getting reelected?

LD: I mean, I think Donald Trump could get reelected. Incumbent presidents tend to win reelection, and so I think you have to start from the assumption that Donald Trump stands a good chance of being reelected. I think he has, you know, lower approval ratings than most presidents have at this point in their presidency and it seems not to have ever gone up much above kind of the mid-forties. So, I think he has some weaknesses that mean he’s probably more vulnerable than previous incumbent presidents have been. I’m not sure what I think his chances are relative to where we might expect an incumbent president to be because he’s a unique political figure in so many ways.

On the Democratic side, I mean, the field is so big it’s hard to pick one candidate. I think Kamala Harris has a lot of strengths and seems to be, of the people so far declared, maybe has gotten the most positive media coverage. Or at least, that’s just my impression. I also think the fact that California is voting earlier in the cycle this year, and her being from California helps her. So, I would think of her as one of the clear front-runners on the Democratic side. I still think that Joe Biden, if he gets into the race, has a chance just given his name recognition and the fact that most Democrats have a positive impression of the Obama presidency and his clear, obvious association with that. Beyond that, it’s hard to say because I think that there are just so many people out there. I think part of the reason why the field is so big is because Democrats feel like they have a real chance at winning the election. And so a lot of strong Democratic contenders have decided that this year is a good year to run and think that they could beat Donald Trump. So you’ve just seen a lot of really high profile, well known political figures consider the race which makes it difficult to predict, I think.

A: Lastly, what advice would you give to students who are potentially interested in campaigns and elections?

LD: I think they should take my campaigns and elections class!

A: When is that offered?

LD: Typically in the fall of election years. But you know, I don’t have as much experience on the campaign side and breaking into the campaign world, and so some of my advice is more limited. I do think getting involved in campaigns is clearly kind of the best way to get a sense of what it is that campaign work involves and what different jobs are available in campaigns. It also starts building a network for you of people that you know. I know students that have been involved in campaigns who just kind of decide that they want to work for a presidential campaign or even decide they want to work for a local Connecticut House race, or state legislative race, and have built up networks that way and been able to use those to move into the world of political organizing. I also think students should take advantage of the alumni network. Wesleyan has a lot of politically active students, and I think I know and other people know people that are working in the political world who I’m sure would be happy to talk to Wesleyan students about that work. Lastly, I think that there’s different routes to go probably in campaigns. I can think of students that graduated that do field organizing, even at the presidential level in states. I also know students that have gone and worked for data driven companies that do a lot of data analysis as ways of trying to measure the effects of campaigns or figure out the most effective way to mobilize voters. And so I think people can take different routes to get into the campaign world, and I imagine there are different skill sets that people can build up that can apply to different jobs there.