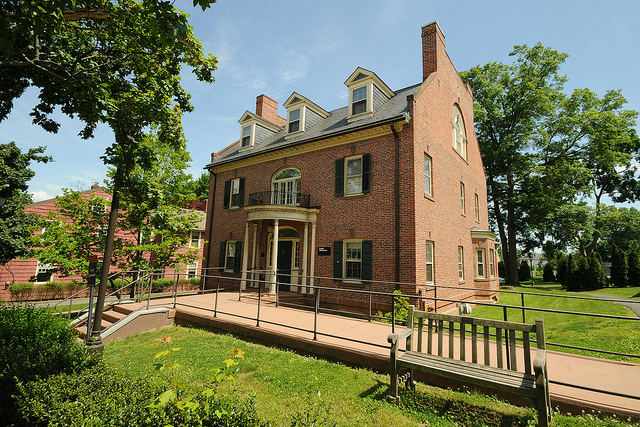 On Thursday, Feb. 7, the English Department announced that it would begin accepting applications for the Olin Fellowship, a grant-based award that supports undergraduate work in the field of English literature or writing.

The fellowship was established in 1854 by Lois Richardson, mother of former University President Stephen Olin, and later increased by gifts from Olin’s son Stephen Henry, Class of 1866, and his wife, Emeline. The fellowship is available annually to rising sophomores, juniors, and seniors who plan to use the funds for English work outside courses offered by the University. This work includes academic summer programs, research, training, or long-term writing projects. According to the English Department’s website, fellowships are awarded on the basis of a project’s merit, the student’s ability to carry out the project, and in recognition of demonstrated promise and achievement in the study of English.

To be considered for the fellowship, each student must complete a detailed proposal with a cover sheet, a two-page description of their project, an itemized budget of expenses, a writing sample, and the names of two faculty members who can serve as references. If awarded the fellowship, students must submit a report on their project in September. While this process is somewhat labor-intensive, it is well worth it for many students.

Jaime Marvin ’19, who received an Olin Fellowship last spring, said the grant was instrumental to her thesis research on tarantism, a form of hysteria caused by a spider bite.

“I used the money to go back to the region [of Southern Italy] where the hysteria originated, to visit museums devoted to peasant life, but primarily to visit the town of Galatina, where there was a church devoted to the hysteria, and where there is also the world’s only museum on the subject,” Marvin wrote in an email to The Argus. “Being there helped me feel so much more connected to my project, and to the young women I’m writing about, especially when visiting the church, and standing in the same places where they stood.”

Marvin admitted that while her thesis plan was well-thought out, her choice to apply for the grant was somewhat spur-of-the-moment.

“I didn’t really even know about the grant or that the application was due until about a week out honestly, when I realized a lot of my friends were applying for it,” she explained. “I’d always had a vague idea that I wanted to travel for thesis research, because some friends in the years above me had done so and it sounded really exciting and empowering to travel alone just researching things that spark interest. I’d been thinking about my project for months though, so writing the description of my thesis, and why I felt I needed a research grant to do it justice, all came out pretty easily.”

In addition to the Olin Fellowship, the English Department offers a second grant-based opportunity each year to graduating seniors and recent graduates. Established in 1938 in memory of Professor Caleb T. Winchester, Winchester Fellowships support graduate work in the fields of English literature or writing, specifically work geared towards the completion of a PhD. In order to be considered for the fellowship, applicants must be admitted to a graduate program and submit an itemized budget and two letters of recommendation.

The application deadline for both fellowships is April 1 at 5 p.m.