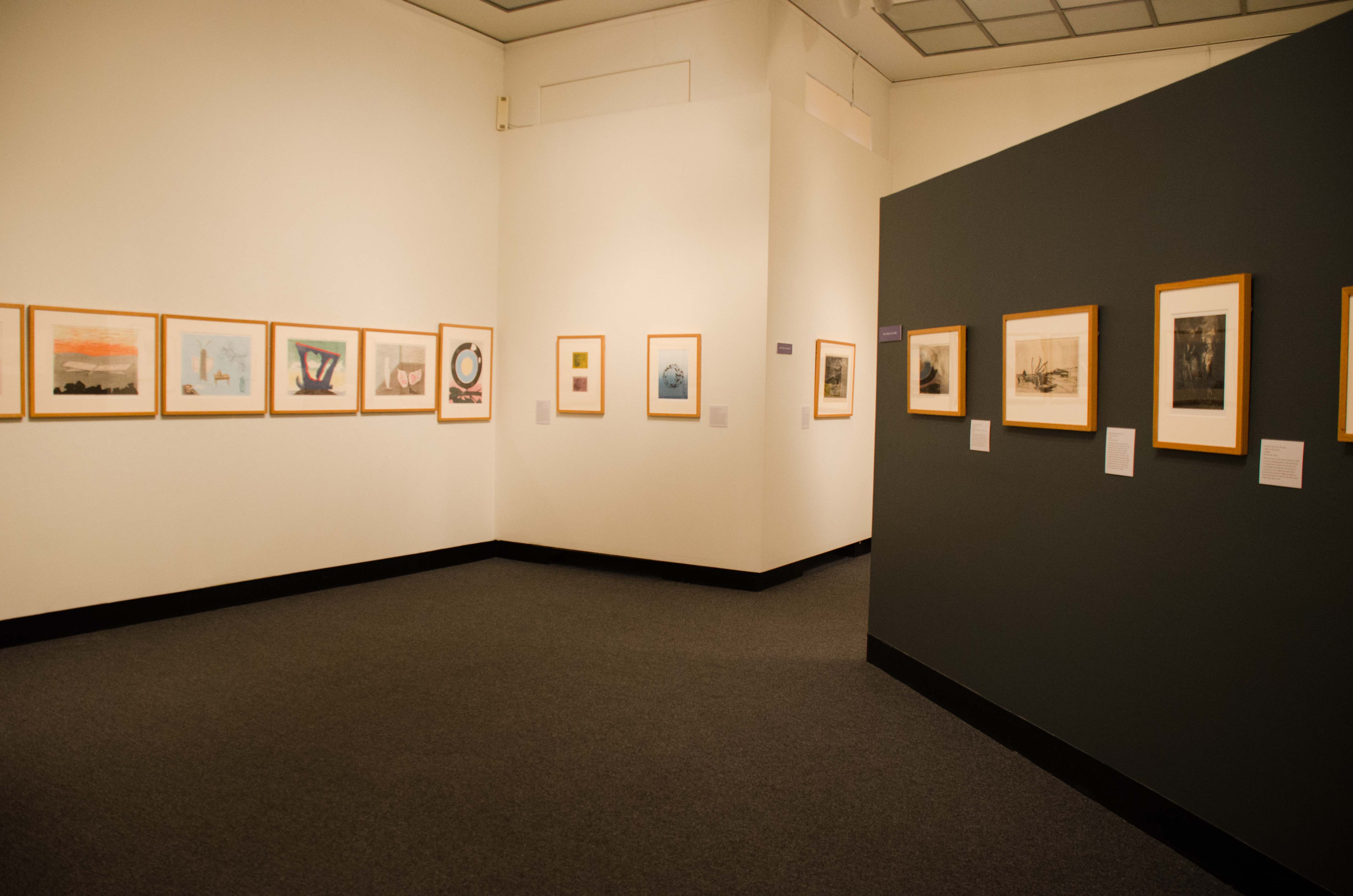 Do we utilize animals as subjects in art in an attempt to really understand them? Or do we simply use animals as allegories for human life, teaching us a lesson only for us to leave them behind? These were just a couple of the questions that were posed during University Professor Kari Weil’s gallery talk at the opening reception of “Bestiary,” the Davison Art Center’s currently displayed exhibition. The exhibition opened on Thursday, Feb. 7, and it will run through the month until Thursday, March 7. Almost all of the pieces on display are drawn from Davison’s permanent collection and were curated by Miya Tokumitsu.

Traditionally, bestiaries were medieval collections that focused on real or mythical animals, and they typically told a story with some sort of moral lesson. The Davison show contains a wide variety of works, spanning many different artistic eras. Elements of the Renaissance and Surrealist movements were both visible in the exhibit, in conversation with pieces exploring the way in which we understand animals in the contemporary era. The exhibition raises questions about to what extent our conceptions of animals and animal beings have changed over the course of history and how we can best represent them.

Professor Kari Weil teaches in the College of Letters, College of the Environment, and Environmental Studies departments. She is also the co-coordinator of the Animal Studies program. She describes herself as being someone who “writes about how we have understood and how we have represented non-human animals.”

In her discussion of the exhibition, Professor Weil pushes the viewer to take a different perspective on bestiaries. While the artists may not have been thinking about the animal’s own perspective in their art, it is important for the viewer to keep in mind, as “the very notion of animal representation poses a problem because we don’t really have much evidence of animals representing themselves that we can read or understand.”

Contemporary artists have to grapple with seemingly infinite past representations of animals in art while also taking into consideration the modern era. Recently, we have seen an uptick in interest in veganism and vegetarianism, and as a society we are becoming more and more conscious of how much harm our actions can have upon the rest of the animal kingdom. All of these aspects are ideas that the artists in the exhibition have to take into consideration. Something else that contemporary artists have to question is our tendency to anthropomorphize animal subjects and whether or not that is an issue, says Professor Weil.

“Bestiary” pushes the viewer to ask the question: How do we represent animals without letting our own biases and preconceived ideas impact that representation? Or, is that even something that we should take into consideration? Professor Weil puts it another way, asking, “Can we see them on their terms, and what would that look like?”

The exhibit is divided into six distinct sections. The first, titled “Animal as Subject,” includes a striking engraved portrait of Suki, a gorilla from the Bronx Zoo who was observed by the artist David Barthold. This piece is a great point of reference for the anthropomorphizing debate, for the gorilla is depicted in a manner which draws upon art-historical conventions of human portraiture, harkening back to techniques used in Classical antiquity and the Renaissance. The section is rounded out by an 18th century painting titled “Horse Frightened by a Lion,” by George Stubbs, which was one of the earliest representations of animal emotions. Though, perhaps the most powerful section of the exhibition is the last one, entitled “Stilled Life.”

“Within the preselection of objects, many of the sections sort of fell into place on their own,” Tokumitsu told The Argus. “But there were so many that powerfully dealt with the idea of stopping animal motion that the ‘Stilled Life’ section emerged very clearly on its own.”

The “Stilled Life” section contains a collotype by Eadweard Muybridge from 1887 titled “Elk in Irregular Gallop.” According to the plaque next to the piece, Muybridge was challenged by California Governor Leland Stanford to investigate whether horses simultaneously lift all four of their feet from the ground while trotting. After determining that horses do in fact lift up all four feet, Muybridge went on to study other animals as well. Professor Weil made it a point to mention that, while Descartes may have said that animals are by nature machine-like, the pieces in this section of the exhibit push forth a different message. In an attempt to know animals better, the pieces suggest, perhaps humans are in fact responsible for turning them into machines.

In her talk, Professor Weil mentioned that she and her fall First Year Seminar, “Thinking Animals: An Introduction to Animal Studies,” were invited by Tokumitsu to take an early look at some of the works that were to be in the collection. Tokumitsu said that it was rewarding to hear students respond so strongly to the collection.

“I was surprised at how much students had to say about ‘The Mole’ [an engraved piece from 1548], given how strong of an image it is, and because people have so many embedded emotional ideas about animals,” Tokumitsu told The Argus.

She found it especially exciting when students connected to pieces from different historical periods, given how much our perception of animals has evolved since then.

“Stilled Life” closes out with an image of birds hanging on a wall and another of chickens in a coop. Both bring out a feeling of pain and suffering, reminding us that, in the words of contemporary artist Damien Hurst, “You kill things to look at them.” The entire exhibit contains works of art which draw upon happiness and sadness and push you to look at animals in a new way.